1/ Former acting FBI director Andrew McCabe wrote a confidential memo about a May 2017 conversation he had with Rod Rosenstein regarding the firing of James Comey. The memo says Trump originally asked Rosenstein to reference Russia in the public memo used to justify firing Comey. McCabe thought that seemed like evidence that Comey's firing was actually about the Russia investigation and that Rosenstein was helping to provide a cover story by writing about the Clinton investigation. (New York Times)

3/ Trump is preparing to block German luxury carmakers from the United States.

You mean those same German luxury carmakers that have factories in the United States and employ tens of thousands of workers?

Is this to benefit the American carmakers that have been shipping manufacturing jobs off to Mexico?

Beyond breaking the seal on the pardon power much earlier in his presidency, publicly teasing them before carrying through, and so far using them for very political ends, Trump’s pardons are also different because they have occurred one at a time.

I see this as sending a message to his friends: “don’t worry about campaign finance, corruption, or obstruction of justice crimes; I’ve got your back.” If these people have any sense of morals, they will decline the pardons. It’s not like Martha Stewart is suffering as a result of her past conviction.

Trump brought up the commutation and additional pardon while talking to reporters on Air Force One, shortly after he announced D’Souza’s pardon via Twitter.

It is another by-the-seat-of-his-pants move…on lining up other potential pardons who on the face of it, did break the law…and had to go to jail. The dangling of these pardons meant of course for T loyalists - see Manafort, Cohen not to cave to any possible sentencing, because they will get T’s pardon.

If Roy Cohn (T’s mentor) had this power, he surely would have done this…stuck it back to Justice, and tell them who’s running the show.

But to keep it on T’s level, both Blagojevich and Stewart were on The Apprentice, so he’s still in his reality TV head space. Kicking up controversy always.

See comments T made on the plane about who and why he’s intending to pardon…yup, Blagojevich and Martha Stewart. 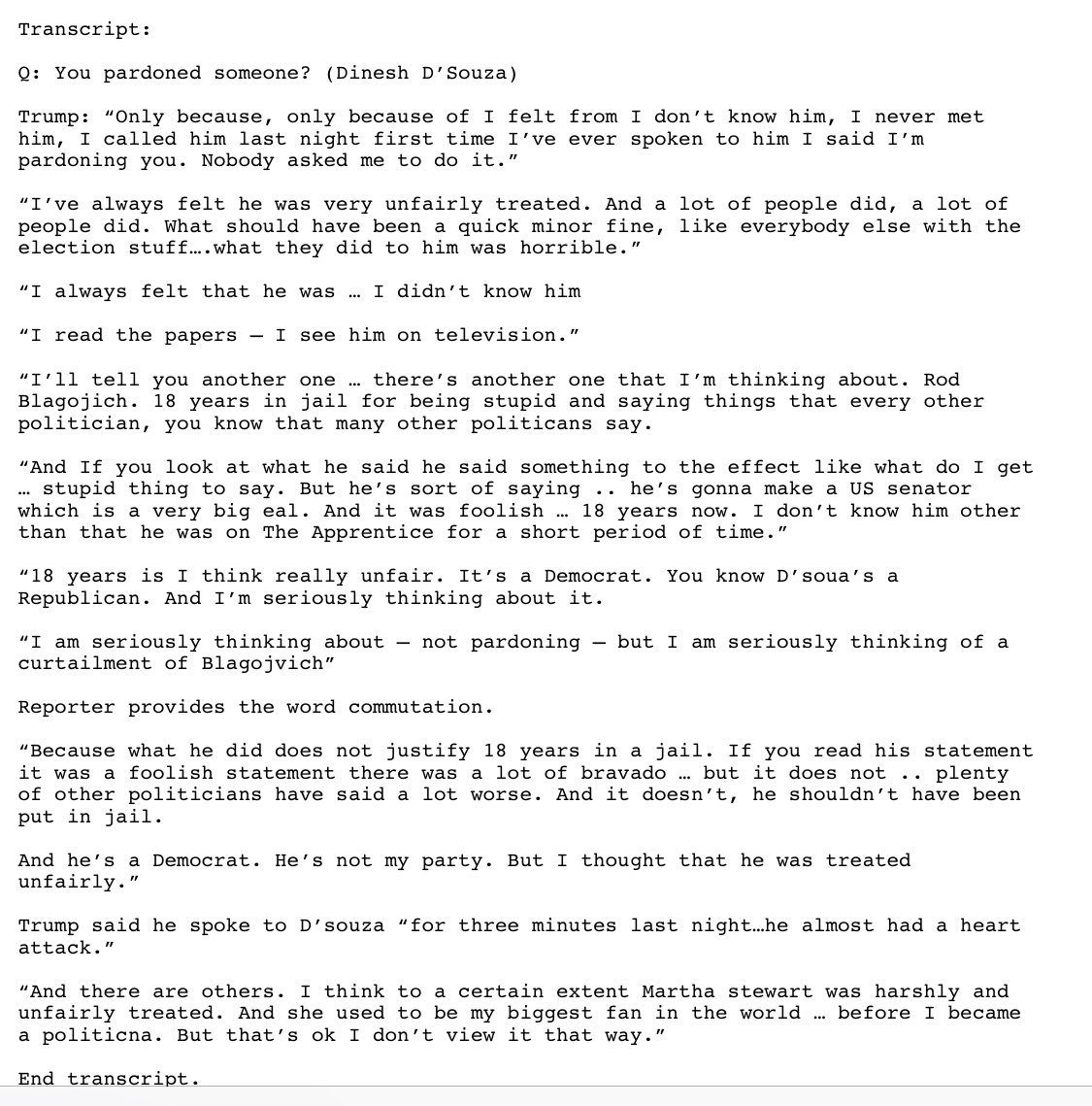 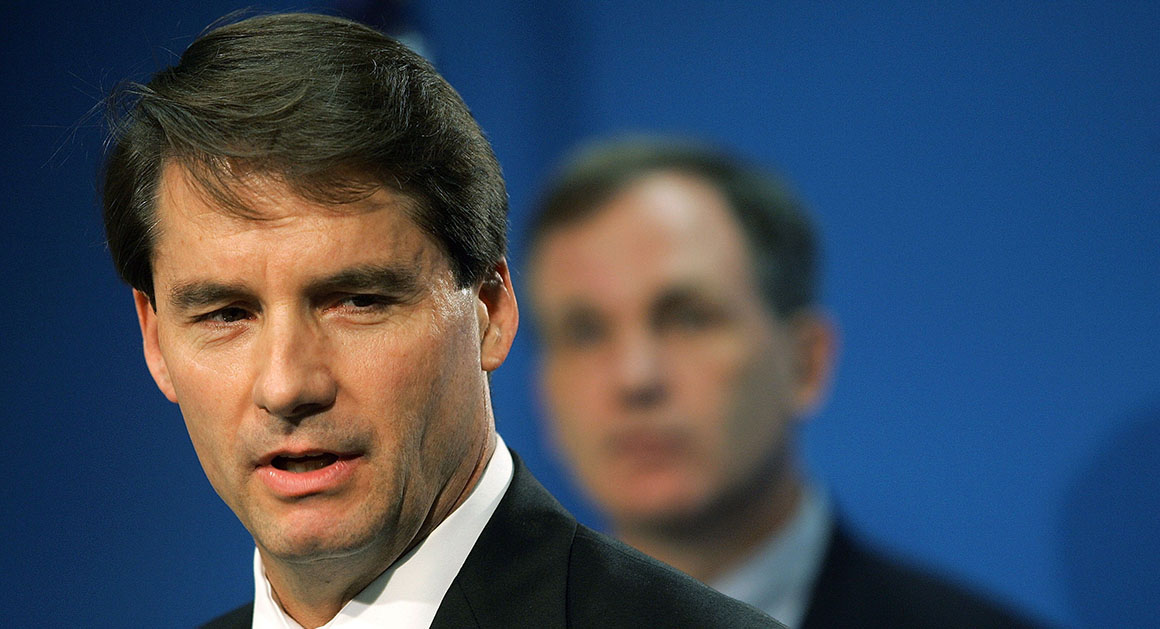 President’s remarks a product of "spite and animus" toward Mueller, Comey. 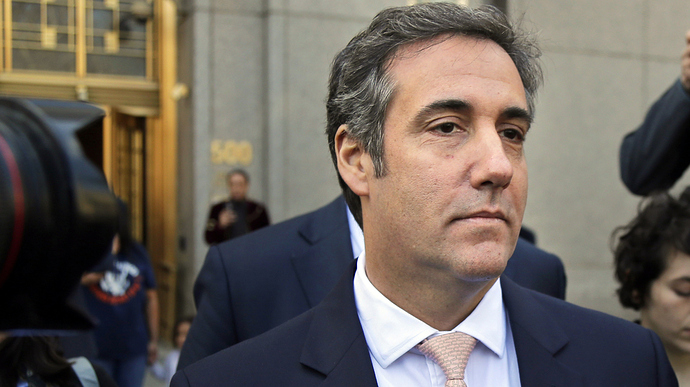 Michael Cohen is facing legal peril. But he's usually the one using legal pressure to fix issues for Donald Trump before they become problems. NPR has audio of Cohen making threats in 2015.

This audio recording of a conversation between a writer and Cohen speaks for itself. It portray’s Cohen’s style and tactics as a lawyer.

Illinois just became the 37th state to ratify the Equal Rights Amendment! 38 states are needed for ratification before appealing the deadline in Congress. The ERA was originally written by Alice Paul and Crystal Eastman. This constitutional amendment to forever protect women’s rights was introduced in Congress for the first time in 1923 and has been reintroduced in every session of Congress since.

Full text of the Amendment:

Section 1. Equality of rights under the law shall not be denied or abridged by the United States or by any State on account of sex.

Section 2. The Congress shall have the power to enforce, by appropriate legislation, the provisions of this article.

Section 3. This amendment shall take effect two years after the date of ratification. 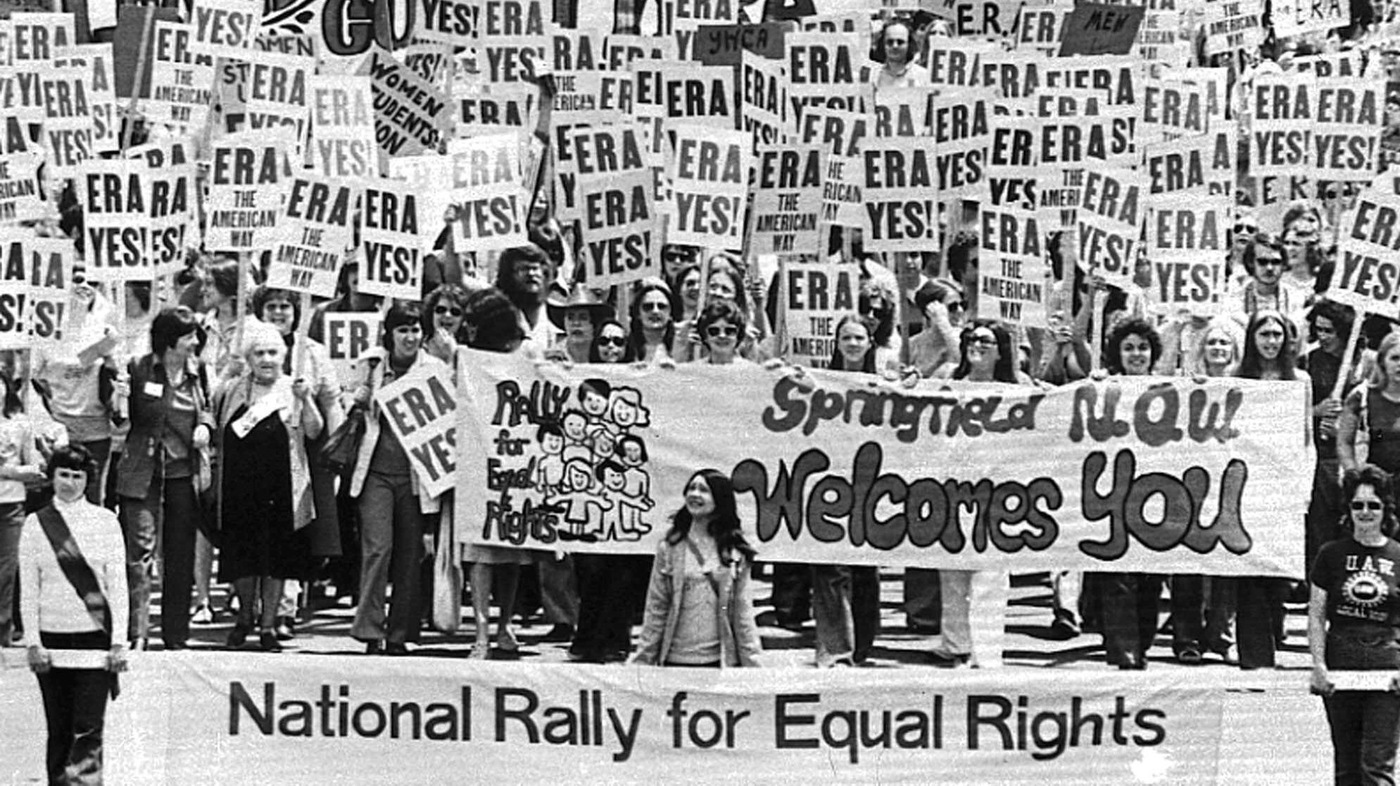 The passage comes 36 years after the ratification deadline set by Congress. Some say the votes are merely symbolic — but the ERA's backers disagree. 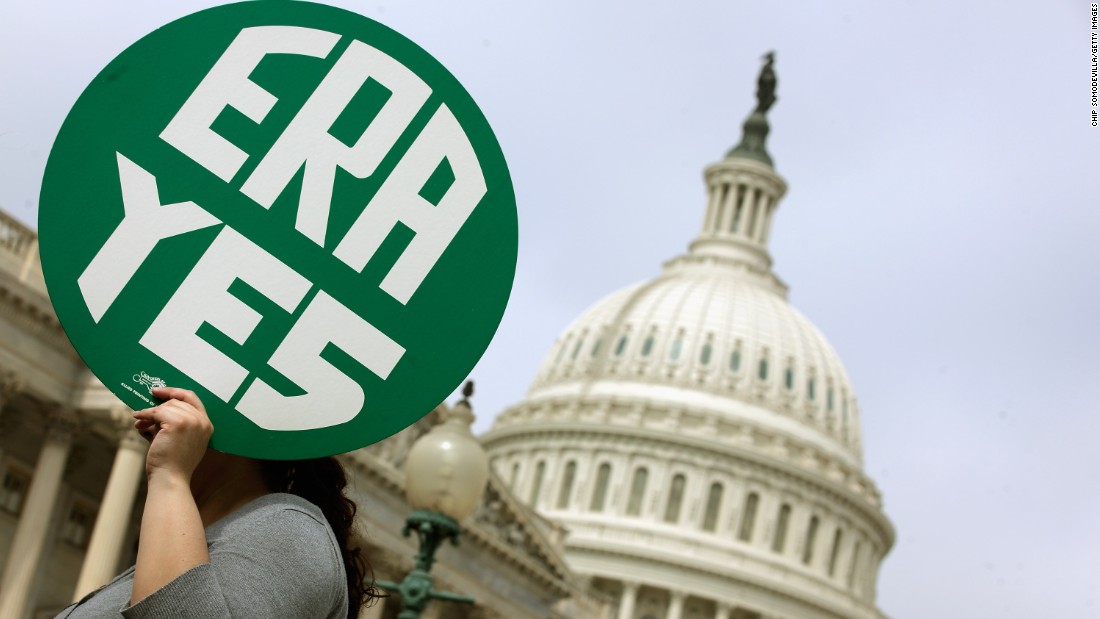 Only one more state needs to pass the Equal Rights Amendment to finally get...

The ERA, which ensures equal treatment for men and women, is more than 90 years old. It's also not an official part of the Constitution -- but it's getting closer.