1/ Giuliani claimed Mueller's team is "trying very, very hard to frame [Trump] to get him in trouble when he hasn't done anything wrong." He added that Mueller's team "can't emotionally come to grips with the fact that this whole thing with Russian collusion didn't happen. They are trying to invent theories of obstruction of justice." Giuliani also reiterated the claim that Trump has the power to pardon himself, but won't do so because "he's innocent and "has done anything wrong." (Associated Press)

WOW! Trump is worried about Mueller trying to ‘frame him’ to get rid of him. Is this the same way he ‘frames’ everyone he gets rid of-or those who leave his dictatorship and criticize him. That is calling the kettle black!

When lawyers need lawyers…we’ve really reached a new plateau in this unwieldy mess.

Marc Garfinkle, a New Jersey ethics attorney, told Reuters that he has been retained by Bruce Baldinger, a longtime lawyer for Manafort also based in New Jersey, as a legal consultant to advise him about “attorney confidentiality and privilege issues that may arise” in the case. He did not elaborate on the details.

If prosecutors determine that Baldinger’s role in the deals was minimal and he was unaware of any purported fraud, then his legal exposure could be limited to being called as a witness at any Manafort trial, legal experts said. They said, however, that if prosecutors believe he knew about any fraud or may have participated, then his legal risk could be much greater.

Garfinkle said he did not know whether or not Baldinger had also separately retained an attorney and added that it “doesn’t appear that he has any need to.” 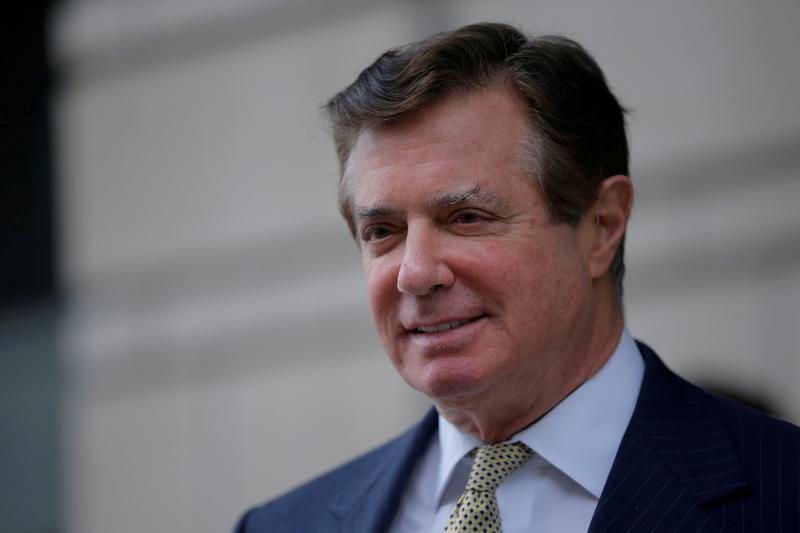 Also See Michael Cohen - Stephen Ryan, plus 15 others going over his papers that were retrieved by Mueller. Cohen’s decision is the latest indication that the Russia probe is intensifying and could end up focusing on a number of Trump associates.

Hmm… Manafort’s real estate lawyer needs an “ethics attorney”, Mark Garfinkle. Is he called an ethics attorney sort of the same way that real estate projects are named after what they destroy? (for example: Acton Woods Plaza or Meadow Glen Mall)

Shocker he has ties to Manafort, Cohen and the pro-Russia Ukrainian billionaire Akhmetov.
I’m including the Author’s tweet because it’s a pretty good lead in into the story.

On April 11, I called Trump’s favorite architect to ask about jobs he did in Eastern Europe that recently drew Mueller’s eye. Within hours, John Fotiadis closed down his 10 yr old architecture firm, deleted his portfolio and left Twitter. He’s still MIA. https://t.co/1hSyqfbARP

Meet the New York architect who was a key figure in Donald Trump's deals and...

John Fotiadis designed some of Trump's most ambitious luxury developments in the former Soviet Union. But when CNBC tried to reach him, Fotiadis seemed to disappear.

@Pet_Proletariat Wow, that’s an amazing report on Trump’s architect, John Fotiadis. This looks like a major development in the investigation. My favorite line from the article (a variation of which seems to pop-up in many exposés these days):

If a line like that appeared with my name in it, I think I’d go hide under the bed – which is just about what Fotiadis did, considering that within hours of being contacted by the reporter, he shut down his website, twitter feed, and thriving, world-renowned architectural firm and then holed up with an obscure company that designs storage units. It’s also telling that everyone the reporter contacted about Fotiadis completely clammed up. Suspicious much?

One of Fotiadis’s clients that stood out to me was Rinat Akhmetov:

Today, Akhmetov is best known to Americans as the Ukrainian oligarch who first hired former Trump campaign manager Paul Manafort in 2005 to come and work for him in Ukraine. For the next 10 years, Manafort would serve as the top consultant to Akhmetov’s pro-Russia political party.

This leads to another intriguing connection: While Manafort was working for Akhmetov, his “right-hand man” was Konstantin Kilimnik – that’s the same Kilimnik who just assisted Manafort with witness tampering, among other nefarious Russian-connected activities.

Trump, Manafort, Akhmetov, Kilimnik, a host of others, and now Fotiadis. The Den of Thieves just keeps on growing.

Fortiadis is very much a part of the T/Cohen new buildings enterprises and the fact that he’s gone missing, well, that says a LOT.

Christine is doggedly pursing this story.

I’ll have to watch tonight.

@Pet_Proletariat @dragonfly9 Hooray! The TRMS segment on Trump’s architect is now available on the MSNBC website: Rachel Maddow looks at what has become a pattern of panic by Donald Trump affiliates and associates when questions from or about the Trump Russia investigation send them hiding, denying, or shutting down operations.

This is “Must See Maddow.” And here’s her follow-on interview with the CNBC reporter who broke the story (good on you, Christina Wilkie): Christina Wilkie, White House reporter for CNBC, talks with Rachel Maddow about the peculiar behavior of John Fotiadis, Donald Trump's favorite architect, who appeared to take drastic steps to reduce his public profile just as Wilkie asked him about...

@Keaton_James The whole story is super fishy, why would he close his business, what’s with all the Russia connections? Was he working on Trump Tower Moscow? So many new questions! This guy is so sketchy, if I were a FBI investigator for the special counsel, I would look into his billing practices and billable hours, as just a designer, I have to make sure all my billable hours are detailed and well noted.

Btw, four Eames chairs and a Noguchi coffee table in the lobby of a design firm is not good interior design. I checked out that guy’s new firm and most of their portfolio images are just low resolution computer renderings. Maybe a few were of a real built environment. Kinda looked like a college portfolio, lol. SNS Architects and Engineers, PC is pleased to announce the completion of our office renovation.  As we pride ourselves on keeping an open mind to innovation designing keen sense of attention to detail, our renovation including the selection of...

I should reserve image search this company’s portfolio, it’s just so inconsistent. Even bad architects are better than this…

Well, kinda…but the toothpaste is outta the tube at this point, right? What’s built has already destroyed an area.
A “legal clean up” guy is more like it to make the paperwork look better.