1/ Attorney General William Barr told the Jan. 6 committee that Trump had “become detached from reality” while pursing efforts to overturn the 2020 presidential election results. “Before the election it was possible to talk sense to the president,” Barr said. “After the election, he didn’t seem to be listening.” Barr’s testimony, shown at the panel’s second public hearing, portrayed Trump as refusing to believe that the results were legitimate. “I was somewhat demoralized,” Barr said, “because I thought, ‘Boy, if he really believes this stuff, he has, you know, lost contact with — he’s become detached from reality if he really believes this stuff.’” Former Trump campaign manager Bill Stepien also told the committee that Trump’s world had divided into “Team Crazy” vs. “Team Normal” Despite repeatedly being advised against pursuing claims that the election was stolen, Trump pressed ahead and raised $250 million from supporters for the so-called the “Official Election Defense Fund” – which has never actually existed. Trump instead used the money to create the Save America PAC, sending millions of dollars to allies and former Trump officials. (New York Times / Los Angeles Times / Politico / Washington Post / Bloomberg / CNBC)

JUST IN: Select committee releases new details of Loudermilk's tour, showing actual evidence of the guests photographing tunnels/hallways and other details of the complex that the committee says are not typically of interest to tours. january6th.house.gov/sites/democrat… https://t.co/pVruGhmlXc 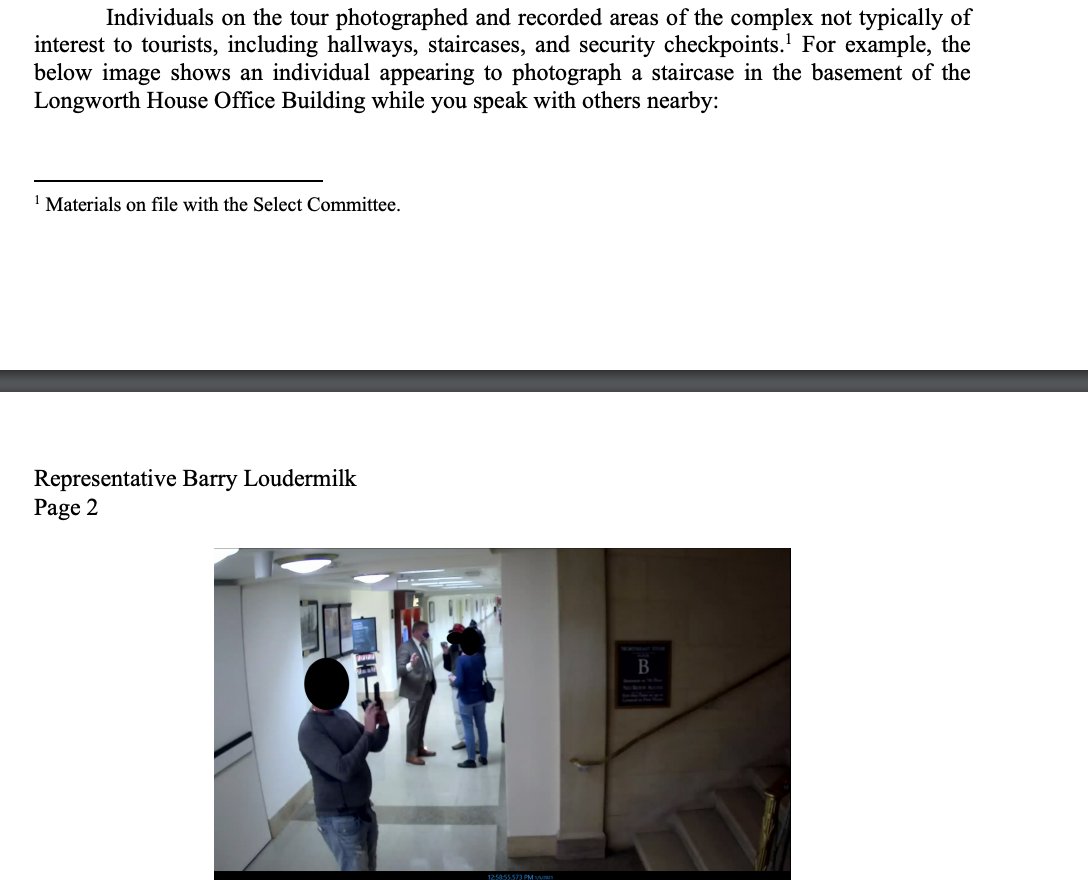 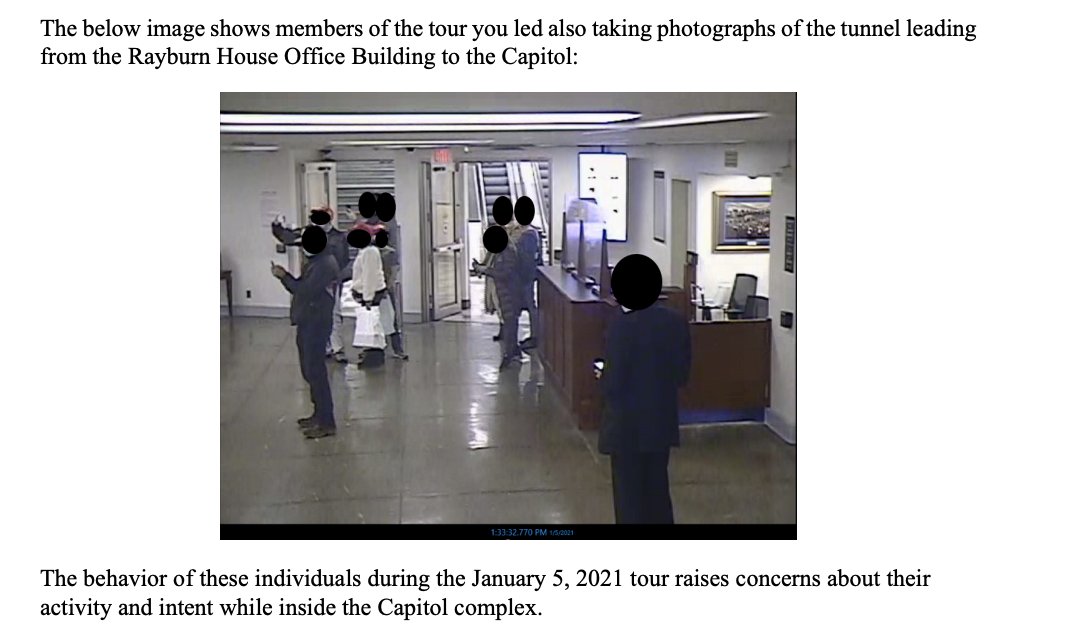 ‘We’re Coming for You’: Man Given Tour of Capitol Complex by GOP Rep Showed...

Footage shows a man outside the Capitol ahead of the riot on Jan. 6, after investigators say he had been taking pictures inside the complex during a tour a day earlier.

Surveillance footage shows a tour led by Loudermilk to areas in the House Office Buildings, as well as the entrances to Capitol tunnels. Individuals on the tour photographed/recorded areas not typically of interest to tourists: hallways, staircases and security checkpoints. https://t.co/Rjhf2BTdbc

The Select Committee renews request for information from Representative Barry Loudermilk. In a letter to Loudermilk, Chair @BennieGThompson underscored the need to gather more info about certain individuals who were part of the tour through the Capitol complex on Jan 5, 2021. https://t.co/G91zhuws4e 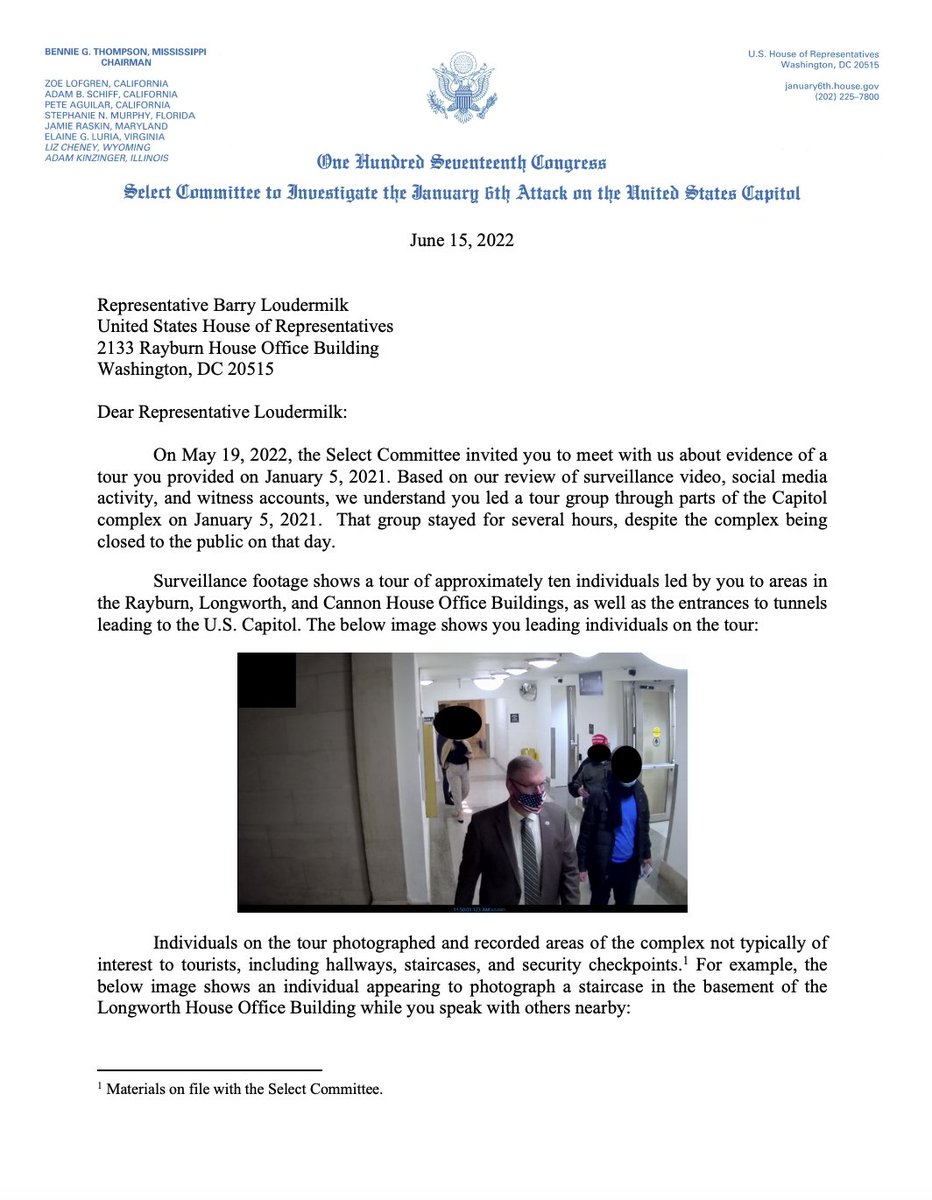 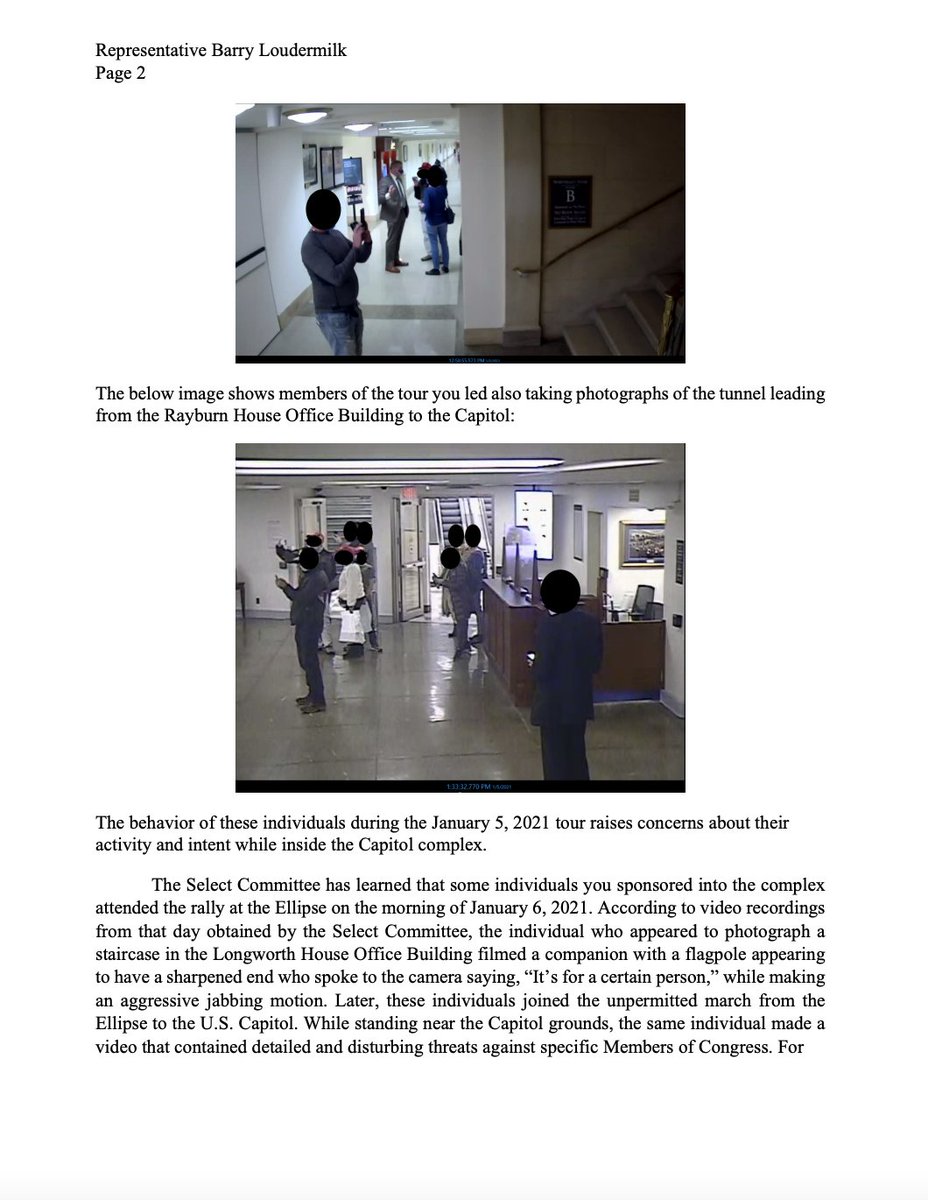 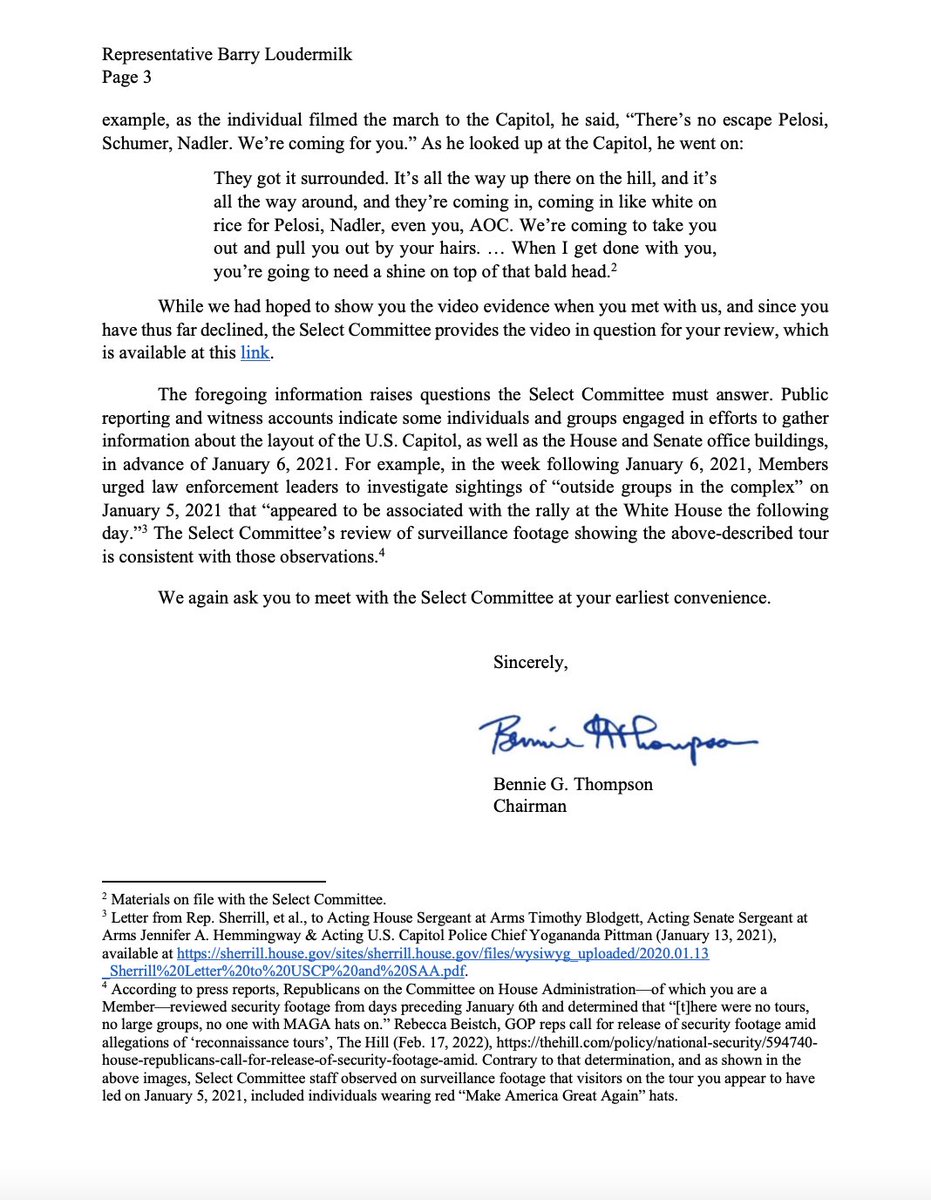