1/ Hundreds of children separated from their parents are waiting inside cages in an old warehouse in south Texas while they wait to be turned over to shelters funded by the Department of Health and Human Services. More than 1,100 people are being held inside facility, which is divided into separate wings for unaccompanied children, adults, and mothers and fathers with children. (Associated Press) 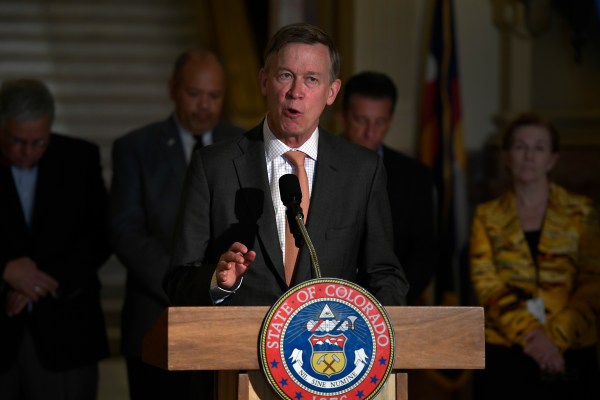 We need every governor to do this. I’m sending an email to my governor urging this right now! 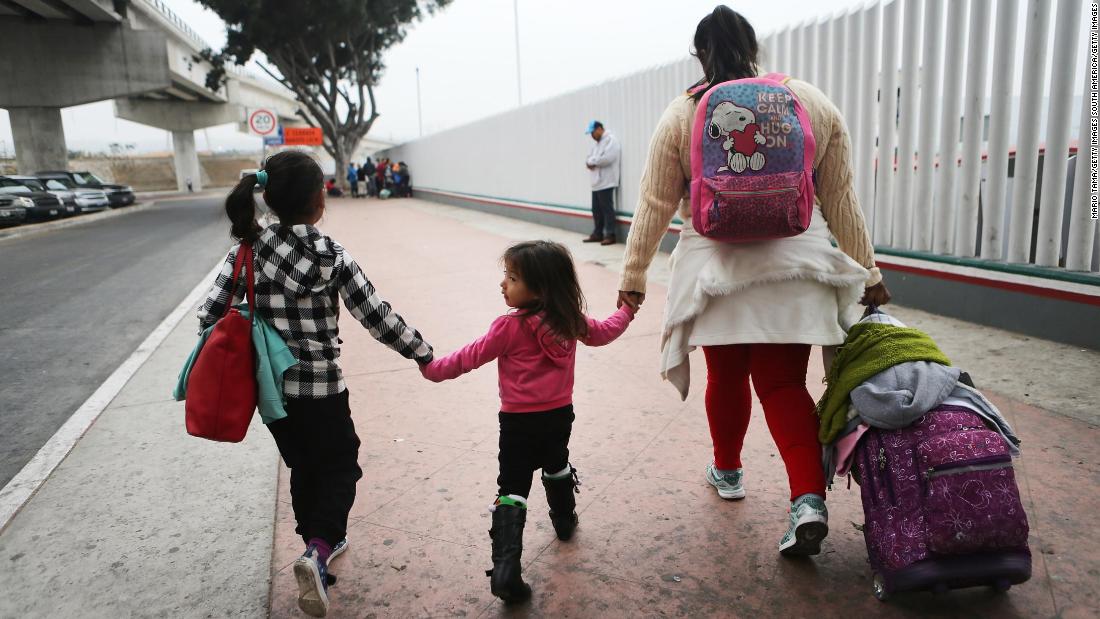 Immigration in the US: What's happening at the border

More than 2,000 children remain separated from their parents despite President Trump's executive order, and House Republicans are working on their immigration bill. Follow live.

CNN is tracking developments at the border in real time – excellent minute-by-minute reporting.

This serves no purpose other than kicking the world into a dangerous and costly new arms race. If we really want to increase our efforts in developing military space technology, we can do so quietly by expanding research and development programs within our existing agencies and military branches. Why throw down the gauntlet? Typical provocative, self-destructive behavior from our Commander in Chief, Captain Chaos. Baker joins a growing chorus, including former First Lady Laura Bush and a coalition of Catholic Bishops, condemning the Trump Administration's decision to take children away from asylum seeking families.

Another governor takes concrete steps to fight Trump’s policy of separating children from their parents.

3/ The White House continued to falsely blame Democrats for the Trump administration’s policy of separating migrant children from their families . The separations stem from Jeff Sessions’ “zero-tolerance” policy announced last month. Via tweet, Trump blamed Democrats for being “weak and ineffective with Border Security and Crime” while urging them to agree to immigration legislation and to fund his border wall. Trump added that “the United States will not be a migrant camp… not on my watch.” (Washington Post / New York Times / NBC News)

DHS is straight up lying. Straight from the horse’s mouth. Here is DHS’s press release on the new Trump guidelines for separating families.

The Attorney General directed United States Attorneys on the Southwest Border to prosecute all amenable adults who illegally enter the country, including those accompanied by their children, for 8 U.S.C. § 1325(a), illegal entry.

Children whose parents are referred for prosecution will be placed with the Department of Health and Human Services (HHS), Office of Refugee Resettlement (ORR).

The Attorney General directed United States Attorneys on the Southwest Border to prosecute all amenable adults who illegally enter the country, including those accompanied by their children, for 8 U.S.C. § 1325(a), illegal entry. Children whose...

Welcome to the New Cold War. We’re now on the offensive with the ability to almost completely cripple an adversary’s critical infrastructure leaving them completely blind to any forthcoming physical attack with no rules of engagement. Evil empire much?

Until now, the Cyber Command has assumed a largely defensive posture, trying to counter attackers as they enter American networks. In the relatively few instances when it has gone on the offensive, particularly in trying to disrupt the online activities of the Islamic State and its recruiters in the past several years, the results have been mixed at best.

But in the spring, as the Pentagon elevated the command’s status, it opened the door to nearly daily raids on foreign networks, seeking to disable cyberweapons before they can be unleashed, according to strategy documents and military and intelligence officials.

As the Defense Department elevated the Cyber Command to a status equal to the Indo-Pacific Command, the European Command, the Space Command and the Joint Special Operations Command, among others, it declared that most of its 133 “cyber mission teams” were combat-ready after years of development.

A decade later, it is under new command, led by Gen. Paul Nakasone. He was a junior officer in the command’s early days and was deeply involved in one of its first big classified projects, “Nitro Zeus”: the plan to use cybertools, among other things, to take down Iran’s air defenses, its communications systems and its power grid if a conflict broke out.

To prepare for that day, if it ever happened, the United States tunneled deep inside Iran’s grids, and even Revolutionary Guards Corps command-and-control systems. It was a huge mission, involving hundreds of troops and civilians.
The program was never activated; the 2015 Iran nuclear agreement avoided conflict. But now that Mr. Trump has announced that he is abandoning the accord, many of those plans are being dusted off, according to several officials. 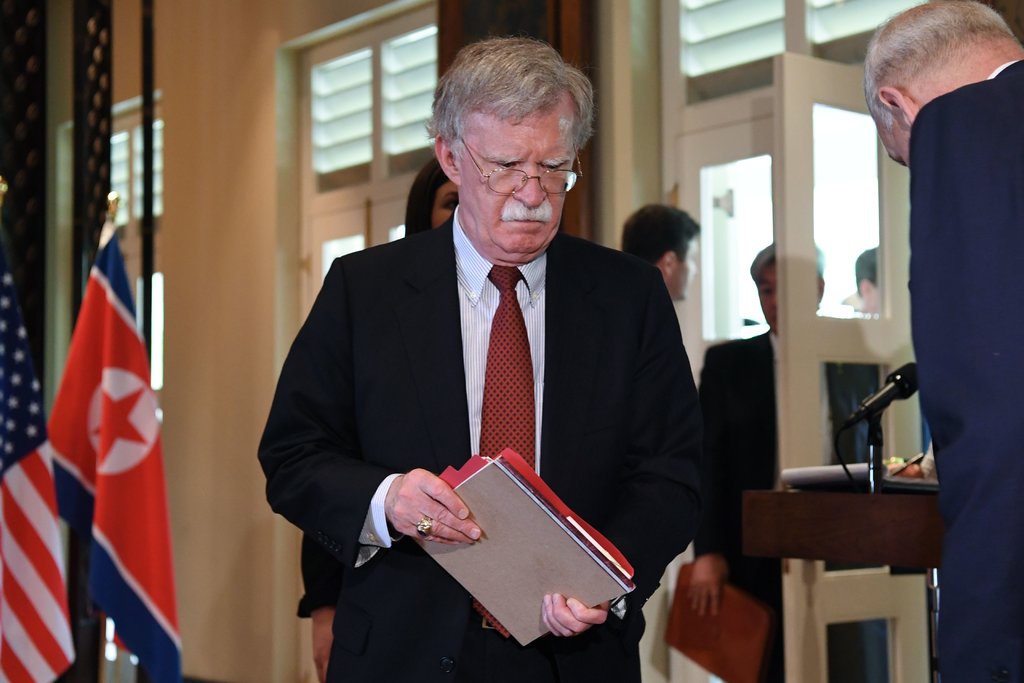 Pentagon Puts Cyberwarriors on the Offensive, Increasing the Risk of Conflict

Until now, the Cyber Command has assumed a largely defensive posture, but in the spring the Defense Department opened the door to nearly daily raids on foreign networks, seeking to head off attacks.

It’s been pointed out that no one has seen the separated female children…trump is such a low-life that it would no longer surprise me if his minions are selling them somewhere…the “cute” ones, at least? Of course I do hope I’m wrong, but every time I think this nightmare cannot get any worse, it does.
Sorry, but that’s my sick evil thought at the moment…the result of having a sick evil character in control of the country.

Here’s is a pretty good explainer from Vox about the new Zero Tolerance border policy. 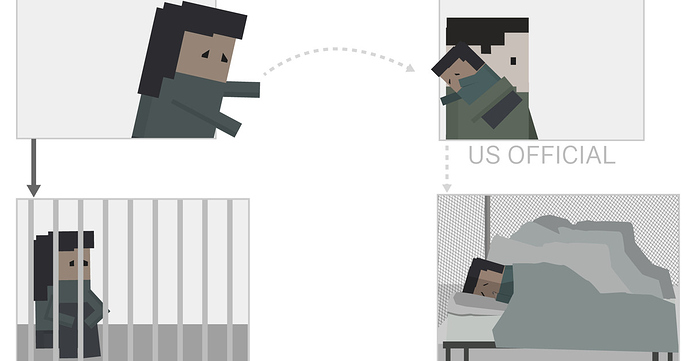 Trump’s separation of families at the border: a visual explainer

Why throw down the gauntlet?

The key word is “costly”, like the border wall. I suspect it makes Putin very happy when trump finds new ways to bankrupt (weaken) the U.S.