1/ The Trump administration has lost track of nearly 6,000 unaccompanied migrant children – thousands more than the Department of Health and Human Services had previously acknowledged. HHS placed more than 42,497 unaccompanied children with sponsors in fiscal year 2017. Officials tasked with reaching out to sponsors and children to check on their well-being said 14% of calls were not returned – meaning the Trump administration has lost track of 5,949 children. (McClatchy DC)

Buyers connected to Russia or former Soviet republics made 86 all-cash sales — totaling nearly $109 million — at 10 Trump-branded properties in south Florida and New York City. Many of them made purchases using shell companies designed to obscure their identities.

Trump’s delusions about voter fraud exposed yet again. This is an opinion piece, but I feel it deserves to be posted here (rather than in the op-ed thread) because it contains solid statistics that grew out of the voter fraud investigation in Kansas – plus some telling assessments from the judge, Julie A. Robinson.

I would recommend bookmarking this piece – if you’re at a party and some Trump supporters start spouting off about how there are supposedly millions of fraudulently registered voters in the U.S., call them out and send them this link – or better yet, pull up the article on your phone and quote it to them right then and there. Here’s a sample from Robinson’s ruling:

At most, 67 noncitizens registered or attempted to register in Kansas over the last 19 years,” the judge found. Of those, only 39, at most, actually ended up on voter rolls, put there largely by clerical mistakes, not fraud. They went to the motor vehicles department for a driver’s license and accidentally registered to vote. “Some applicants told the . . . clerk that they were not citizens, yet the clerk completed a voter registration application” anyway.

Given the almost 2 million individuals on the Kansas voter rolls, some administrative anomalies are expected.

So how delusional are these voter fraud freaks? Out of 2 million registered voters in Kansas, less than 2, count 'em, that’s 2 voters per year were registered that should not have been and those were primarily due to mistakes made in the process, not a malicious attempt at fraud. Here’s more:

[Kris] Kobach tried to argue that the tiny number of mistaken registrations actually proves the existence of a vast horde. "[Kobach] insists that these numbers are just ‘the tip of the iceberg.’ This trial was his opportunity to produce credible evidence of that iceberg, but he failed to do so,” Robinson scolded. “The Court draws the more obvious conclusion that there is no iceberg; only an icicle.”

And here’s Robinson’s parting shot at Kobach who, in his position as Secretary of State in Kansas, is in charge of the election process and has the power to prosecute any voter fraud cases his office may uncover:

Defendant [Koback] already has prosecutorial authority over Kansas election crimes. Yet, since obtaining this authority . . . Defendant has filed zero criminal complaints against noncitizens for registering to vote.

BTW, Kris Kobach is Trump’s go-to voter fraud conspiracy whack job who is now running for Governor of Kansas. He’s the guy who recently rode in a parade with a very real looking replica machine gun mounted on his vehicle.

Trump administration officials have been sending babies and other young children forcibly separated from their parents at the U.S.-Mexico border to at least three “tender age” shelters in South Texas, The Associated Press has learned.

“The facilities that they have for the most part are not licensed for tender age children,” said Michelle Brane, director of migrant rights at the Women’s Refugee Commission, who met with a 4-year-old girl in diapers in a McAllen warehouse where Border Patrol temporarily holds migrant families. “There is no model for how you house tons of little children in cots institutionally in our country. We don’t do orphanages, our child welfare has recognized that is an inappropriate setting for little children.” 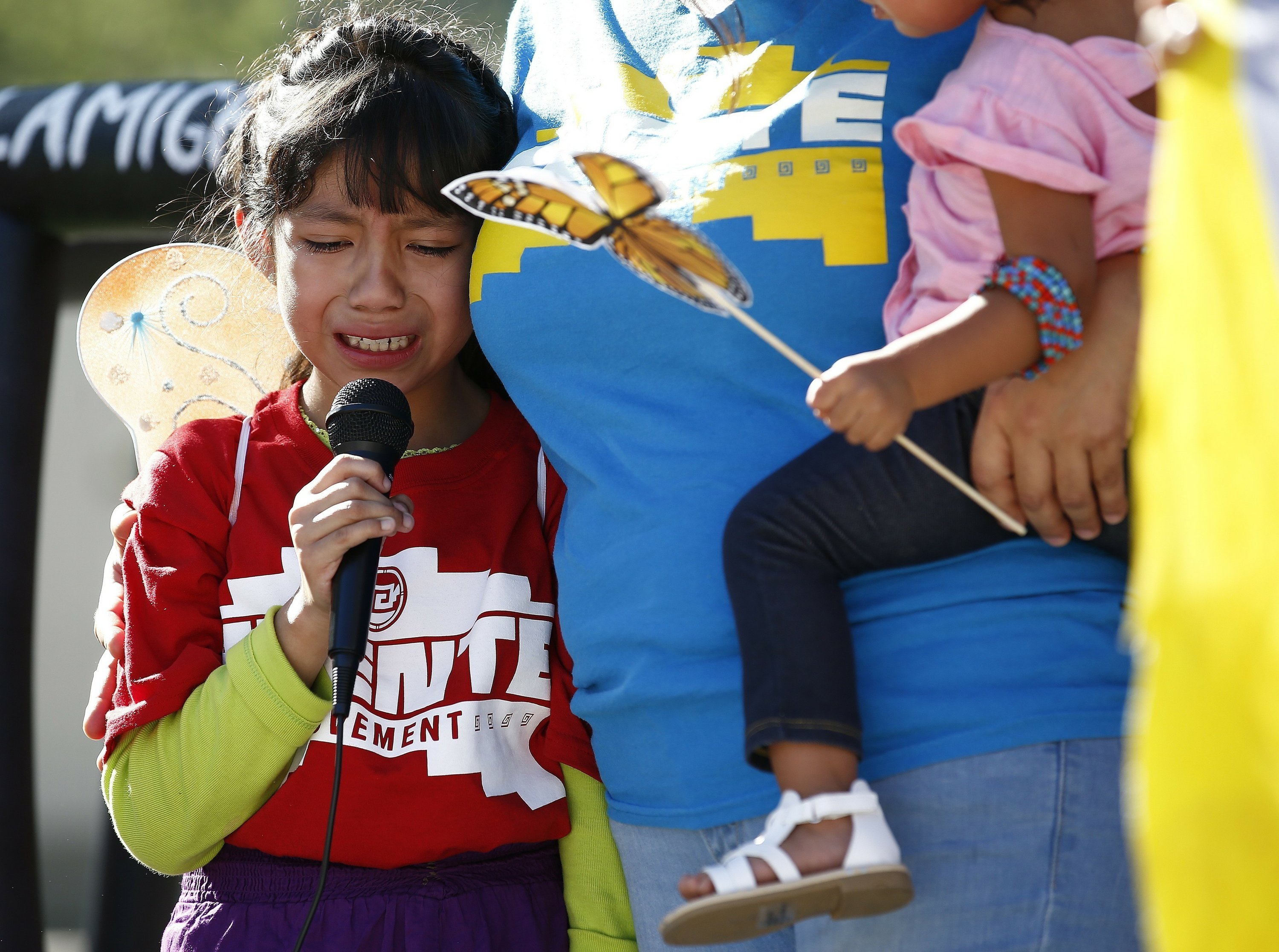 At least 3 "tender age" shelters set up for child migrants

The Trump administration has set up at least three "tender age" shelters to detain babies and other young children who have been forcibly separated from their parents at the U.S.-Mexico border, The Associated Press has learned. Doctors and lawyers...

We now have detainment camps for babies and toddlers. Trump can’t possibly think this turn out well for him or anyone. It’s so horrible. Trump and the Republicans can now be called anti-family. This is the lowest point of the Trump Admin by far.

Maybe those in power have forgotten what is written on The Statue Of Liberty. Or maybe they really just don’t give a F**K. It is called “New Colossus”
Send copies to everyone to enlighten. thanks for reading Craig

Maybe those in power have forgotten what is written on The Statue Of Liberty. Or maybe they really just don’t give a F**K.

The answer was worn on Melania’s jacket: “Really don’t care, do you?” WTF? How do you find, much less ELECT, people this callous, arrogant & hate-filled?

I have always believed that BEFORE anyone can run for any office, let alone the highest office in the land, a complete background check with drug screening must be done.
These persons will represent you, me, and everyone else for a long time and affect millions of lives now and in the future.
It is just because they are better than all of us and we should worship them like the gods they believe they are. I really believe that some are working for the other side.

I totally agree with your post, “oldguy”. trump would NEVER have passed a background check for the clearance & access he now has the freedom to exploit. Our country depends on us FIXING such loop-holes from the A-holes who would exploit our system of government. And yes, CLEARLY “some are working for the other side”…it couldn’t be any more obvious.

but you are right…lower than low.

I’m so glad we have reporters who are “on the case” – this piece represents some remarkable reporting that I’m sure required hundreds of hours of dogged (and often tedious) investigation.

The fact that many of the properties were purchased at well over their market value is a real red flag – it’s that difference that may be serving as a “commission” to the Trump Organization for laundering the incoming Russian funds.

BTW, for anyone archiving articles that catalog Trump’s suspicious real estate transactions, here’s a similar article from a year ago that was researched by a tenacious team of reporters from Reuters. 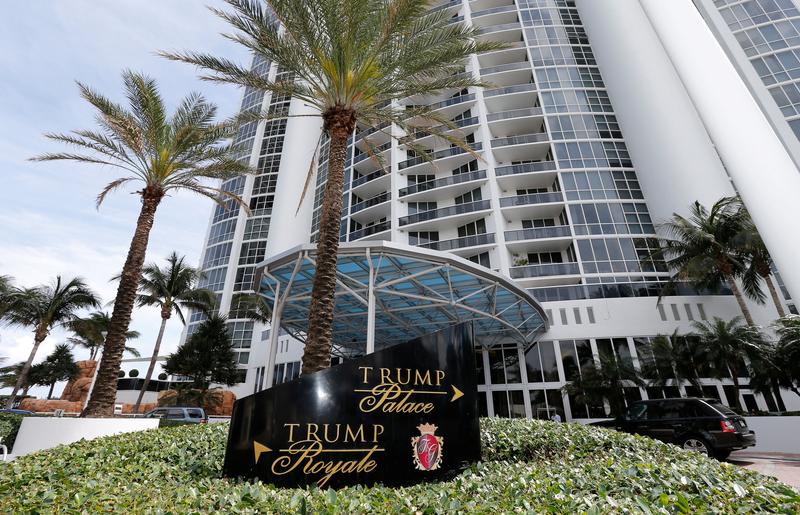 our child welfare has recognized that is an inappropriate setting for little children.”

And we already know this…(from the article)

nation’s child welfare system ended the use of orphanages over concerns about the lasting trauma to children,