1/ In a historic reversal, the Supreme Court overturned Roe v. Wade and eliminated the constitutional right to an abortion after 49 years. The 6-to-3 decision to uphold a Mississippi abortion ban follows the leak of a draft opinion in May indicating that the court was poised to overturn Roe, which first declared a constitutional right to abortion, as well as Planned Parenthood v. Casey, which re-affirmed that right in 1992. The ruling leaves states free to restrict or ban abortions. At least 26 states – where roughly 33 million women of child-bearing age live – are expected to ban or restrict abortions, including battleground states like Arizona, Wisconsin, and Michigan, which have pre-Roe bans on abortion on the books. Georgia has a six-week ban in place. More than a quarter of the country’s 790 abortion clinics are estimated to close, and women in those states will have to travel an average of 552 miles to access the medical procedure. Writing for the majority, Justice Samuel Alito said that the 1973 decision “was egregiously wrong from the start” and “must be overruled” because the arguments were “exceptionally weak,” “had damaging consequences,” and “enflamed debate and deepened division” Justices Clarence Thomas, Neil Gorsuch, Brett Kavanaugh and Amy Coney Barrett joined the majority opinion. Chief Justice John Roberts didn’t join the majority opinion, but instead wrote that there was no need to overturn Roe to rule in Mississippi’s favor. In dissent, Justices Stephen Breyer, Sonia Sotomayor, and Elena Kagan wrote that the court had done damage to women’s equality and that the decision means “young women today will come of age with fewer rights than their mothers and grandmothers,” because the court’s opinion means that “from the very moment of fertilization, a woman has no rights to speak of. A state can force her to bring a pregnancy to term even at the steepest personal and familial costs.” They concluded: “With sorrow — for this court, but more, for the many millions of American women who have today lost a fundamental constitutional protection — we dissent.” Biden, meanwhile, called the decision a “tragic error” and urged voters to elect members of Congress willing to write abortion protections into law. Speaking from the White House, Biden said: “This is a sad day for the country in my view, but it doesn’t mean the fight is over.” (New York Times / NPR / Washington Post / NBC News / Politico / USA Today / Wall Street Journal / Associated Press / SCOTUSblog / Bloomberg)

Tuesday’s Jan. 6 hearing revealed the RNC was more involved in Trump’s election schemes than we previously knew. That could — and should — mean legal trouble.

RNC's 'secret sauce' revealed during Jan. 6 hearing — and it's not pretty

Tuesday's Jan. 6 hearing revealed the RNC was more involved in Trump's election schemes than we previously knew. That could — and should — mean legal trouble.

The Jan 5 committee is holding a surprise hearing tomorrow, and there isn’t enough popcorn in the world for this. 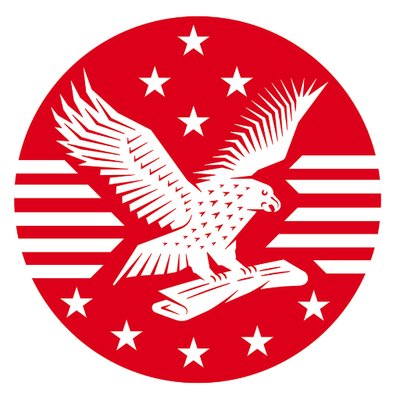 The committee recently obtained new footage of then-President Donald Trump from British filmmaker Alex Holder, who said last week that he had complied with a subpoena to turn over the footage he shot in the final weeks of Trump’s 2020 reelection campaign. apnews.com/article/capito…

My statement in response to being subpoenaed by Congress: https://t.co/LOY53rEynI 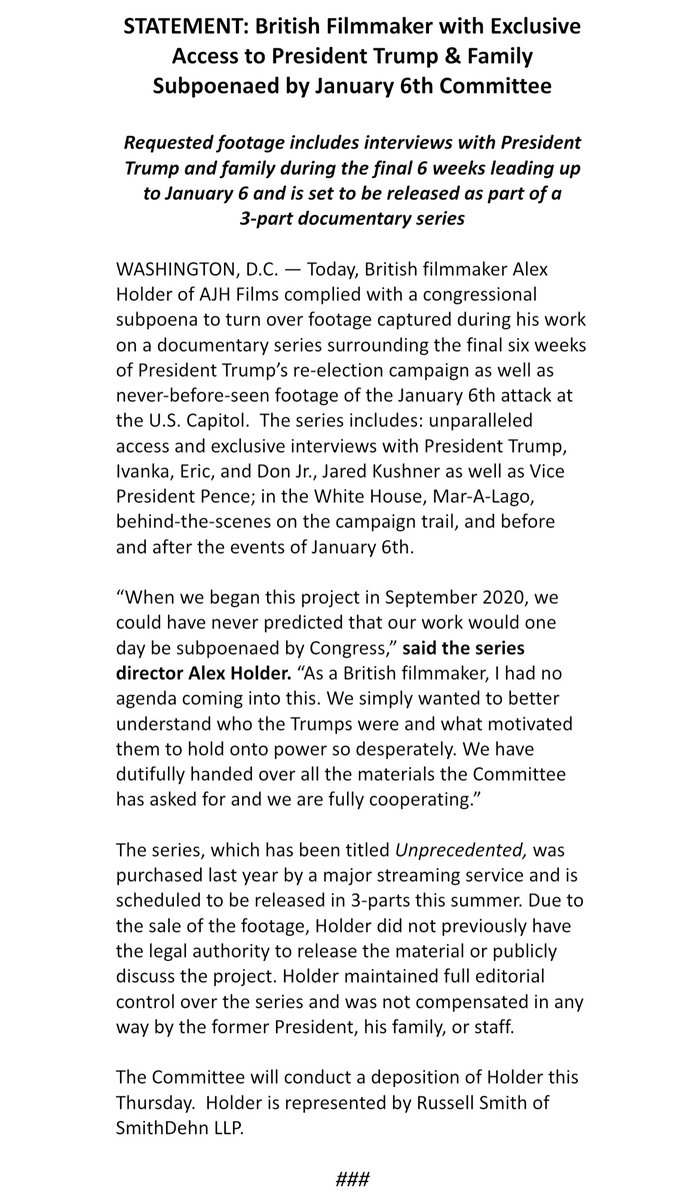 We asked Meta, Twitter, Google, TikTok, and Reddit how they will moderate abortion content and handle subpoenas and warrants for data on people who seek or assist with abortions.