1/ Trump: "We must immediately" send immigrants who illegally enter the U.S. "back from where they came" with "no Judges or Court Cases." Trump likened immigrants and asylum seekers to intruders trying to "break into" the country, saying "we cannot allow all of these people to invade our Country. When somebody comes in, we must immediately, with no Judges or Court Cases, bring them back from where they came.” (Reuters / Washington Post / New York Times)

Can we please stage a coup now? This is crazy

1/ Trump: “We must immediately” send immigrants who illegally enter the U.S. “back from where they came” with “no Judges or Court Cases.” Trump likened immigrants and asylum seekers to intruders trying to “break into” the country, saying "we cannot allow all of these people to invade our Country. When somebody comes in, we must immediately, with no Judges or Court Cases, bring them back from where they came.” (Reuters / Washington Post / New York Times)

From The NY Times link above:

Mr. Trump’s tweets on Sunday threw new legal questions into the puzzle. Laurence H. Tribe, a constitutional law professor at Harvard, said in an email that the Supreme Court has repeatedly held that “the due process requirements of the Fifth and 14th Amendments apply to all persons, including those in the U.S. unlawfully.”

“Trump is making the tyrannical claim that he has the right to serve as prosecutor, judge and jury with respect to all those who enter our country,” Mr. Tribe said. “That is a breathtaking assertion of unbounded power — power without any plausible limit.”

The Fifth Amendment mandates the due process of law, and the 14th Amendment, in part, expanded due process rights for immigrants, with case law asserting those rights dating back to 1886. But Justice Department lawyers under both Democratic and Republican administrations have argued that noncitizens apprehended at the border lack due process protections, said Adam Cox, a law professor at New York University, and the Supreme Court has never clearly resolved the dispute.

Another constitutional grey area found and Trump is pushing hard against that guardrail.

The FBI turned over classified documents to House Republicans related to the Russia investigation , including the details about the FBI’s justification to obtain a court-authorized warrant to spy on a former Trump campaign aide in October 2016. Lawmakers had threatened to hold Justice Department officials in contempt of Congress or impeach them if they didn’t comply with the document request. (Politico / Associated Press)

http://www.businessinsider.com/doj-turns-over-over-fisa-records-trump-associates-to-republicans-2018-6 Republicans will not rest until they have obliterated the sacred independence of our Department of Justice and made it a tool of oppression to be wielded by the Executive Branch or whoever controls Congress. If there’s one thing I remember from history class, it’s the critical importance of guarding the checks and balances between our three branches of government: executive, congressional, and…

Excellent reporting by ABC News – in addition to covering the latest developments regarding Prince, it delves into questions surrounding his ties to Russian oligarchs. If you’re pressed for time, here are some highlights (emphasis is mine):

In April 2017, the Washington Post reported that Prince, whose sister Betsy DeVos is President Donald Trump’s education secretary, had traveled to the Seychelles in January following Trump’s election for a secret meeting with a Russian official with close ties to Russian President Vladimir Putin.

Prince testified before the U.S. House Permanent Select Committee on Intelligence in November that he hadn’t made the trip "to meet any Russian guy” and described his meeting with Kirill Dmitriev, the Putin-appointed head of Russia’s sovereign wealth fund, as a chance encounter “over a beer.”

ABC News reported earlier this year that Mueller has obtained evidence that calls that testimony into question. Lebanese-American businessman George Nader, a key witness given limited immunity by Mueller, told investigators that he set up the meeting in the Seychelles between Prince and Dmitriev. . .

Prince had a simple answer when asked by Rep. Eric Swalwell, a Democrat from California, whether he ever had any “investments” or "business partnerships with Russian nationals."

. . . One former business associate, who has worked with Prince since the 1990s, recounted a recent conversation with FBI agents from Mueller’s office.

According to a 2015 interim report from an internal investigation conducted for the company by an outside law firm, a man named “Dimitry,” whom two sources later told ABC News was actually Streshinskiy, acted as Prince’s partner in an effort to secure a possibly illegal private security contract with Azerbaijan.

According to the former associate, Rostec [a Russian state-owned energy firm] asked Prince’s Frontier Services Group to work on logistics for a proposed refinery operation in Tanzania and Uganda.

“Frontier Services Group was trying to build a relationship with Rostec to be the logistics guys,” the associate said, “and Rostec met with Erik.”

The article closes with a salient quotation from Rep. Eric Swalwell, a Democrat on the House Intelligence Committee:

"I have a lot of questions about whether he was being straight with us. I’m heartened to hear that the special counsel is doing what Republicans on the committee were not willing to do … and follow up and not take Mr. Prince at his word.”

The Supreme Court on Monday rejected a challenge to Texas’ congressional districts and said it is declining, for now, to wade into a dispute over a North Carolina redistricting plan that a lower court had found violated the Constitution by overly favoring Republicans.

The move came just a week after the justices passed up chances to issue sweeping decisions in cases from Wisconsin and Maryland involving claims of partisan gerrymandering. Instead, the high court ruled on narrow, technical grounds that steered clear of the central issue, with the plaintiffs hoping to get the justices to rule on when and whether legislative districts become so skewed to favor one party that they violate voters’ constitutional rights. 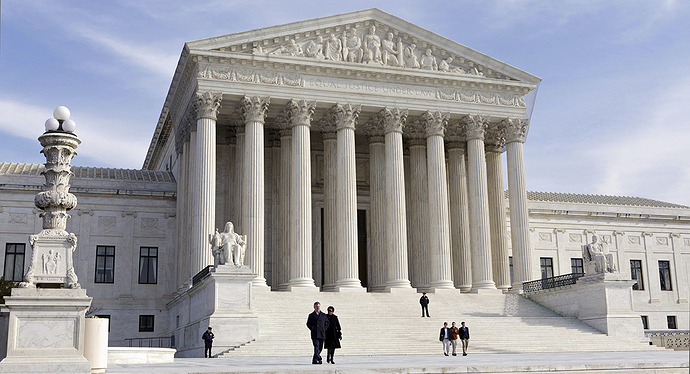 The justices had already passed on chances to issue sweeping redistricting decisions in Maryland and Wisconsin cases.

Manafort’s lawyers filed their motion Friday in federal court in Alexandria ahead of next month’s scheduled trial. Manafort is charged in Virginia with hiding tens of millions of dollars from the IRS he earned advising pro-Russia politicians in Ukraine. He faces a separate indictment in Washington. 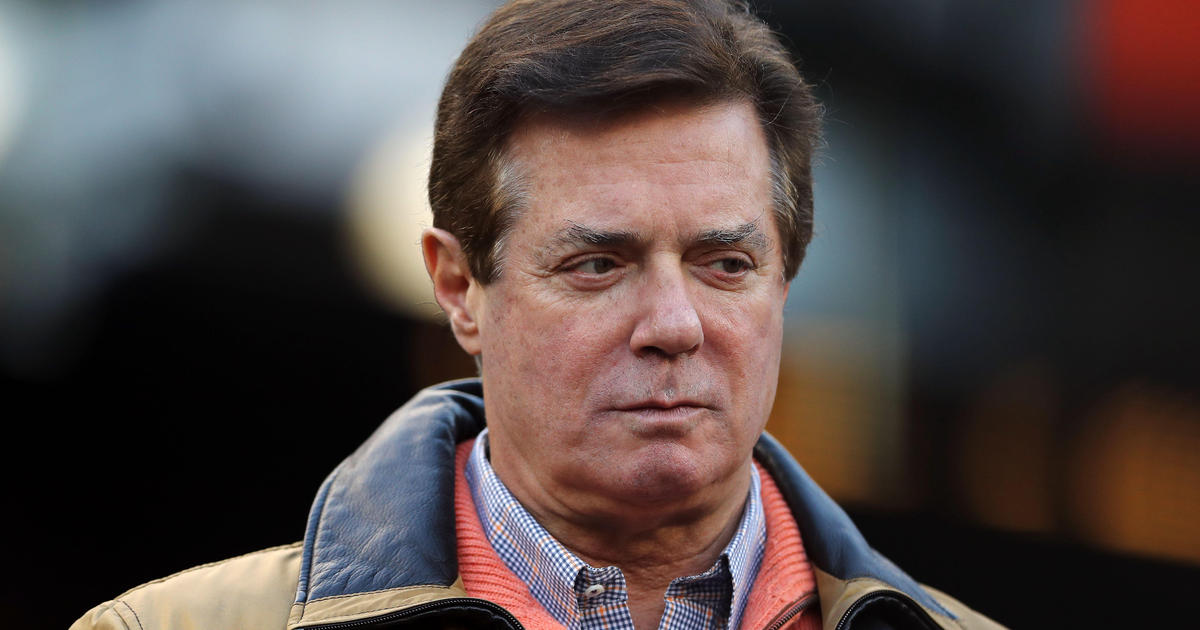 Stormy Daniels was due to meet federal prosecutors in New York on Monday as part of their investigation into the president’s former longtime personal attorney Michael Cohen, but the meeting has been cancelled after it was reported by news organisations. 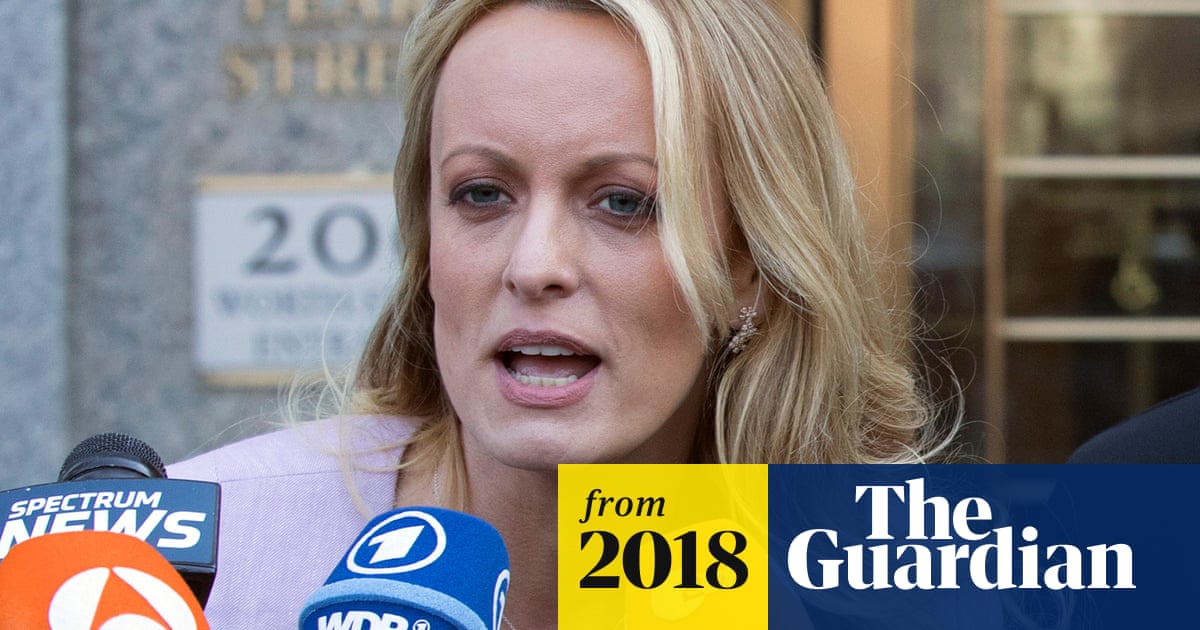 Michael Avenatti said he received a call late Sunday from two prosecutors who said they were concerned about media interest in the interview and canceled the meeting, according to the Associated Press. Stormy Daniels meeting with prosecutors in Michael Cohen investigation is...

A Russian company accused of bankrolling a vast online campaign to influence the 2016 US election joined the attacks against special counsel Robert Mueller’s investigation on Monday.

Concord Management and Consulting argues that Mueller’s appointment as special counsel was unlawful and that he lacked the authority to charge the Russian company with conspiracy.

Former Trump campaign Chairman Paul Manafort, who is also staring down charges from Mueller, previously tried a similar tactic to dispose of allegations he faces. One federal judge dismissed Manafort’s request to void Mueller’s authority in that case, while another hasn’t yet ruled. 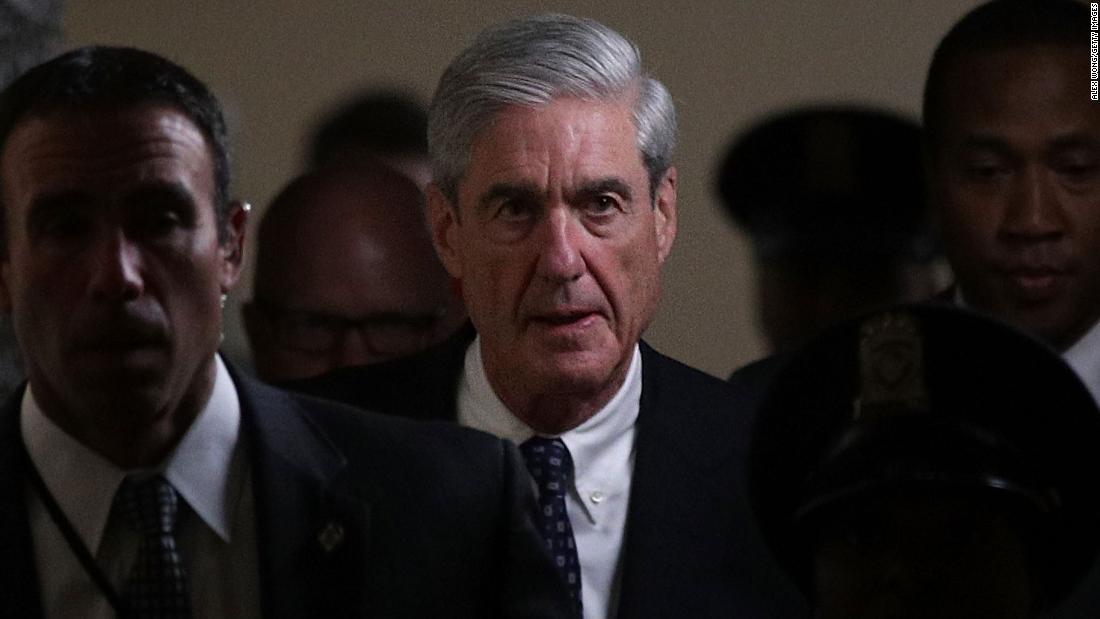 A Russian company accused of bankrolling a vast online campaign to influence the 2016 US election joined the attacks against special counsel Robert Mueller's investigation on Monday.

Trump: “We must immediately” send immigrants who illegally enter the U.S. “back from where they came” with “no Judges or Court Cases.” Trump likened immigrants and asylum seekers to intruders trying to “break into” the country, saying “we cannot allow all of these people to invade our Country. When somebody comes in, we must immediately, with no Judges or Court Cases, bring them back from where they came.” I would remind Mr Trump that that is a complete contradiction of International Law - agreed by almost every Nation except China, Pakistan and the Union of Myanmar
who are not parties to the ICCPR. The International Covenant on Civil and Political Rights of 1966 (ICCPR) is one of the seven universal human rights treaties.

Non-refoulement The core norm of international refugee law is the principle of non-refoulement according to which no “state shall expel or return (" refouler ") a refugee in any manner whatsoever to the frontiers of territories where his life or freedom would be threatened on account of his race, religion, nationality, membership of a particular social group or political opinion.”35 This principle has found entry36 and has been developed in international human rights law. It is nowadays a norm of customary international law.37 Not only refugees, for whom the state of refuge has recognized a risk of persecution in the country of asylum, but also asylum-seekers benefit from the duty of non-refoulement, since their claim might be founded.38 In its jurisprudence, the Committee developed a concept of non-refoulement obligations under the ICCPR.

If Trump wishes to remove the US from these important Treaties with respect to fundamental Human Rights, he flies in the face of all previous administrations which have to some extent or other, fostered the role of universal human rights, and in one blow drags the US into the status of a pariah state. 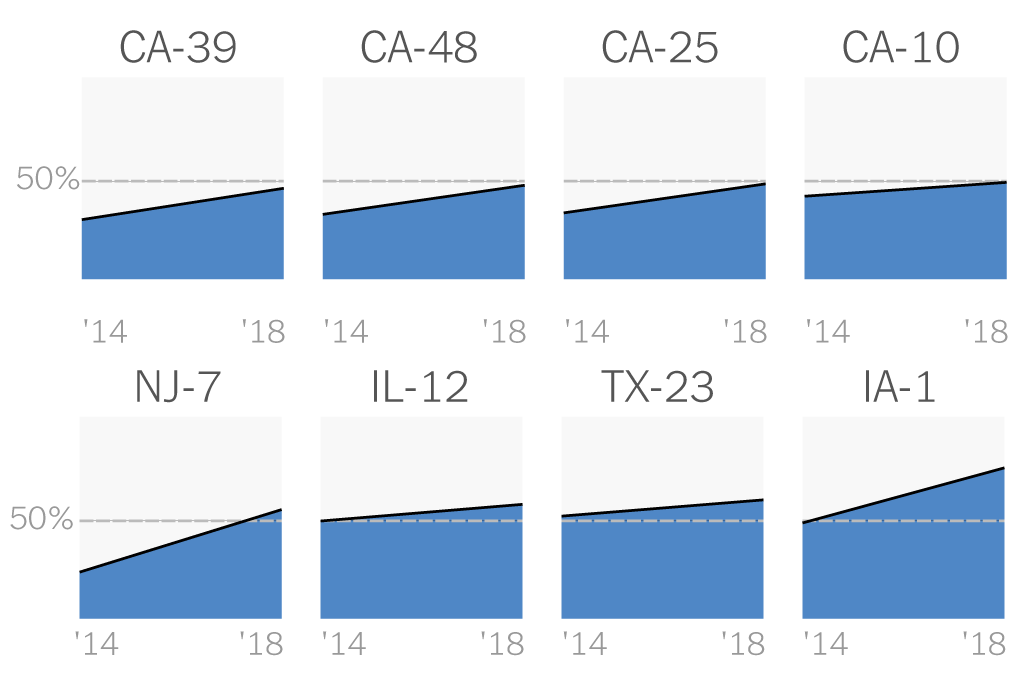 Energized Democrats Are Voting in Competitive Primaries in Droves

In more than 20 districts that could determine control of the House, the share of Democrats voting in primaries increased this year compared with 2014, the last midterm election cycle.

Here’s a sample graphic. And the others are just as encouraging. 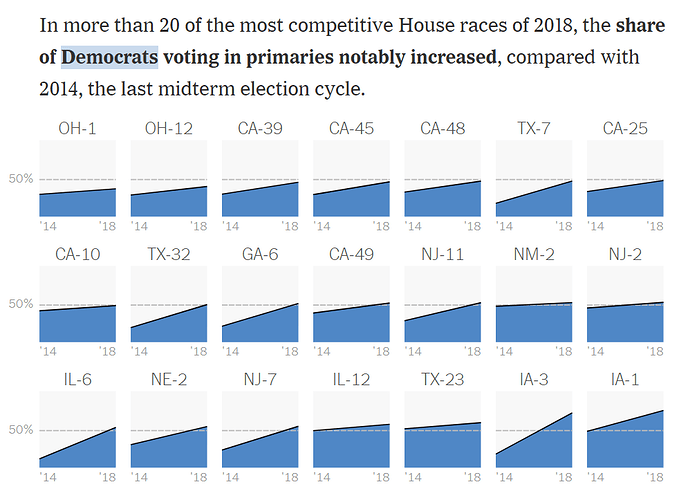 Where do they stand on the Cuban wet foot/dry foot policy? Hardly seems fair.