1/ A federal judge refused to delay Stephen Bannon’s trial on charges of criminal contempt of Congress. After refusing to cooperate with a congressional subpoena from the Jan. 6 committee for nearly nine months, Bannon informed the panel over the weekend that he was willing to testify. Bannon’s reversal came after he suggested that Trump had “waived” his claim of executive privilege and permitted him to testify. Prosecutors, however, disclosed Monday that Trump’s attorney Justin Clark told them Trump “never invoked executive privilege over any particular information or materials” and that Bannon’s lawyer “misrepresented to the committee what the former president’s counsel had told the defendant’s attorney.” The Justice Department told the federal judge that Bannon’s last-minute offer to testify was a “last-ditch attempt to avoid accountability” and “irrelevant” to whether he will be prosecuted for contempt. Bannon’s trial is set to begin July 18 on two counts of criminal contempt. (Washington Post / Bloomberg / CNN / Politico / The Guardian / New York Times / NBC News / Associated Press / Wall Street Journal)

Boy, what a day. We have Ali Alexander’s text where he knew they were going to march on the Capitol the day before, a meeting between 10 Republican representatives and Pence to try to pressure him to overturn the election, Brad Parscale having a conscience that lead to him breaking down, Twitter admitting it let Trump get away with stuff for the likes… wow.

A text from Ali Alexander obtained by @January6thCmte that supports that march on Capitol was premeditated: https://t.co/cNbmx2OSir 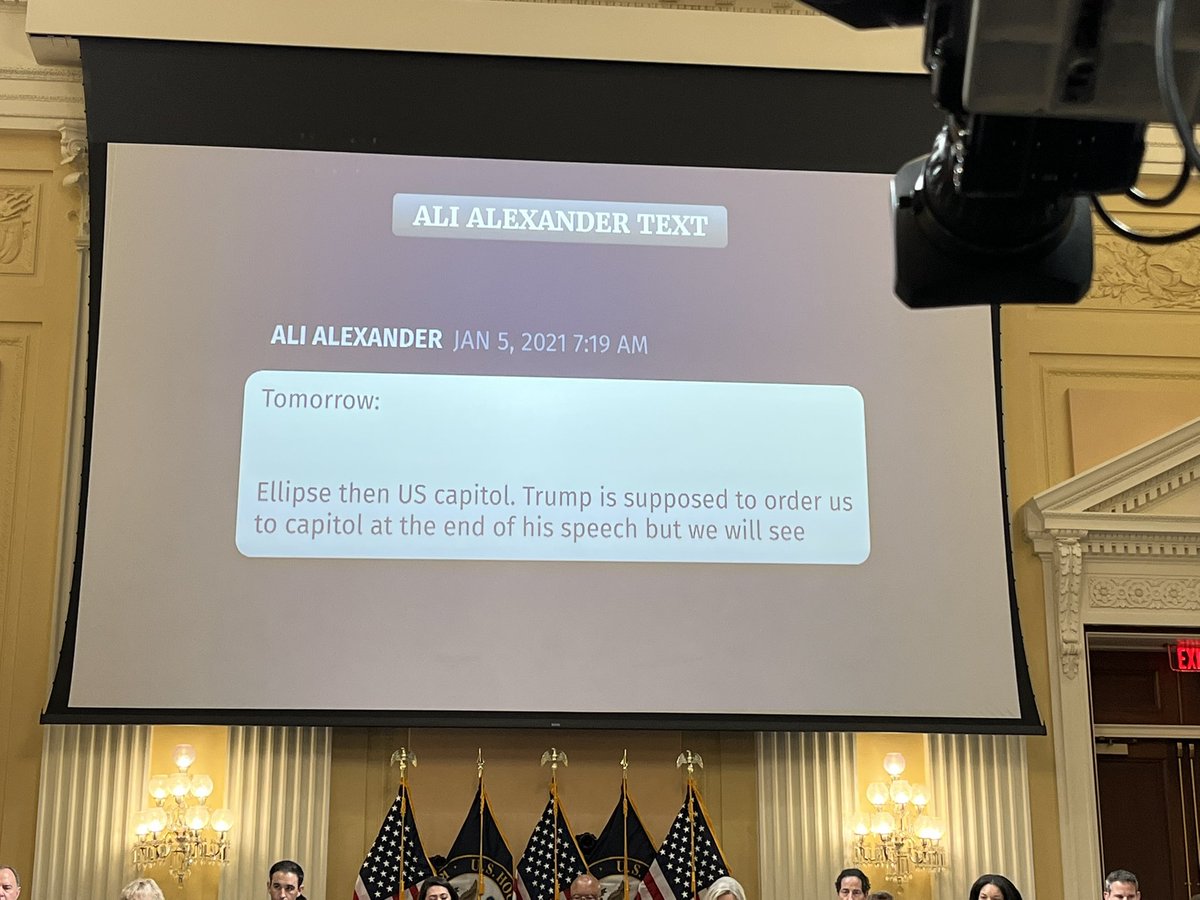 Holy COW! Kylie Kremer and My Pillow guy Mike Lindell both knew Trump was going to call for a surprise march to the Capitol in advance! Ali Alexander knew in advance too! #Jan6thHearings

NEW: Jan. 6 committee shows text from Ali Alexander sent the day before the Capitol attack that “Trump is supposed to order us to capitol at the end of his speech but we will see” — but major question is how did he know that, when it was never official?

WH Spokesperson Katrina Pierson was concerned about the lineup of speakers for J6, including Alex Jones and Ali Alexander. She said that she told Trump she was concerned but, “he likes the crazies.”

'One of Trump’s supporters [predicted] a red wedding, which is a pop culture reference to mass slaughter' — The Jan 6 committee showed how a tweet by Donald Trump became an 'explosive invitation' for far-right groups to descend upon Washington, D.C. https://t.co/vkDr7YiaK3

The geniuses of the Proud Boys TAPED their Jan 6 planning sessions on video, which the FBI seized Clearly, they didn’t watch The Wire Every criminal who’s worth his salt heeds the Stringer Bell warning: “Is you taking notes on a criminal fucking conspiracy?!” 🤣

The Jan. 6 committee played a recording of Representative Debbie Lesko — among those who led objections to the election results — predicting that Trump supporters were “going to go nuts” once they realized that Congress would not overturn the election. nyti.ms/3RvZ8SE https://t.co/G1Cnb4lsuK

A former Twitter employee told the House committee investigating the Jan. 6, 2021, insurrection that the company gave former president Donald Trump more lenient treatment because it enjoyed the “power” his stature lent to the social network. wapo.st/3PnyRUN

[email protected] teases next week's hearing: Trump "never picked up the phone that day to order his admin to help, he did not call the military, his Sec of Defense received no order, he did not talk to his AG...[nor] DHS Sec -- Mike Pence did all of those things. Trump did not."

So Trump tried to keep secret his plan to send the mob to the Capitol, the mob he knew was armed and didn't care because they weren't there for him because he knew they were there for Pence and Congress. He sent this armed crowd to the Capitol to do anything to stay in power

Jan. 6 Cmte. says Trump, in speech writing process for remarks to be delivered on Jan. 6, repeatedly revised speech to include lines that referred to VP Pence, and to what Trump falsely claimed was Pence’s ability to change the outcome of the 2020 election on.msnbc.com/3ay821n https://t.co/s85akXDUsw
3 Likes
Windthin (David Bythewood) July 13, 2022, 6:45am #3

Trump wanted to use his speech to attack Mike Pence in front of an angry crowd of thousands of supporters who thought the election was stolen AFTER those lines had been removed by Stephen Miller, then re-inserted! Then multiplied times EIGHT. #Jan6thHearings

It was Stephen Miller who told Trump to go after Pence. MSNBC.

Trump himself personally added language to his J6 singling out Mike Pence at the last minute. Stephen Miller testified Eric Herschmann told him he wanted that part removed. It was removed from the speech. Speechwriters were later ordered by Trump to put the line back in.

Oooh... so Stephen Miller is the guy who wanted to make the apparent death threats against Mike Pence just a little more clear. That's not actually surprising, when you think about Miller.

We get a clip from Stephen Miller's deposition where Miller says that a White House lawyer wasn't happy with Trump putting pressure on Pence with last-minute insertions to his January 6 speech https://t.co/Vxbqi29GsR

An Ear Rub during a testimony is an extremely likely indicator that the person is probably lying. Stephen Miller, is likely not telling the full truth when he recounts a conversation w/ Eric Hershmann re proposed last minute modifications of Trump's Jan. 6th Speech. #BodyLanguage https://t.co/UqeCm4rZnn 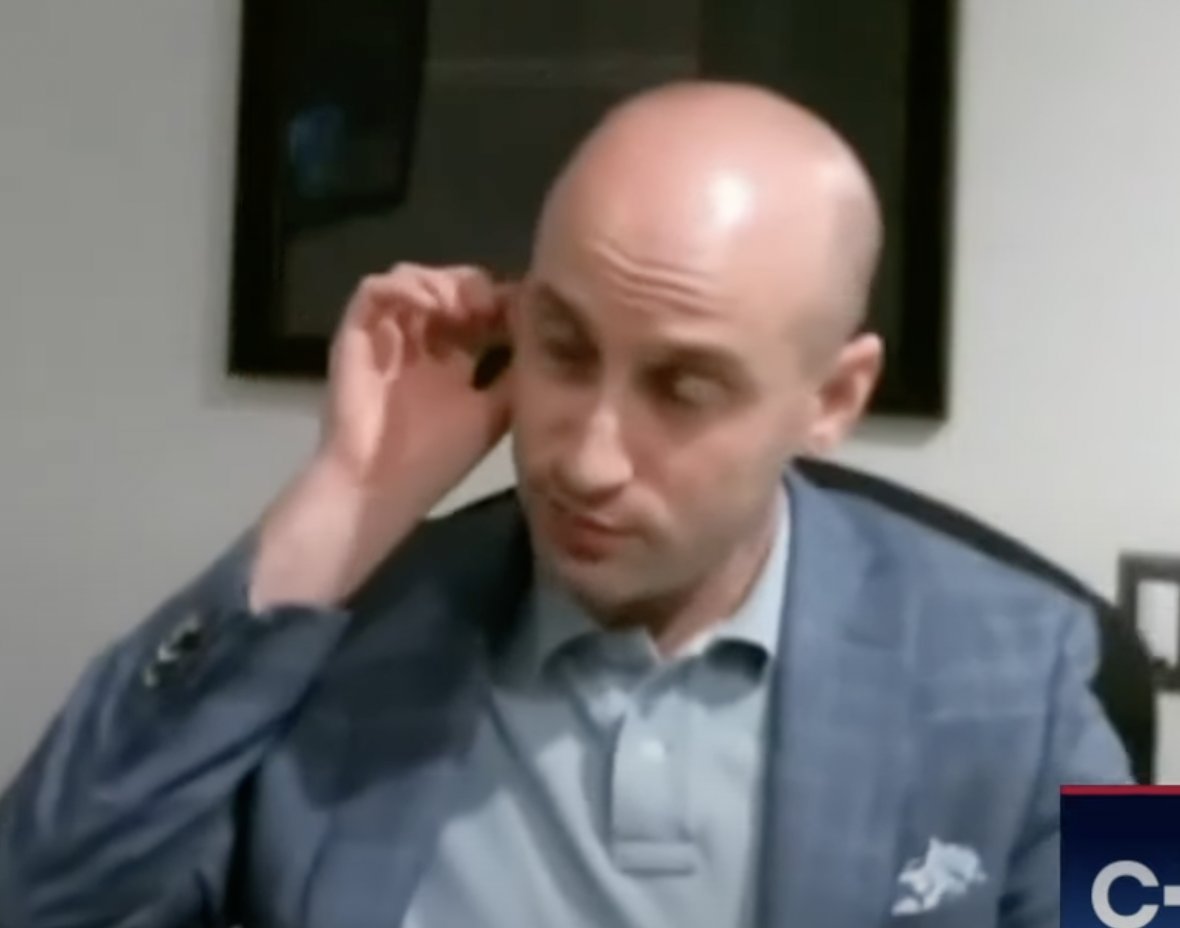 Man, this entire hearing is moving on at a blistering pace. It is realllllly hard to cover in real time. Hope this isn't incoherent. And on that note, Murphy just connected the first time Trump put public pressure on Mike Pence to... a speech written by Stephen Miller. https://t.co/ixqnDIPRbv 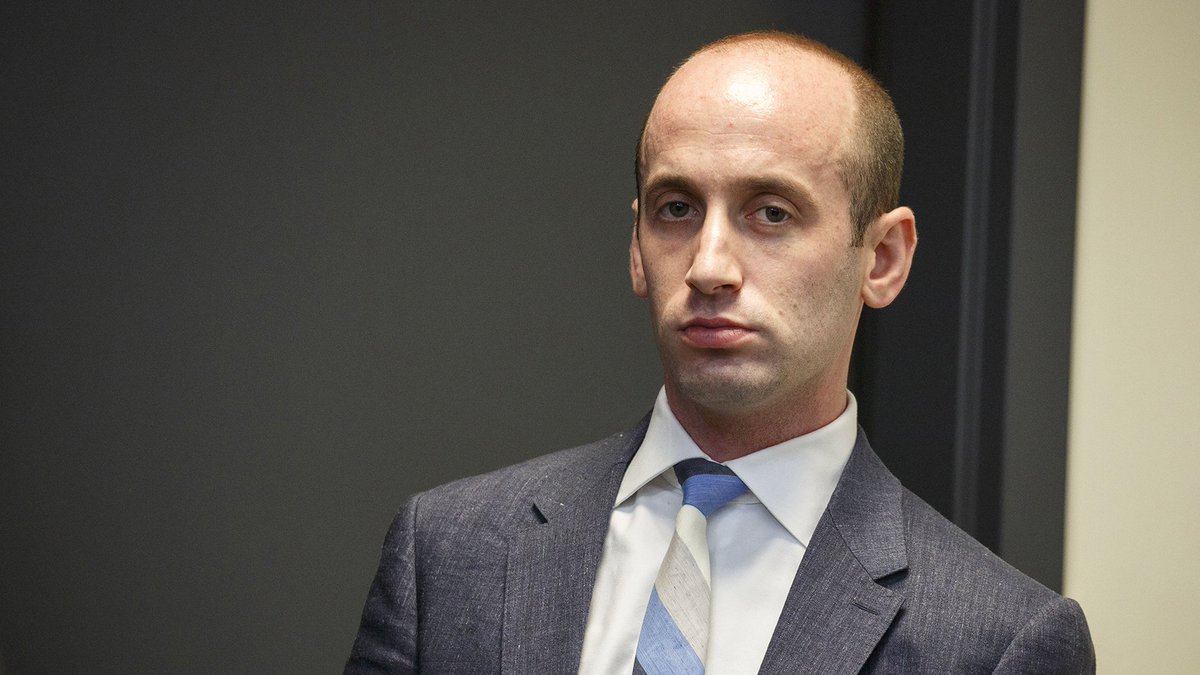 Stephen Miller is so evil The Dark Side turns to him.

Stephen Miller has the affect of a larva marinated in Satan’s piss.

This is a reminder that Stephen Miller would probably steal a lifejacket from a toddler.

Pretty wild they got Stephen Miller in his natural habitat https://t.co/iRTxwV4mno 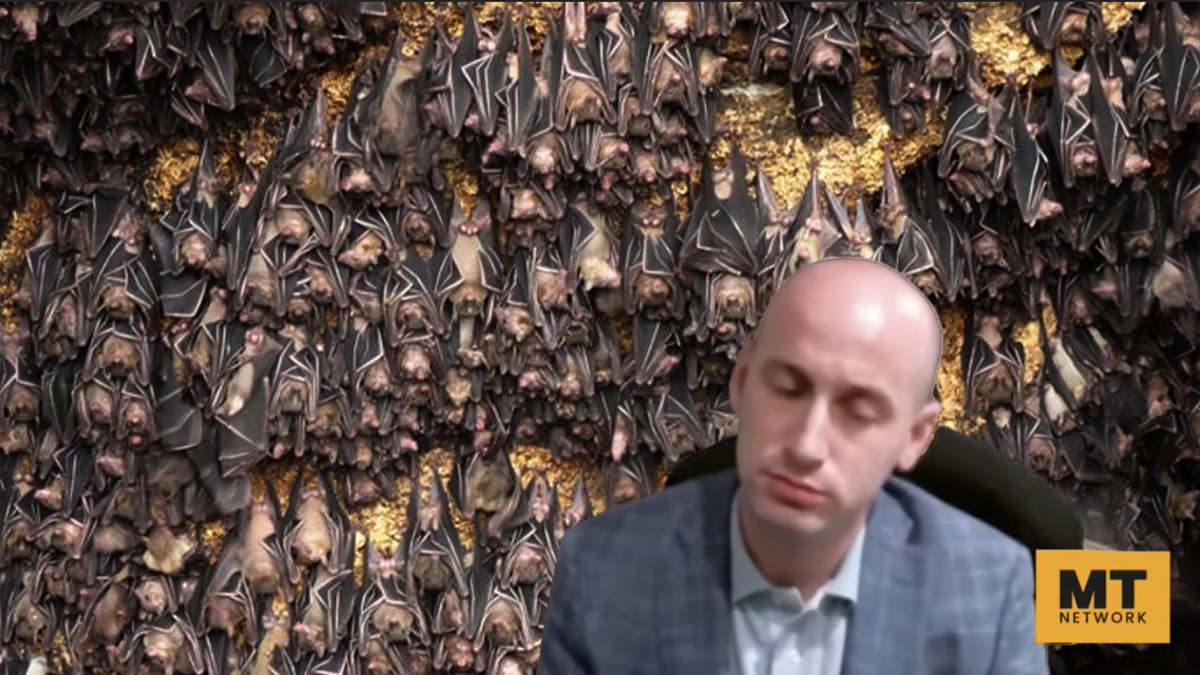