Huh. So Trump got this idiotic idea that all records from his term were his from that loser Tom Fitton. If you don’t know him, he’s the president of Judicial Watch, a fake watch dog group that files nuisance lawsuits to harass liberals, most of which wind up getting tossed out.

Inside Trump's public bravado and private resistance over Mar-a-Lago documents...

Not long after the National Archives acknowledged in February that it had retrieved 15 boxes of presidential records from former President Donald Trump's Mar-a-Lago residence in Florida, Trump began fielding calls from Tom Fitton, a prominent...

‘They never found out’: Fake heiress accessed Mar-a-Lago for over a year 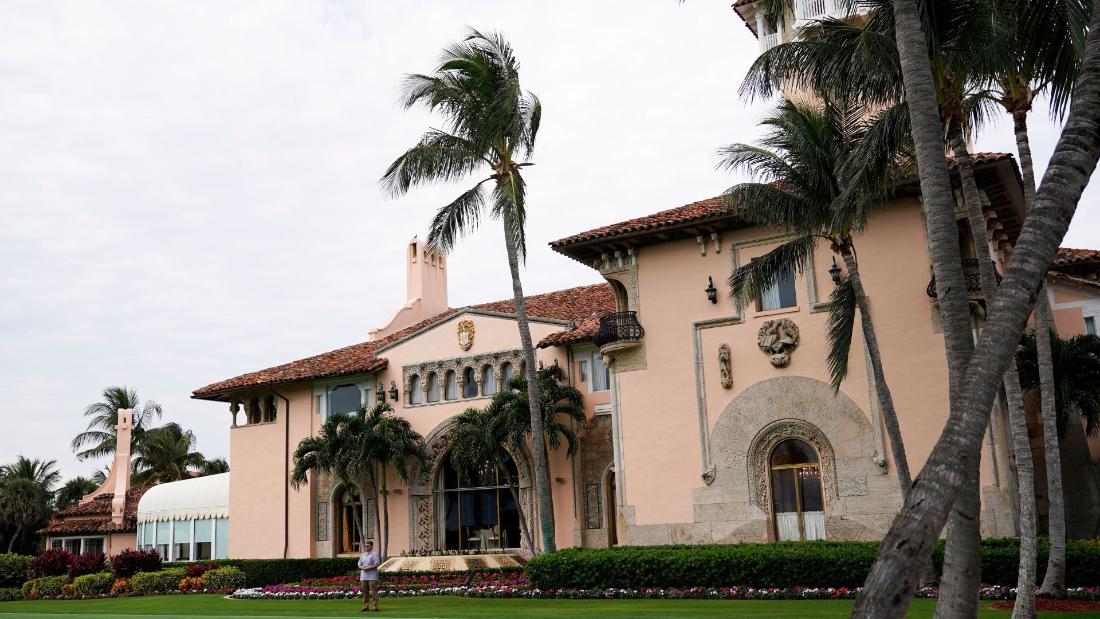 'They never found out': Fake heiress accessed Mar-a-Lago for over a year -...

A Russian-speaking immigrant from Ukraine accessed former President Donald Trump's Mar-a-Lago estate for over a year by claiming to be an heiress to a family fortune, according to a report from the Pittsburgh Post-Gazette. CNN's Kate Bolduan speaks...

A Russian-speaking immigrant from Ukraine accessed former President Donald Trump’s Mar-a-Lago estate for over a year by claiming to be an heiress to a family fortune, according to a report from the Pittsburgh Post-Gazette. CNN’s Kate Bolduan speaks with the Post-Gazette’s Michael Sallah about his report and the poor security at Trump’s Florida compound.

A Ukrainian woman posed as a Rothschild to gain access to the Florida resort, heightening fears over security lapses 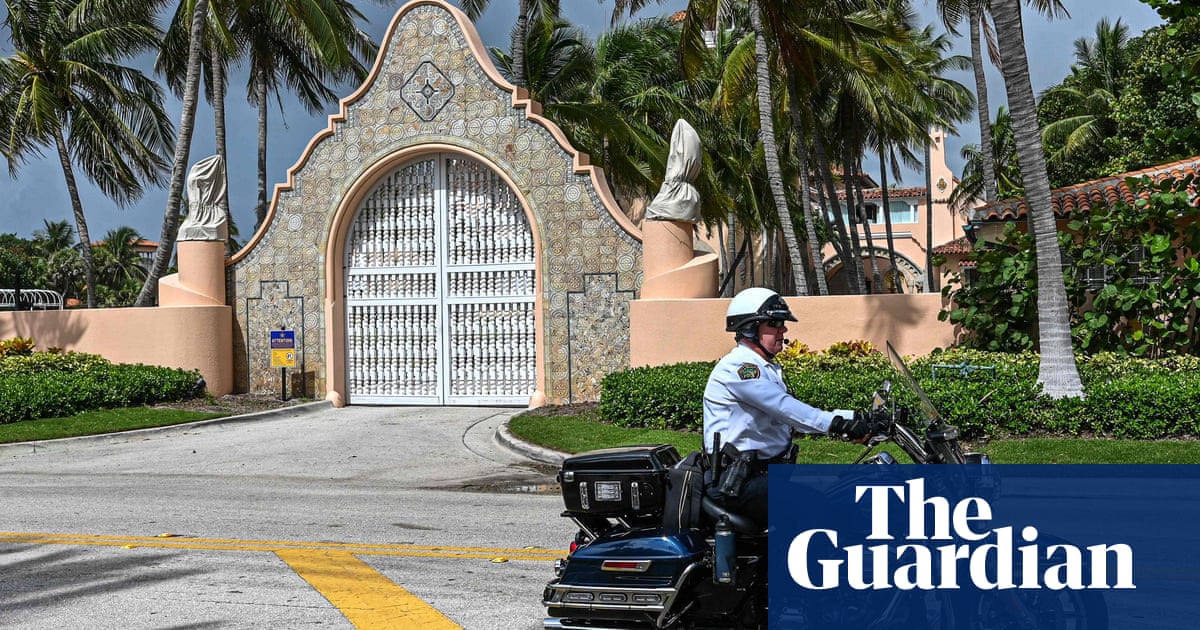 A Ukrainian woman posed as a Rothschild to gain access to the Florida resort, heightening fears over security lapses

A second foreign national is being investigated by US authorities for gaining access to Mar-a-Lago, Donald Trump’s Florida resort which is at the center of an FBI probe over missing classified documents, heightening fears over security lapses both during and after his presidency.

According to an article from the Organized Crime & Corruption Reporting Project (OCCRP), a Ukrainian woman posing as a member of the Rothschild banking dynasty is under bureau investigation after infiltrating the private members club under a false pretense.

Inna Yashchyshyn, 33, allegedly lied to members that she was a Rothschild heiress and mingled with Trump, US Senator Lindsey Graham of South Carolina and others at Mar-a-Lago functions.

OCCRP, in conjunction with the Pittsburgh Gazette, reported that Yashchyshyn had demonstrated “the ease with which someone with a fake identity and shadowy background” could bypass security at Trump’s club.

Earlier this month, the FBI obtained a warrant to search Mar-a-Lago as part of a criminal probe over the unauthorized retention of government secrets by Trump and his aides, who failed to return the documents in question despite repeated requests.

On Saturday, Congress members Adam Schiff and Carolyn Maloney – respectively, the chairpersons for the House intelligence and oversight committees – said that the US intelligence director, Avril Haines, had confirmed that her subordinates, along with the Justice Department, would evaluate whether the improper storage of classified documents at Mar-a-Lago had risked or caused any damage to national security.

The search came a month after the heads of the FBI and Britain’s domestic security service MI5 issued a sharp warning about systemic challenges posed to western economies and governments by Chinese espionage.

Yashchyshyn – the daughter of an Illinois truck driver – maintained that she was a Rothschild heiress while holding a position as president of United Hearts of Mercy, founded by Florida-based Russian oligarch Valery Tarasenko in Canada in 2015.

OCCRP and the Post-Gazette reported that “both the FBI’s office in Miami and the Sûreté du Québec provincial police in Canada have launched investigations that touch on her dealings”.

While the FBI refused to comment, its Canadian counterpart confirmed that its major crimes unit launched an investigation into Yashchyshyn earlier this year.

Word of the investigation into Yashchyshyn comes three years after a Chinese national approached a Secret Service agent outside Mar-a-Lago and claimed to be a member who wanted to use the pool. After passing the checkpoint, Yujing Zhang told a receptionist she was there to attend an event given by the United Nations Chinese American Association.

But no such event was on the calendar, and agents later found that she was carrying two Chinese passports, $8,000 in cash, four cellphones, a laptop computer, an external hard drive, a thumb drive containing computer malware – but no swimsuit.

Zhang was charged with making false statements to federal agents and illegally entering a restricted area. Zhang later received an eight-month prison sentence and was deported to China after being convicted of trespassing and lying to Secret Service agents.

The security lapses at the club involving Zhang and Yashchyshyn for some called to mind an episode early in Trump’s presidency where he was talking with then-Japanese prime minister Shinzo Abe on a patio about a response to a North Korea missile test while diners looked on.

In a particularly stunning moment, a guest who snapped a picture of Trump and Abe later took a selfie with a military aide carrying the black leather satchel carrying the codes needed to launch a nuclear strike, which is nicknamed “the football”.

“It’s unheard of,” a deputy national security adviser to Joe Biden in the Barack Obama White House said at the time. “These people operate behind the scenes.

I don’t think this team has any appreciation about the vulnerabilities they are creating for themselves and how dangerous this is.”

The Trump White House press secretary at the time, Sean Spicer, later insisted that no classified information was discussed and the leaders’ discussions were focused on the logistics of press statements they were to give.

Abe, who left office in 2020, was assassinated while giving a campaign speech in the Japanese city of Nara last month in an unrelated case.

New details into the FBI’s search of Mar-a-Lago emerged Friday when a heavily redacted affidavit justifying the search explained how investigators believed that highly sensitive national defense information and evidence of obstruction of justice were at the ex-president’s property.

The document detailed how an FBI review of materials Trump had returned to the National Archives in May 2022 concluded that he had kept sensitive government secrets at Mar-a-Lago.

The justice department said among the documents recovered by the National Archives, 184 had classification markings. Some were stamped “SI” for special intelligence, “HCS” for intelligence from human clandestine sources, and “NOFORN” for “Not Releasable to Foreign Nationals”. 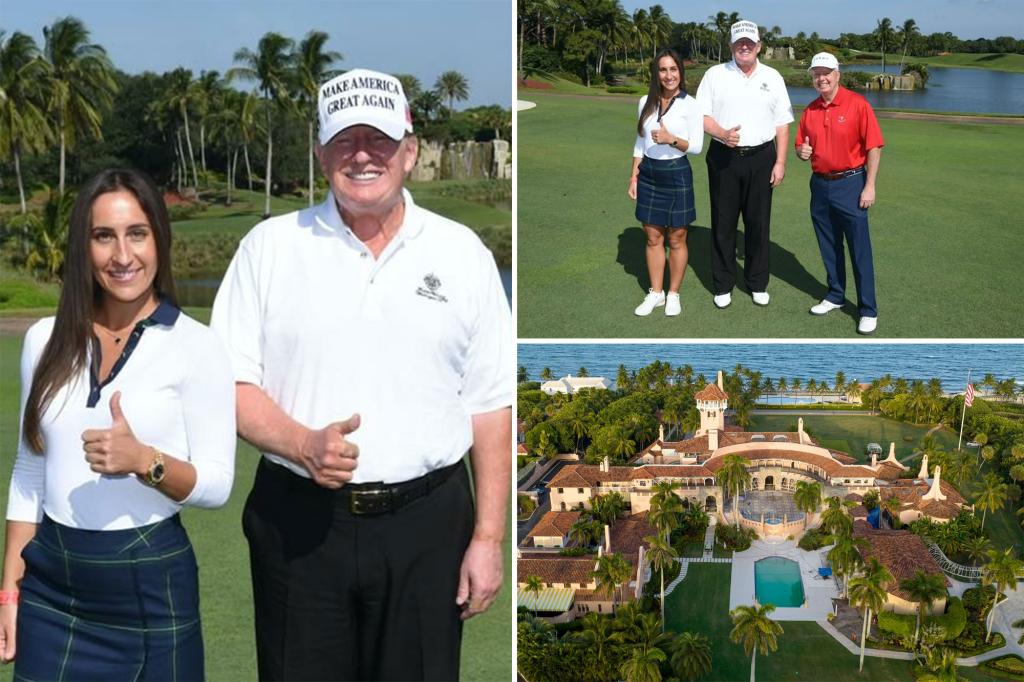 A Ukrainian woman posing as a member of the Rothschild banking family has been outed as a fraud after she allegedly infiltrated former President Donald Trump’s Mar-a-Lago estate, according to repor…