1/ North Carolina's congressional district maps were unconstitutionally gerrymandered in favor of Republicans and new maps may have to be drawn before the midterm elections, a panel of three federal judges ruled. The judges said they were reluctant to allow voting to take place in districts that have twice been found to violate constitutional standards while acknowledging that primary elections have already occurred. North Carolina legislators are likely to ask to the Supreme Court to hear the case. (Washington Post / CNN)

More breadcrumbs to help shape how the Russian investigation is going.

Devin Nunes’ attempted to track down any intel (via MI5, MI6 and GCHQ) on the Steele Dossier, last year, and he was met with some resistance. Nunes is being selectively frozen out by our allies because they know he’s trying to kick up controversey about the dossier/Steele etc.

One interesting bit - and a subplot. THey can not find the London-based professor Joseph Mifsud, who told Papadopoulis that the Russians had dirt on Hillary. (separate link at bottom) *

The chairman of the House Intelligence Committee flew to London to gather intel on Christopher Steele, the former British intelligence officer who compiled the dossier alleging Trump-campaign ties with Russia. But MI5, MI6, and GCHQ didn’t seem interested.

According to two people familiar with his trip across the pond who requested anonymity to discuss the chairman’s travels, Devin Nunes, a California Republican, was investigating, among other things, Steele’s own service record and whether British authorities had known about his repeated contact with a U.S. Justice Department official named Bruce Ohr.

"…those meetings did not pan out—Nunes came away meeting only with the U.K.’s deputy national-security adviser, Madeleine Alessandri. The people familiar with his trip told me that officials at MI6, MI5, and GCHQ were wary of entertaining Nunes out of fear that he was “trying to stir up a controversy.”

Steele, who authored a collection of memos sourced to Kremlin and campaign insiders alleging a conspiracy between Trump’s campaign and Moscow to win the 2016 election, has been a fixation for Nunes ever since the document was published slightly more than two weeks before Trump’s inauguration. Last summer, two of Nunes’s staffers, Kash Patel and Doug Presley, traveled to London—without the knowledge of the U.S. Embassy or British government—in search of Steele, whose lawyer denied the staffers access to his client. This time, Nunes sought a work-around, I’m told. His trip to London at such a precarious moment for the president, and the intelligence agencies’ decision to decline him a meeting, is emblematic of the political island on which Nunes finds himself—along with a handful of other Trump allies in Congress and the media—as he continues his search for wrongdoing by the Justice Department.

The unmasking scandal lost steam as Nunes shifted his attention to alleged surveillance abuses by the DOJ. Nunes alleged in a memo that the FBI had used intelligence passed to them by Steele to bolster the bureau’s application for a surveillance warrant targeting an early Trump campaign adviser, Carter Page, while failing to disclose “the political origins” of Steele’s research to the Foreign Intelligence Surveillance Court. A copy of the FBI’s warrant application, however, directly contradicts that claim.

Still, both Steele and Ohr—along with former FBI high-ranking officials such as Peter Strzok, Andrew McCabe, and James Comey, all of whom have been fired in the past year—have been targeted by the president and his allies, who have characterized the Russia investigation currently being led by Special Counsel Robert Mueller as a “witch hunt” that was launched because of the dossier. 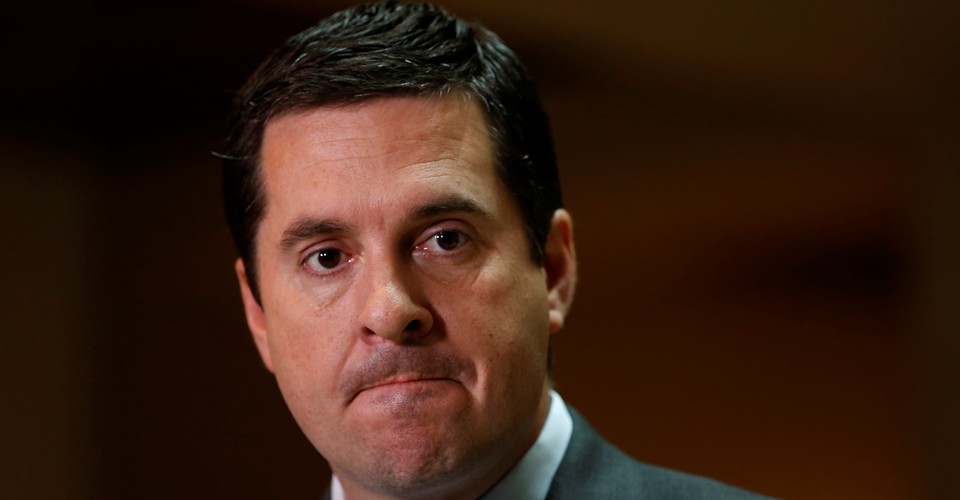 The chairman of the House Intelligence Committee flew to London to gather intel on Christopher Steele, the former British intelligence officer who compiled the dossier alleging Trump-campaign ties with Russia. But MI5, MI6, and GCHQ didn’t seem...

Reuters has confirmed my reporting from this morning re: Nunes' unsuccessful efforts to meet with British spy chiefs on a recent trip to London. https://t.co/iKFARkMAR0 you can read my story here: https://t.co/KfTqc7Gmby

*Mifsud link (and if there is someone missing, well, the Russians may know why) 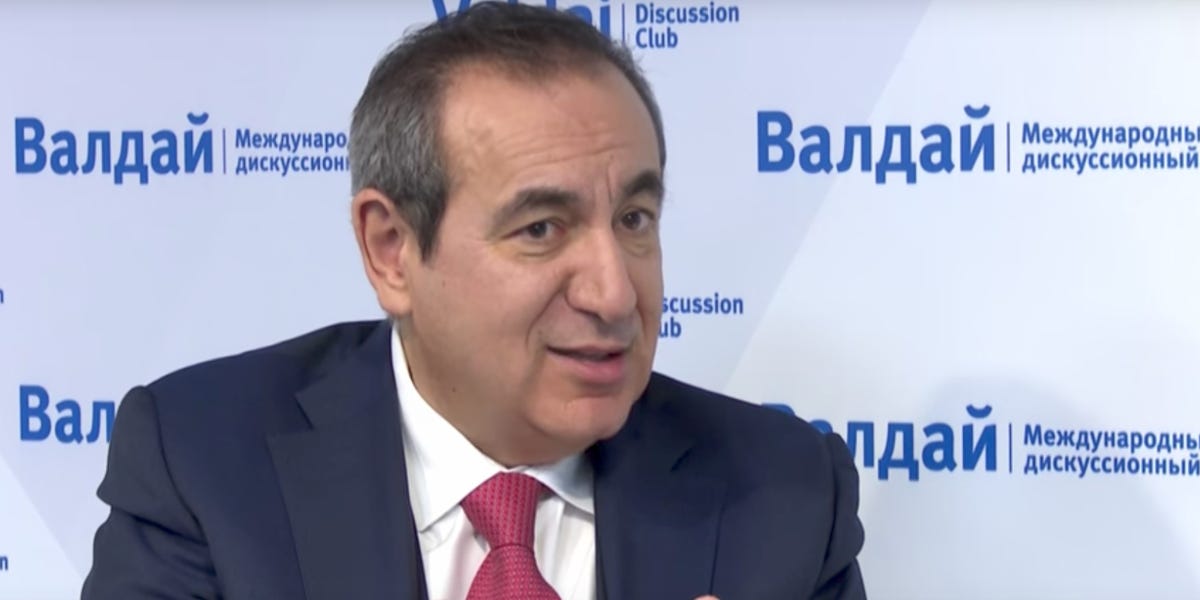 A mysterious professor who told the Trump campaign about 'dirt' on Hillary...

No one can track down Joseph Mifsud, a professor who reportedly met with George Papadopoulos, a former Trump campaign adviser, during the US 2016 campaign.

This raises lots of questions, but also the possibility the Trump administration is furnishing highly confidential personal information of public-servants-turned-Democratic-candidates to their political opponents. Have to get to the bottom of this.

This raises lots of questions, but also the possibility the Trump administration is furnishing highly confidential personal information of public-servants-turned-Democratic-candidates to their political opponents. Have to get to the bottom of this. https://t.co/3TVUmmiILX

Why are a former C.I.A. officer’s personal details from a security clearance being publicly revealed…? It does wreak of dirty tricks, lowball campaigning…and reminiscent of Valeria Plame (a CIA agent who was outed for political purposes)

Abigail Spanberger, the Democratic candidate running against Rep Dave Brat of VA is now trying to save herself from undue public exposure and having all her personal details up for grabs.

Abigail Spanberger, the Democratic candidate challenging Representative Dave Brat of Virginia, sent a cease-and-desist letter to Corry Bliss, the executive director of the Congressional Leadership Fund, which has raised more than $100 million to help Republicans in the midterm elections**. She demanded that the super PAC destroy all copies of the form and agree to not use the information in any fashion.** 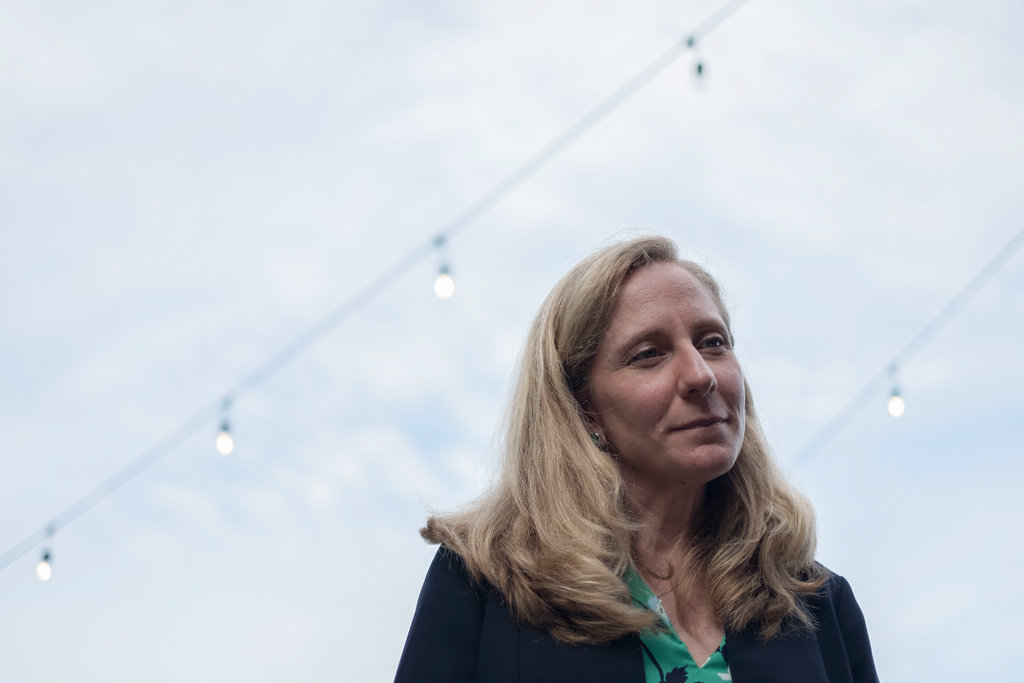