1/ Sen. Jeff Flake will vote "yes" on Kavanaugh's confirmation, ensuring that the Senate Judiciary Committee will advance Kavanaugh's nomination to the full Senate. Flake said that he still has "much doubt" after yesterday's hearings with Kavanaugh and Ford, but he believes "our system of justice affords a presumption of innocence … absent corroborating evidence." (New York Times / Associated Press / Washington Post) Analysis | Kavanaugh is pressed on the key July 1 entry in his calendar. But...

A July 1 party including people mentioned by Christine Ford is raised -- and then dropped.

Rachel Mitchell totally bungled the questioning regarding the July 1, 1982 gathering. See my comments about the gathering here.

To my original comments, we can now add that we know the full names of the following attendees to this gathering (this is through Kavanaugh’s own testimony): Tim Gaudette, Mark Judge, Tom Kaine, P.J. Smyth, Bernie McCarthy, Chris Garrett.

So we know the gathering was at the home where the Gaudette’s lived in 1982. This should be easy to locate. All of the individuals at this party must be interviewed by the FBI.

An interruption in the proceedings…reading lips, looking at who might be talking with Flake now - Sen Coons (DE - D), and others are going back there. 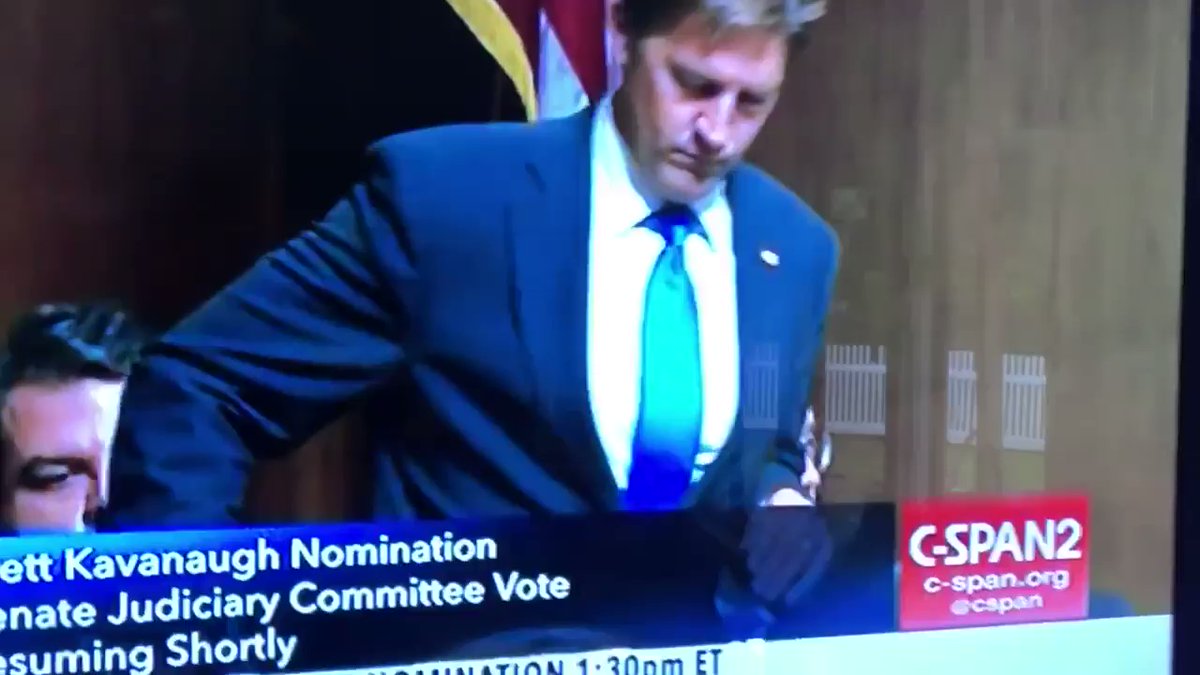 Feinstein to Grassley on C-SPAN2 hot mic sounds a lot like: “Jeff can force it if he wants to but there is no agreement to do that https://t.co/elw0H6Ohbh”

Whitehouse and Klobuchar are the Dems’ killers on the committee. Coons is the most fundamentally decent and intellectually honest man in the Senate. The conscience of it, if you will.
2 Likes
dragonfly9 September 28, 2018, 5:50pm #5 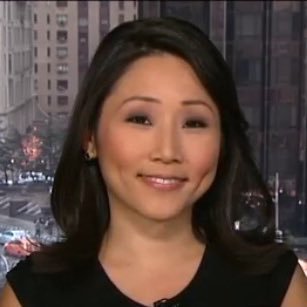 Breaking: Flake says vote should be delayed for no more than one week so FBI can investigate
1 Like
dragonfly9 September 28, 2018, 6:15pm #6

And onto Mark Judge.

People call the Brit paper, Daily Mail - The Daily Fail, but they do gather some pertinent facts about Mark Judge… 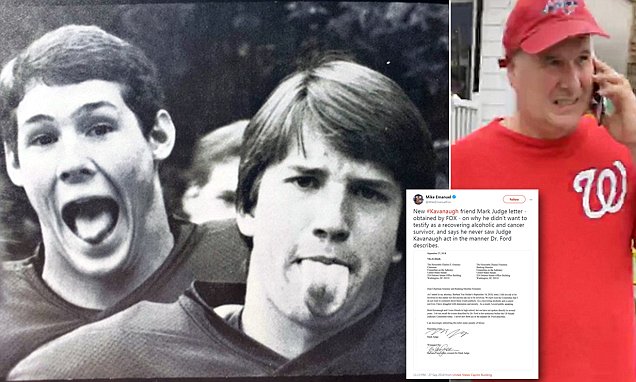 Mark Judge was named by Dr Christine Blasey Ford as being present during the alleged sexual assault she claims Supreme Court nominee Brett Kavanaugh committed at a high school party in 1982.

Another round of tax cuts pass the House, but may get stopped in Senate.

By GLENN FLEISHMAN September 28, 2018
With attention fixed on the Brett Kavanaugh confirmation hearings, the U.S. House of Representatives passed a new $3.1 trillion tax cut on Friday. The vote was 220 to 191, including three Democrats.

The down-to-the-wire 2017 tax act passed in late December contained a mix of permanent and temporary changes that had to result in a net increased cost that fell within a structural limit of $1.5 trillion that allowed the Senate to approve the bill with a simple majority.

The House’s new bill takes effect starting in 2025, and would add $600 billion to the national debt within the next decade, and then $3.2 trillion in the 10 years after that, according to Howard Gleckman of the Tax Policy Center.

Despite the House vote, it is unlikely the Senate will take up the legislation. The first round of tax cuts landed with a thud, with even a leaked Republican National Committee poll—reported on by Bloomberg News—showing American voters thought it benefited “large corporations and rich Americans” by an overall 2-to-1 margin and the same margin among independent voters.

Without special rules in place, the Senate would vote under normal procedures, which can require 60 senators’ votes to pass a bill that is heavily opposed.

Under the Fog of Kavanaugh, House Passes $3.8 Trillion More in Tax Cuts

The bill would add $600 billion to the national debt within the next decade—and $3.2 trillion in the 10 years after that.

BIG WTF kind of day and the WTF details got better. 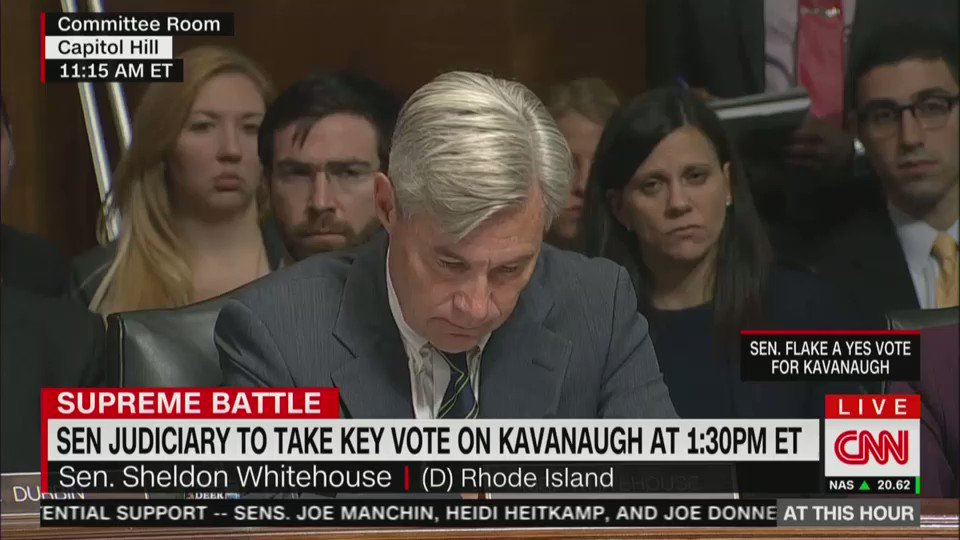 Whitehouse points out that an entry in Kavanaugh's diary is eerily consistent with Ford's recollection of the party she was assaulted at. (But Republicans refuse to investigate it!) "This may be powerful corroborating evidence that the assault happened on that day and place." https://t.co/en2Sxvm2j9
3 Likes
next page →