1/ Trump suggested that "rogue killers" may be responsible for the disappearance of Jamal Khashoggi because King Salman "firmly denied any knowledge" of what happened. "It sounded to me like maybe these could have been rogue killers," Trump said. "Who knows?" During an interview with "60 Minutes," Trump said that even though the Saudis denied involvement in Khashoggi's disappearance, it was still possible that they were responsible. "We're going to get to the bottom of it, and there will be severe punishment." (New York Times / Politico / CBS News)

WH lawyer McGahn will be replaced by commercial lawyer Pat Cipollone, as was speculated.

Cipollone, who practices commercial litigation at Stein Mitchell Cipollone Beato & Missner, is well liked and respected among Trump’s personal lawyers and had been informally advising them since at least June on the special-counsel probe into Russian interference in the 2016 elections. 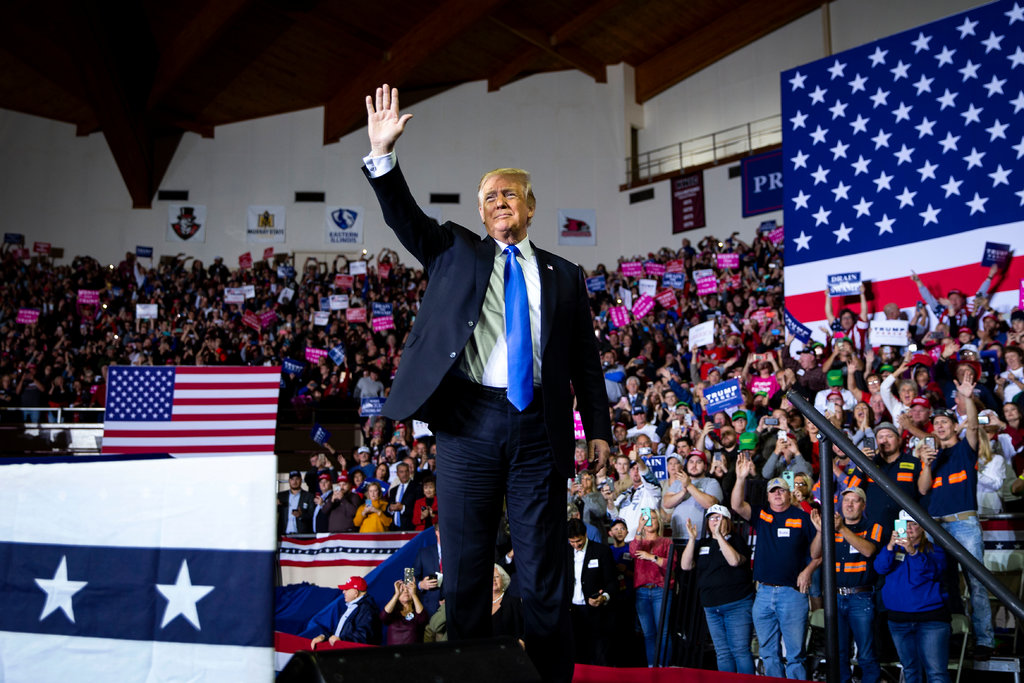 The president’s re-election operation raised $18 million in the third quarter, a slight increase, as it built up its capacity for the campaign ahead.

The real headline should be:
Trump Campaign Evades Reporting Requirements

The largest recipient of Trump campaign funds was a company called American Made Media Consultants, which was created by the campaign to purchase digital, radio and television advertising, including online fund-raising solicitations.

The company, which is controlled by Trump campaign officials, was set up this year in consultation with its law firm, Jones Day. It is not intended to turn a profit, but rather to save the campaign money by acting as a clearinghouse for spending that would otherwise be done by outside vendors who typically take commissions on such purchases.

The model . . . could also allow the campaign to avoid disclosing to the election commission precise details about its spending, instead just listing line-item expenditures.

Or, based on the following two expenditures, maybe the article should be titled:
Trump Diverts Campaign Contributions to Pay Russia Investigation Legal Expenses

Other significant payments included $1.3 million to Jones Day which handles the campaign’s election compliance but also represents it in matters related to investigations of Russian meddling in the 2016 campaign.