1/ Trump tweeted a racist video falsely accusing Democrats of allowing a man who murdered two police officers into the country. The ad shows Luis Bracamontes, a Mexican man who had previously been deported but returned to the U.S. and killed two California sheriff's deputies, in court with text overlays that say he "killed our people!" and that "Democrats let him into our country" and "Democrats let him stay." It's followed by footage of people who appear to be part of a migrant caravan pushing down gates with text then asks: "Who else would Democrats let in?" The ad offers no evidence for claims that Democrats let Bracamontes, who was deported twice, into the country. (ABC News / CNN / The Guardian)

Less than a week before the ND midterms…Judge Hovland will deny Native American’s the right to vote, due to no street address.

In early October, the Supreme Court denied a request from the plaintiffs to toss out the 8th Circuit’s ruling.

Hovland said Thursday that the allegations in the Native Americans’ complaint do give the court great cause for concern.

“However,” he said, “a further injunction on the eve of this election will create as much confusion as it will alleviate, and is foreclosed by precedent which is hesitant to permit ‘eleventh-hour changes to election laws.’” 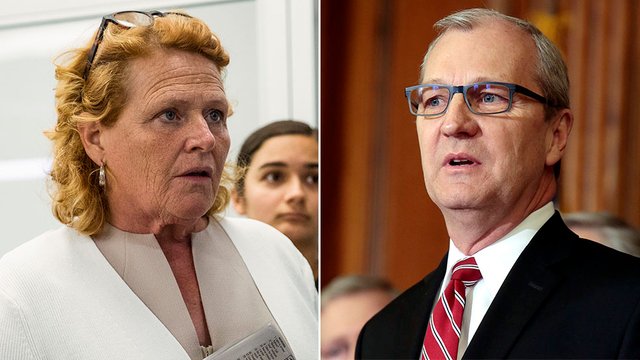 A federal district court judge on Thursday refused to temporarily exempt Native Americans in North Dakota from a state law requiring residents to show a valid ID that lists a current residential street address when voting.

1/ Trump tweeted a racist video falsely accusing Democrats of allowing a man who murdered two police officers into the country .

Here’s some excellent reporting from the WaPo detailing the outright lies in this sickeningly racist ad. The sad thing is that this is exactly the kind of thing Trump’s base gobbles up and then propagates – I know because I regularly hear Trump’s lies repeated in the most casual way by a neighbor, the spouse of a friend, and two work colleagues – I hear the lies as in an echo chamber just days after Trump drops them in a Tweet. It’s appalling to consider that even years from now, the vast majority of Trump’s supporters will still be trumpeting these lies as if they are truths. We must impeach this racist, hate mongering President and remove him from office before he rends our country in two.

The expletive-filled advertisement President Trump released this week, seemingly to raise fears about immigration in advance of the midterm elections, was widely denounced, with Democrats and even some Republicans criticizing it as racist.

But beyond the outrage, the ad was also reportedly based on a falsehood.

The 53-second video focuses on the courtroom behavior of Luis Bracamontes, an undocumented immigrant who was convicted of killing two sheriff’s deputies in California in 2014 and bragged about it during the trial.

Just one problem: It doesn’t appear to be true.

Bracamontes, who had been deported multiple times before his crime rampage, appears to have last entered the country while George W. Bush was president, sometime between May 2001 and February 2002, when there is a record for his marriage in Arizona, according to the Sacramento Bee…

The ad also failed to mention that in 1998 he was arrested on drug charges in Phoenix, then released by the office of Maricopa County Sheriff Joe Arpaio “for reasons unknown,” the Bee reported.

Yes, that Joe Arpaio, the racist sheriff pardoned by Trump as a dog whistle to other racists in his base, actually had Bracamontes in custody and then let him go – a truth conveniently omitted from Trump’s lying ad.

Trump said he had a “long and very good conversation” with Chinese President Xi Jinping , claiming trade “discussions are moving along nicely.”

Thank you, President Trump. It looks like we’ll see a good outcome about the same time the Wall is completed and Mexico finishes paying for it.

In the mean time, Elizabeth Warren is shedding light on the Administration’s deplorable practice of favoring foreign-owned companies over U.S.-owned companies when granting tariff exemptions. 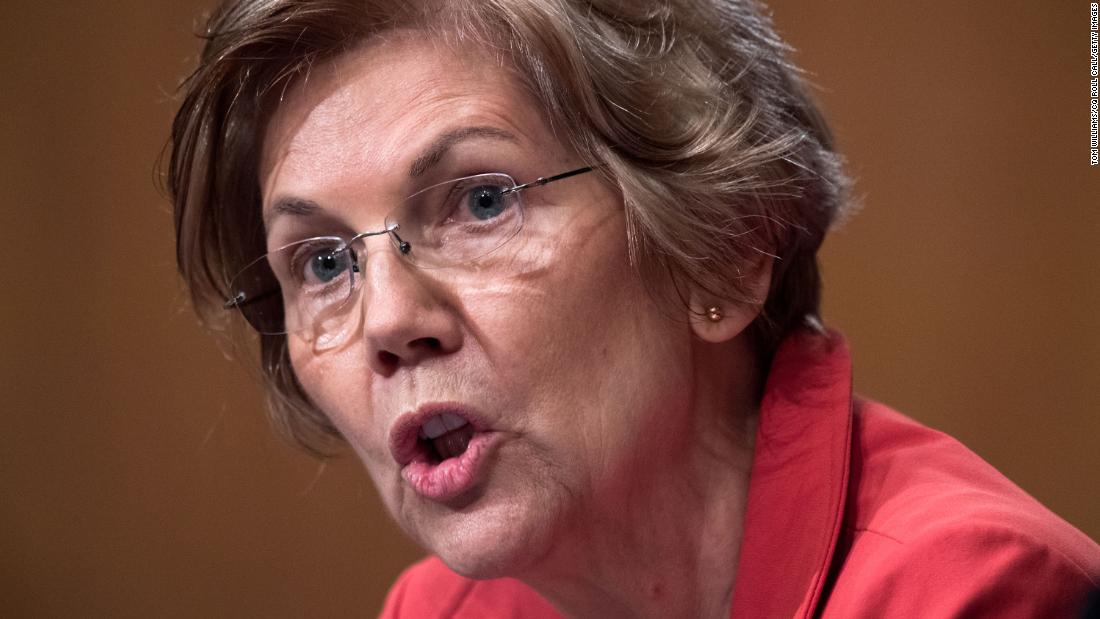 Companies with operations in the United States, but headquartered in Japan and China, were more likely to have their requests granted than American companies seeking relief, according to a review done by Warren’s staff of more than 900 decisions made during the first 30 days that responses were made available.

“I write to express grave concern that the majority of the first batch of exemptions your department has issued from the Trump administration’s steel tariffs have gone to subsidiaries of foreign-owned companies — even though these tariffs are purportedly in place to protect American companies,” wrote Warren in a letter sent Tuesday to Commerce Secretary Wilbur Ross.

Greenfield Industries, which [has a factory in South Carolina and] manufactures a variety of drill bits made from steel, is one of the companies that was granted a waiver from the tariffs. In one of its applications, the company said that US steel suppliers cannot meet the demand for the “high speed steel” material it requires.

Warren’s letter points out that Greenfield Industries is owned by TDC, a company based in China.

No wonder Trump is getting positive feedback from the Chinese as the trade war drags on: their companies are getting more steel tariff waivers than U.S. companies. At the same time, on the agricultural front, China appears to be permanently eroding America’s global market share of soybean production.

I just want to plug Four Directions who were able to raise more than $500,000 to help get people to the polls. If anyone else is feeling extra grateful, they do have a secure donate button.

Tonight Rachel Maddow called out Republican candidates across the country for lying to their constituents about their stands on Obamacare. They claim they want to protect it while in 20 states they are actively suing to abolish it.

Maddow featured this clip of Obama in which he nails the treachery of Republicans on this crucial issue.

I miss him. Those were the days. I sometimes find myself wishing I could jump in a time machine and return to an era when the White House was occupied by an actual civilized, articulate, and inspiring leader.