Shock and awe incoming, Sessions was just forced out!

Here we go… Sessions has been forced out!! Attorney General Jeff Sessions has resigned at the request of President Trump. The move follows months of Mr. Trump expressing his displeasure with Mr. Sessions in critical tweets. The abrupt move ended Mr. Sessions’ tumultuous tenure as the nation’s top law-enforcement officer. Throughout, he couldn’t shake Mr. Trump’s displeasure over the special-counsel investigation into Russian interference in the 2016 election. https://www.wsj.com/articles/at…

If we take a step back and just look at Trump’s reaction today, it truly seems as though he’s panicking. He likes making offensive plays and as Andrew Napolitano points out, this is his strongest offensive play right now. How all this works out politically will happen in the next 24 hours news cycle.

Reporters will not get much sleep this week or ever again. Voters are tired too but it’s out of their hands for a while. It’s now up to our leaders how this will play out in Congress. The Democratic action committees like Indivisible and others will come back into the game until 2020.

Okay but is it just me or did Trump effectively declare war on the House of Representatives?

Please tell me why that is just a ridiculous thing to think.

WTF WTF WTF
This is galling particularly after the questioning today from Yamiche Alcindor (PBS) to T about his calling himself a ‘nationalist,’ to which he responded that her question was racist. 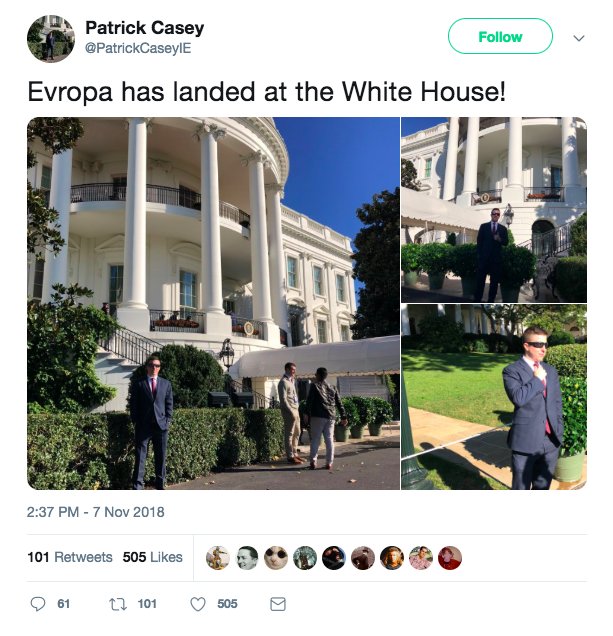 My Q was fair & timely. Patrick Casey, executive director of Identity Evropa, which Southern Poverty Law Center says is part of the "alt-right's" effort to recruit white, college-aged men and make them the "new face of white nationalism," tweeted that he was at the WH today.

But who shows up at the WH - a White Nationalist 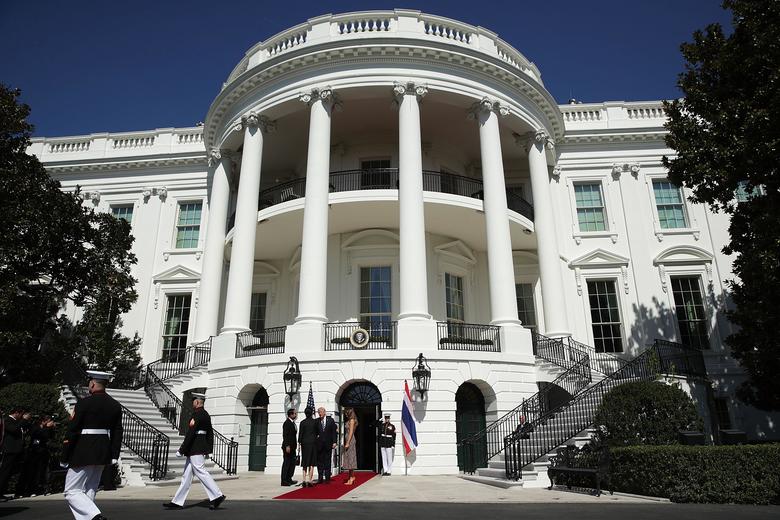 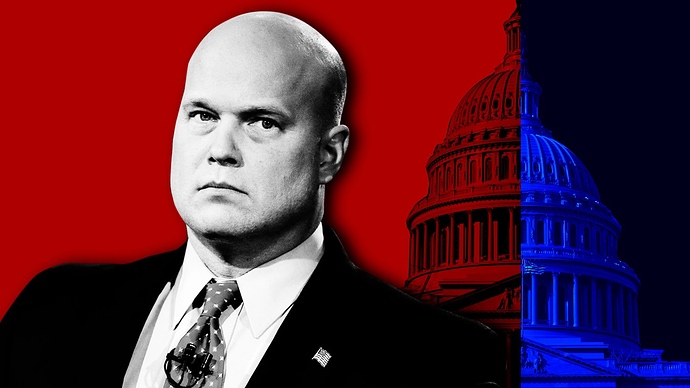 Acting AG Matthew Whitaker ‘is on record as being more interested in propping up Trump than in upholding the rule of law,’ one Justice Department lawyer says.

This is an outrageous act of treachery by Trump. He must be stopped!

Acting Attorney General Mark Whitaker, named to head the Justice Department after Jeff Sessions was fired Wednesday, has a close relationship with President Trump and has expressed hostility toward special counsel Robert Mueller’s probe—which he may now oversee.

“Whitaker is on record as being more interested in propping up Trump than in upholding the rule of law,” one DOJ trial attorney told The Daily Beast. “It’s hard to have confidence that he’ll do anything other than what the president had said in his tweets.”

Whitaker has previously expressed serious reservations about the Mueller probe, criticizing its direction in numerous cable news interviews over the past year.

He has called the investigation a drain on the department’s resources and claimed Mueller’s team leaked information to make the special counsel “look productive and on top of things.”

“We have had so many leaks from everywhere, including the Mueller team and those in the Department of Justice, that I think we would know if there was a smoking gun or any gun or any smoke,” he said in an August 2017 radio interview.

In a radio interview in May 2017, he described former Trump national security adviser Michael Flynn’s phone calls with the Russian ambassador during the presidential transition as potentially “friendly get-to-know-you” conversations. Flynn pleaded guilty to lying to the feds two months later.

In July 2017, Whitaker tweeted that it would be a “mistake” for Congress to pass legislation to protect Mueller from the White House, claiming Mueller was “already protected enough.”

A month later, he wrote an op-ed for CNN saying the Mueller investigation had gone too far. 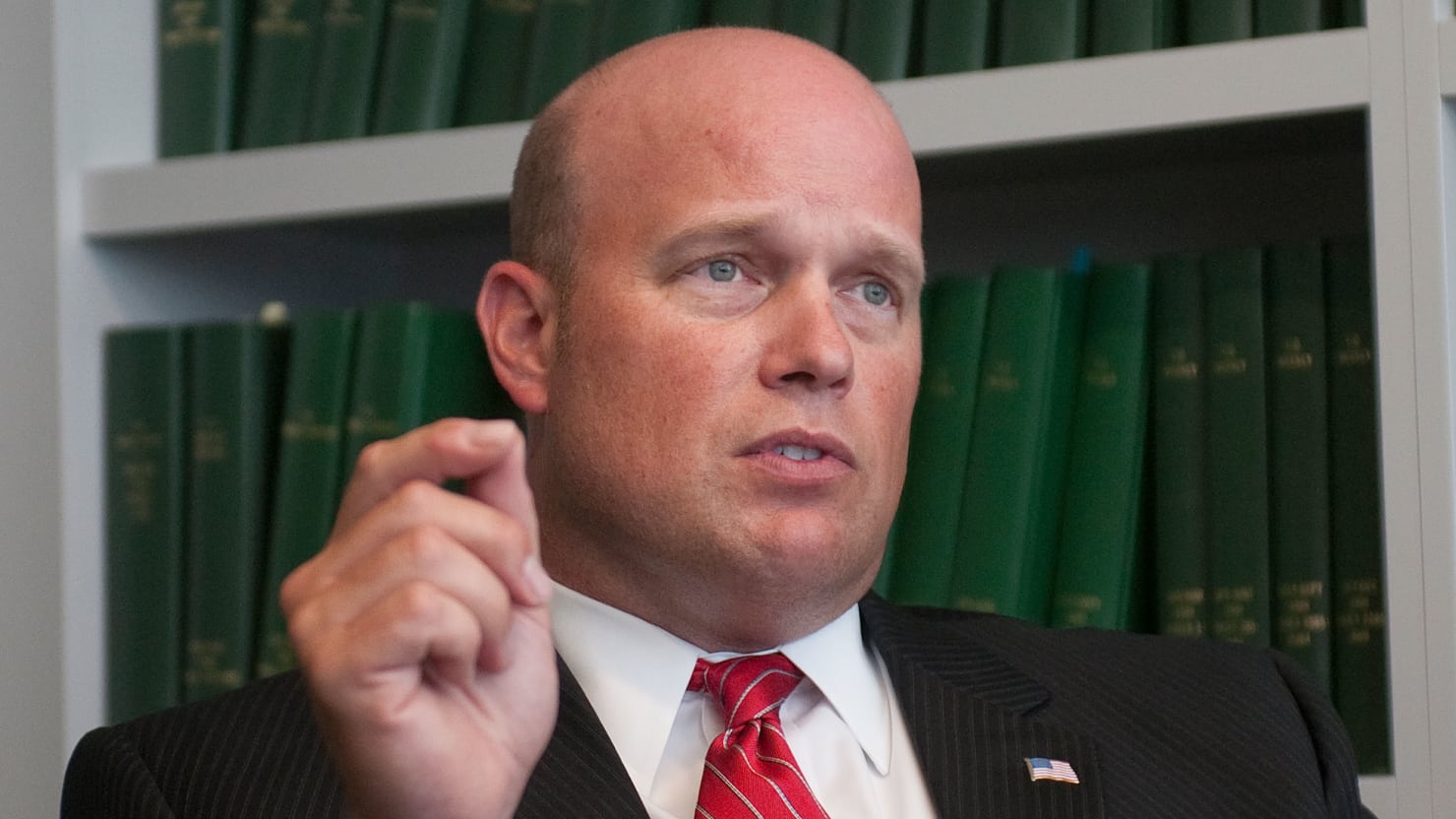 He said that 'as a former US Attorney, I would only align myself with a first class' business. The FTC said it took customers for over $25 million, with some losing 'life savings.'

Instead of heading the DOJ, Matthew Whitaker should be on trial for aiding and abetting scammers who bilked investors out of $25 million. How much of that stolen money did he take home as payment for his endorsements and for serving on their advisory board?

It is widely known that paid “services” like this that accept money from hopeful inventors to promote their inventions are almost invariably scams – much like “self publishing” scams. I’m convinced Whitaker knew perfectly well that this company was, at the least, gouging its customers and, at the worst, outright scamming them – which turned out to be the case.

Whitaker could have easily done a little due diligence to check them out before joining their advisory board and offering glowing endorsements. Shame on him for debasing his DOJ credentials to turn a profit for himself. He basically hocked the integrity of the DOJ to promote the schemes of these criminals. And this is the person who is now in charge of the DOJ?

Our new acting attorney general was listed on the advisory board of a patent marketing company that federal authorities shut down as a fraudulent scheme that bilked aspiring inventors of millions of dollars and intimated that those who publicly complained might have to deal with a “security team” of Israeli ex-special forces operators schooled in Krav Maga.

Two months into his association with the firm, a subsequent statement quotes Whitaker saying, “As a former US Attorney, I would only align myself with a first class organization. World Patent Marketing goes beyond making statements about doing business ‘ethically’ and translate those words into action."

The Federal Trade Commissioner took a dramatically different view in a 2017 compliant seeking a federal court order to shut down the company, saying it had bilked 1,504 aspiring investors of more than $25 million. Lauren Underwood, newly elected to Congress from Illinois, talks with Rachel Maddow about what made her first-time candidacy a success and her focus on the health care issues that are a priority of her constituents.

OK, you’ve got to see this! Today, Trump hit us with yet another shovel load of his trademark negativity, but watching this will lift your spirits and restore your faith in humanity. This is so inspiring. I had heard some snippets of Lauren Underwood’s story, but had no idea what an amazing coup she pulled off. And she did it by the seat of her pants – through hard work and determination and the support of many like-minded Democrats prepared to give their all to see her elected. On top of her many talents, she also projects an infectious, upbeat charisma. She will serve her district well, and, I suspect, is destined for much bigger things. With courageous Democrats like Lauren Underwood leading the charge, we will surely succeed!

With a recount in the offing, Kemp to step down, after the election.

Kemp, who is running for the state governor’s office against Democrat Stacey Abrams, has faced accusations of using his job as the state’s top election official to influence his gubernatorial bid.

While Kemp has declared victory, Abrams has not conceded and NBC News still considers the contest too close to call.

Georgia’s Republican Secretary of State Brian Kemp will resign Thursday as his gubernatorial race with Democrat Stacey Abrams remains too close to call.

In a statement, the Georgia secretary of state’s office said Kemp submitted his resignation effective at 11:59 a.m. Thursday. The Republican served as the state’s top election official as he ran to become its governor, and stepping down would mean he would not certify the final vote count — despite his ability to influence the election previously.

Kemp is the state's top election official as he runs to become its governor.

At what point can we call this whole thing a Constitutional crisis? Is this that point?

Sadly not yet, there is one provision in the constitution that prevents this from being a constitutional crisis.

The President, Vice President and all Civil Officers of the United States, shall be removed from Office on Impeachment for, and Conviction of, Treason, Bribery, or other high Crimes and Misdemeanors.

The constitution clearly provides an answer. So I would say we are stuck in a political power crisis until the new congress.

There’s only two sure ways to get Trump out, vote him out in 2020 or if he wins in 2020 keep the House and gain the Senate and impeach his ass.

Republicans will never impeach this President. They are his party now.

Democrats need to run hard to win the Senate and the presidency, while keeping the House in 2020. There are 726 days until the next Election Day. Dems can do this.

This horrible mass shooting is yet another unleashed person without any restraints using a gun to express anger, rage, mental illness, ptsd etc. At what point, do we actually do something???

Up against the 2nd Amendment, the ‘freedoms’ of individuals to carry guns vs. the rageful fringe. And then there’s the NRA’s power…and an entrenched Congress.

Do we wait for the Parkland students to teach us that there is never any good that comes from doing nothing about gun control? 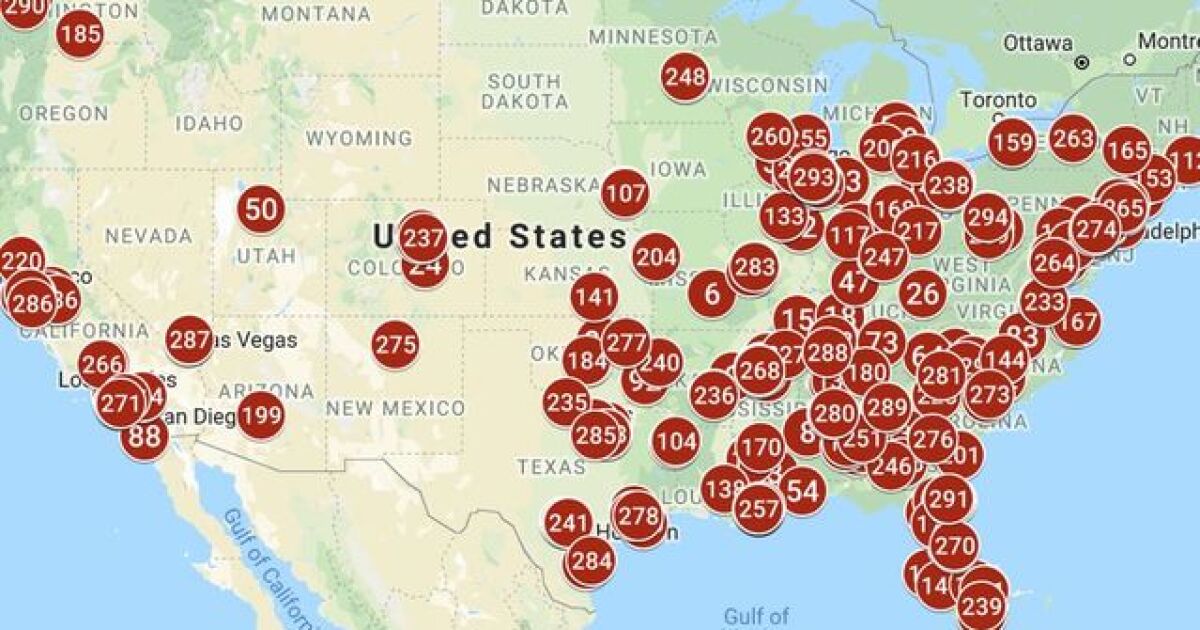 The number of mass shootings around the country in 2018 has risen above 300 so far.

Since Napolitano gave this interview, Lindsay Graham cut off his own balls and handed them to Trump. To quote a friend, he (and the rest of his GOP colleagues) are spineless mollusks.

did Trump effectively declare war on the House of Representatives?

Yes he did. Not ridiculous at all. He’s totally acting on his worst instincts.

Sessions has been forced out

You may need to grit your teeth to watch a Fox News segment, but here’s Andrew Napolitano making the point that this move is going to open up Trump to further allegations of obstruction of justice (he doesn’t put it in those words, but that’s the gist of what he’s saying) and there’s a strong case to be made that the appointment of Matt Whitaker is not legal.

did Trump effectively declare war on the House of Representatives?

Yes he did. Not ridiculous at all. He’s totally acting on his worst instincts.