1/ Trump called for Florida to suspend its legally required recount and declare the Republican candidates for Senate and governor the winners of their respective races. Without evidence, Trump claimed that "many ballots are missing or forged," and that "an honest vote count is no longer possible – ballots massively infected. Must go with Election Night!" In the governor's race, unofficial results showed Ron DeSantis leading Democratic mayor, Andrew Gillum, by 0.41%, and in the Senate race, Republican governor Rick Scott leads incumbent Democrat Bill Nelson by 0.14%. Florida's 67 counties are required to complete their recounts by Thursday. (ABC News / The Guardian / Washington Post / NBC News / CNBC) How could a president who claims to support the military campaign against counting those votes now?

This is an editorial, but it’s also news about what the President is tweeting so I’m posting it here. On Veteran’s day, Trump is doing everything he can to ensure that the votes of American soldiers are thrown in the trash. When are all the people who think Trump is their friend going to wake up and realize that he isn’t and he never was? 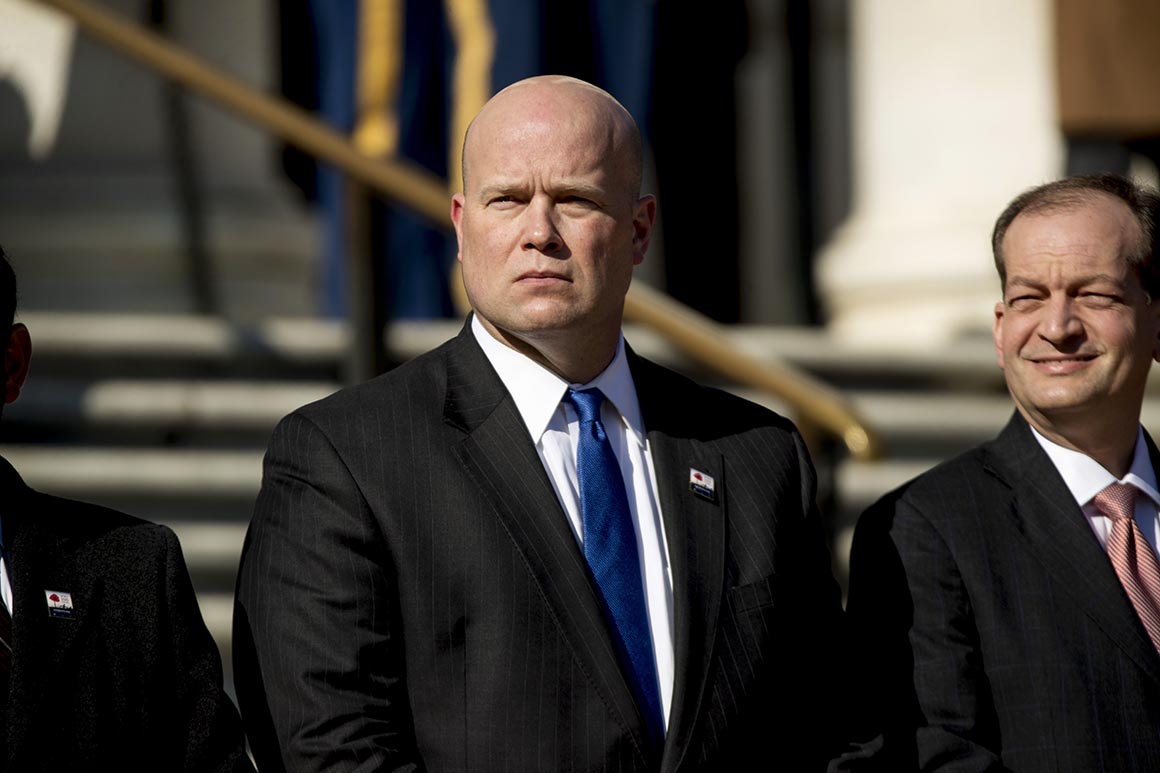 Democrats have criticized the acting attorney general over his past statements questioning the special counsel’s investigation.

“Acting Attorney General Matt Whitaker is fully committed to following all appropriate processes and procedures at the Department of Justice, including consulting with senior ethics officials on his oversight responsibilities and matters that may warrant recusal,” Kerri Kupec, a department spokeswoman, said in a statement on Monday night.

Pardon my cynicism, but it wouldn’t surprise me if this panned out like the dubious Kavanaugh investigation – a way of “legitimizing” what is wholly illegitimate.

Whitaker’s conflicts of interest are glaring. He has strongly criticized the Mueller investigation many times. For this reason alone, he should recuse himself.

Of much greater concern, I believe, is the possibility he schemed with the President to impede the investigation. If so, then he and Trump are both guilty of obstruction of justice. Why did Trump lie so adamantly, claiming he did not know Whitaker? The very next day, Kellyanne Conway admitted to the lie and confirmed, in fact, that Trump knows Whitaker well. At the same time that Trump lied about knowing Whitaker, he also claimed he and Whitaker never discussed the Mueller investigation – so there’s a good chance that is a lie as well.

Vox has reported that two White House sources are saying that during several phone calls and visits to the Oval Office, Whitaker advised Trump on how to lean on the DOJ to launch politically motivated investigations against Hillary Clinton. If they were scheming in that way, there’s every reason to believe they also conspired about the Mueller investigation.

The first thing Democrats should do on January 3, when they assume the majority position in the House, is to subpoena Whitaker and question him about what he and Trump discussed regarding his appointment as Acting AG. And they should announce their plans for doing so right now. That should put a chill in Whitaker.

UPDATE: I just looked up Kerri Kupec, the DOJ spokesperson who announced that Whitaker plans to consult with ethics officials. Earlier in this post, I made a comparison between this move and the questionable Kavanaugh investigation – they both feel more like propaganda tools than part of a serious vetting process. It turns out I was closer to the mark than I thought. Remarkably, Kupec’s latest job was spokesperson for the White House’s campaign to have Kavanaugh confirmed. She went from being a White House promoter of Kavanaugh just a few weeks ago to a DOJ promoter of Whitaker.

It seems Kupec did such a good job of making it appear that Kavanaugh was actually a legitimate pick for the Supreme Court that Trump has rewarded her with a new gig scamming the nation into believing that Whitaker can legitimately supervise the Mueller investigation. It sure feels like the fix is in.

Here’s Kupec on Fox News promoting Kavanaugh. You don’t need to watch more than the first few seconds – I’m just posting this to confirm that Kupec is not an impartial career DOJ bureaucrat who is ensuring that Whitaker meets the department’s ethical standards; instead she appears to be an unabashed White House / Fox News plant within the DOJ – which should lead us to question her intentions.

I consider it completely unimportant who in the party will vote, or how; but what is extraordinarily important is this—who will count the votes, and how. In Russian: Я считаю, что совершенно неважно, кто и как будет в партии голосовать; но вот что чрезвычайно важно, это - кто и как будет считать голоса. Said in 1923, as quoted in The Memoirs of Stalin's Former Secretary (1992) by Boris Bazhanov [Saint Petersburg] (Борис Бажанов. Воспоминания бывшего секретаря Сталина). (Text online in Russian). Variant (loose) translation: The people who cast the votes decide nothing. The people who count the votes decide everything.