1/ CNN sued Trump and several White House aides asking the court to restore Jim Acosta's access to the White House. Trump suspended Acosta's press pass last week after a confrontation during a press conference. The suit alleges that Acosta's and CNN's First and Fifth Amendment rights are being violated by the White House's ban. "This is not a step we have taken lightly. But the White House action is unprecedented," CNN president Jeff Zucker said. Sanders responded by saying that CNN is "grandstanding" by suing. She added that the administration will "vigorously defend" itself. (CNN / Washignton Post / New York Times) 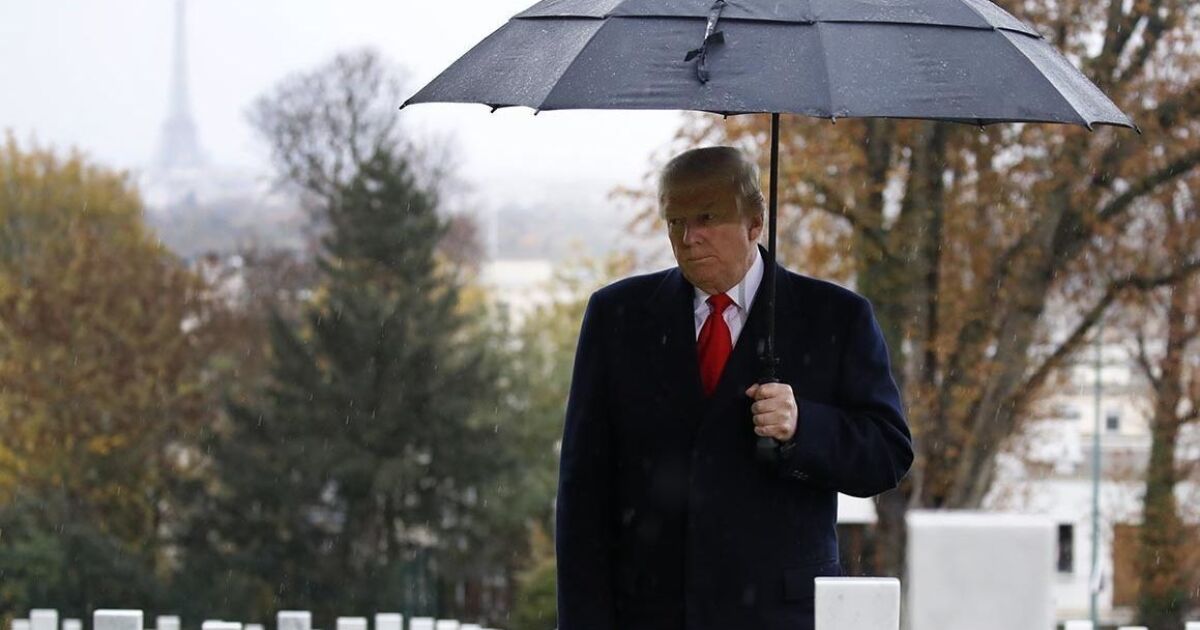 Must Reads: Trump, stung by midterms and nervous about Mueller, retreats from...

For weeks this fall, an ebullient President Trump traveled relentlessly to hold raise-the-rafters campaign rallies — sometimes three a day — in states where his presence was likely to help Republicans on the ballot.

I’m sorry, did I miss the part where he started doing any of those?

John Yoo, former GWB’s head counsel writing this piece for The Atlantic. Even if Yoo’s ethical positions are a bit off (see waterboarding memo), he worked within the White House.

He is making a Constitutional argument against picking Whitaker unless he is vetted by Congress. It falls into a constitutional law argument, and something I can not begin to know, but what he says makes sense.

Trump, however, has declared that he barely knows Whitaker and has not discussed Special Counsel Robert Mueller’s investigation with him. If so, the White House may have appointed Whitaker in a too-clever-by-half effort to limit the probe led by Mueller. When a senior government official resigns, dies, or cannot do his or her job, the Federal Vacancies Reform Act allows the president to appoint another official of the same federal agency “to perform the functions and duties of the vacant office temporarily in an acting capacity.” Whitaker’s appointment clearly meets the terms of the congressional statute.

Paul Rosenzweig: It wouldn’t be easy for Whitaker to shut down the Trump investigations.

But Whitaker’s appointment must still conform to a higher law: the Constitution. As the Supreme Court observed as recently as this year, Article II provides the exclusive method for the appointment of “Officers of the United States.” The president “shall nominate, and by and with the Advice and Consent of the Senate, shall appoint Ambassadors, other public Ministers and Consuls, Judges of the Supreme Court, and all other Officers of the United States.” The appointments clause further allows that “the Congress may by Law vest the Appointment of such inferior Officers, as they think proper, in the President alone, in the courts of law, or in the heads of departments.”

The Constitution, therefore, recognizes only two types of federal officers. First, there are what the Supreme Court has come to recognize as “principal” officers, who require presidential appointment with Senate advice and consent. Second, there are “inferior” officers, posts for which Congress can choose to allow appointment by the president, courts, or even Cabinet members alone. As the nation’s top lawyer, the attorney general heads one of the four “great” departments of government, along with State, Defense, and Treasury, and the office has existed since the first Washington administration. The attorney general is clearly a principal officer of the government; if he or she is not, it is difficult to imagine what other officer is—the Supreme Court said as much in Morrison v. Olson, the 1988 case upholding the constitutionality of the independent counsel as an inferior officer because she reported to the attorney general as the principal officer. 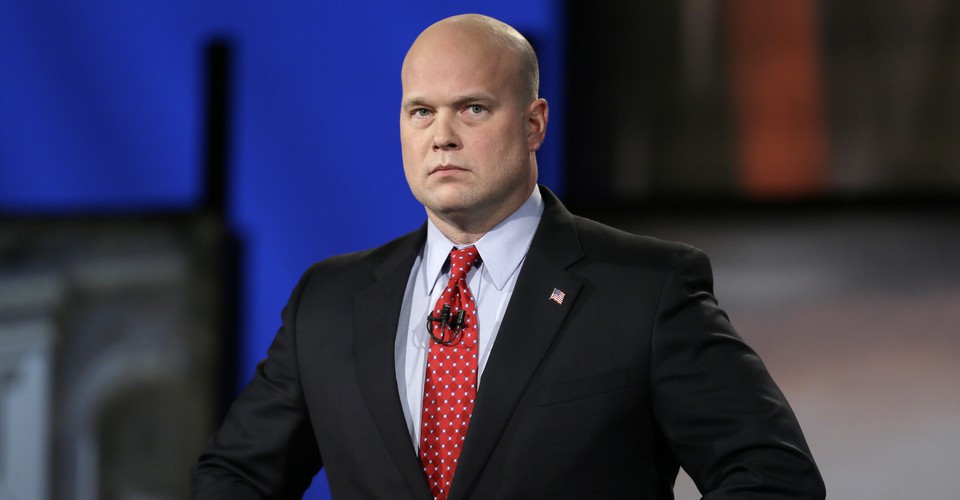 He can’t legally hold the office—and that’s a problem for everyone. 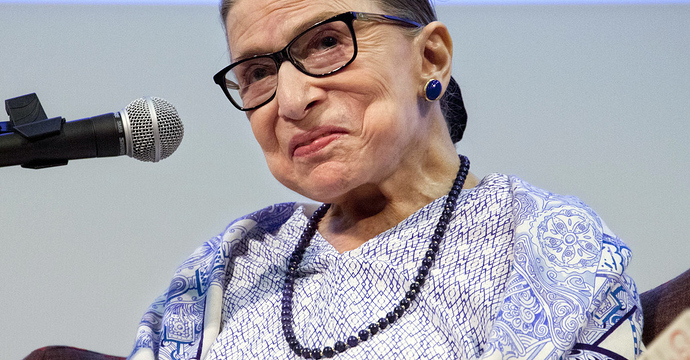 Ginsburg — who, at 85, is the oldest member of the top US court — fractured three ribs during a fall in her office on Wednesday night. She's now working from home.

That lady is hardcore 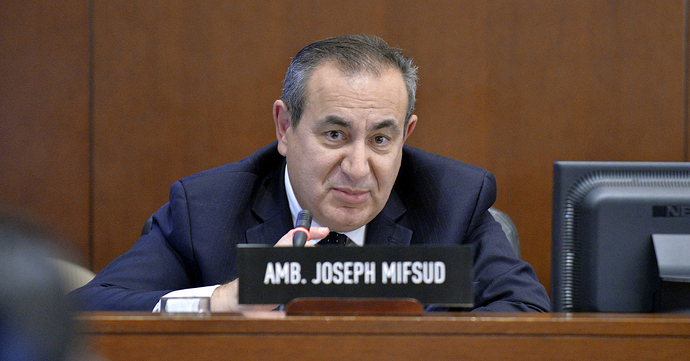 Joseph Mifsud Wants To Testify Before The Senate, A Lawyer Claims

“We are working towards his appearance,” a lawyer closely associated with the Maltese professor wrote in an email to BuzzFeed News.

Sometimes it feels like we’re living in a spy novel. I was sure this guy was sleeping with the fishes. But here he is – back and ready to testify. Maybe this is the reason Papadopoulos has been flipping out lately.

A lawyer closely associated with Joseph Mifsud claims that the Maltese professor, who allegedly delivered word of Hillary Clinton’s stolen emails to Donald Trump’s campaign, is willing to testify to the US Senate.

Mifsud disappeared after he was identified as the unnamed professor alleged by FBI investigators in court documents unsealed in October 2017 to have told Trump campaign aide George Papadopoulos that the Russians had “dirt” on Clinton in the form of thousands of emails, months before the Democrats themselves were aware that their computer system had been hacked.

He has not been seen in public since November that year. His former girlfriend in Ukraine says he disappeared, prosecutors in Italy investigating a decade-old case couldn’t locate him, and US investigators have complained they weren’t able to interrogate the professor thoroughly when he was last in the US in February 2017. Democratic National Committee lawyers even suggested he may be dead.

But in an email to BuzzFeed News sent on Monday, Stephan Roh, a 51-year-old Swiss lawyer with a long history of dealings with Mifsud, wrote, “Prof Mifsud is to testify in front of the US Senate — we are working towards his appearance.”

Florida, Florida, Florida - famous words from TIm Russert…it boils down to how they will be handling the tallying of the ballots. Even when the Palm Beach tallying machines stopped last night, the recount operation is now moving along. But the question remains can it be completed and how to consider whether these are legal ballots.

The legal battles center on two main issues: What votes should be counted and how long election officials should have to count them.

Mark Walker, chief judge of the federal court in Tallahassee is holding hearings on a variety of issues today, including:

Whether election officials should reject mail ballots simply because election officials believe that the signatures submitted with the ballots don’t match those on record with election offices. Lawyers for Nelson argue that people’s signatures change over time and that election officials don’t have the expertise to make such a call.
Whether the deadlines of Thursday to complete the machine recount and Sunday to complete the hand recount should be enforced. Officials in at least one county, Palm Beach, said they are unlikely to finish the machine recount by Thursday. Democrat attorneys call the deadlines arbitrary and “extraordinarily compressed.” They note that some ballots could be recounted once, while others are recounted twice based on whether counties can meet the deadlines.

Democrats are also challenging state law that requires domestic mail-in ballots to be received by 7 p.m. on election day while allowing those from overseas to be accepted up to 10 days after an election as long as they were postmarked by election day.

No matter how Walker rules, his decisions will almost certainly be appealed. As in the 2000 recount case of Bush vs. Gore, the U.S. Supreme Court could be the final arbiter on the matters. While state law is crystal clear on such matters as when recounts must be completed, the federal jurists will decide whether those state laws interfere with a fundamental right to vote and equal protection under state law.

Supervisor of Elections Susan Bucher told reporters Tuesday night that their machines started overheating and were not tabulating votes properly.

Nearly 175,000 early voting ballots had to be recounted as a result of the overheating machines. Bucher said Wednesday that they have already completed the second recount of the votes, and are now moving on to votes cast on Election Day that now must be recounted.

More than a week after Election Day, Floridians still don't know who will win Senate, governor and agriculture commissioner races. 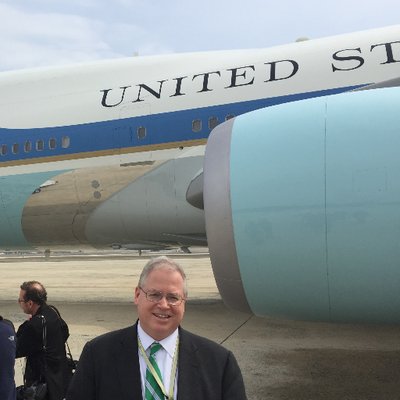 it feels like we’re living in a spy novel

Yes, it sure does. Mifsud’s disappearance for so many months as well as his connection to a flip-flopping Papadopoulos makes for a spy-v-spy novella, minus the laughs.

I just googled Mifsud’s name…and we knew that although he seemed to have disappeared, we learned he was really good at hiding out. According to this article, his lawyer had sent out pictures of him in May 2018.

As I typed in Misfud’s name, a lot of right winged sources came up, namely Daily Caller and it could be this story is being conjured up to set up some doubt as to Mifsud’s role.

Here’s a snippet on how this argument against Mifsud’s guilt could be wrong.

There’s just one problem with that argument.

The FBI had known for months — at least since July 2016, when an Australian diplomat reported it — that Papadopoulos boasted about the Russian dirt on Clinton. And agents knew before they interviewed Mifsud in February 2017 that Papadopoulos had gotten that information from the professor.

So the bureau had plenty of time to question Mifsud about the claims. Furthermore, it easily could have called the professor back and interviewed him anew, if it had doubts; after all, an Italian news outlet had no problem locating Mifsud and interviewing him last November.

Papadopoulos’ wife has suggested prosecutors took advantage of her husband to criminalize conduct that wasn’t criminal. It isn’t the first time we’ve heard that.

A few months after former Trump national security adviser Mike Flynn pleaded guilty to lying to the FBI, we learned the agent who conducted that interview did not believe Flynn was deceptive.

Okay, so the agent who interviewed Flynn says he didn’t lie but prosecutors nonetheless charged him with lying. And the professor in direct contact with Papadopoulos says he wasn’t involved in some big cybersecurity scheme to hijack the election but, rather, wanted a more peaceful world.

It makes you wonder if what has gone on so far is not the pursuit of criminal conduct but, instead, is the criminalizing of perfectly normal political conduct. 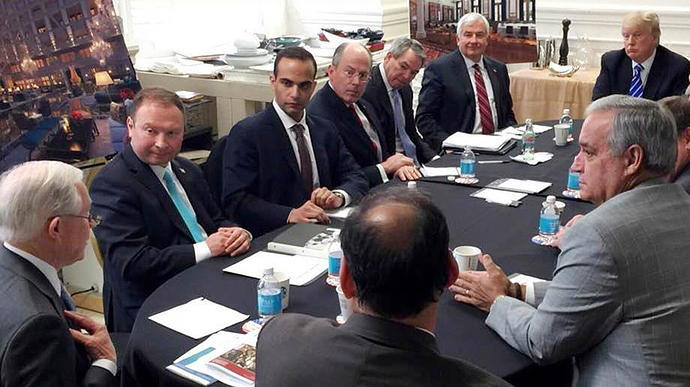 What professor really told FBI about Trump, Russia and Papadopoulos

If one reads special counsel Robert Mueller’s court filings against George Papadopoulos, it’s hard not to conclude that the former Trump campaign aide lied to FBI agents to hide some sinister plot with Russia.Now, let me be clear: I don’t condone...

*John Solomon is the managing editor of The Hill, and he does tend to offer cover for the conservative groups.

See what staffers are saying about John Solomon below