1/ The Russian disinformation and influence campaign during the 2016 presidential election was more far-reaching than originally understood, according to the findings of two independent groups of researchers tasked by the bipartisan Senate Intelligence Committee. The report found that "active and ongoing interference operations remain on several platforms," including one campaign to support for Syrian President Bashar al-Assad and influence opinions on the Syrian Civil War. The Internet Research Agency created social media accounts under fake names and spread its messages across Facebook, Instagram, Twitter, YouTube, Reddit, Tumblr, Pinterest, Vine and Google+, and other platforms. As attention was focused on Facebook and Twitter in 2017, the Russians shifted much of their activity to Instagram. The Internet Research Agency is owned by Yevgeny Prigozhin, an ally of Putin's. Prigozhin and a dozen Internet Research Agency employees were indicted last February as part of Robert Mueller's investigation. In particular, the campaigns urged the African-American community "to boycott the election and focus on other issues instead," while messaging to conservative and right-wing voters "patriotic and anti-immigrant slogans" designed to "elicit outrage […] about liberal appeasement of 'others' at the expense of U.S. citizens, and [to] encourage them to vote for Trump." The report concludes: "What is clear is that all of the messaging clearly sought to benefit the Republican Party — and specifically Donald Trump." (New York Times / Washington Post / Associated Press / Bloomberg)

If anyone finds a link to a Russian pro Trump Vine, please share. We could all use a good laugh. 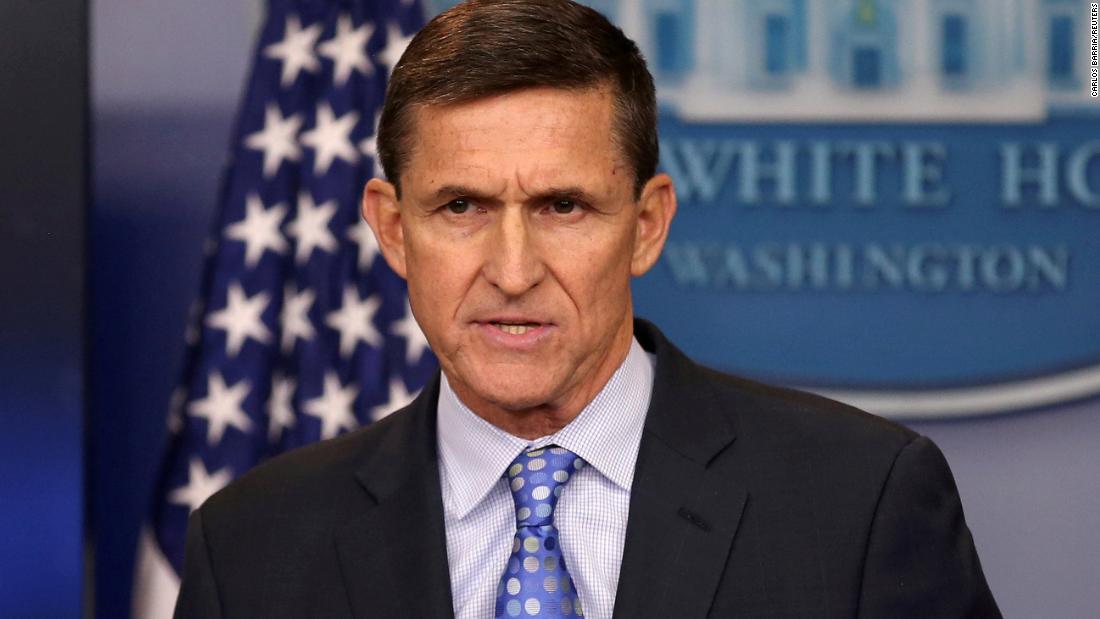 Special counsel Robert Mueller has released a January 2017 memo detailing the FBI's interview that month with Michael Flynn -- a moment that led to a high-profile criminal case against the former Trump national security adviser.

This is just breaking – so no analysis or commentary yet.

NOTE: If you read the memo on document link, you’ll notice that there are two versions of it (one right after the other). This is because the first version was labeled “draft,” but that was an error, so the entire memo was printed again, but without the “draft” label. In other words, both versions are the same. At least that’s what I’ve read in tweets from reputable sources.

UPDATE: The memo’s been out a couple hours now, and although there hasn’t been any analysis yet in the mainstream media, the buzz in the well-informed communities of the twittersphere seems to be that there are no big surprises here – which is a good thing. This memo confirms that Flynn did indeed lie to the FBI and his lies here match up with the allegations in his charging documents. So there is no ammunition here for critics of the Mueller investigation to claim that Mueller was gamed by the FBI, or didn’t lie in significant ways, etc., etc. However, it will be interesting to hear what seasoned Trump/Russia journalists have to say. I’m especially interested to hear Maddow’s take on it tonight.

My reading of the document is that the agents gave Flynn every opportunity to be straight with them and he just continued lying.

At one point, the agents even “nudged” Flynn, asking him if he had a conversation with Kislyak about a very specific and significant topic (see bottom of page 3). Flynn responded quickly by saying, “Yes, good reminder.” – and then related the conversation. You’d think he would have been telling himself “Woah. How did they know about that? Do they know about other conversations I’m omitting or lying about?” – and maybe he was saying that to himself, but regardless, he just kept on lying.

White House taking the payment for the Wall off the table for the time being, and not pivotal in Friday’s vote to fund the government.

Decision to fund the wall would have created more chaos with a government shutdown potential, votes not there…and a campaign promise which can NOT be attained.

It was always a fool’s errand to get that wall funded…writing on the wall!

The White House wants to avoid a partial government shutdown and has found other ways to get the border wall President Trump is demanding, spokeswoman Sarah Sanders said Tuesday. Trump backs off demand for $5 billion for border wall, but budget impasse...

The White House says it’s looking for other sources of funding for the wall.