1/ Trump will close his foundation and give away its remaining $1.7 million in assets amid a lawsuit accusing the Trump, Ivanka, Eric, and Trump Jr. of illegally using the foundation for personal and political gain. New York Attorney General Barbara Underwood accused the foundation of "a shocking pattern of illegality," which included "unlawful coordination with the Trump presidential campaign" that was "willful and repeated." Trump used the charity's money to pay legal settlements for his private business, to purchase a $10,000 portrait of Trump that was displayed at one of his golf clubs, and to make a prohibited political donation. The attorney general’s office is seeking for the Trump Foundation to pay $2.8 million in restitution. (Bloomberg / Washington Post / New York Times)

The crime Michael Flynn committed that no one is talking about.

I just can’t understand why this story is not getting any traction in the press – it’s also not mentioned in court documents.

The short version: While Flynn was receiving secret payments from Turkey, he changed U.S. policy to provide them with a military benefit.

Background: Obama had put together a plan to arm the Kurds so they could help fight ISIS. In late 2016, the deal was ready to go, but since it would be implemented just before Trump took office, Obama had his people ask Flynn (who would soon be sworn in as NSA) if he thought the plan should proceed. Flynn said “no,” causing the plan to be delayed for months – it was finally given the green light, but that was after Flynn was fired. Turkey has always vehemently opposed arming the Kurds (since Turkey and the Kurds are sworn enemies). So Flynn, secretly being paid by Turkey (I actually prefer the word “bribed”), held up a U.S. military operation that Turkey opposed.

This is huge, but it’s being completely ignored and that’s driving me crazy. I wish some enterprising journalist would adopt this story and really dig into it. The biggest question for me is did Pence know about this?

Here’s a good summary from the AP at the time, but then all reporting on this particular crime by Flynn dried up:

Days before President Donald Trump took office, incoming National Security Adviser Michael Flynn blocked a military plan against the Islamic State group that was opposed by Turkey, a country he had been paid more than $500,000 to advocate for, the McClatchy news service reported.

According to the report, Flynn declined a request from the Obama administration to approve an operation in the IS stronghold of Raqqa, effectively delaying the military operation. His reasoning wasn’t reported, but Turkey has long opposed U.S. military operations in cooperation with Kurdish forces…

The military plan against the Islamic State stronghold was eventually approved, but not until after Flynn had been fired.

That sure looks like a traitorous act to me – secretly accepting money from a foreign government and then taking a military action that benefits them.

Here’s the WaPo reporting at the time:

And McClatchy put together an excellent, in-depth report:

But then pffft – no more reporting on this. You’d think that when Judge Sullivan berated Flynn today, telling him “you sold your country out,” he would have brought this up to help make his point – but no. I’m really hoping this will find its way back into the spotlight. 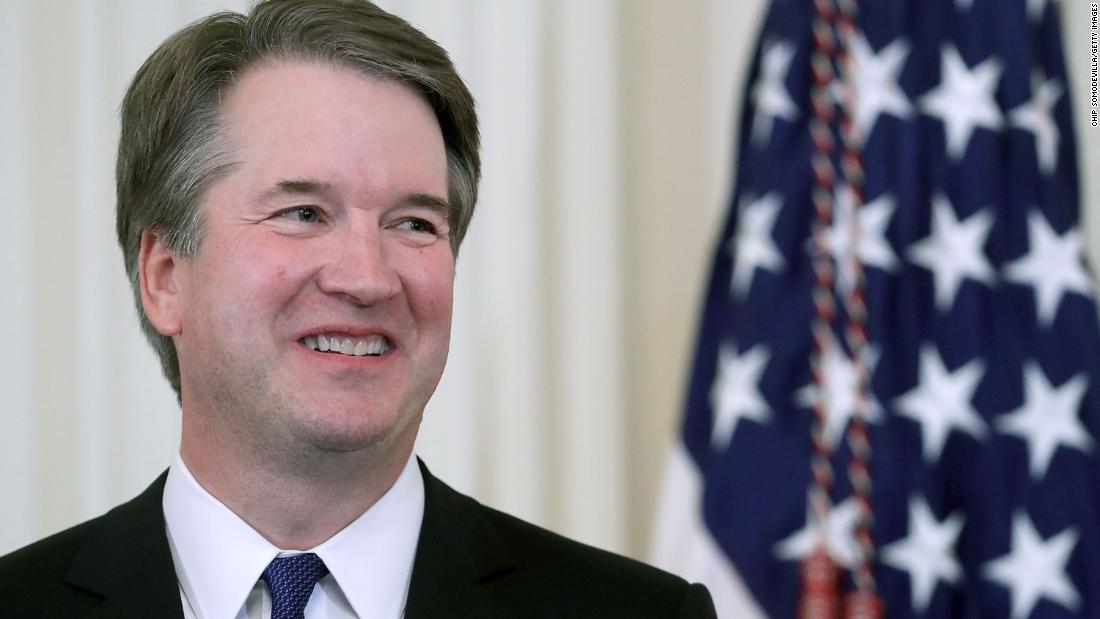 A US judicial council on Tuesday dismissed 83 complaints that had been lodged against new Supreme Court Justice Brett Kavanaugh, arising largely from statements he made during his contentious September confirmation hearings.

I’m posting this because the headlines about the “dismissal” of complaints against Brett Kavanaugh are very, very misleading. The headlines should be something like this: "Judicial Council Says It Does Not Have Jurisdiction to Rule on Complaints Against Kavanaugh."

Most news outlets are simply declaring in their headlines that the complaints have been “dismissed” – this makes it sound like the complaints do not have merit. But that’s not the case at all. In fact the Judge who heads up the Judicial Council, Timothy Tymkovich, has explicitly characterized the complaints as serious – the real issue here is that Kavanaugh has “graduated” to the Supreme Court and, thus, the Judicial Council no longer has jurisdiction over him. From the article:

Tenth US Circuit Court of Appeals Chief Judge Timothy Tymkovich, who wrote the council’s order, noted that the complaints alleged that Kavanaugh had made false statements in his September hearings, as well as at earlier nomination proceedings before the Senate Judiciary Committee, in 2004 and 2006 when he was up for an appeals court seat on the District of Columbia Circuit.

"The allegations contained in the complaints are serious," Tymkovich wrote, “but the Judicial Council is obligated to adhere to the [Judicial Conduct and Disability Act]. Lacking statutory authority to do anything more, the complaints must be dismissed because an intervening event – Justice Kavanaugh’s confirmation to the Supreme Court – has made the complaints no longer appropriate for consideration under the Act.”

That resolution was not a surprise. Legal experts had earlier observed that the 1980 law covering judicial misconduct excludes the nine Supreme Court justices.

It’s infuriating that CNN goes on to say this:

…the action closes out one more chapter of the confirmation hearings that consumed the nation’s capital for several weeks and reverberated in November’s midterm elections.

CNN is strongly implying that the “dismissal” of the complaints means Kavanaugh is now scot-free. Chief Justice Roberts referred the complaints to the Judicial Council in the first place – and he did that knowing full well that if Kavanaugh were confirmed, that referral would become a moot point. Now Roberts has the option of referring the complaints elsewhere, e.g., Congress. Weather or not he does that remains to be seen, but an important first step in that direction has already occurred. The redacted complaints are now available at this link – there are 83 of them!

Congressional committees (e.g., the House Judiciary Committee) will have access to the unredacted versions of the complaints and can now (even without a formal referral from Roberts) take actions such as conducting investigations to validate or discredit the complaints – or even to initiate impeachment proceedings against Kavanaugh if the evidence warrants it (impeachments of SCOTUS members are rare, but have occurred). It will be up to Congress.

The most important point is that the “dismissal” of the complaints has absolutely no bearing on whether or not they have merit – it only has to do with a jurisdictional issue. However, I’ll wager that right-wing news sites and perhaps even our tweeter-in-chief will claim this “proves” that the complaints were all bogus and so “that’s the end of that.” My fear is that the public will just accept this conclusion.

Right now, Kavanaugh must be feeling like a bank robber in a 1930’s movie who has made it across state lines. But, you know, justice always seems to catch up with those 1930’s movie bad guys and it may yet with Kavanaugh as well.

CORRECTION: A shoutout and thank you to @GracieC who pointed out that our Chief Justice is Roberts, not Kennedy as I had incorrectly stated. I’ve made the correction above.

Point of clarification. Didn’t Kennedy retire and the Chief Justice is Roberts?

Special counsel Robert S. Mueller III asked the House Intelligence Committee on Friday for an official transcript of Trump adviser Roger Stone’s testimony, according to people familiar with the request, a sign that prosecutors could be moving to charge him with a crime.

It is the first time Mueller has formally asked the committee to turn over material the panel has gathered in its investigation of Russian interference of the 2016 campaign, according to the people.

The move suggests that the special counsel is moving to finalize his months-long investigation of Stone — a key part of Mueller’s inquiry into whether anyone in President Trump’s orbit coordinated with the Russians.