1/ Newly obtained document show Trump signed a letter of intent to build a Trump Tower in Moscow, contradicting Rudy Giuliani's claim that the document was never signed. The signed letter is dated Oct. 28, 2015. Trump Jr. testified on Sept. 7, 2017 that his father had signed a letter of intent for the Moscow project, which Michael Cohen worked on, but he knew "very little" about it. Cohen also told congressional committees investigating Russian interference in the 2016 election that Trump had signed the letter. On Sunday, Giuliani claimed: "It was a real estate project. There was a letter of intent to go forward, but no one signed it." During the 2016 campaign, Trump did not disclose that the Trump Organization explored the business deal with Russia. Instead, he repeatedly claimed he had "nothing to do with Russia." Read the signed letter of intent. (CNN)

The Justice Department ordered an unnamed foreign company to comply with Robert Mueller’s grand jury subpoena to turn over information about its commercial activities as part of a secret court case .

Who is your best guess for the mystery foreign company? I’m going with Alfa Bank.

Trump 2020 campaign used a shell company to pay ad buyers at the center of...

The Trump 2020 campaign used a shell company to pay ad buyers at the center of alleged illegal campaign coordination scheme.

This is a follow-up to a recent Mother Jones exposé that demonstrated large-scale, illegal campaign spending coordination between the NRA and Trump’s campaign during the 2016 election. No surprise here: It looks like the illegal coordination is continuing in Trump’s 2020 campaign – the only difference is that now a shell company is being used in a clumsy attempt to hide the money trail.

The Trump campaign funneled money to ad buyers alleged to have facilitated illegal coordination between the campaign and the NRA by routing funds through a secretive LLC that appears to be little more than a shell company, an investigation by the Center for Responsive Politics has found.

While the Trump campaign stopped reporting payments to ad buyers alleged to have facilitated illegal coordination between the campaign and the NRA after the 2016 election cycle, Trump’s 2020 campaign has continued to deploy the same individuals working for the firms at the center of the controversy through payments to Harris Sikes Media LLC — a low-profile limited-liability company operating with no website or public-facing facade whatsoever.

Corruption during this Administration appears to have become the new normal.

Amen! The scale and volume of corruption, lies and further cover-ups is just unbelieveable. Keep feeling like 1984-ish landscape and yet if this was a movie the critics would say it was over the top and too much! Thank you for the posting - but I feel speechless reading it.

A senior Justice Department ethics official concluded acting attorney general Matthew G. Whitaker should recuse from overseeing special counsel Robert S. Mueller III’s probe examining President Trump, but advisers to Whitaker recommended the opposite and he has no plans to step aside, according to people familiar with the matter.

This is truly outrageous – and now it turns out the nominee for the position of permanent AG has left no doubt that he opposes any pursuit of an obstruction of justice charge against Trump: 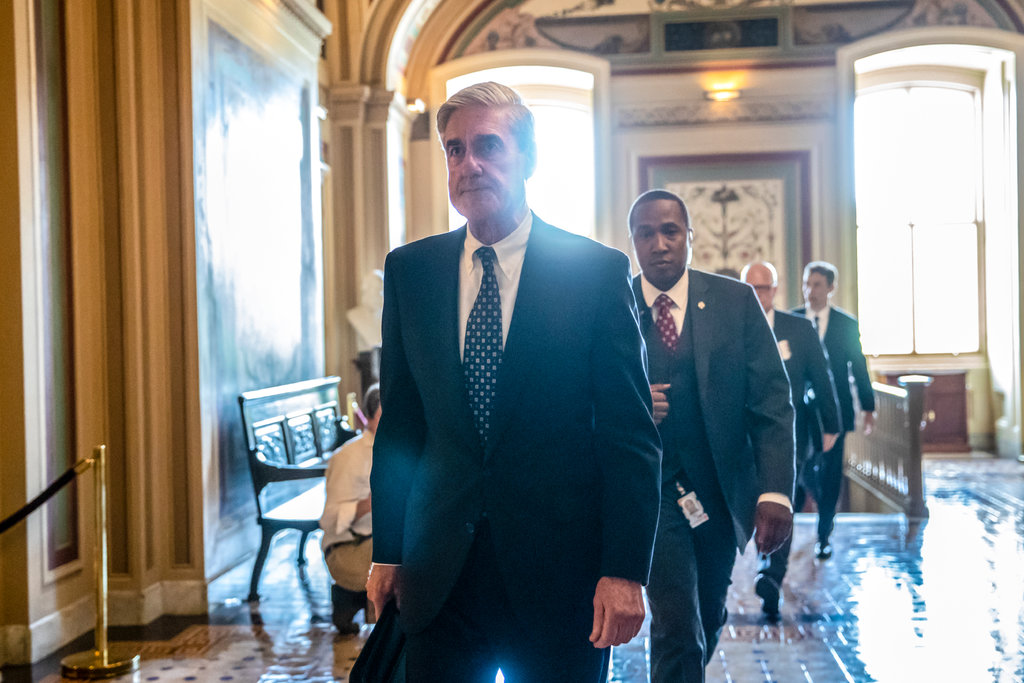 A Memo and a Recusal Decision Underscore Potential Threats to the Mueller...

The acting attorney general has decided not to recuse himself from the special counsel investigation, and President Trump’s attorney general nominee wrote a memo critical of the inquiry this spring.

The younger portion of that age group is starting to near the cut-off for being considered Millennials. The broadest definitions still include them, but it’s already starting to seem odd to include 18-year-olds in the same group as 36 or 37-year-olds (the oldest Millennials).

T is not signing the CR - for the stopgap measure to fund the government until February. He’s messing with everyone today…

GOP senators emerged from the closed-door meeting in visible disbelief that President Trump is refusing to sign a seven-week stopgap measure to fund the government that cleared the chamber by a voice vote less than 24 hours ago.

Senate GOP leadership appeared confident on Wednesday that Trump would sign the stopgap, which will fund approximately 25 percent of the government, as long as they kept poison pill policy riders out of it.

But Trump, under fire from conservative pundits and lawmakers, reversed course Thursday.

GOP senators emerged from the closed-door meeting in visible disbelief that President Trump is refusing to sign a seven-week stopgap measure to fund the government that cleared the chamber by a voice vote less than 24 hours ago. 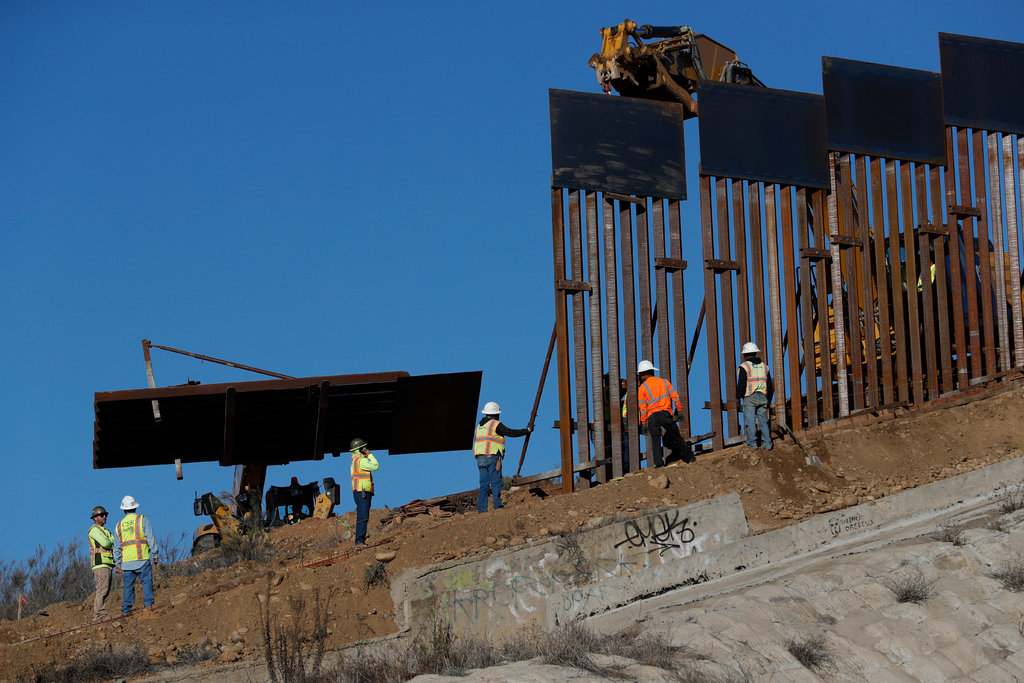 After the Senate passed a spending measure, conservative anger pushed President Trump to torpedo it, leaving Republican leaders scrambling for a way out of the morass.

VEB certainly sounds good - for banks I go with Deutsche bank because of SCOTUS Kennedy’s son (?) working there and 10 years of doing the Trump/Russian laundry and the recent raid in Germany. But whatever - pretty amazing stuff…

Good guess…Alfa is definitely up there.

My guess is VEB - Russian bank Jared met with. 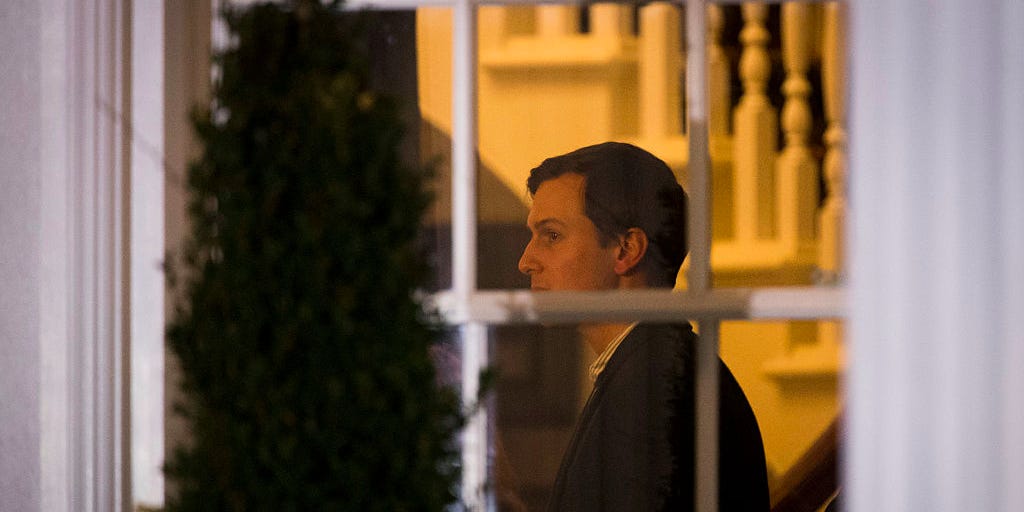 The Russian bank whose boss met with Jared Kushner keeps popping up as the...

VEB is shorthand for Vnesheconombank — an entity that's often referred to as a "bank" even though it's more like a slush fund for Russian President Vladimir Putin.

Listening to an interesting Podcast - called MuellerSheWrote - At 36.45 they discuss who they think is Company A from Country A.

Podcast is with a few women, and a long, talky one…2 hours +. The lead is named A.G. who is someone who works in the government, but keeping her name private…but they also get other journalists and credible sources, Mimi Rocah, former SDNY Federal Prosecutor. This episode 60 - discusses all the current indictments, (two turks); Flynn’s non-sentencing contacts; who could be Company A/Country A; Whitaker’s actions and his willful behavior; Stone (fundraising with real stones???) and a lot of guesses as to who may be indicted next…or targeted. Mueller, She Wrote & The Daily Beans - A Podcast Unraveling the...

New episodes EVERY WEEK, so you can count on us to keep you informed on the latest developments in this investigation & historically stupid administration.

They think it could be

VTB bank - Russian owned and associated with Felix Sater, and M. Cohen
WIki VTB Bank
Rosneft - Gas, energy, Russian owned company where Kushner/Trump got 19 percent in commissions for the sale, or helped set up the sale. (need to look up)
Wiki Rosneft

China - who owns the full floor in T Tower
They mention Russian owned Rousalt (SP?) and I am not sure what that one is…there are sanctions on them.

If you’re adding to your list of pods to listen to in the new year or just getting started, add @MuellerSheWrote for smart, delightfully snarky, analysis. https://t.co/q2pZMMfQl7 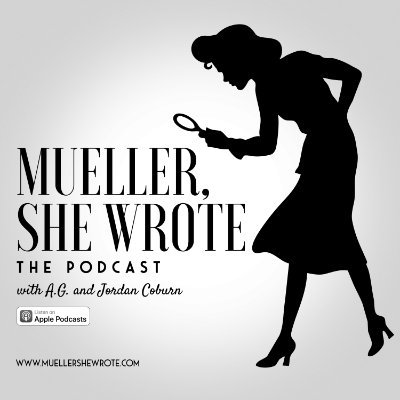 Roger Stones (feat. Asha Rangappa & Mimi Rocah) https://t.co/PTB6hbrOUX
4 Likes
🔍 All things Mueller - What we know he has on Trump 'n Co
next page →