1/ Roger Stone was arrested on seven counts of obstruction, lying to Congress and witness tampering as part of Robert Mueller's investigation into Russian interference in the election. Between June and July of 2016, Stone told a "senior Trump Campaign official" that he had information that WikiLeaks would release documents that would hurt the Clinton campaign. On July 22, 2016, WikiLeaks released its first batch of Democratic emails. After that the "senior Trump Campaign official was directed to contact Stone about any additional releases and what other damaging information" that WikiLeaks had about the Clinton campaign. Then, in October of 2016, a "high-ranking Trump Campaign official" asked Stone about "future releases by" WikiLeaks. Stone replied that WikiLeaks would release "a load every week going forward." In total, Stone interacted with at least four people close to the Trump campaign about WikiLeaks. The indictment also accused Stone of attempting to intimidate Randy Credico, who was in contact with Julian Assange in 2016. Separately, FBI agents were seen carrying hard drives and other evidence from Stone's apartment in New York City. Stone's attorney called the charges "ridiculous" and that he "will plead not guilty to these charges." (Washington Post / New York Times / CNBC / The Guardian / Politico / CNN / NBC News / Washington Post / Department of Justice) 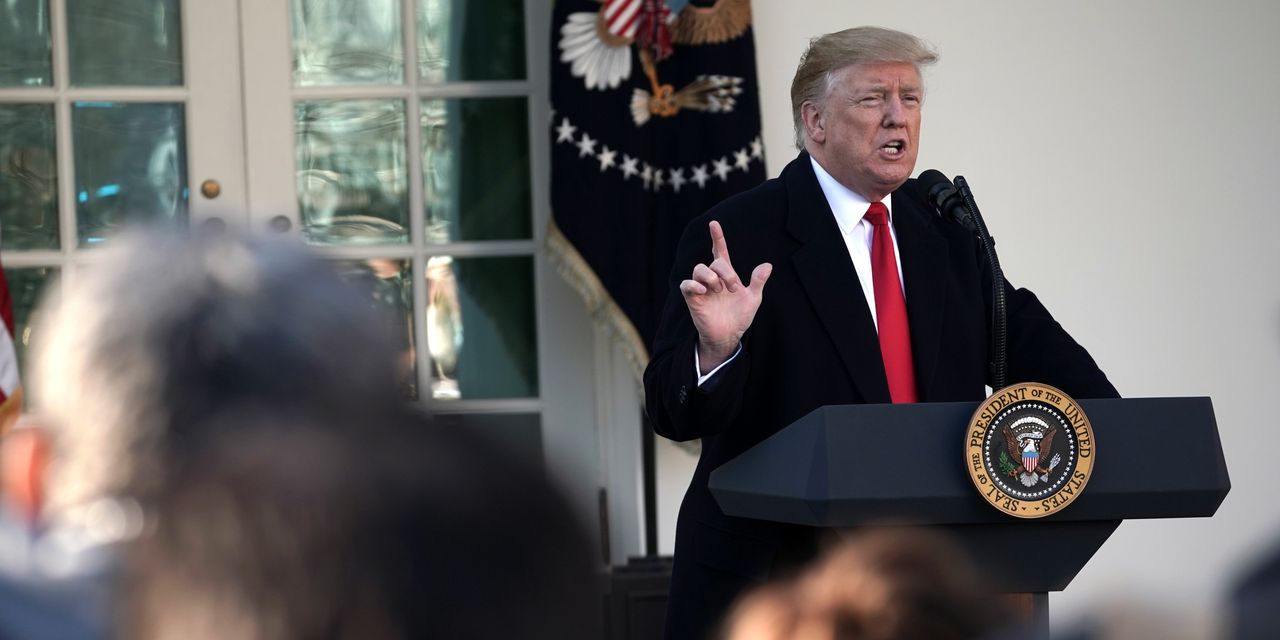 The spending bill, which President Trump signed late Friday, sets the stage for whirlwind talks to bridge deep disagreements between Democrats and Republicans on immigration policy.

President Trump is weighing a three-week stopgap spending bill, which could be signed as early as Friday, that would reopen the government while negotiations over border security funding continue, according to administration officials and congressional aides.

The White House said Mr. Trump would make remarks at 1:30 p.m. about the shutdown.

The plan under consideration would not provide immediate funding for a wall along the U.S.-Mexico border.

Open the Government!! Pay the People!! The 35-day closure, the longest in U.S. history, had furloughed 800,000 federal employees while the president and Democrats battled over the wall.

what a fucking day. so happy it’s friday. what a week:

MONDAY
1/ The special counsel’s office issued a rare statement disputing aspects of the BuzzFeed report that Trump directed Michael Cohen to lie to Congress about Trump’s involvement in a real-estate deal with Russia during the 2016 campaign.

2/ Trump was involved in negotiations to build a Trump Tower in Moscow throughout the entire 2016 presidential campaign – several months longer than any administration official or Trump associate has previously admitted.

TUESDAY
1/ The Supreme Court granted the Trump administration’s request to enforce its ban on transgender people serving in the military while the legal challenges continue in the lower courts.

2/ Rudy Giuliani walked back his comments about Trump’s involvement in the Trump Tower Moscow project, calling the statements “hypothetical” and “not based on conversations” he had with Trump.

WEDNESDAY
1/ Rudy Giuliani claimed that “no plans were ever made” for Trump Tower Moscow, despite hundreds of pages of business documents, emails, text messages, and architectural plans proving otherwise.

2/ Pelosi blocked Trump from delivering the State of the Union from the House chamber, saying she would not pass a resolution authorizing him to give the speech inside the chamber until the government is reopened.

THURSDAY
1/ The Senate failed to advance a pair of competing proposals to reopen the government and end the partial shutdown.

2/ Trump’s commerce secretary doesn’t “really quite understand why” unpaid federal workers are going to food banks when they could take out low-interest loans from banks and credit unions to cover their bills.

And just for kicks…

Nancy Pelosi has not automatically opened the door for T to give his State of the Union address on Monday, Jan 28th. That’s still to be determined.

She’s in the driver’s seat…#IgotThePowerPelosi 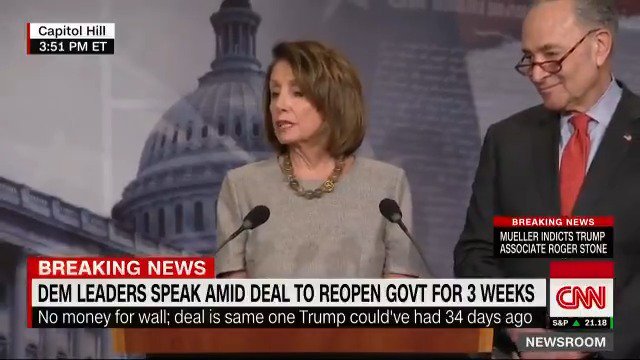 House Speaker Pelosi said the deal to reopen the government does not necessarily mean President Trump's State of the Union will take place next week. "What I'd said to the President is when the government is open, we will discuss a mutually agreeable date" https://t.co/0tq2bMplNO https://t.co/GILI5G49cd
4 Likes
matt (Matt Kiser) closed February 10, 2019, 2:10am #7