1/ Negotiators in the House and Senate reached an agreement "in principle" to avoid another partial government shutdown. Details of the agreement have not been released, but the tentative deal includes $1.375 billion for 55 miles of fences along the border, but does not include the $5.7 billion Trump wanted for more than 200 miles of border walls. The border security spending agreement would also provide an additional $1.7 billion for other Homeland Security priorities, like new technology and more customs officers. To avoid another shutdown by the end of the week, the deal needs to be written into final legislation, passed by both the House and Senate, and signed into law by Trump. It's unclear if Trump will accept the deal. (New York Times / CNN / Washington Post / Politico / NBC News / ABC News / NPR)

The Senate Intelligence Committee found “no direct evidence” of a conspiracy between the Trump campaign and Russia. (NBC News) Senate: No direct proof of conspiracy between Trump campaign, Russia

"We were never going to find a contract signed in blood saying, 'Hey Vlad, we're going to collude,'" one Democratic aide said.

The reporting on the Senate Intel Committee findings has been, for the most part, unabashedly biased in favor of the Republican majority’s point of view. For example, from this NBC News article:

Democrats and other Trump opponents have long believed that special counsel Robert Mueller and Congressional investigators would unearth new and more explosive evidence of Trump campaign coordination with Russians. Mueller may yet do so, although Justice Department and Congressional sources say they believe that he, too, is close to wrapping up his investigation.

Allow me to rewrite this paragraph without the pro-Trump spin:

Democrats and other Trump opponents have long believed that special counsel Robert Mueller and Congressional investigators will unearth new and more explosive evidence of Trump campaign coordination with Russians. Mueller may or may not have found such evidence, but his findings have not yet been reported. Some Justice Department and Congressional sources say they believe Mueller may release his report soon.

NBC’s version of this story is misleading on at least two critical points:

Words matter – there is a universe of difference between “would” and “will” – shame on NBC.

A couple other observations on this report:

[The Democrats on Senate Intel Committee] … didn’t kick up a fuss when Cohen’s new testimony was delayed. Is it possible they know something is in the pipeline that will eclipse this report and Cohen’s testimony?

But now the Republicans are kicking up a fuss!

The question arises: Is Burr’s blustering here just an act following the revelation that Cohen was well enough to dine out two nights in a row while claiming to be too ill to testify? – or is Burr genuinely p.o.'d? So p.o.'d that he actually blurted out that the committee may “help him go to prison.” What’s that all about?

Important Note: This is actually two-articles-in-one. A second newsworthy item is buried halfway through – I’ve included it at the end of this post. The Senate Intelligence Committee’s Republican chairman lashed out Tuesday at President Trump’s former lawyer and fixer Michael Cohen, after a photo surfaced of Cohen enjoying a dinner out — just before canceling a planned interview with lawmakers, citing medical issues.

“Any good will that might have existed in the committee with Michael Cohen is now gone,” chairman Richard Burr (R-N.C.) said, reacting to the image, shared on Twitter, showing that Cohen was hugging friends Sunday at L’Avenue restaurant in Manhattan.

“He was having a wild night Saturday night out in New York with five buddies. Didn’t seem to have any physical limitations, and he was out with his wife last night,” Burr noted, adding that “the way he’s positioning himself, not coming to the committee, we may have to help him go to prison.”

And here’s the other notable in this article:

House Judiciary Committee leaders announced the hire of two high-profile lawyers to serve as consultants: Norm Eisen, co-founder of government watchdog group Citizens for Responsibility and Ethics in Washington (CREW), and Barry Berke, a partner at the New York law firm of Kramer Levin who is a well-known expert in corruption and criminal law.

The additions signal that the committee plans to devote considerable attention to questions of ethics, corruption and possible obstruction of justice — particularly after Mueller concludes his investigation. Berke’s established profile in New York legal circles also could be a valuable resource as congressional investigators scrutinize Trump’s corporate transactions, such as the pursuit of a Trump Tower project in Moscow. …

The Judiciary Committee is the House’s primary panel responsible for overseeing the Justice Department, a broad jurisdiction that includes immigration policy and election laws, and any lines of inquiry relevant to the special counsel’s investigation, FBI inquiries and related cases being tried in federal courts nationwide. It is also the panel in which any impeachment proceedings would originate.

It’s interesting that none of the Democrats on the committee are voicing objections to the report or Burr’s statements about it. Warner, Feinstein, Wyden, Harris, and Bennet have all been silent on the report (as far as I can tell as of this writing).

Now we’re seeing some pushback by Sen. Warner, the minority leader on the committee: 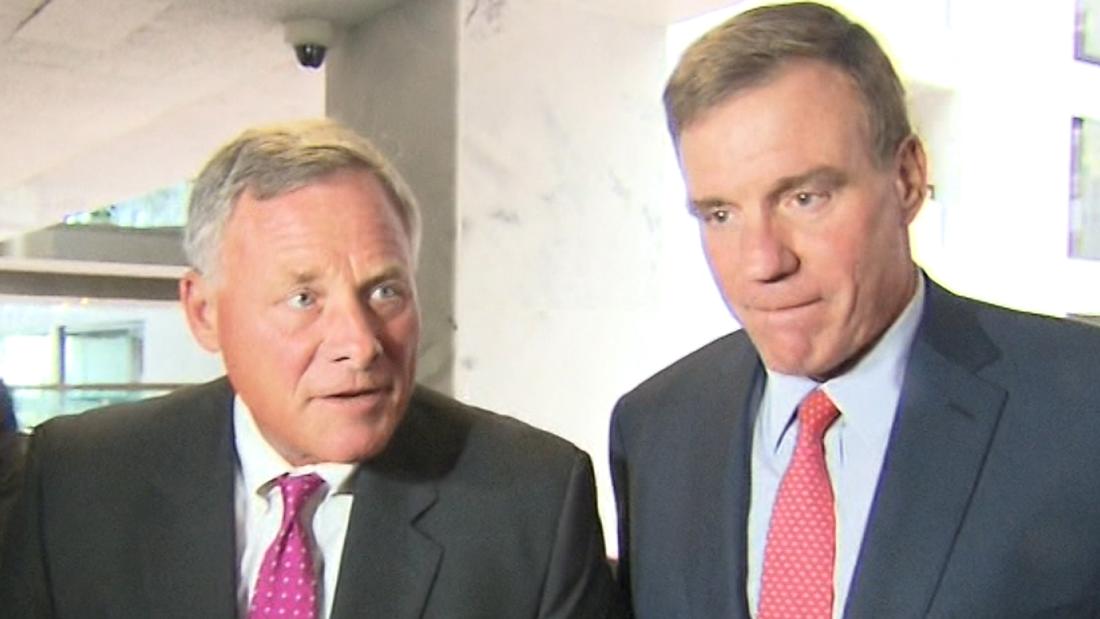 Sen. Mark Warner, the top Democrat on the Senate Intelligence Committee, rejected Republican Chairman Richard Burr's recent statements that the committee has not found evidence of collusion, saying the investigation is still ongoing and the committee...

IMHO Warner’s statements are much more forthright than Burr’s (who was obviously throwing a bone to Trump as fodder for his daily tweet rants).

Sen. Mark Warner, the top Democrat on the Senate Intelligence Committee, rejected Republican Chairman Richard Burr’s recent statements that the committee has not found evidence of collusion, saying the investigation is still ongoing and the committee still had to interview key witnesses.

“What we do know, and it’s part of the public record, there’s never been a campaign in American history that during the campaign and its aftermath that the campaign folks affiliated with the campaign had as many ties with Russia as the Trump campaign did,” Warner said. “You get far down a thread and then it is interesting there are a number of the same people that end up at the end of those threads, and many of those are the people we need to have come back and talk to us.”

here’s the other notable in this article

Thanks for highlighting this part of the article -

I was listening to some other pundits today on the subject on why could Burr in then Senate Judiciary Committee reveal that no collusion existed between T Campaign and Russia.

I believe Burr’s remarks were to take one for the (T) team…and keep leading the public into believing there is nothing.

I like the Sen. Warner support for where they were in the investigation…a lot TBD.

s Burr’s blustering here just an act following the revelation that Cohen was well enough to dine out two nights in a row while claiming to be too ill to testify? – or is Burr genuinely p.o.'d?

Not sure…and a good point. It is obvious that Cohen IS cooperating. He is also a very reluctant witness in front of the Senate, and I believe he is deferring to what Mueller needs.

It is a blatant move by Cohen…another piece of the chess game.

Cohen’s testimony is going to be very bad for T we hope.