1/ Trump will declare a national emergency to bypass Congress and build his border wall after signing the spending legislation to prevent another government shutdown. The border security compromise provides $1.375 billion for 55 miles of steel-post fencing – basically the same deal Trump rejected in December – instead of the $5.7 billion he demanded for more than 200 miles of steel or concrete wall. The emergency declaration would allow Trump to redirect funds from other parts of the government without congressional approval. The Senate advanced the spending package in a 81-16 vote. The House is expected to approve the packaged later tonight night. (Washington Post / New York Times / CNBC / CNN / NBC News / Wall Street Journal / Bloomberg)

A critical new report from the U.S. Department of Education’s Office of Inspector General finds the department’s student loan unit failed to adequately supervise the companies it pays to manage the nation’s trillion-dollar portfolio of federal student loans. 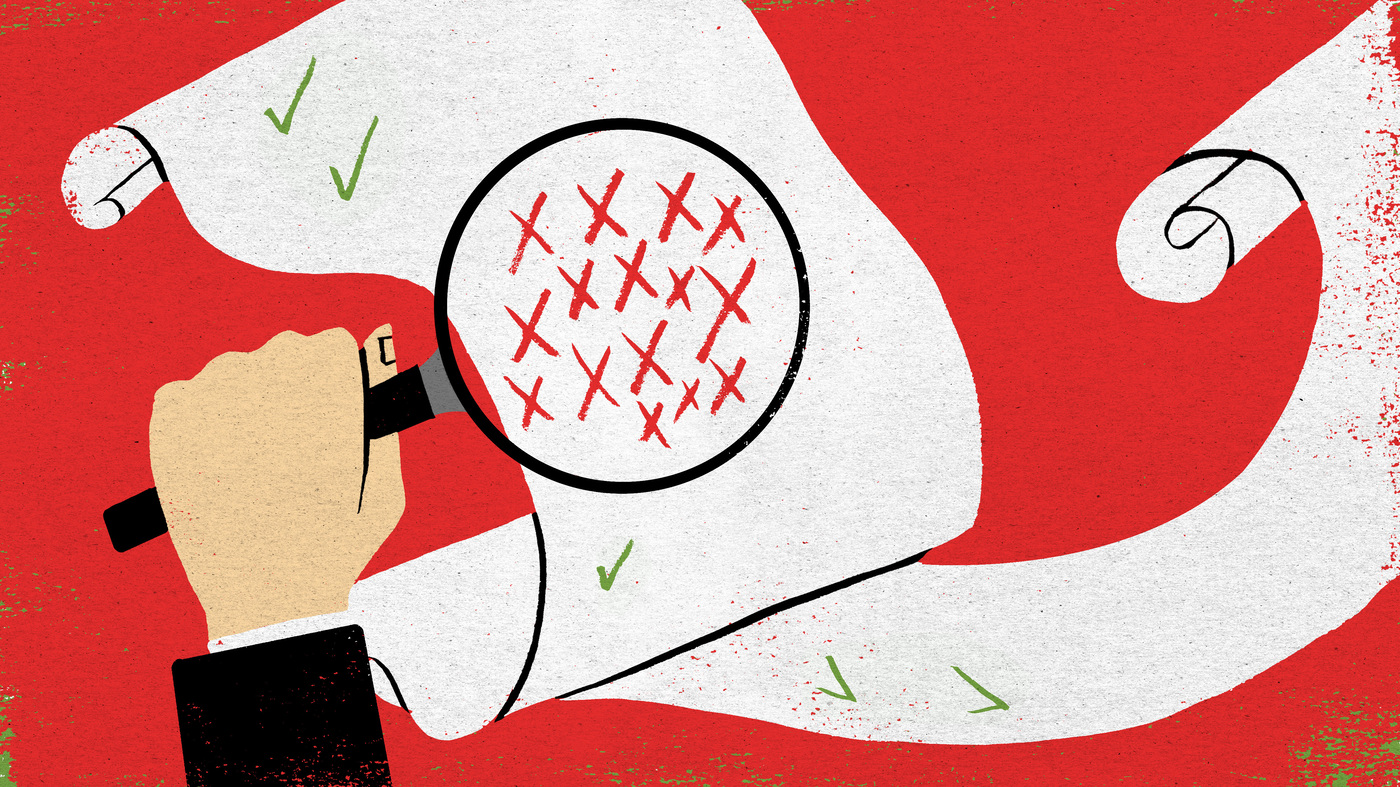 The department's own inspector general says student loan companies aren't following the rules, and that the government isn't doing enough to hold them accountable.

Roger Stone urged a federal judge Wednesday to make special counsel Robert Mueller’s office explain why it shouldn’t be held in contempt for violating the seal on the longtime Donald Trump aide’s indictment by allegedly leaking it to the press. 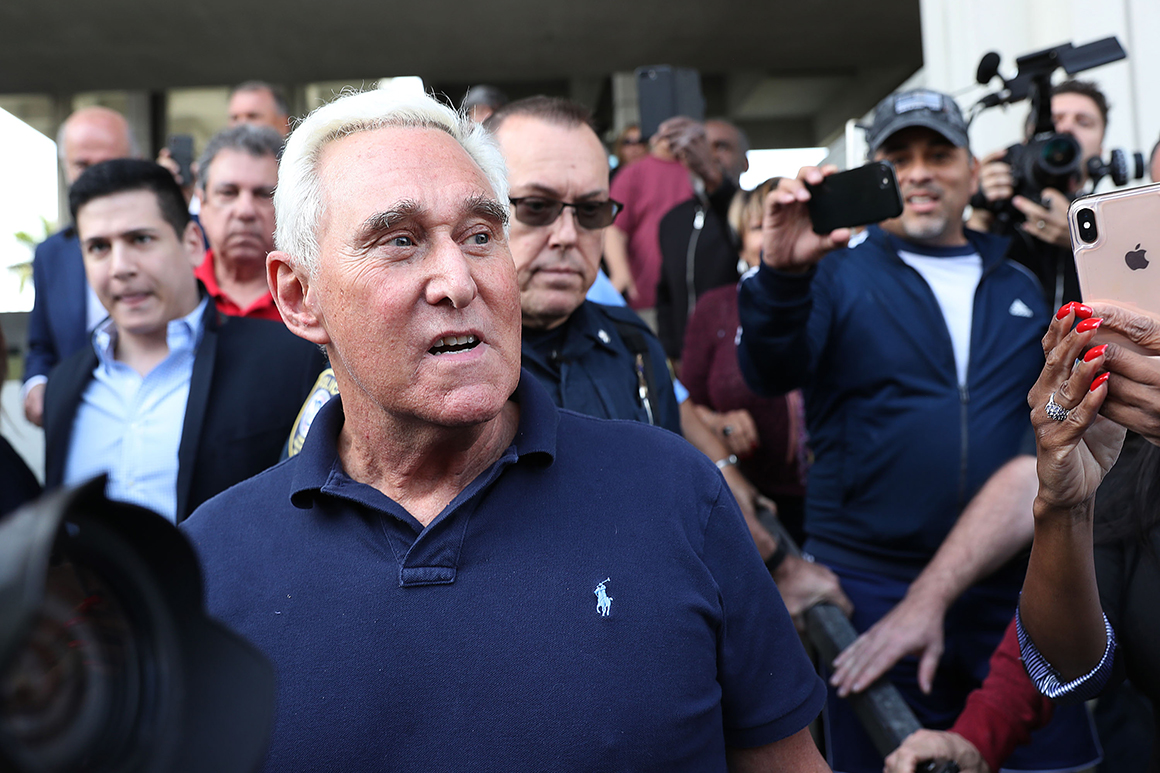 Roger Stone to judge: Mueller must prove he didn't tip off CNN

The network has said it merely was monitoring Stone's house when the ex-Trump aide was arrested after piecing together clues from its reporting. 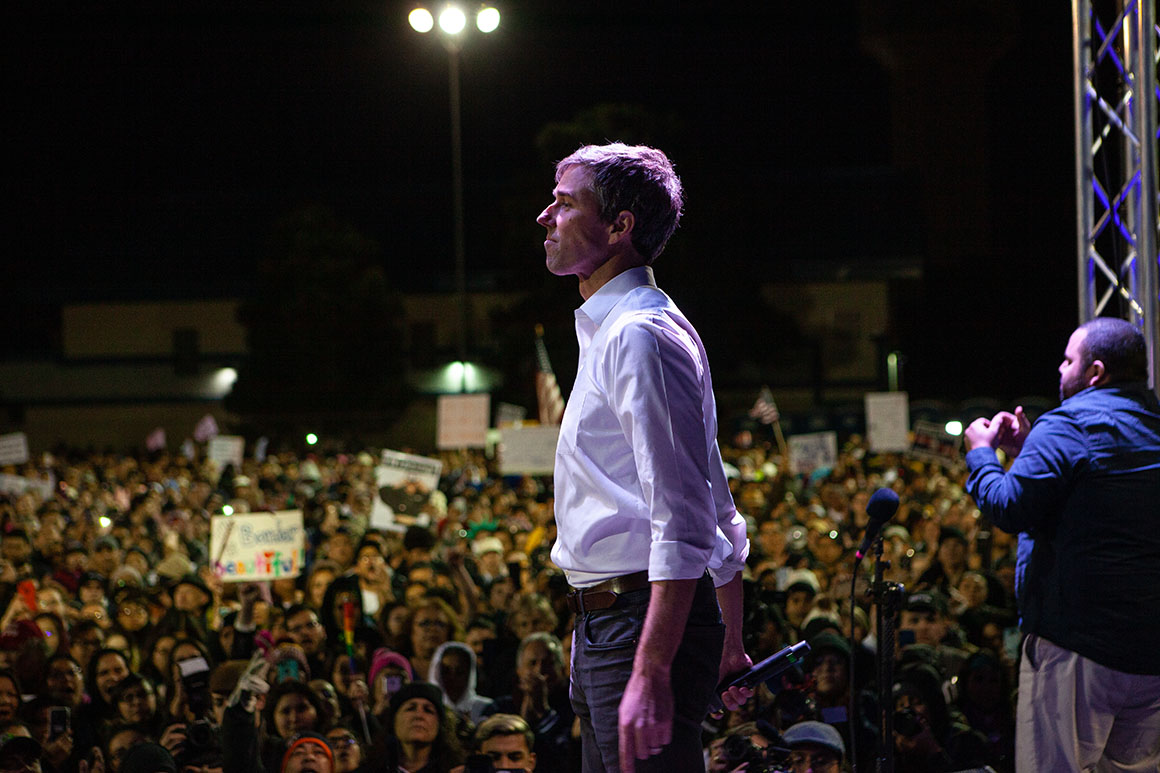 He would challenge Texas Sen. John Cornyn for his seat.

O’Rourke, a Democrat who lost narrowly against Sen. Ted Cruz in 2018, is considering running for president and hasn’t publicly discussed running for Senate in 2020. But he also hasn’t ruled it out.

The Trump Organization is no longer pursuing two new hotel lines in dozens of American cities because “everything will be used against us” politically.

Plans for the two hotel chains, Scion and American Idea, are to be shelved indefinitely, most likely for the remainder of the presidency. As a practical matter, that means calling off just one agreement, in Mississipppi, though two years ago the Trump Organization said it had as many as 30 potential deals in the pipeline. 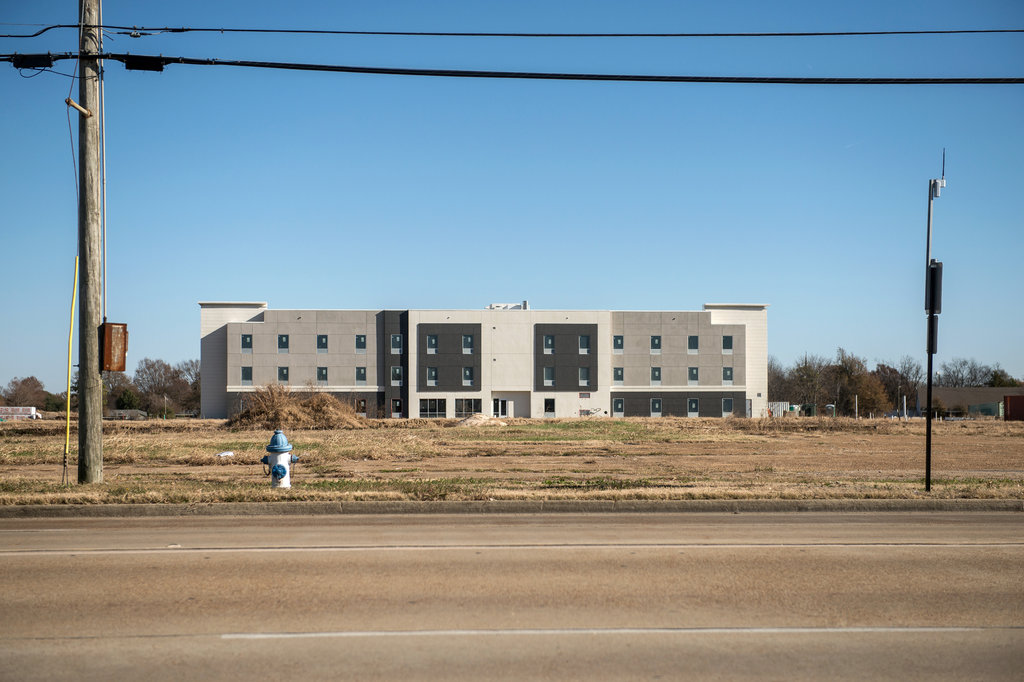 Blaming Political Climate, Trumps Give Up on New Hotels

The Trump Organization has shelved plans for two hotel lines that the president’s sons once cast as part of the vision for “the next generation” of the company. 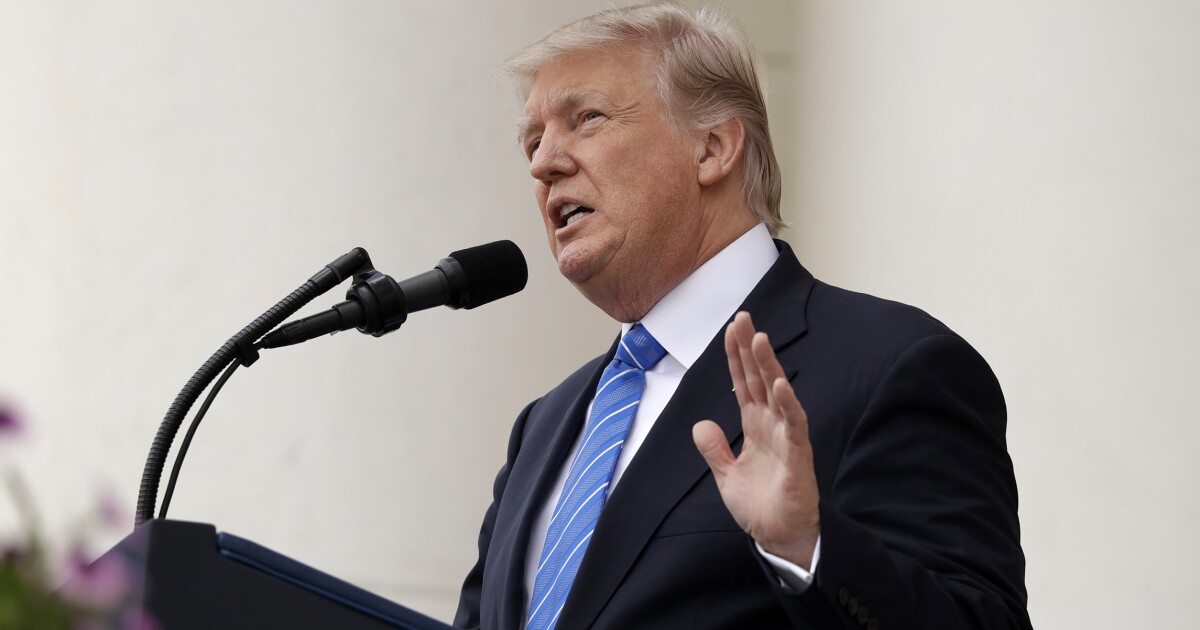 President Trump has gained 4 pounds since his medical exam last year despite advice from his former doctor to eat healthier and set up an exercise regimen.

President Trump has gained 4 pounds since his medical exam last year despite advice from his former doctor to eat healthier and set up an exercise regimen.

Trump weighed in at 243 pounds during his annual physical Friday at Walter Reed National Military Medical Center in Bethesda, Md., his new physician, Dr. Sean Conley, said Thursday in a letter circulated by the White House.

Here’s a sampling of what the bill contains:

What’s not in the bill
• Back pay for federal contractors.
• Extension of the Violence Against Women Act.
• Disaster aid. What’s in the 1,169-page border-security bill to avert a government shutdown

Only a few pages of the legislation deals with the border wall that President Trump demanded. Here’s the rest of the story. 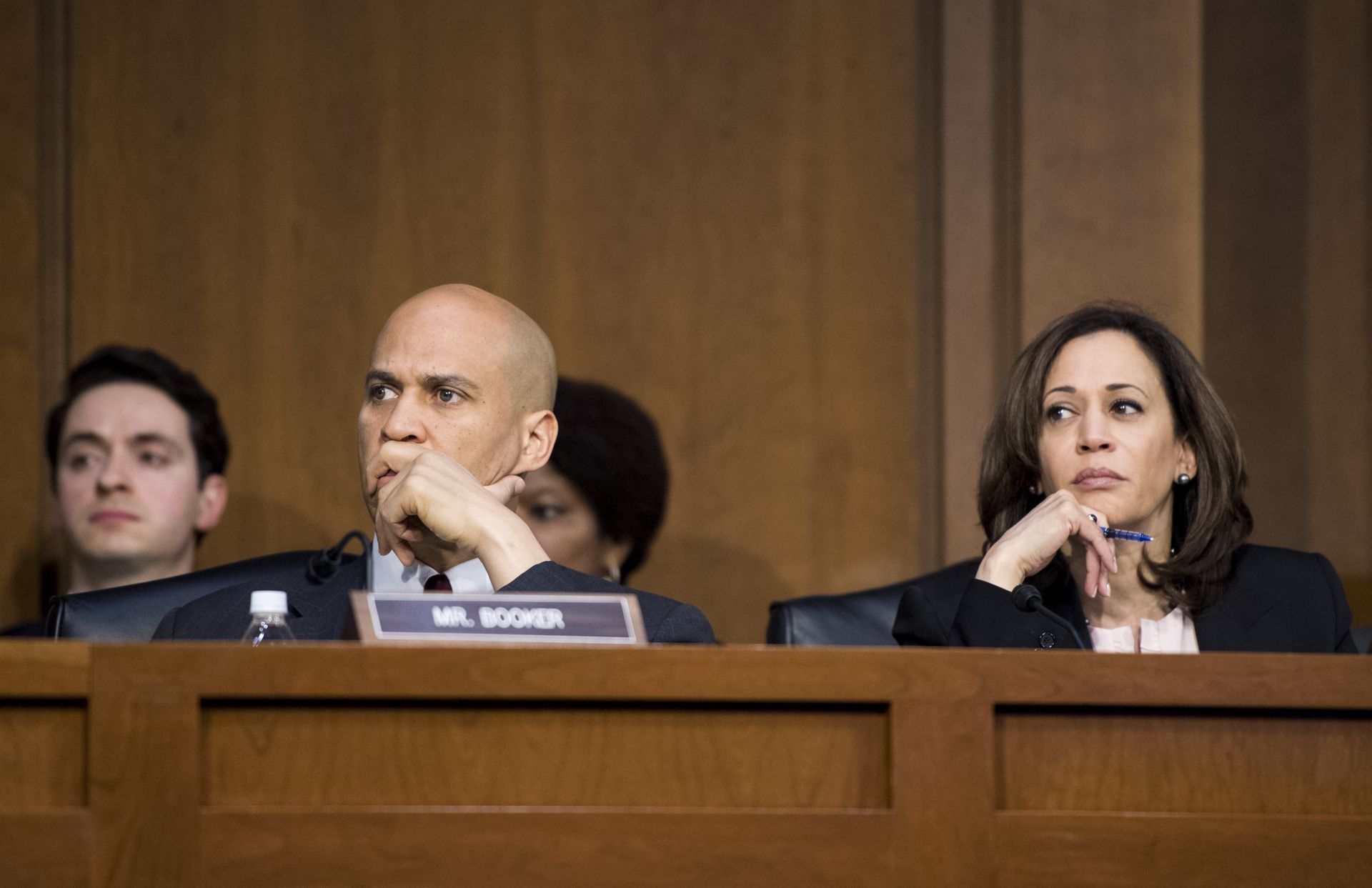 Congress has tried and failed to pass similar measures for nearly 100 years.

The Senate unanimously passed a bill Thursday that would make lynching a federal crime, the Washington Post reports.

Why it matters: Congress has tried and failed for nearly 100 years to pass similar measures, with more than 4,000 black people having been victims of lynching between 1877 and 1950, according to the Equal Justice Initiative. The Senate passed a similar measure during the last Congress, but the House failed to act on it. 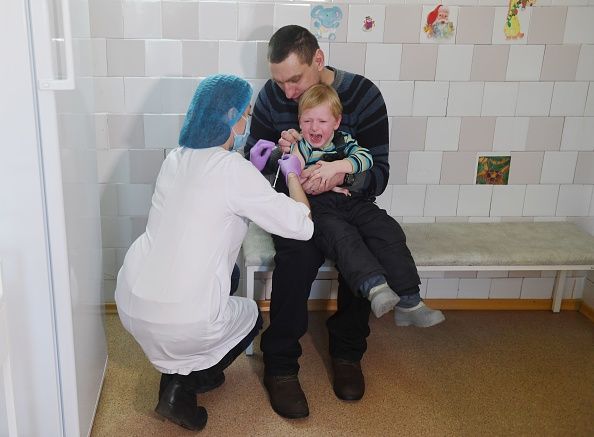 Russian trolls promoted anti-vaccination propaganda that may have caused a...

The same Russian trolls who attempted to provoke racial tensions and influence the outcome of the 2016 presidential election were also responsible for spreading propaganda against vaccinations.

Russian propaganda may be responsible for the persistence of measles as conspiracy theories about vaccinations spread across the Internet, according to researchers.

The same Russian trolls who attempted to provoke racial tensions and influence the outcome of the 2016 presidential election were also responsible for spreading propaganda against vaccinations. Their efforts may have helped cause the measles outbreak that infected tens of thousands and killed dozens in Europe last year, researchers told Radio Free Europe.

“Health-related misconceptions, misinformation, and disinformation spread over social media, posing a threat to public health. Despite significant potential to enable dissemination of factual information, social media are frequently abused to spread harmful health content, including unverified and erroneous information about vaccines,” it continued. “This potentially reduces vaccine uptake rates and increases the risks of global pandemics, especially among the most vulnerable.” 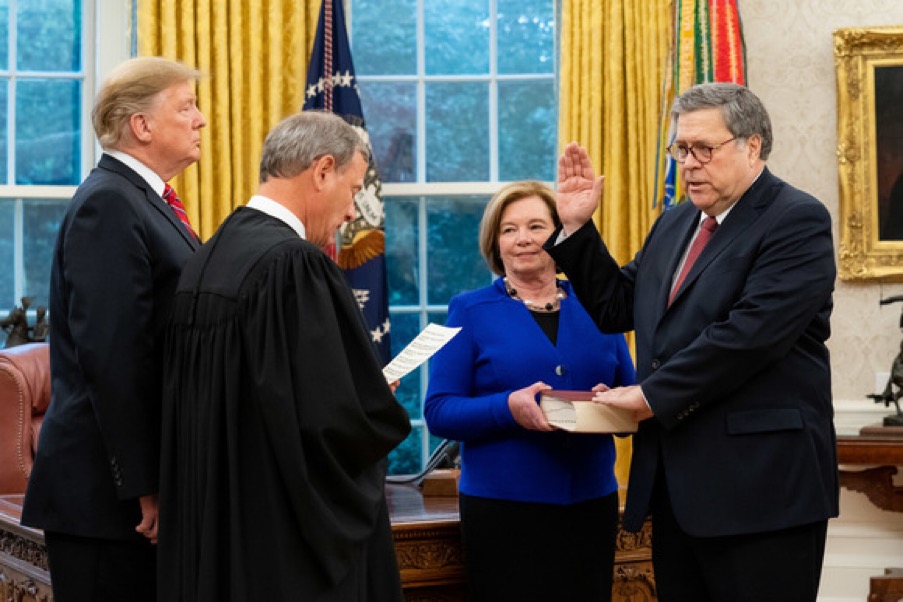 According to her boyfriend, Russian agent Maria Butina had major sway with the FSB officers ‘assigned’ to her.

Good reporting by The Daily Beast, but they’ve applied a terrible headline that does not convey the main point of the article. It turns out that Butina was very chummy with the FSB, whereas previously she portrayed their relationship as adversarial – as if the FSB where ready to crack down at any moment on her pro-gun, pro-NRA activities and throw her in jail. In other words, in the past she was basically saying, “How could I ever do the FSB’s bidding – they were out to get me!” This email exposes a very different relationship – one of congenial cooperation. The headline here should be something like: Email Shows Butina and Russian Intelligence Were on Friendly Terms.

“Dear International Man of Mystery or should we just start calling you “Austin Powers” to your face??” [Butina’s boyfriend Erickson wrote to incoming NRA President, Pete Brownell], with a smiley face.

“Miss Butina has (apparently) moved heaven and earth and manipulated the Russian FSB (the current incarnation of the old KGB) and gotten you cleared for a tour of one (1) Russian arms factory the day before the NRA delegation arrives in Moscow,” he continued. “She found a way to shrink a normally 3-week process into about 3-days (probably because most of the FSB agents ‘assigned’ to her want to marry her).”

Erickson’s email, which included logistics for Brownell’s Russia travels, maintained a cheerful tone throughout. It differs sharply from how Erickson and Butina—who started a Russian gun rights group and courted American conservatives—described her interactions with the FSB to journalist James Bamford for the New Republic piece. Those interviews are their only extensive on-record comments about the case since last summer, when Butina was arrested and charged with acting as a covert agent for the Russian government.

Erickson and Butina say the Russian authorities … scrutinized her.

Butina also described a fraught relationship with the FSB.

“We were watched,” she said, “but unless you crossed the line, no one’s going to go to prison. The question becomes: Do you cross this line? Do you become dangerous to the regime at a certain point? I had a bag packed in my hallway at home in case I’m imprisoned, somebody can bring it to me. That’s my reality.”

Interesting to note that from within the Senate intelligence group, there was some discrepancy over whether Christopher Steele had communicated with the committee. (Steele provided written answers.)

A look at what is going to be pursued…

NEW: The Senate Intelligence chairman said last week that Chris Steele had remained unwilling to engage. But we can reveal that Steele submitted written answers to the committee in August. The panel then withdrew the subpoena for his testimony. My latest: https://t.co/3pehbc0q9g 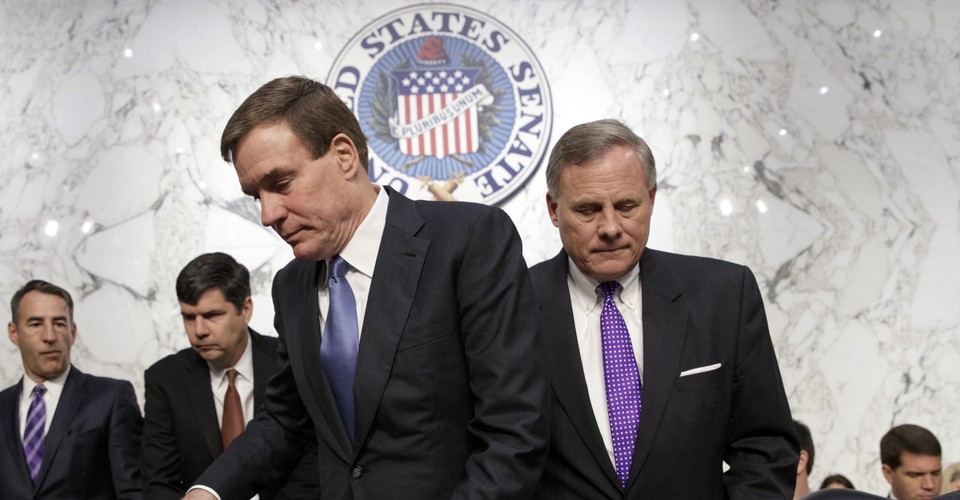 The Senate’s Russia Probe Is Facing a Reckoning

Meanwhile, the Democratic-led House committee is gearing up for a reinvigorated inquiry.