1/ The Justice Department will potentially announce the completion of Robert Mueller's Russia investigation as early as next week. When that happens, Attorney General Bill Barr will likely submit a summary of Mueller's confidential report to Congress. Mueller is required to submit a "confidential" report to the attorney general, which is not require to be shared with Congress or the public. Barr suggested during his confirmation hearing last month that the report might not become public, and has made clear that the Justice Department generally guards against publicizing "derogatory" information about uncharged individuals. Trump, meanwhile, will travel overseas next week for a summit with North Korean leader Kim Jong Un, and Justice officials don't want to interfere with the White House's diplomatic efforts. Trump said "totally up to Bill Barr" as to whether Mueller's report comes out while he is overseas. (CNN / NBC News)

Here comes another counter-punch from Pelosi…she’s going to try to stop T’s National Emergency declaration…and she may well do that.

Speaker Nancy Pelosi is throwing her muscle behind a legislative effort to block President Donald Trump’s national emergency declaration, the first formal step to counter Trump and squeeze Republicans on the border wall.

Democrats will introduce legislation Friday to terminate the emergency proclamation and Pelosi is urging House colleagues on both sides of the aisle to support the resolution, according to a letter obtained by POLITICO on Wednesday.

“I write to invite all Members of Congress to cosponsor Congressman Joaquin Castro’s privileged resolution to terminate this emergency declaration,” Pelosi wrote, noting that the House will “move swiftly to pass this bill.”

“The President’s decision to go outside the bounds of the law to try to get what he failed to achieve in the constitutional legislative process violates the Constitution and must be terminated,” she added. 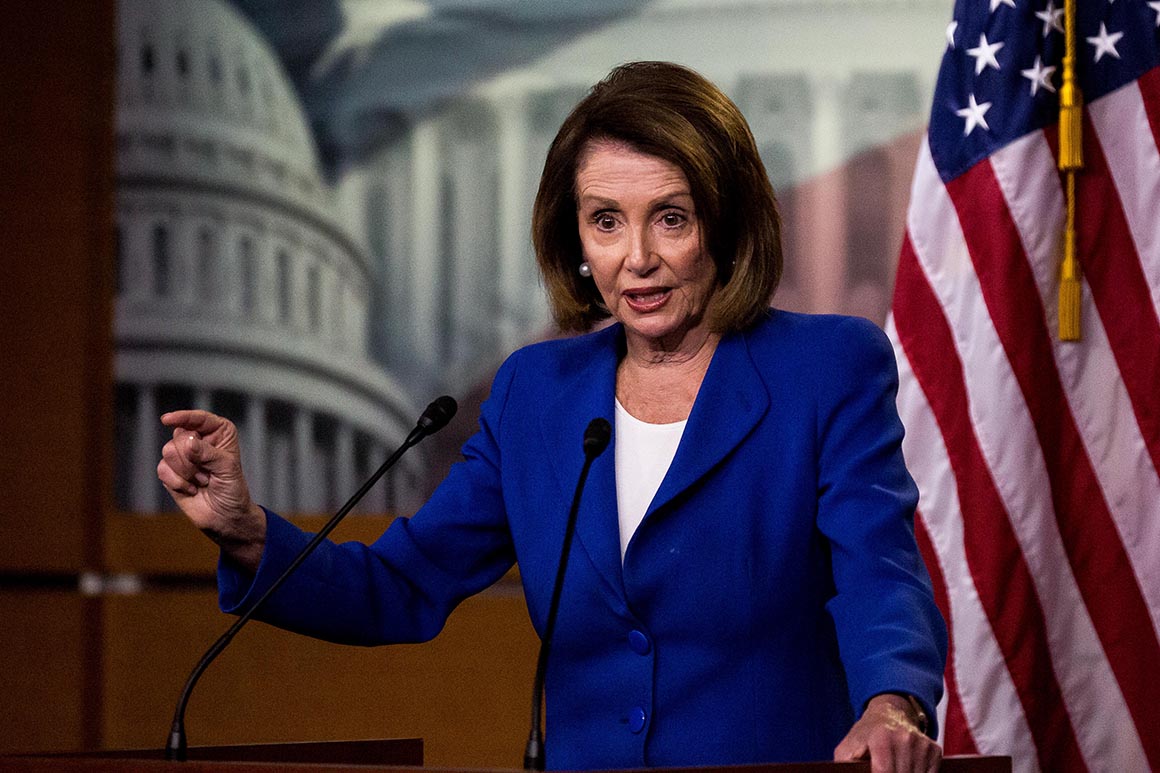 "We have a solemn responsibility to uphold the Constitution, and defend our system of checks and balances against the President’s assault," she wrote.

Mueller is required to submit a “confidential” report to the attorney general, which is not required to be shared with Congress or the public. Barr suggested during his confirmation hearing last month that the report might not become public…

I’m one of millions of Americans who has nagging doubts that the report will be hidden from us – especially since Barr’s guarded (and, IMHO, weaselly) remarks on this issue during his confirmation hearing. There is some hope. On January 29, a bill with bipartisan sponsorship was introduced in the Senate that would require release of the report as described in this Politico article:

Democrats’ desire to see the Mueller report released publicly has buy-in from some Republicans, too. On Monday, Sen. Chuck Grassley (R-Iowa) and Richard Blumenthal (D-Conn.) introduced a bill requiring the disclosure of two special counsel reports: one to Congress, and one to the public. And on Tuesday, the top three House Republican leaders all said they support the public release of Mueller’s findings.

Does anyone know the status of this proposed bill? Even if it passed the Senate and House, the President could veto it, but that would certainly scream “I’m guilty!” Also, if it were to become law, how much force would it have? – could the DOJ fight it in court? I guess what I’m really asking is, has anyone seen any in-depth reporting on this bill?

One of the strongest advocates for the release of Mueller’s report is Rep. Jerry Nadler (D-NY 10th District). As head of the House Judiciary Committee, he has some real clout and has been tireless in his vocal support of the Mueller probe and other investigations into the highly suspicious actions of Trump and his administration.

Here’s Nadler on Cuomo Prime Time where he commits to forcing the release of Mueller’s report. In no uncertain terms, he makes the promise, “We will get that material out one way or the other.” His primary strategy is to subpoena the report itself and subpoena Mueller to testify as well. He has made similar statements on several occasions – as he does in the Politico article linked above. There he admits that the DOJ might contest the subpoena in court, but I have a feeling he has some other strategies up his sleeve as well.

I’ve queued this up at the relevant point (8:30), but I actually recommend the entire interview – I’m really impressed with Nadler.

In terms of the bill, just looked it up in Gov. Tracker and it says that the only R supporter is Sen Chuck Grassley…

Thanks for this – GovTrack Insider is new to me – great resource.

As for this bill… mmmm… if it has to get by Graham, I have my doubts about it even making it out of committee. If he was really behind it, it would probably already be out of committee and getting some buzz.

A peek behind the scenes as the Inaugural Committee circles its wagons. To me, their flagrant attempts to coordinate their cover stories smack of desperation.

The leaders of President Donald Trump’s inaugural committee saw trouble coming and tried to get ahead of it.

It was January 2018, a year after the black-tie balls and candlelight dinners in Washington. Journalists were asking questions about how the Presidential Inaugural Committee had raised – and spent – a record amount of money. The committee, known as PIC, was set to release additional details about its finances in public tax filings. Complicating matters, a key committee staffer, Rick Gates, had months earlier been indicted for lobbying work he’d done with Paul Manafort in Ukraine.

To get everyone on the same page, a team reporting to inaugural chairman Thomas Barrack came up with more than 60 questions and answers to circulate among themselves. One question was particularly tricky.

“What did Rick Gates have to do with [the President’s Inaugural Committee]?’’ staffers wrote in a late January draft. “(Need answer.)”

The draft document, which was reviewed by Bloomberg News, shows how the group prepared to defend its work as questions intensified about its reported $107 million haul. According to nine inaugural staffers and others familiar with the committee’s efforts, the process of planning for Trump’s big week was chaotic and opaque, dominated by staff culled from Colony Capital, the real estate firm founded by Barrack, and by ex-Trump campaign chairman Manafort’s circle of associates.

Many financial decisions were centralized in Barrack’s office, and Gates, dubbed “deputy to the chairman,” was Barrack’s right-hand man, with responsibilities spanning everything from finances to entertainment, according to several people with knowledge of his involvement.

Now, federal prosecutors in New York are asking their own questions about the inaugural committee, looking for potential money laundering, false statements, mail and wire fraud, according to a subpoena sent earlier this month, according to news reports. The New Jersey attorney general sent a separate civil subpoena to the committee, ABC News reported…

Wow, the money was being handled by Manafort’s associates. What could possibly go wrong?

I’d missed the fact that the committee is under investigation by two states. I was aware that New York was investigating, but hadn’t heard about the subpoena from New Jersey.

Recapping, here’s the announcement of the New York subpoena that dropped Feb. 4:

And the New Jersey subpoena that dropped about a week later: 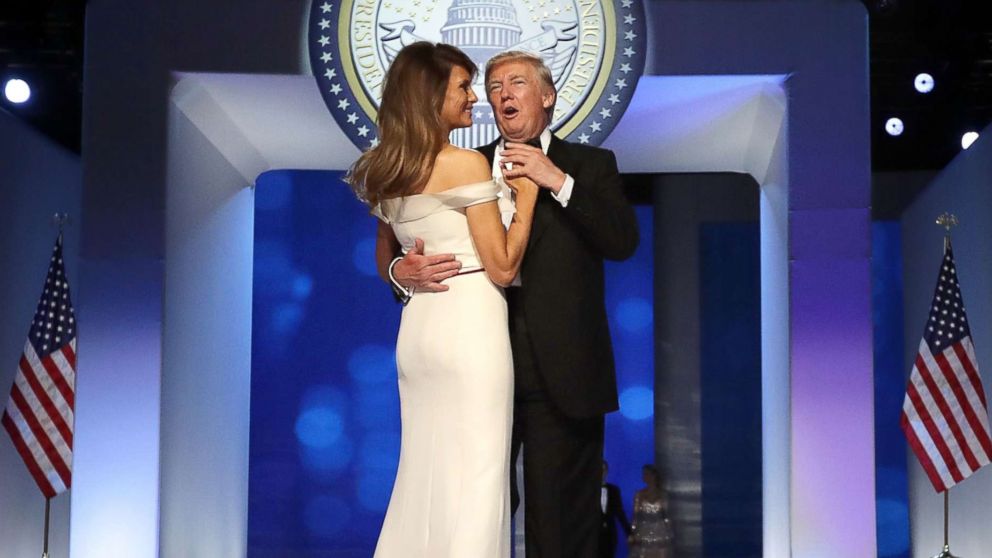 President Donald Trump's inaugural committee has now received a second subpoena as questions grow about the fundraising and expenditures around the inaugural festivities.

Judge imposes full gag order on Roger Stone after he apologizes for 'stupid'...

Roger Stone, a long-time friend of President Donald Trump's, appeared in Washington federal court Thursday to answer Judge Amy Berman Jackson's concerns about an Instagram photo Stone had posted of her next to a rife scope's crosshair. Stone is...

A federal judge on Thursday imposed a full gag order on Roger Stone, barring him from making any public statements about his criminal case at all, after the admitted dirty trickster apologized for posting a photo of her on Instagram next to a rifle scope’s crosshair.

But Judge Amy Berman Jackson did not revoke Stone’s $250,000 release bond for the stunt.

“I find… that released under conditions without modifications that he does pose a danger,” Jackson said. “Publicity cannot subside if it’s the defendant that’s fanning the flames.”

GovTrack Insider is new to me

It was to me as well. I am a good googler (Bipartisan bill for Mueller report - was my query)

But it looks like the way I wrote it, Gov. Tracker - is another, or perhaps the original web presence. Both addresses will work.

Incredulous is a response.

a LOT of “BUT whaddabouts”

Does anyone know the status of this proposed bill?

In terms of the bill, just looked it up in Gov. Tracker and it says that the only R supporter is Sen Chuck Grassley…

The bill has attracted one cosponsor, a Republican from across the aisle: Sen. Chuck Grassley (R-IA).

It awaits a possible vote in the Senate Judiciary Committee, led by Sen. Lindsey Graham (R-SC). Graham has publicly backed legislation protecting Mueller’s job from firing and also said he wants “to get as much [of the report] out as we can,” but has not publicly committed to a transparency bill like this one.