1/ Otto Warmbier's family blamed Kim Jong Un for the death of their son a day after Trump said he took Kim "at his word" that the North Korean dictator was not responsible. Fred and Cindy Warmbier called Kim's "evil regime" is "responsible for unimaginable cruelty and inhumanity" that resulted in Warmbier death in 2017. Warmbier was arrested for taking a propaganda banner from a hotel in Pyongyang in January 2016 and was sentenced to 15 years of hard labor. He was released in a coma after 17 months and died days later. (NBC News / CNN / Washington Post)

House Ways and Means will prepare to ask for T’s tax returns. Sec Mnuchin will have the final say. So that means there’s less of a chance of see them.

WASHINGTON — The top tax-writing committee in the House is readying a request for years of President Donald Trump’s personal tax returns that is expected to land at the Internal Revenue Service as early as the next few weeks, according to congressional aides involved in the process. And Democrats are prepared to “take all necessary steps,” including litigation, in order to obtain them.

Ways and Means Committee Chairman Richard Neal, D-Mass., has asked the committee’s attorneys to prepare the request, according to two aides involved in the process. Neal has also contacted the chairs of several other House investigative committees, including Oversight and Government Reform, Financial Services, Intelligence and Judiciary, asking them to provide detailed arguments for why they need the president’s tax returns to conduct their probes.

“Every day the American people and Congress learn more about President Trump’s improprieties, from conflicts of interest to influence peddling, potential tax evasion and violations of the Constitution — all roads leading back to President Trump’s finances,” said Ashley Etienne, spokeswoman for House Speaker Nancy Pelosi.

“These improprieties, and the lack of transparency around them, give the House legitimate legislative, oversight and legal reasons to review the President’s tax returns. We will take all necessary steps, including litigation, if necessary, to obtain them.” Etienne confirmed that the committees are working together to “ensure the House is able to present the strongest possible case.”

Ways and Means is the only congressional committee with the authority to directly make the request for Trump’s returns. Treasury Secretary Steven Mnuchin, whose department has authority over the IRS, will decide whether or not to grant the request. Democrats are crafting a request to send to the IRS and say they will "take all necessary steps" to obtain the president's returns. Judiciary Chairman Nadler requesting documents from more than 60 people in...

The House Judiciary Committee is on the case.

If you’d like to start your week with a shot of optimism check out this interview. Monday the House Judiciary Committee will be releasing a list of 60 people connected with Trump from whom they are subpoenaing documents

– documents that the Committee has reason to believe will shed light on whether or not our President has committed crimes. This should have been done over a year ago, but when the committee was controlled by Republicans, they were more interested in shielding the President than in finding the truth.

Here’s the 10 min. interview – highly recommended. I’ve included some excerpts from the transcript. 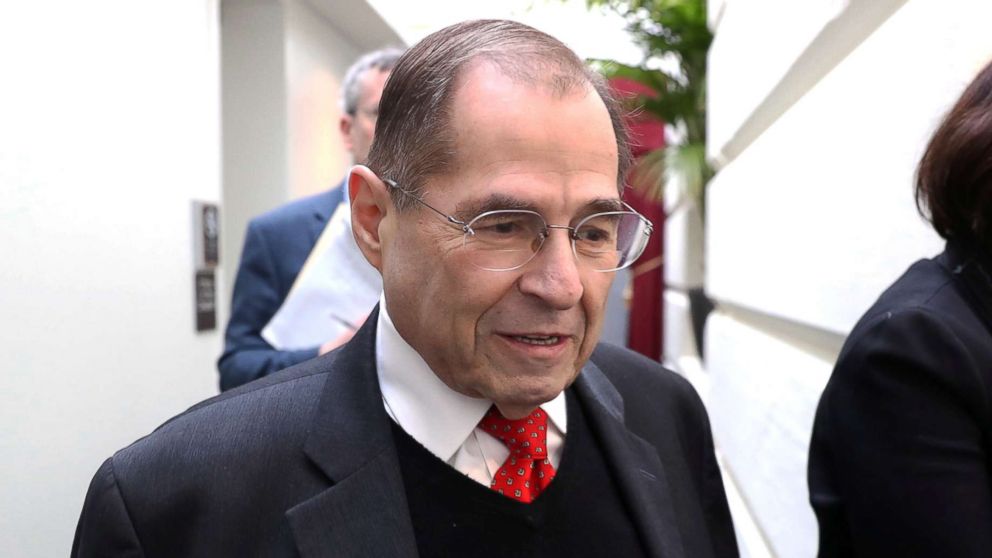 Rep. Jerrold Nadler, Rep. Kevin McCarthy and Gov. Jay Inslee are on "This Week" Sunday, Feb. 24. This is a rush transcript of the show and may be updated.

STEPHANOPOULOS: So did you learn anything from the Michael Cohen hearing this week that would lead you to open an impeachment investigation?

NADLER: Well what we learned from the Cohen testimony is that he directly implicated the president in – in various crimes, both while seeking the office of president and while in the White House. …

NADLER: … The Republicans spent two years shielding the president from any proper accountability. And it threatened – they threatened to impeach people in Justice Department, they threatened the – the Mueller investigation. It’s our job to protect the rule of law. That’s our core function. And to do that we are going to initiate investigations into abuses of power, into corruption of – into corruption and into obstruction of justice. …

STEPHANOPOULOS: Back in 1974 the House committees were able to get access to the grand jury evidence against Richard Nixon. Can you get that evidence in this case?

NADLER: Maybe, our lawyers are – we will do everything we can to get that evidence, we’ll do everything we can to get whatever evidence. We are starting this investigation, we will – tomorrow we will be issuing document requests to over 60 different people and individuals from the White House, to the Department of Justice, Donald Trump Jr., Alan Weisselberg to begin investigations to present the case to the American people about obstruction of justice, corruption and abuse of power.

STEPHANOPOULOS: So that would include John Kelly, the former chief of staff, Don McGahn the former White House counsel?

NADLER: I would imagine, I mean I don’t have the list in front of me, but we will be releasing the list tomorrow but over – over 60 entities, people, et cetera. …

STEPHANOPOULOS: Do you think the president obstructed justice?

NADLER: We must give accountability to the American people, we must hold the administration’s feet to the fire, and we must show if there are abuses of power, if there are obstructions of justice, if there’s a threat to the rule of law, we must protect the rule of law so that the democracy that was handed down to us is just as intact after this president leaves as it was before he came in.

Jerry Nadler is relentless. Can’t wait to see that subpoena list on Monday!

UPDATE: The WSJ is reporting on some of the names. (Subscription service – I’ve included some highlights below.) 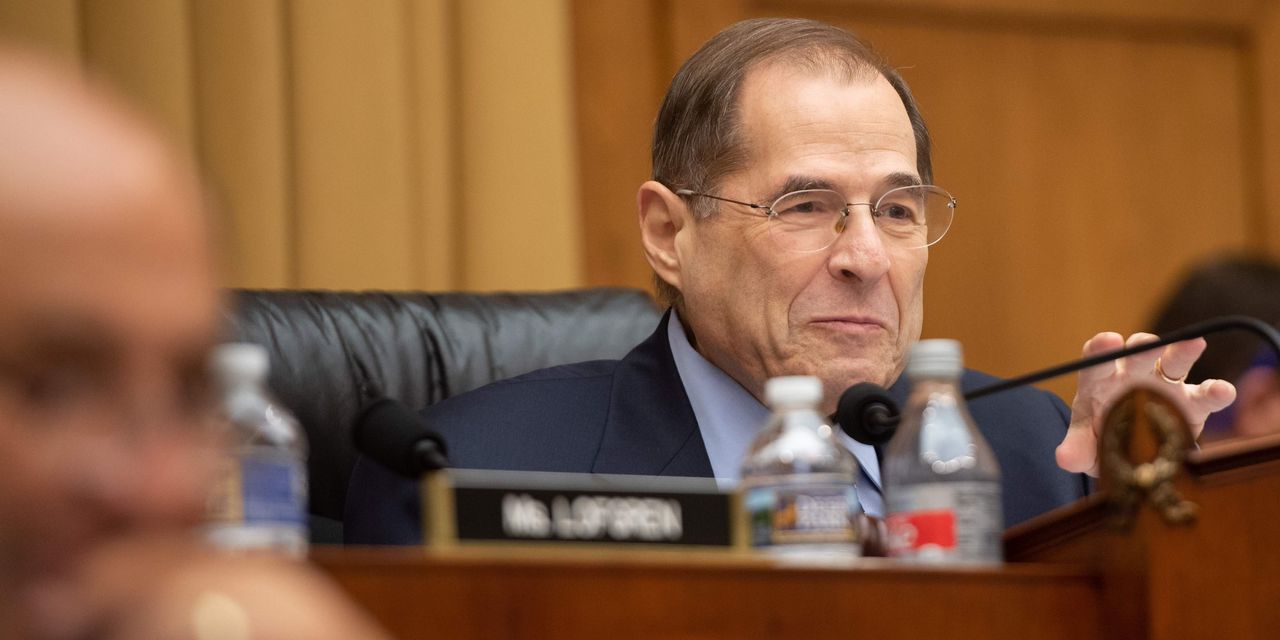 The House Judiciary Committee this week plans to request documents from more than 60 associates of President Trump, including from his sons and from his longtime chief financial officer, as part of a House investigation into obstruction of justice,...

The House Judiciary Committee this week plans to request documents from more than 60 associates of President Trump, including from his sons and from his longtime chief financial officer, as part of a House investigation into obstruction of justice, corruption and abuse of power. 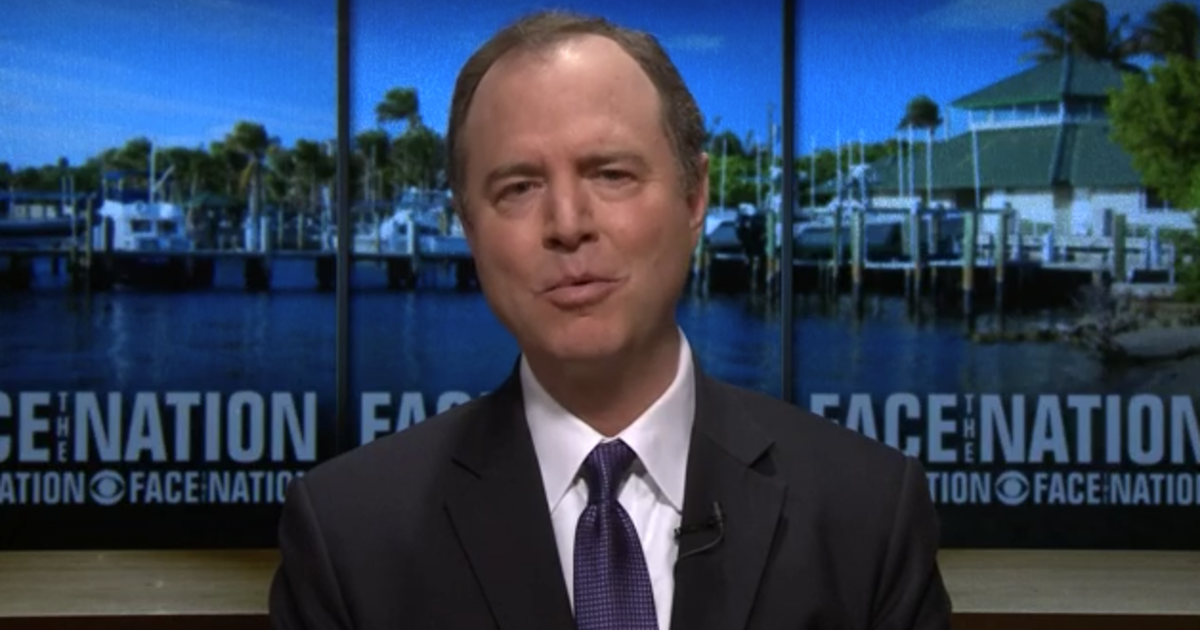 In an interview this weekend, Adam Schiff announced that the House Intelligence Committee is ramping up its investigation of Trump’s finances. Like Jerry Nadler of the House Judiciary Committee, Schiff is pulling no punches. He and his committee are “all in” on this investigation.

Democratic Rep. Adam Schiff of California said the House Intelligence Committee is investigating President Trump’s pursuit of a Trump Tower in Moscow and potential money laundering by the Trump Organization on behalf of Russia.

“The Moscow Trump Tower deal, for example, is among the most disturbing, because that’s something the president was pursuing throughout the midst of the presidential campaign,” Schiff, the committee’s chairman, said on “Face the Nation” Sunday. “We are certainly looking deep into this set of issues around Moscow at Trump Tower. We’re also looking at persistent allegations that the Russians have been laundering money through the Trump Organization. I don’t know that that’s true. But if it is, again, it’s a profound compromise of this president.” …

… In order to get to the bottom of those claims, Schiff said his committee panel will talk to some of the banks that did business with Mr. Trump, including Deutsche Bank, which he says has had a “history of laundering Russian money.”

“But we also will want to speak with the the accountants, the chief financial officers for the Trump Organization and others who would have information about the Moscow Trump Tower deal about the issue of money laundering. In fact, we’re bringing you Felix Sater in to talk about Moscow Trump Tower in a couple of weeks,” Schiff said. “So there are any number of witnesses that can shed light on whether America’s national security is compromised because the president has been pursuing financial interests with the Russians.”

Sen Rand Paul ® could be the deciding vote to block the Emergency Declaration…joining these R’s - Collins, Murkowski, Tillis.

Rand Paul said he will vote in support of a resolution to block Trump's emergency declaration, giving the Senate a majority and forcing Trump to issue the first veto of his presidency. https://t.co/5olIz3X01C

Sen. Rand Paul (R-Ky.) disclosed on Saturday that he will vote in support of a resolution this month to block President Trump’s emergency declaration, reports the Bowling Green Daily News.

“I can’t vote to give the president the power to spend money that hasn’t been appropriated by Congress. We may want more money for border security, but Congress didn’t authorize it. If we take away those checks and balances, it’s a dangerous thing.”

Why it matters: Paul’s vote, along with the votes of Republican Sens. Susan Collins (Maine), Lisa Murkowski (Alaska) and Thom Tillis (N.C.), gives the Senate the majority necessary to block Trump’s national emergency. Sen. Lamar Alexander also warned Trump last week that he will face a GOP rebellion if he follows through with the declaration. Trump has already vowed to veto the resolution if it passes, which will be the first veto of his presidency. 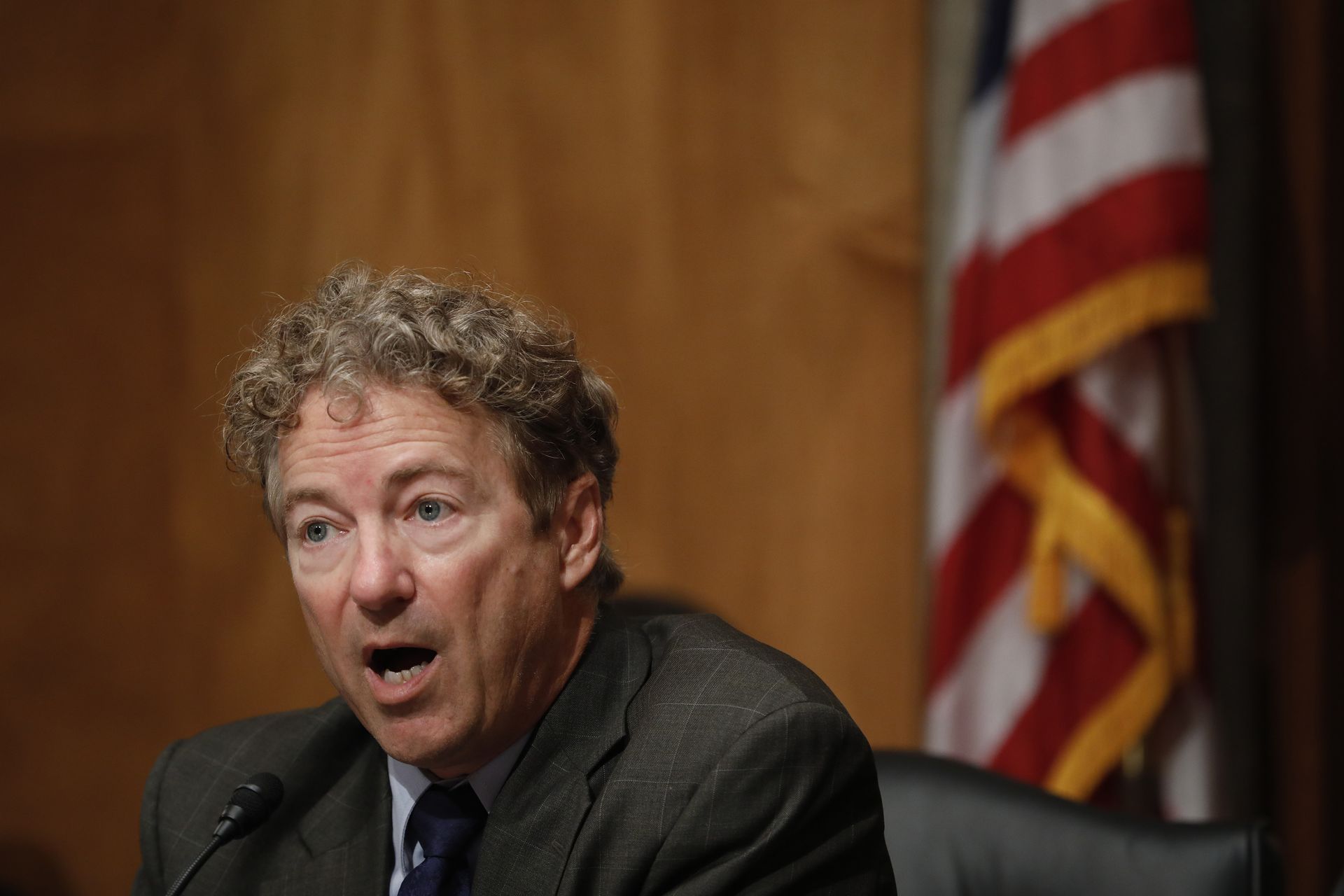 He joins three other Republican senators, giving the Senate the majority to pass the resolution.

Of course this is a weasel move on T’s part. Blame the demise of the Korea talks because Cohen was testifying.

But we have come to expect a blame game on T’s part.

Not entirely clear based on this tweet alone but given previous comments, it appears President Trump is blaming the failure to strike a deal with Kim Jong Un in Hanoi on the Democrats for scheduling Michael Cohen's House Oversight hearing at the same time. https://t.co/4hkHuD1uWF

For the Democrats to interview in open hearings a convicted liar & fraudster, at the same time as the very important Nuclear Summit with North Korea, is perhaps a new low in American politics and may have contributed to the “walk.” Never done when a president is overseas. Shame!

For the Democrats to interview in open hearings a convicted liar & fraudster, at the same time as the very important Nuclear Summit with North Korea, is perhaps a new low in American politics and may have contributed to the “walk. Never done when a president is overseas. Shame!”

For the Democrats to interview in open hearings a convicted liar & fraudster, at the same time as the very important Nuclear Summit with North Korea, is perhaps a new low in American politics and may have contributed to the “walk.” Never done when a president is overseas. Shame!
2 Likes
dragonfly9 March 4, 2019, 4:15am #7 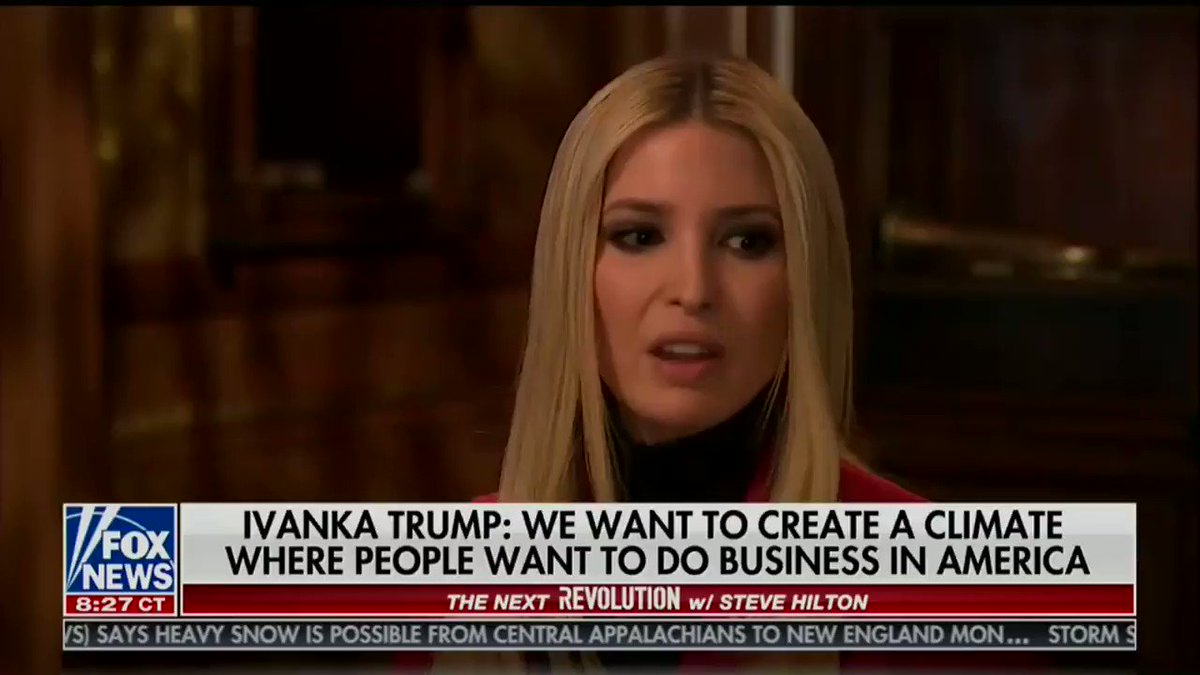 5 posts were merged into an existing topic: Day 774