Midst all the banner headlines this week, Wilbur Ross must be hoping that his House Oversight hearing tomorrow will be lost in the chaff. He’s going to be squirming while he’s cross-examined on the lies he told Congress about the 2020 census citizenship question. "Everything about adding the question doesn't pass the smell test," Rep. Jimmy Gomez, D-Calif., who sits on the committee, told NBC News. "I want to really get to the bottom of that."

Commerce Secretary Wilbur Ross will face Congress on Thursday to answer questions about his decision to add a citizenship question to the 2020 census.

His long-awaited appearance before the House Oversight Committee comes only days after a second federal judge said Ross violated federal law and the Constitution by hastily adding the question to the upcoming survey.

Democrats have sought answers from the Trump administration for more than a year about its handling of the all-important headcount, zeroing in not only on potential issues related to the citizenship question, but also why the agency is lagging in critical areas as it tries to prepare for the census. Now that the Democrats control the House, they’ve demanded the secretary’s account. …

Expect to hear a number of pointed questions, mainly from Democrats, about Ross’ rationale for adding the citizenship question.

“Everything about adding the question doesn’t pass the smell test," Rep. Jimmy Gomez, D-Calif., who sits on the committee, said. “I want to really get to the bottom of that.”

Last March, Ross told the House Ways and Means Committee under oath that the question was added at his direction after he received a request from the Department of Justice in December 2017 that said the data was needed to properly enforce civil rights laws.

However, documents released as a part of a multistate lawsuit showed that Ross inquired about adding the question much earlier. An agency spokesperson later told The Associated Press that discussions about it had begun earlier and nothing in the court records changes “the sound rationale” that Ross cited in his congressional testimony.

"I think that their rationale that they want to enforce the Voting Rights Act is just b.s.," Gomez said. "I would like to see the committee focus on that line of question. Did he actually lie to Congress?”

"We’re going to be issuing an emergency order of prohibition to ground all flights of the 737 Max 8 and the 737 Max 9 and planes associated with that line," Trump announced, referring to “new information and physical evidence that we’ve received” in addition to some complaints." The FAA said the Ethiopian jet that crashed Sunday had a flight pattern very similar to that of a Lion Air jet that went down in October.

This is a pretty interesting wrinkle:

#BREAKING: Rep. Jerry Nadler says during today's closed-door meeting, former acting Attorney General Matthew Whitaker "did not deny that the president called him to discuss the Michael Cohen case and personnel decisions in the Southern District" -- something he denied last month.

Per Rep. Jerry Nadler: While he was acting AG, Matthew Whitaker was also "directly involved in conversations about whether to fire one or more US attorneys" AND whether SDNY "went too far in pursuing the campaign finance case" involving Trump. 2/ 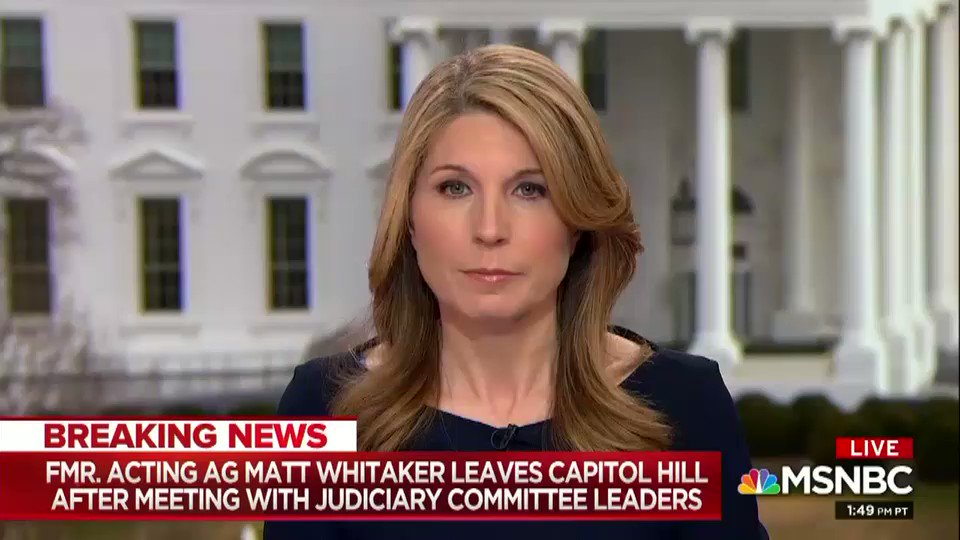 Nadler claims Whitaker was involved in conversations about whether to fire one or more U.S. attorneys https://t.co/M7T64mAhTo 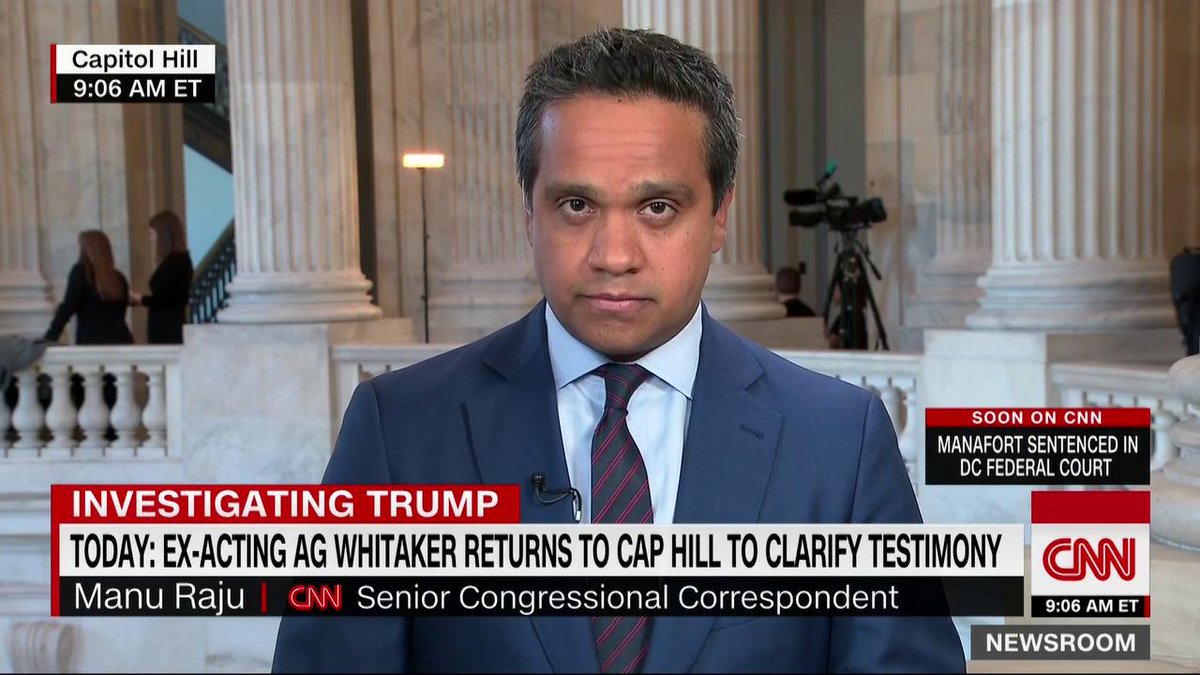 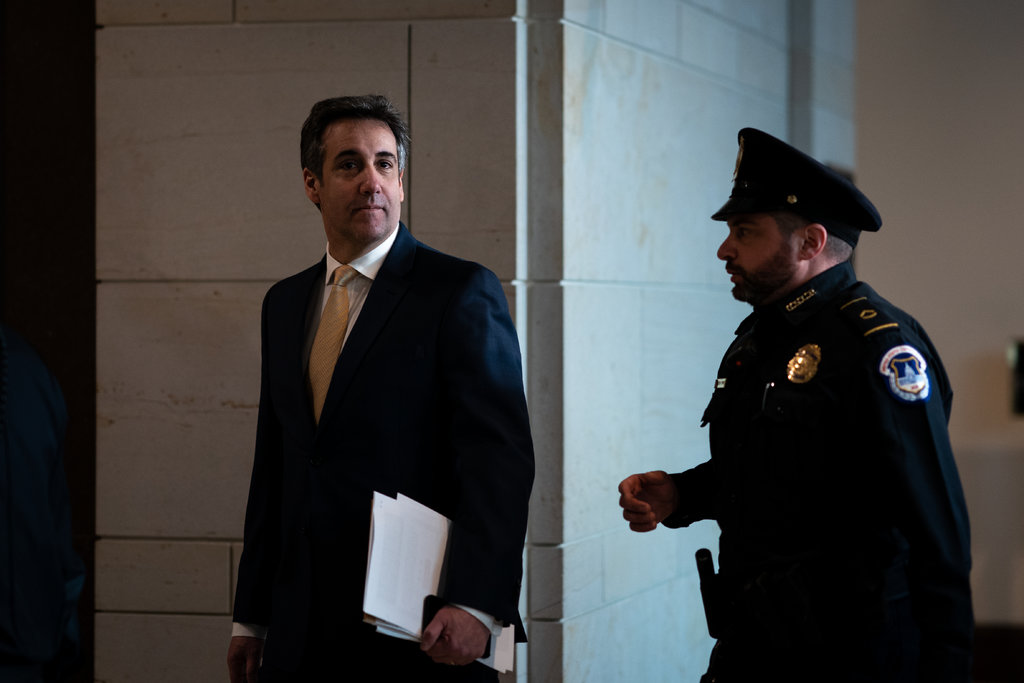 Prosecutors Seek Records on Cohen’s ‘Back Channel’ With Giuliani

“Sleep well tonight, you have friends in high places,” a lawyer told Michael Cohen after speaking on his behalf with Rudolph Giuliani, the president’s lawyer.

During one of the conversations last April, Mr. Costello said in an interview, he asked whether Mr. Trump might put a pardon “on the table” for Mr. Cohen, who was under federal investigation for a variety of possible crimes, including arranging hush-money payments to two women who had said they had affairs with Mr. Trump. Mr. Giuliani told Mr. Costello that the president was unwilling to discuss pardons at that time, Mr. Costello said in the interview, and they did not discuss it again.

Now federal prosecutors have requested the emails and documents from Mr. Costello, according to a copy of the request, which cited an investigation into “possible violations of federal criminal law” but offered no further detail. The request, sent last week, was for any documents related to Mr. Cohen as well as any bills Mr. Costello had sent him. 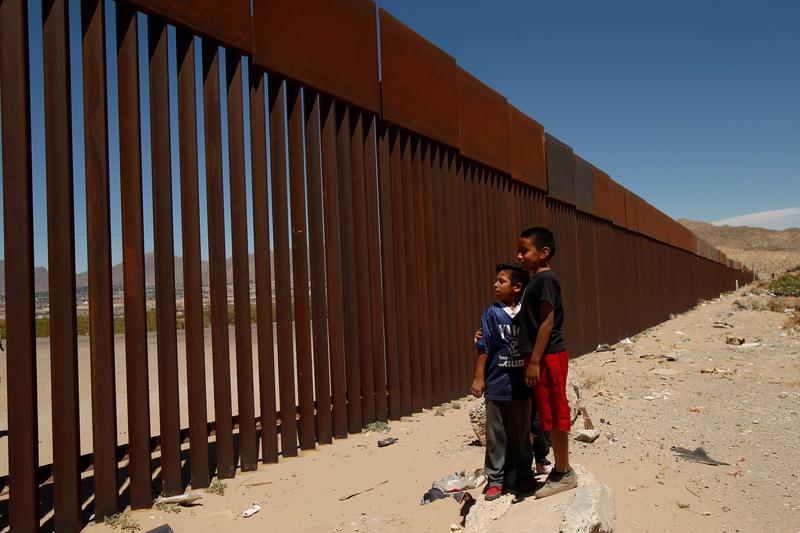 The U.S. Senate appeared poised to pass a proposal to terminate President Donald Trump's declaration of an emergency at the southern border, despite his threat to veto the measure and heavy lobbying of his fellow Republicans.

This virtually guarantees that Trump’s “National Emergency” will be officially declared bogus by the Senate on Thursday. The next move will be Trump’s.

The U.S. Senate appeared poised to pass a proposal to terminate President Donald Trump’s declaration of an emergency at the southern border, despite his threat to veto the measure and heavy lobbying of his fellow Republicans.

The Utah lawmaker was the fifth Republican senator to say they back a measure passed by the Democratic-led House of Representatives to terminate Trump’s declaration. In the 100-seat Senate, votes from at least four Republicans are needed to pass the measure, along with all 45 Democrats and two independents. 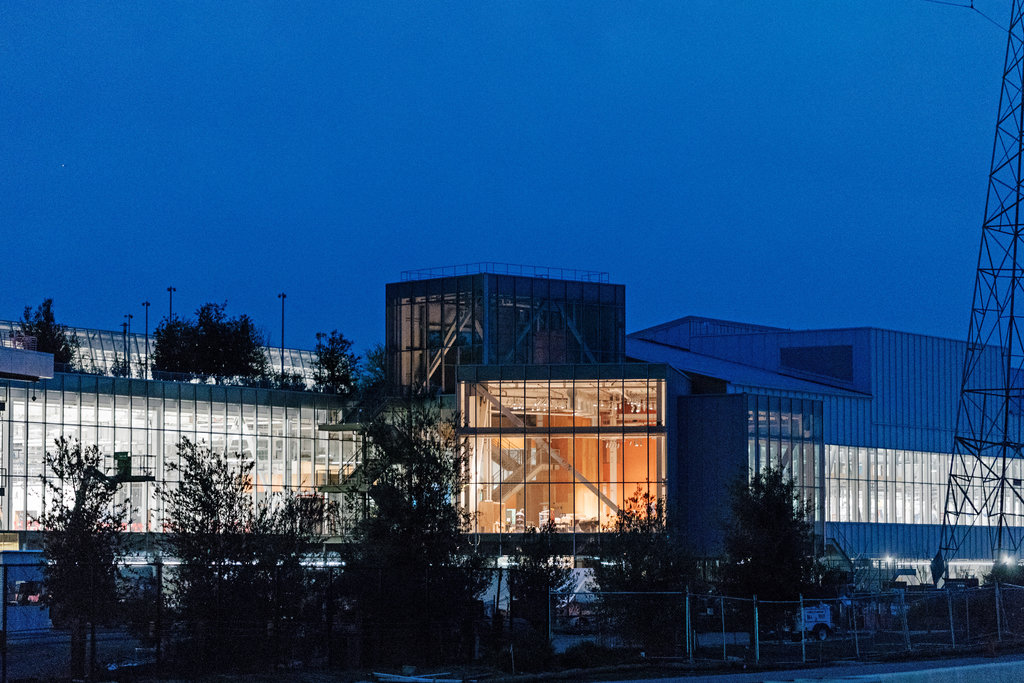 Federal prosecutors are conducting a criminal investigation into data deals Facebook struck with some of the world’s largest technology companies, intensifying scrutiny of the social media giant’s business practices as it seeks to rebound from a year of scandal and setbacks.

A grand jury in New York has subpoenaed records from at least two prominent makers of smartphones and other devices, according to two people who were familiar with the requests and who insisted on anonymity to discuss confidential legal matters. Both companies had entered into partnerships with Facebook, gaining broad access to the personal information of hundreds of millions of its users.

The companies were among more than 150 firms, including Amazon, Apple, Microsoft and Sony, that had cut sharing deals with the world’s dominant social media platform. The agreements, previously reported in The New York Times, let the companies see users’ friends, contact information and other data, sometimes without consent. Facebook has phased out most of the partnerships over the past two years.

4 posts were merged into an existing topic: Day 784