1/ Homeland Security Secretary Kirstjen Nielsen resigned after meeting with Trump to plan "a way forward" at the U.S.-Mexico border. Nielsen's resignation came two days after she traveled to the border with Trump, and three days after Trump withdrew his nomination of Ronald Vitiello to be the director of Immigration and Customs Enforcement, because he wanted to "go in a tougher direction." In her resignation letter, Nielsen said it was the "right time for me to step aside." She will be replaced by U.S. Customs and Border Protection Commissioner Kevin McAleenan, who will take over as acting DHS Secretary until Trump appoints a permanent replacement. (New York Times / Washington Post / ABC News / Associated Press / CNN / Politico / NBC News) / Axios)

Rep Nadler calling for Mueller to testify. No subpoenas yet. 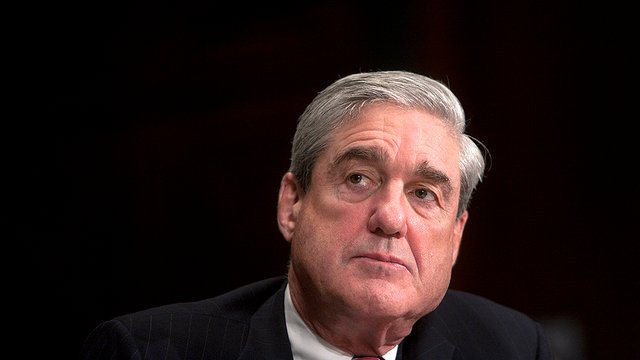 Regarding the poll of Americans’ expectations of the 2017 Tax Cuts, just wanted to share my experience…finished my taxes today, and as a middle class, married filing jointly couple, we are paying THREE TIMES as much federal taxes as we did last year, with essentially the same income. This sucks! A senior administration official believes Trump is convinced family separation has been the most effective policy at deterring asylum-seekers.

President Donald Trump has for months urged his administration to reinstate large-scale separation of migrant families crossing the border, according to three U.S. officials with knowledge of meetings at the White House.

According to two of the sources, Nielsen told Trump that federal court orders prohibited the Department of Homeland Security from reinstating the policy, and that he would be reversing his own executive order from June that ended family separations. The move is expected to further isolate Iran and could have widespread implications for U.S. personnel and policy in the Middle East and elsewhere.

The Revolutionary Guard designation, planning for which was first reported by The Wall Street Journal, comes with sanctions, including freezes on assets the Guard may have in U.S. jurisdictions and a ban on Americans doing business with it or providing material support for its activities.

Although the Guard has broad control and influence over the Iranian economy, such penalties from the U.S. may have limited impact. The designation, however, could significantly complicate U.S. military and diplomatic work, notably in Iraq, where many Shiite militias and Iraqi political parties have close ties to the Guard. And in Lebanon, where the Guard has close ties to Hezbollah, which is part of the Lebanese government.

Without exclusions or waivers to the designation, U.S. troops and diplomats could be barred from contact with Iraqi or Lebanese authorities who interact with Guard officials or surrogates.

The Pentagon and U.S. intelligence agencies have raised concerns about the impact of the designation if the move does not allow contact with foreign officials who may have met with or communicated with Guard personnel. Those concerns have in part dissuaded previous administrations from taking the step, which has been considered for more than a decade.

The President helped build a hotel in Azerbaijan that appears to be a corrupt operation engineered by oligarchs tied to Iran’s Revolutionary Guard.

No evidence has surfaced showing that Donald Trump, or any of his employees involved in the Baku deal, actively participated in bribery, money laundering, or other illegal behavior. But the Trump Organization may have broken the law in its work with the Mammadov family. The Foreign Corrupt Practices Act, passed in 1977, forbade American companies from participating in a scheme to reward a foreign government official in exchange for material benefit or preferential treatment. The law even made it a crime for an American company to unknowingly benefit from a partner’s corruption if it could have discovered illicit activity but avoided doing so. This closed what was known as the “head in the sand” loophole.