1/ The White House invoked executive privilege and ordered former counsel Donald McGahn not to comply with a congressional subpoena for documents related to Robert Mueller's investigation. In a letter to the House Judiciary Committee, White House counsel Pat Cipollone argued that "McGahn does not have the legal right to disclose these documents to third parties" and asked that the committee instead direct the request to the White House, "because they implicate significant Executive Branch confidentiality interests and executive privilege." Trump has also promised to assert executive privilege to block McGahn's testimony to the committee later this month. McGahn spent more than 30 hours speaking to Mueller's investigators, outlining two episodes where Trump asked him to have Mueller fired, and later asking McGahn to deny news reports about that conversation. McGahn rebuffed both requests. (CNBC / ABC News / Washington Post / Wall Street Journal / New York Times)

Now more than 650 former federal prosecutors have signed onto the statement asserting that if the Justice Department’s Office of Legal Counsel did not prohibit a sitting president from being indicted Trump would be charged with obstruction of justice. Over 650 former prosecutors say Trump would be charged with obstruction if he...

Day 837: More than 370 former federal prosecutors asserted that Trump would have been charged with obstruction of justice if he wasn’t president . Robert Mueller declined to exonerate Trump in his report, citing a Justice Department legal opinion that a sitting president cannot be indicted. The former career government employees who worked in Republican and Democratic administrations signed on to a statement saying “Each of us believes that the conduct of President Trump described in Special Counsel Robert Mueller’s report would, in the case of any other person not covered by the Office of Legal Counsel policy against indicting a sitting President, result in multiple felony charges for obstruction of justice.” (Washington Post)

The State Department demanded that one of the couple’s twin sons have a DNA test to prove he’s the biological son of a U.S. citizen.

Although Aiden and Ethan’s fathers, Andrew and Elad Dvash-Banks, have been married since 2010, only Andrew is an American citizen. While that would be enough for children in a heterosexual marriage to qualify for U.S. citizenship while born abroad, the State Department has held the Dvash-Bankses to a different standard, requiring the family to undergo DNA testing to establish that Aiden—but not Ethan—was the biological son of a U.S. citizen.

The boys’ parents sued, arguing in federal court that proving a biological connection between a child and a U.S. citizen parent isn’t required to extend birthright citizenship from a married parent to a child, and in February, the judge ruled in their favor.

The Trump administration may alter the way it determines the national poverty threshold, putting Americans living on the margins at risk of losing access to welfare programs.

The possible move would involve changing how inflation is calculated in the “official poverty measure,” the White House Office of Management and Budget said in a regulatory filing on Monday. The formula has been used for decades to determine whether people qualify for certain federal programs and benefits.

The measure, first set in the 1960s, is calculated at three times the cost of a minimum food diet and adjusted every year as prices rise. In 2018, a family of four making no more than $25,900 was considered impoverished. The figure determines eligibility for a wide swath of federal, state, and non-profit programs, including Medicaid and food stamps. 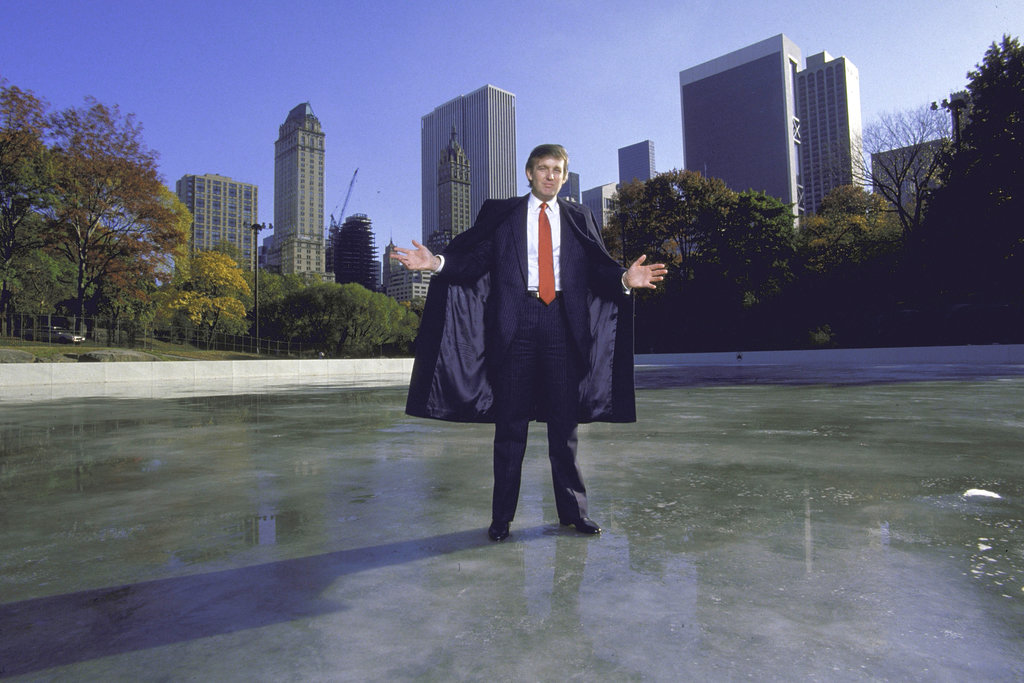 Decade in the Red: Trump Tax Figures Show Over $1 Billion in Business Losses

Newly obtained tax information reveals that from 1985 to 1994, Donald J. Trump’s businesses were in far bleaker condition than was previously known.

The numbers show that in 1985, Mr. Trump reported losses of $46.1 million from his core businesses — largely casinos, hotels and retail space in apartment buildings. They continued to lose money every year, totaling $1.17 billion in losses for the decade.

In fact, year after year, Mr. Trump appears to have lost more money than nearly any other individual American taxpayer, The Times found when it compared his results with detailed information the I.R.S. compiles on an annual sampling of high-income earners. His core business losses in 1990 and 1991 — more than $250 million each year — were more than double those of the nearest taxpayers in the I.R.S. information for those years. 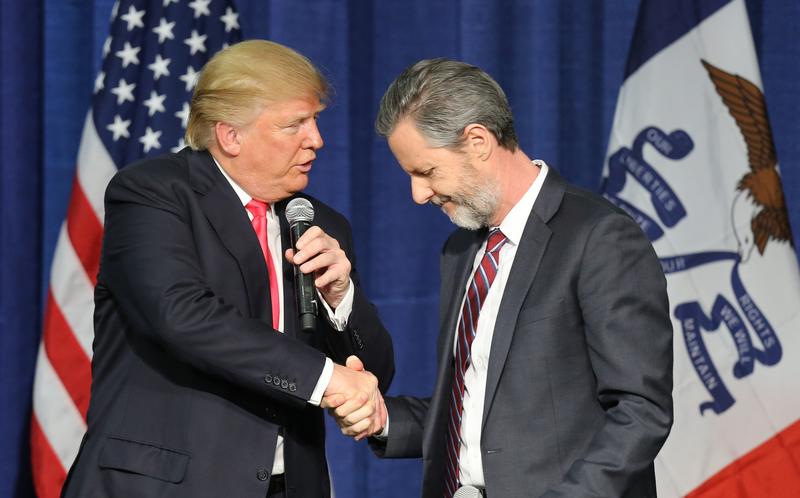 The Falwells enlisted Cohen’s help in 2015, according to the source familiar with Cohen’s thinking, the year Trump announced his presidential candidacy. At the time, Cohen was Trump’s confidant and personal lawyer, and he worked for the Trump Organization.

The Falwells wanted to keep “a bunch of photographs, personal photographs” from becoming public, Cohen told Arnold. “I actually have one of the photos,” he said, without going into specifics. “It’s terrible.”

Cohen would later prove successful in another matter involving Falwell, two people familiar with the matter told Reuters. Cohen helped persuade Falwell to issue his endorsement of Trump’s presidential candidacy at a critical moment, they said: just before the Iowa caucuses. Falwell subsequently barnstormed with Trump and vouched for the candidate’s Christian virtues.

Reuters has no evidence that Falwell’s endorsement of Trump was related to Cohen’s involvement in the photo matter. The source familiar with Cohen’s thinking insisted the endorsement and the help with the photographs were separate issues.

What a rat’s nest.

Jerry Falwell Jr., the evangelist son of world-famous Southern Baptist minister Jerry Falwell Sr., runs a hardcore-Christian university and often acts as the public face for the American evangelical movement. That's why it seemed so hypocritical when...

Jerry Falwell Jr., the evangelist son of world-famous Southern Baptist minister Jerry Falwell Sr., runs a hardcore-Christian university and often acts as the public face for the American evangelical movement. That’s why it seemed so hypocritical when he endorsed Donald Trump — a sexually rapacious avatar of American greed, racism, and unearned privilege who very clearly does not care about the Bible that Falwell Jr. claims to love so much.

But it’s also pretty darn curious that Falwell Jr. recently admitted in court that he paid $1.8 million to a pool attendant at Miami Beach’s Fontainebleau resort who had befriended the Falwell family. It was part of an exceedingly odd business deal in which the group tried to buy the Miami Hostel at 810 Alton Rd. in South Beach. The building is attached to the popular Italian restaurant Macchialina and also houses the 120-bed hostel, where a bed costs just $20 per night.

The case raises more questions than answers: Falwell Jr. and his wife appear to have simply “befriended” a then-21-year-old pool attendant while the husband and wife were staying at the ritzy Fontainebleau. They then welcomed the pool attendant into their lives, began flying him around on a private jet, and even put up millions of dollars to help his business ventures. Falwell and his wife have appeared in Facebook photos eating at Macchialina with the pool attendant — a Florida International University graduate named Giancarlo Granda, who now lives in Washington, D.C., and attends Georgetown University.

According to public court filings (first noted by BuzzFeed), Falwell Jr. said in court this past December 4 that he made two loans to a shell company called Alton Hostel LLC, which was controlled by Falwell’s wife and son, plus Granda.

But the story keeps getting weirder: BuzzFeed has reported that Falwell Jr. is (or at least was) a pal of Michael Cohen’s and that Cohen helped persuade Falwell to endorse Trump’s 2016 presidential run. Somehow Granda, too, got tied up in this: BuzzFeed says it has obtained a photograph of Granda meeting Trump at the university in Lynchburg, Virginia. (The university owns the copyright to the photo and did not give BuzzFeed permission to publish the image.) A source also told BuzzFeed that Cohen and Falwell discussed the Miami-Dade County lawsuit before Falwell endorsed Trump. But there is currently no direct evidence that the real-estate deal with Granda influenced Falwell’s Trump endorsement. New Times was not able to independently corroborate BuzzFeed’s reporting. 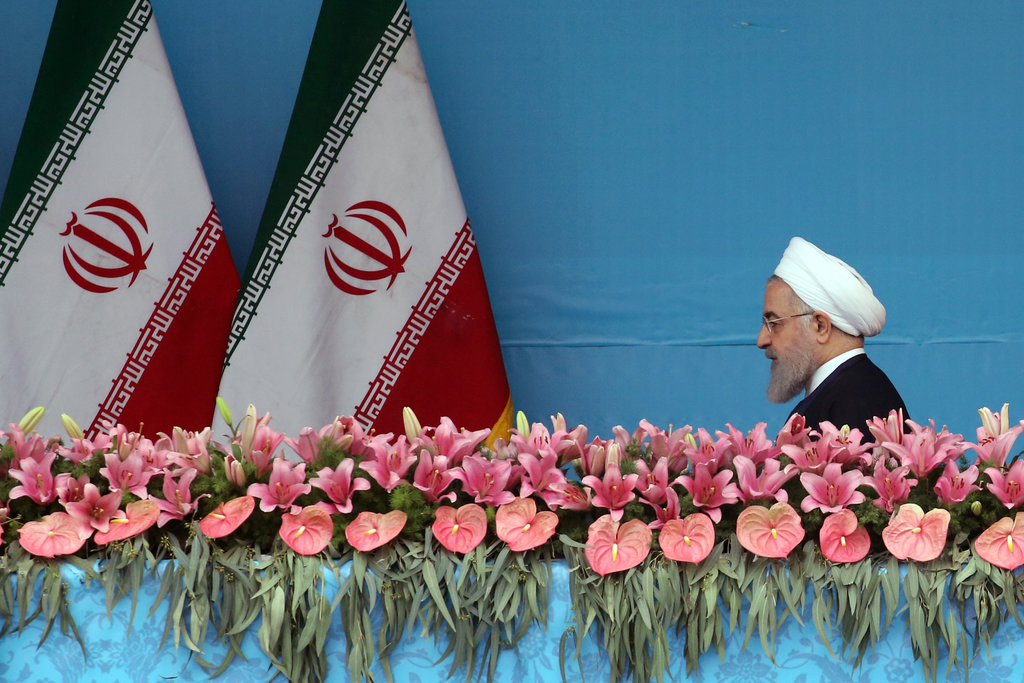 U.S. Issues New Sanctions as Iran Warns It Will Step Back From Nuclear Deal

The announcement by Iran’s president does not kill the 2015 deal, but it pushes the confrontation between Washington and Tehran into new and potentially dangerous territory.

Iran’s president declared on Wednesday that the country would stop complying with two of its commitments under the Iranian nuclear deal, pushing the growing confrontation between Washington and Tehran into new and potentially dangerous territory.

The announcement by President Hassan Rouhani came exactly a year after President Trump withdrew entirely from the 2015 agreement, which limited Iran’s capacity to produce nuclear fuel for 15 years.

But Mr. Rouhani did not follow Mr. Trump’s path and renounce the entire agreement. Instead, he notified European nations that he was taking some carefully calibrated steps, and that he would give Europe 60 days to choose between following Mr. Trump or saving the deal by engaging in oil trade with Iran in violation of American unilateral sanctions.

Any dots to connect here?

I love that Trump is looking distinctly vampirish in the old pic, and that it’s daytime… .