1/ The House Ways and Mean Committee subpoenaed Treasury Secretary Steven Mnuchin over Trump's tax returns. IRS Commissioner Charles Rettig was also subpoenaed. Chairman Richard Neal gave Mnuchin and Rettig until until May 17 to turn over six years of Trump's returns, and is expected to go to court to enforce his request if the Trump administration continues to argue that the committee does not have a legitimate legislative purpose that warrants compliance. Earlier this week, Mnuchin rejected Neal's request for the returns. Trump previously vowed to fight all subpoenas from House Democrats. Subpoenas are now pending from the Ways and Means, Judiciary, Oversight and Reform, Financial Services, and the Intelligence Committees. (CNBC / New York Times / Politico / Washington Post) / Wall Street Journal) 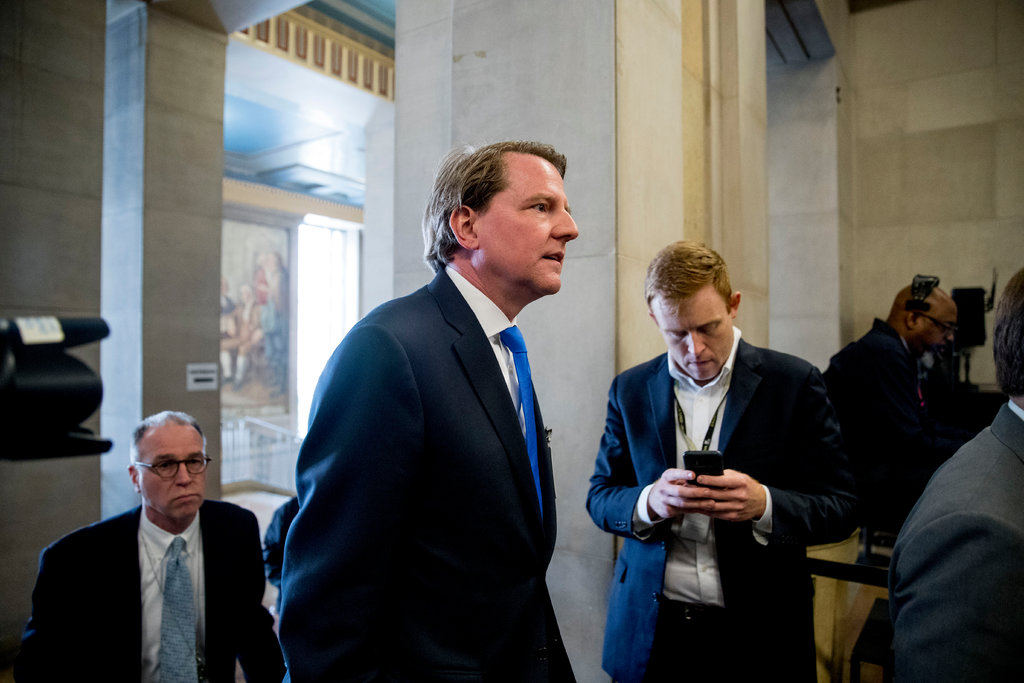 Two requests by presidential advisers show how far the White House has gone to try to push back on accusations that the president obstructed justice.

White House officials asked at least twice in the past month for the key witness against President Trump in the Mueller report, Donald F. McGahn II, to say publicly that he never believed the president obstructed justice, according to two people briefed on the requests.

Mr. Trump asked White House officials to make the request to Mr. McGahn, who was the president’s first White House counsel, one of the people said. Mr. McGahn declined. His reluctance angered the president, who believed that Mr. McGahn showed disloyalty by telling investigators for the special counsel, Robert S. Mueller III, about Mr. Trump’s attempts to maintain control over the Russia investigation.

The White House made one of the requests to Mr. McGahn’s lawyer, William A. Burck, before the Mueller report was released publicly but after the Justice Department gave a copy to Mr. Trump’s lawyers in the preceding days. Reading the report, the president’s lawyers saw that Mr. Mueller left out that Mr. McGahn had told investigators that he believed the president never obstructed justice. Mr. Burck had told them months earlier about his client’s belief on the matter and that he had shared it with investigators.

Mr. McGahn initially entertained the White House request. “We did not perceive it as any kind of threat or something sinister,” Mr. Burck said in a statement. “It was a request, professionally and cordially made.” A White House spokeswoman did not respond to a message seeking comment.

T gives an interview with Politico today…more of the same self-aggrandizement, and BS. He’s massaging the narrative, continuing his play for winning the 2020 election.

Maybe I look at it like my race. If you remember, from the day I came down the escalator until the end of the primaries, I was in the number one position. I was center stage every debate. And you know, nobody came close. And I had – I mean, I had a big lead pretty much from the beginning, and it got bigger, you know, as it went along, and as people started dropping out.

POLITICO: Do you want them to try to impeach you?

And, you know, look, I know it would be a very, very impossible thing. Plus, you know if you haven’t had – in fact, the crimes were actually committed, but they were committed by the Democrats. They were committed by the DNC, the Clinton campaign, Hillary Clinton. Those were the crimes. They weren’t committed by us.
So I must say, you know you mentioned the word [impeachment], I haven’t heard that word in a while. Because since the report came out, it said no collusion, no obstruction, no conspiracy. And that was the end. I haven’t heard the word mentioned, really – essentially – since the Mueller report came out. And it’s not like it’s not like they were friends of mine.

POLITICO: But are you frustrated that Republicans are subpoenaing your son? I mean, these are Republicans that are doing this.

A little BLUFFING…“I don’t know much about it yet.”

POLITICO: And you saw the Times report that [Trump lawyer] Rudy Giuliani is going to Ukraine to urge them to pursue some investigations? I mean, have you talked to him about that? Does he have your blessing to do that?

You know, they talk about ‘investigate the investigators.’ And when you look at what’s happened with [Pete] Strzok and [Lisa] Page and [Andrew] McCabe and [James] Comey and all of the terrible things that took place, I think, you know. But I have not – I have not spoken to [Giuliani] at any great length, but I will. When is he leaving? I don’t even know. When is he leaving?

POLITICO: He’s leaving soon. I think in the next couple days.

TRUMP: I see. Well, I will speak to him about it before he leaves. I’m just curious about that.

AND MORE OBSTRUCTION…and encouraging Foreign meddling. Will it ever stop??

POLITICO: And one more. Have you asked [Attorney General] Bill Barr, or would you ask Bill Barr, to investigate Biden about his son’s – Biden’s son’s work in Ukraine? That’s become a big issue.

TRUMP: Well, I haven’t spoken to him about it. But certainly it is a very big issue and we’ll see what happens. I have not spoken to him about it. Would I speak to him about it? I haven’t thought of that. I mean, you’re asking me a question I just haven’t thought of. Certainly, it would be an appropriate thing to speak about. But I have not done that as of yet. It could be a very big – it could be a very big situation. Of course, because he’s because he’s a Democrat, it’s about one 1/100 the size of the fact that if he were Republican, it would be a lot bigger. But anyway, go ahead. 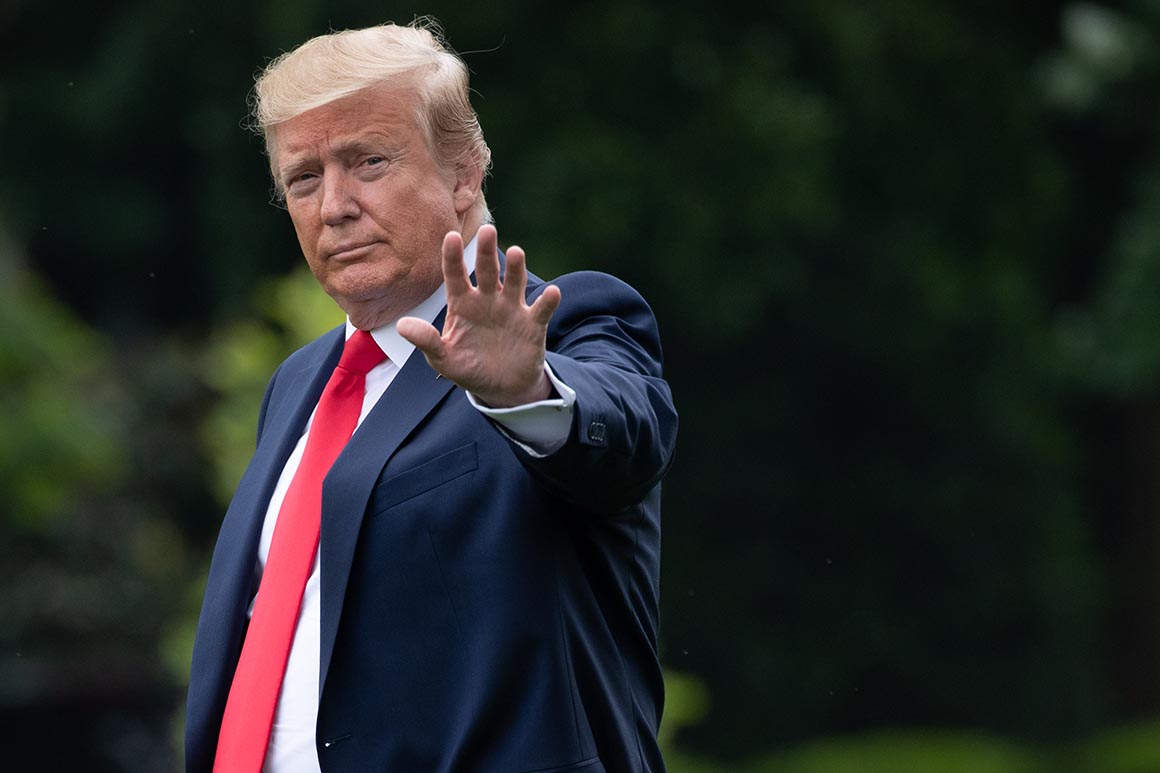 President Donald Trump spoke with POLITICO on Friday, touching on a number of topics from the 2020 election to Attorney General William Barr.