👋 Away Message: Hi there, Matt's currently away from the computer this week, but in the spirit of experimentation, the daily WTFJHT post will be powered by Current Status and lightly edited by a human for clarity.

1/ White House reviews military plans against Iran, in echoes of the Iraq War .

And this is what it would look like…way worse than we could imagine right now. War mongering…

Judging from appearances, the United States and Iran are worryingly close to conflict. This weekend, only days after the United States dispatched warships and bombers to the Middle East to deter what it deemed Iranian threats, two Saudi oil tankers and a Norwegian ship were damaged in apparent acts of sabotage in the Persian Gulf.

The dispute between a U.S. administration led by a tough-talking Republican president and an embattled but antagonistic Middle Eastern power has reminded many observers of the run-up to the U.S.-led invasion of Iraq in 2003 — a move that, in the years since, has been widely condemned as disastrous for all involved.

Even some of the characters in this apparent remake are the same: John Bolton, President Trump’s national security adviser, played a key role in President George W. Bush’s buildup to the Iraq invasion as undersecretary of state for arms control and international security.

Bolton’s actions at the time earned him a reputation as reckless. Iranian Foreign Minister Mohammad Javad Zarif appeared to allude to him on Tuesday, telling reporters that “extremist individuals in the U.S. administration” were falsely trying to blame Iran for the incidents in the Persian Gulf.

Despite the similarities, a conflict with Iran would not simply be a redux of the 2003 war with Iraq. It would be quite different in many ways — and it would almost certainly be substantially worse. Present-day Iran is a significantly different country compared to Iraq in 2003. The way it would fight a war is very different, too.

One estimate from 2005 suggested the Iraqi army had fewer than 450,000 personnel when the invasion began. Recent estimates suggest that Iran has 523,000 active military personnel, as well as 250,000 reserve personnel. Just as important, however, is Iran’s location. Unlike Iraq, Iran is a maritime power bordered by the Caspian sea to the north and the Persian Gulf and the Gulf of Oman to the south. It shares land borders with several troubled U.S. allies, including Afghanistan, Pakistan, Turkey and Iraq.

Its location in the center of Eurasia is particularly important for trade. About a third of the world’s oil tanker traffic passes through the Strait of Hormuz, which is bordered by Iran and Oman. At its narrowest point, this shipping route is just under two miles wide. Blocking it could lead shipments of daily global oil exports to drop by an estimated 30 percent.

In terms of conventional military strength, Iran is far weaker than the United States. But the country has long pursued asymmetric strategies that could allow it to inflict serious damage on U.S. interests in the region.

Iran’s Revolutionary Guard Corps, a force loyal to Iran’s supreme leader, Ayatollah Ali Khamenei, and separate from the regular military, has an external special operations arm known as the Quds Force that has helped build proxy forces in places such as Iraq, Lebanon and Syria. It funds militias such as Hezbollah, which is powerful in its own right.

Iran has used these type of groups to target Americans before. Earlier this year, a revised Pentagon estimate found Iranian proxy forces had killed at least 608 U.S. troops in Iraq between 2003 and 2011. Iranian proxies could cause havoc in Iraq and Afghanistan again.

Iran’s navy has a real advantage against the United States, too. It doesn’t need big ships or firepower to block off the Strait of Hormuz, for example, but could use mines or submarines to force a halt in trade.

U.S. war games have suggested that speedboat suicide attacks and missiles could be surprisingly effective against the American military. A 2017 report from the Office of Naval Intelligence found that the navy of the Revolutionary Guard, which is distinct from Iran’s regular navy and focuses on smaller and faster but still heavily armed vessels, had received more responsibilities to protect the Persian Gulf. 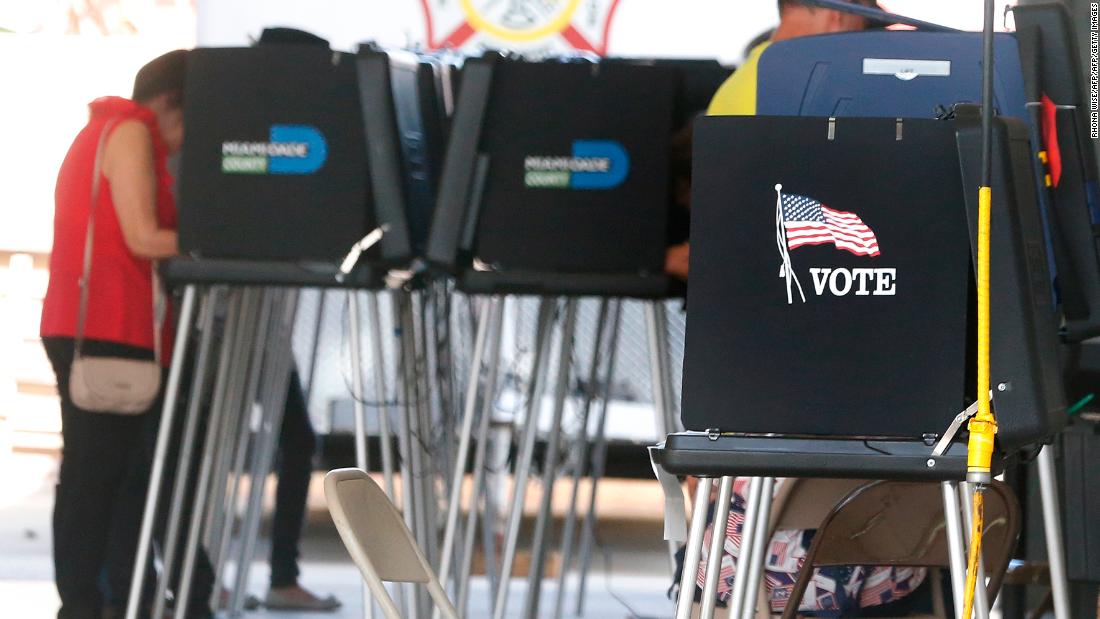 Florida Gov. Ron DeSantis revealed Tuesday that a second county in the state was hacked during the 2016 election.

This story just keeps getting worse. Supposedly there was “no manipulation of data,” but originally we were told there was no intrusion at all so what should we believe? And why won’t they tell us the counties. We deserve to know.

Florida Gov. Ron DeSantis revealed Tuesday that a second county in the state was hacked during the 2016 election.

Special counsel Robert Mueller’s report on interference in the election said that "at least one"Florida county had been breached.

DeSantis, who was briefed by the FBI on Friday, said two counties “experienced intrusion into the supervisor of elections network,” but added that there was no manipulation of the data, and that the intrusion “had no effect” on Florida vote totals. He did not say which counties were involved. 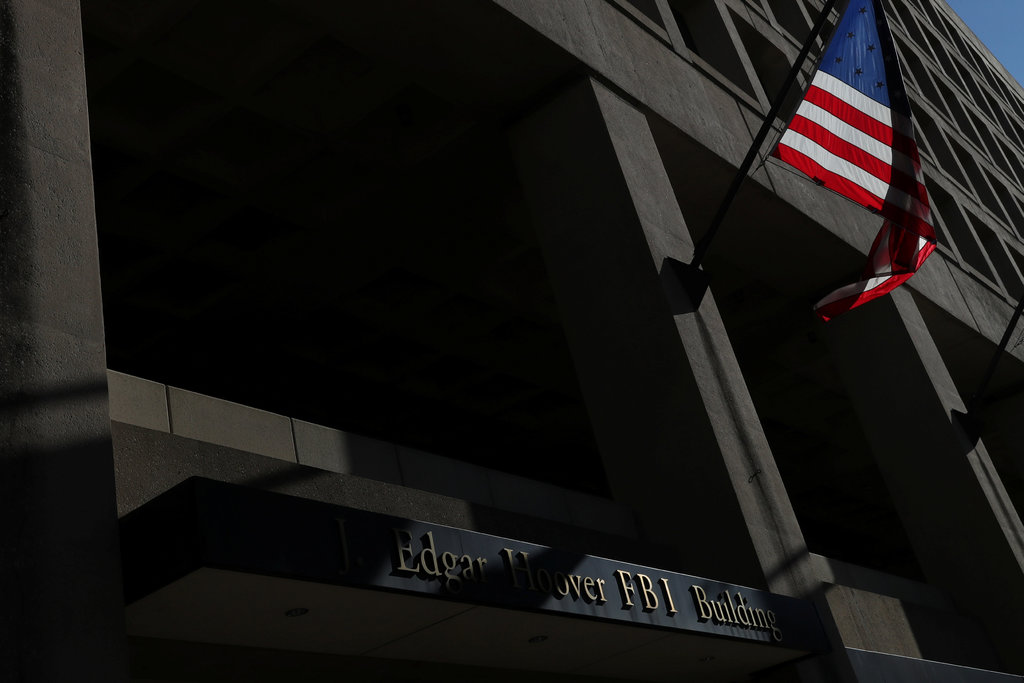 Scrutiny of Russia Investigation Is Said to Be a Review, Not a Criminal Inquiry

The federal prosecutor assigned to the review, John H. Durham, has no subpoena power and cannot compel witnesses to testify.

The federal prosecutor tapped to scrutinize the origins of the Russia investigation is conducting only a review for now and has not opened any criminal inquiry, a person familiar with the matter said on Tuesday.

The distinction means that Mr. Durham for now will not wield the sort of law enforcement powers that come with an open criminal investigation, such as the ability to subpoena documents and compel witnesses to testify. Instead, he will have the authority only to read documents the government has already gathered and to request voluntary witness interviews.

Hmmm… so what does that mean?

That distinction could have political consequences. Earlier on Tuesday, Senator Lindsey Graham, Republican of South Carolina and the chairman of the Judiciary Committee, told reporters he would “pull back” a proposed inquiry by his committee into what Mr. Trump’s allies have portrayed as surveillance abuse because he did not want to get in the way of a criminal investigation by Mr. Durham.

But later on Tuesday, told by a Times reporter that Mr. Durham was for now conducting only a review, Mr. Graham said, “That is completely different.” He said he wanted the inquiry to be run by a prosecutor with the same power as Robert S. Mueller III, the special counsel who scrutinized Trump-Russia links.

Mr. Graham said he was likely to wait for the completion of a review by the department’s independent inspector general, Michael E. Horowitz, which is expected within weeks, to see whether it generated a criminal referral. “If there is not a criminal investigation, then oversight will be different” by his committee, he said.

But the fact that Mr. Durham is conducting only a limited review, not a criminal investigation, also suggests the Justice Department has still not identified sufficient facts to open such an inquiry. The legal standard is whether facts exist that reasonably indicate that a specific crime has been committed.

The Republicans love to shoot first and ask questions later.