1/ Trump landed in England for his first official state visit to the U.K. While still on Air Force One, Trump tweeted that the mayor of London was a "stone cold loser" for being "foolishly 'nasty'" to him. Sadiq Khan wrote an op-ed prior to the visit, calling Trump "one of the most egregious examples of a growing global threat" and suggesting that the state visit be rescinded because Trump's views are "incompatible with British values." After landing, Trump met with Queen Elizabeth II and Prince Charles at Buckingham Palace. Trump later tweeted that the trip was "going really well." (New York Times / Washington Post / CNN / Politico / NBC News / The Guardian)

How Trump’s Mexico tariffs could push the U.S. economy over the edge. 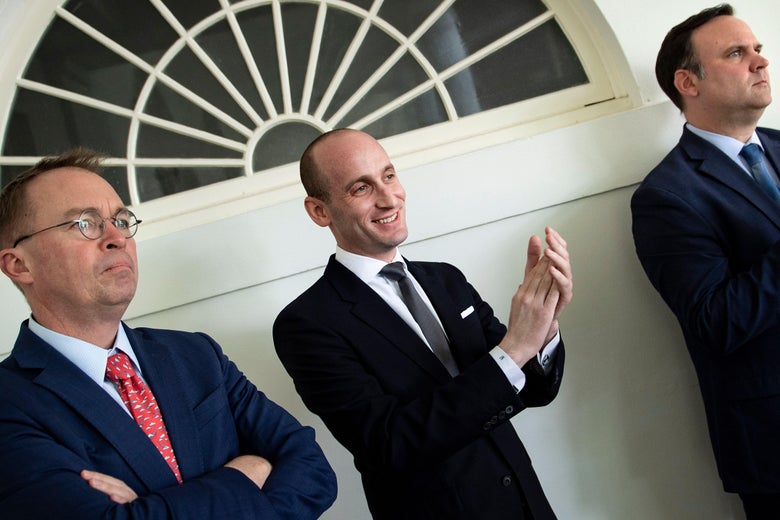 Nobody is happy about Trump’s latest tariff moves, except for his trusty xenophobic adviser.

The immigration hawk with zero trade experience reportedly lobbied for the move.

Only the best people, happy Monday, I guess? George Nader, who became a key witness in the Mueller probe into Trump campaign contacts with Russians, had a previous criminal record of child pornography charges.

George Nader, who had a previous criminal record on such charges, was charged in federal court in Virginia, and is expected to make an initial court appearance in New York.

Nader played an unusual role as a kind of liaison between Trump supporters, Middle East leaders and Russians interested in making contact with the incoming administration in early 2017.

Officials said Nader, 60, was charged by criminal complaint over material he was traveling with when he arrived at Washington-Dulles International Airport on Jan. 17, 2018, from Dubai. At the time, he was carrying a cellphone containing visual depictions of minors engaged in sexually explicit conduct, officials said. The charges were unsealed after his arrest Monday morning at John F. Kennedy International Airport in New York.

McConnell agreeing to open up the security issue about elections…per Sen Schumer today.

Schumer, speaking from the Senate floor, indicated that the Senate GOP leader had agreed to his weeks-long call for all senators to receive a briefing in the wake of special counsel Robert Mueller’s probe into Russian interference in the 2016 election.

“I have some positive news. I have spoken to the Republican leader about that request. He has assured me we will have a briefing,” Schumer said.

He added that he and McConnell were still ironing out the timing of when the Senate briefing would take place but urged the GOP leader to hold it within weeks — before the Senate’s current work period runs out at the end of June.

Mueller’s report to try to move election security through the Senate, but have run into high-profile opposition from McConnell and Senate Rules Committee Chairman Roy Blunt (R-Mo.).

Supporters argue that new legislation is needed to help bolster election infrastructure in the wake of Russia’s actions, and as lawmakers debate how to safeguard the 2020 White House and congressional elections.

Schumer argued on Monday that the closed-door briefing needed to take place in June to give lawmakers enough time to clear legislation at least a year before the 2020 election.

“The Senate should be briefed by our intelligence and law enforcement chiefs about the threat of election interference in the 2020 election so we can all be aware of the danger that FBI Director [Christopher] Wray has already pointed out,” Schumer said.

He added that he hoped the briefing would make lawmakers "see the danger and act.

Senate Minority Leader Charles Schumer (D-N.Y.) said the Senate will get an election security briefing, after weeks of public clamoring for Majority Leader Mitch McConnell (R-Ky.) to agree to the demand. &

Breakdown of the Dept of Transportation head Elaine Chao (wife of McConnell) has been securing deals for her family business. More swamp…

This is mandatory reading on how the Sec’y of Transportation, Elaine Chao tried to use her taxpayer dollar funded position to promote her family’s int’l shipping company. The family business has funneled millions to Chao, husband Mitch McConnell (!) & his campaigns. https://t.co/mvYaRYS66f

THREAD: DOT officials sent hundreds of emails and spent months planning a trip to China for ELAINE CHAO. They even designed a logo for the luggage Elaine Chao took a particular interest in picking out gifts for officials she would meet in China pic.twitter.com/8krTkNvX4H

THREAD: DOT officials sent hundreds of emails and spent months planning a trip to China for ELAINE CHAO. They even designed a logo for the luggage Elaine Chao took a particular interest in picking out gifts for officials she would meet in China
4 Likes
Windthin (David Bythewood) June 4, 2019, 4:02pm #6

As commercial renters flee, Trump keeps spending $37,500 a month in campaign funds at his own building — even though much of the Republican Party’s leased space in Virginia is going unused. 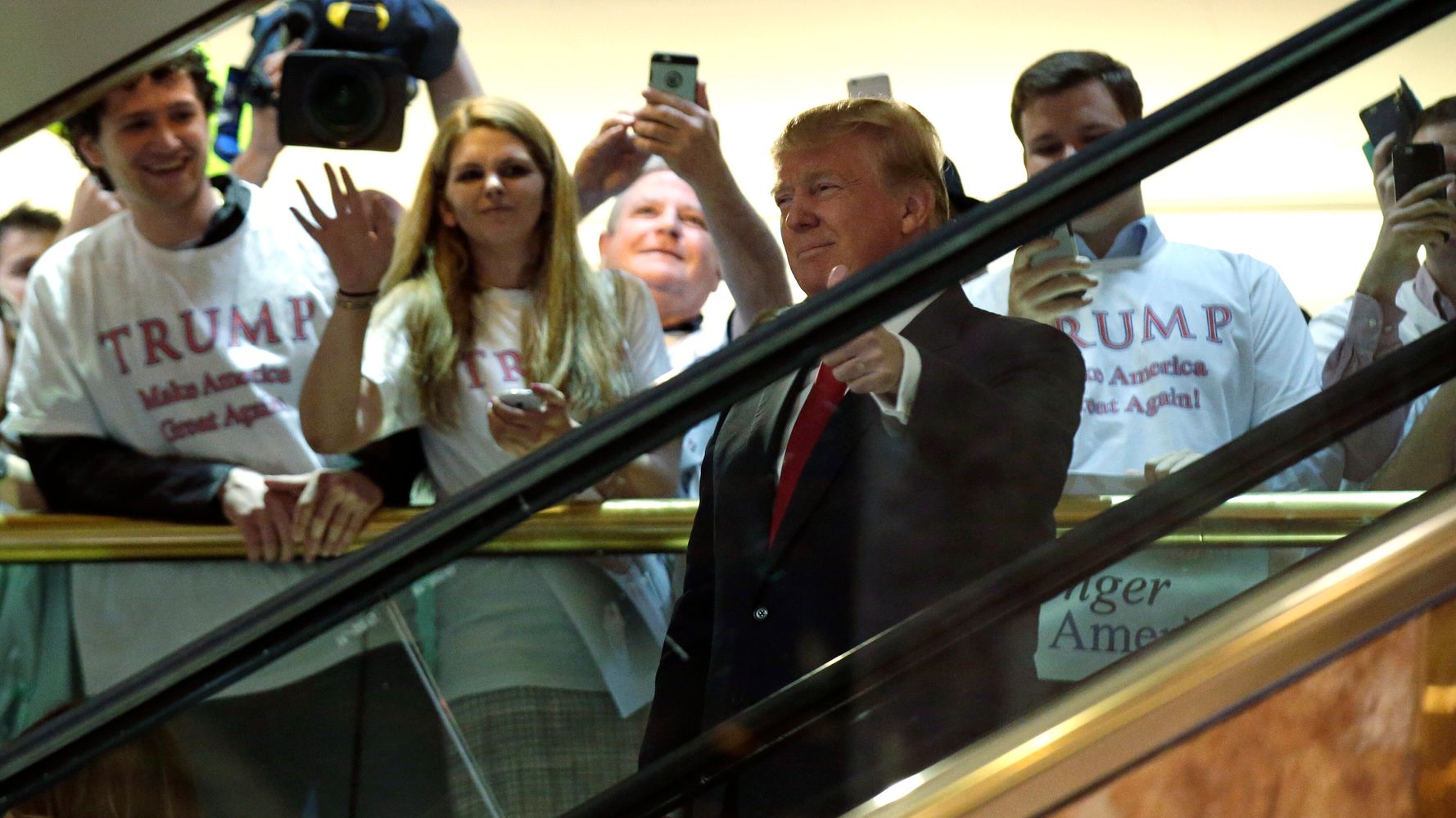 As commercial renters flee, Trump keeps spending $37,500 a month in campaign funds at his own building — even though much of the Republican Party’s lease... As Tenants Hightail It From Trump Tower, Campaign Money Used To Fill The Gap

Trump Tower, the President’s Manhattan property, has been hemorrhaging tenants and money since its namesake took office — so now... 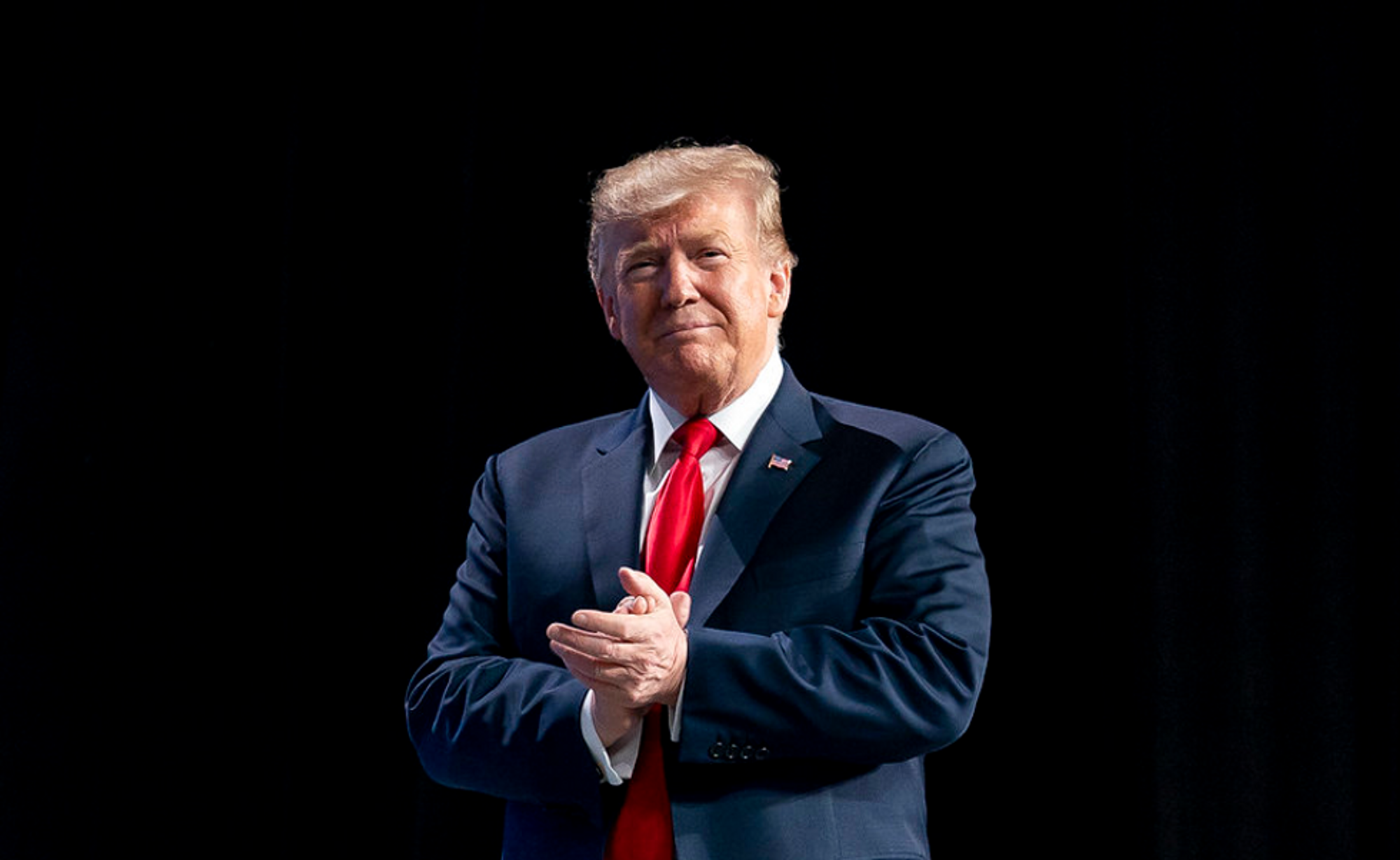 President Donald Trump's re-election campaign is spending a hefty sum of money to rent space in his own Manhattan building, the HuffPost reported Monday, but it's not clear if there's any real reason for the expenditure — other than to line the...

And here are some interesting companion articles:

Trump Has Now Shifted $1.3 Million Of Campaign-Donor Money Into His Business 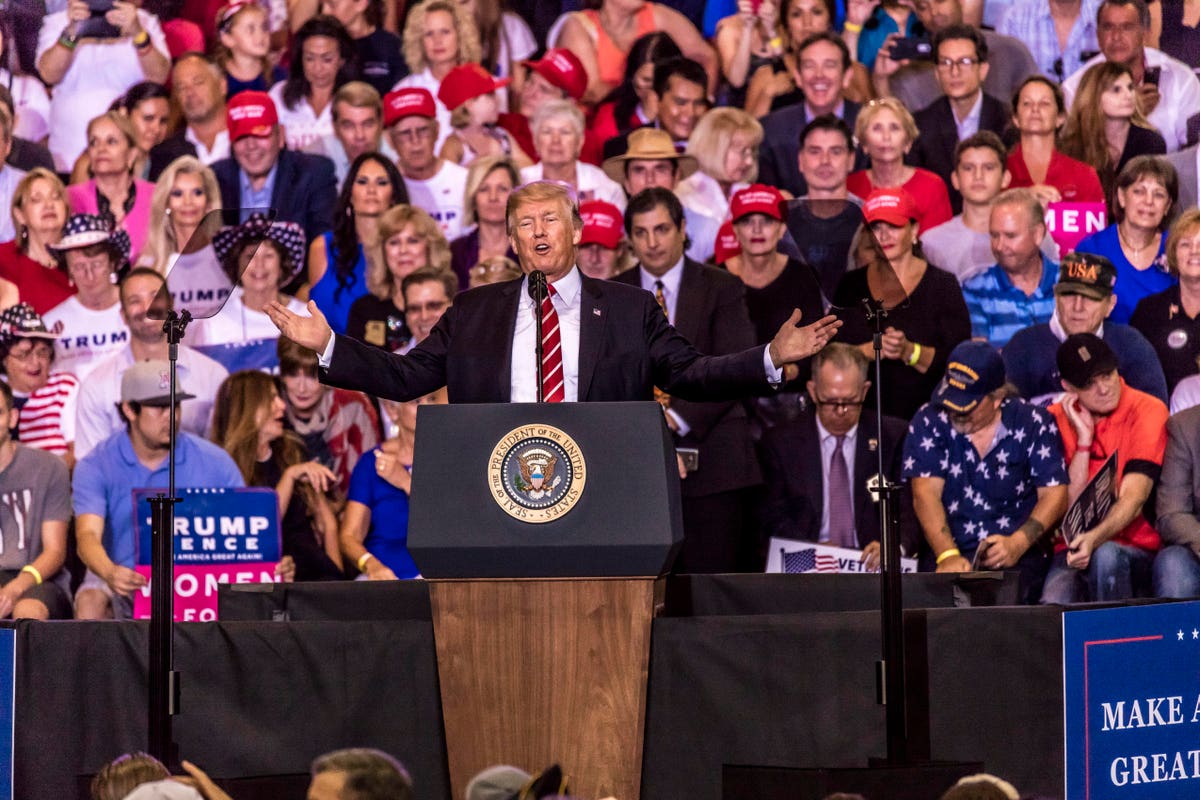 Trump Has Shifted $1.3 Million Of Campaign-Donor Money Into His Business

Donald Trump has charged his own reelection campaign $1.3 million for rent, food, lodging and other expenses since taking office, according to a Forbes analysis of the latest campaign filings. 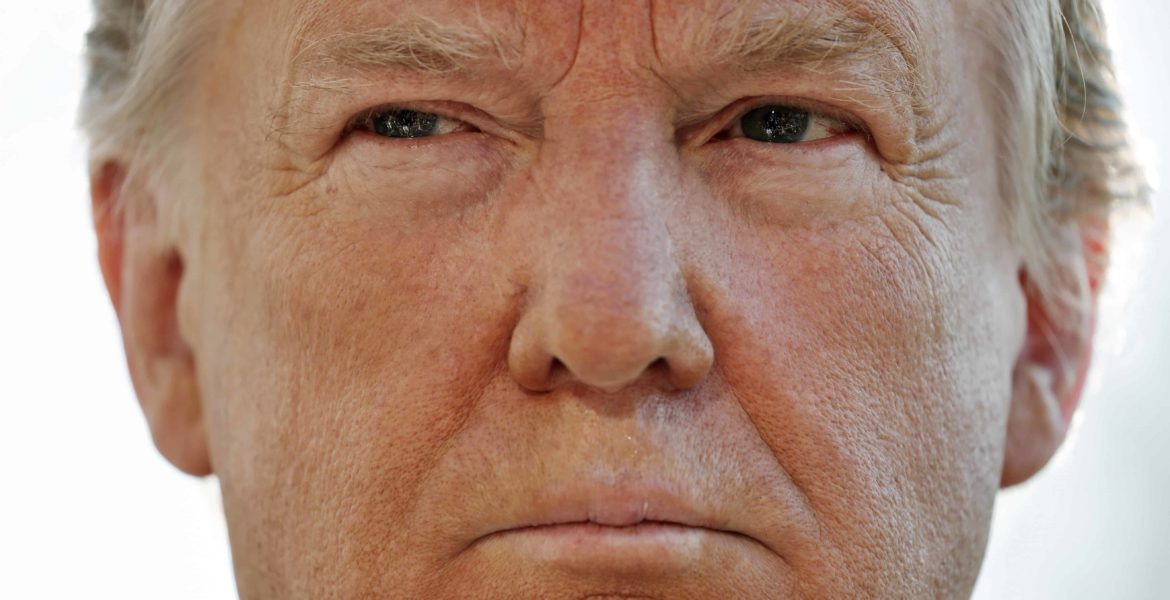 There was a bunch of fallout from the Kushner interview that I didn’t feel was necessary to outline in the post. But, here’s the links I found on the subject:

Kushner said he’s still waiting for results of a U.S. investigation to assign blame, even though the CIA reportedly determined with a high degree of confidence that MBS ordered the murder, and the U.S. Senate unanimously declared that he was responsible. 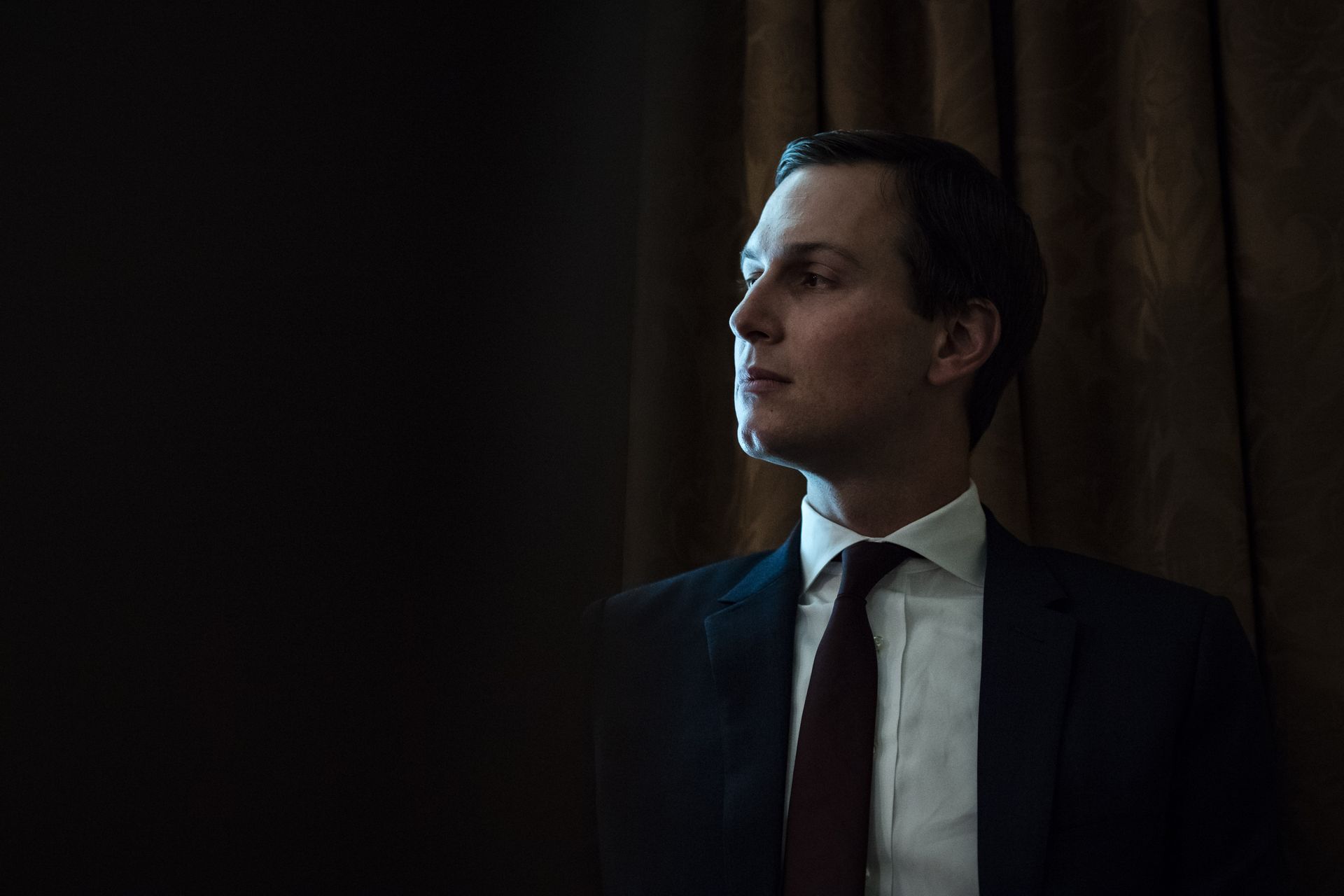 In an exclusive interview, Kushner was noncommital about whether the Saudi crown prince must account for Jamal Khashoggi's body.

Donald Trump’s son-in-law and senior adviser Jared Kushner said in an interview that the Palestinians aren’t yet able to govern themselves and declined to promise them an independent state in the White House’s long-awaited Mideast peace plan. 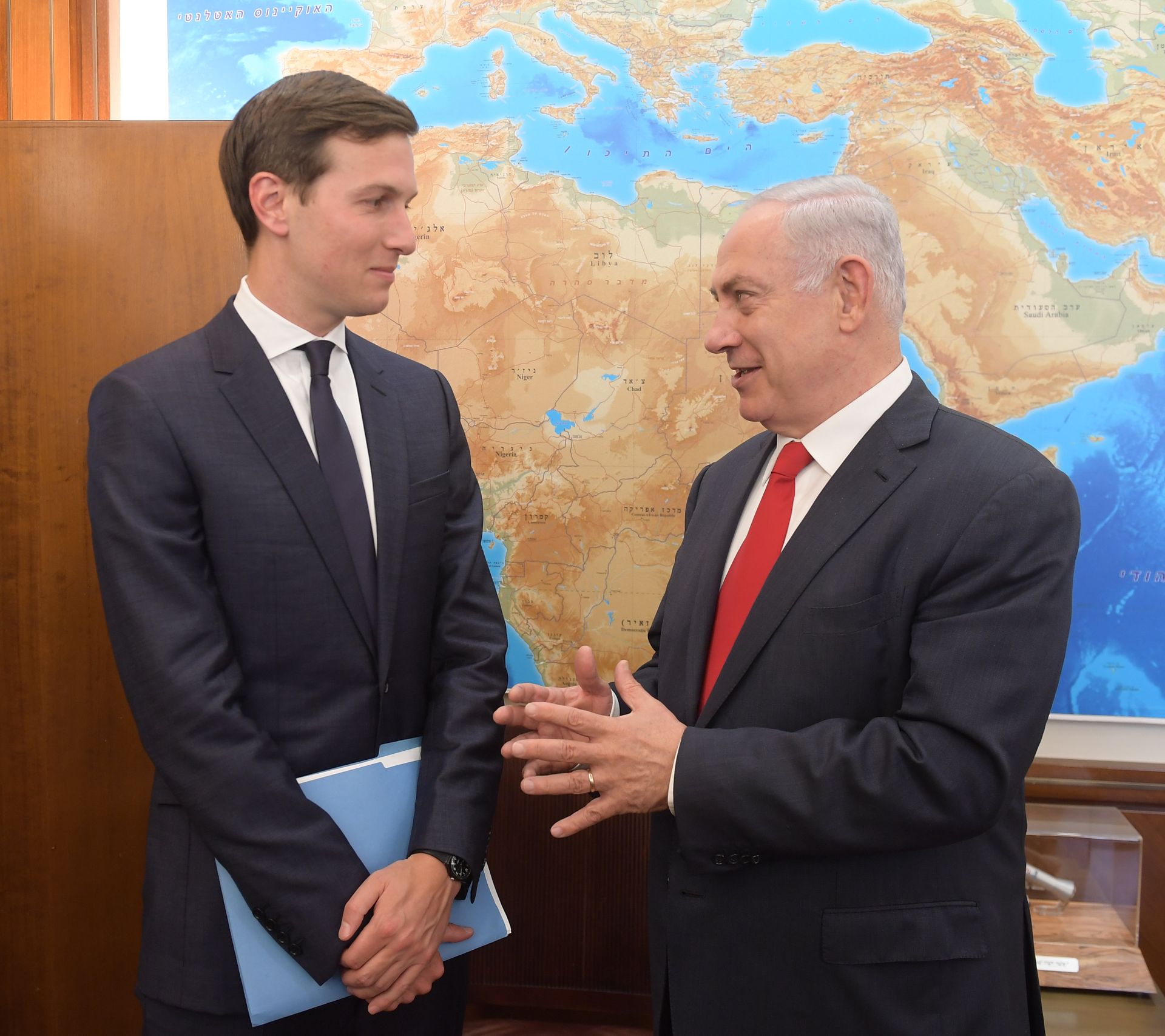 Jared Kushner uncertain Palestinians are capable of governing themselves

Kushner is sure that his father-in-law, President Donald J. Trump, is not a racist

Kushner was given multiple chances to weigh in on whether the birther campaign that questioned whether Barack Obama was born in the United States — a campaign that Trump led — was a racist one. And Kushner’s answer was decidedly not “No.”

Analysis | Kushner was pressed on whether Trump’s birtherism was racist. His...

Kushner insists Trump isn't racist. But was the thing that launched the president's political career? Kushner's non-answers were telling. ‘I wasn’t involved in that’: Kushner is mum on Trump’s birther conspiracy theory

In a wide-ranging interview with "Axios on HBO," Trump's son-in-law and senior adviser also questioned whether the Palestinians were capable of governing themselves.

Kushner, the grandson of refugees who fled to America to escape the Holocaust, defended President Trump’s decision to slash the number of refugees allowed into the U.S. 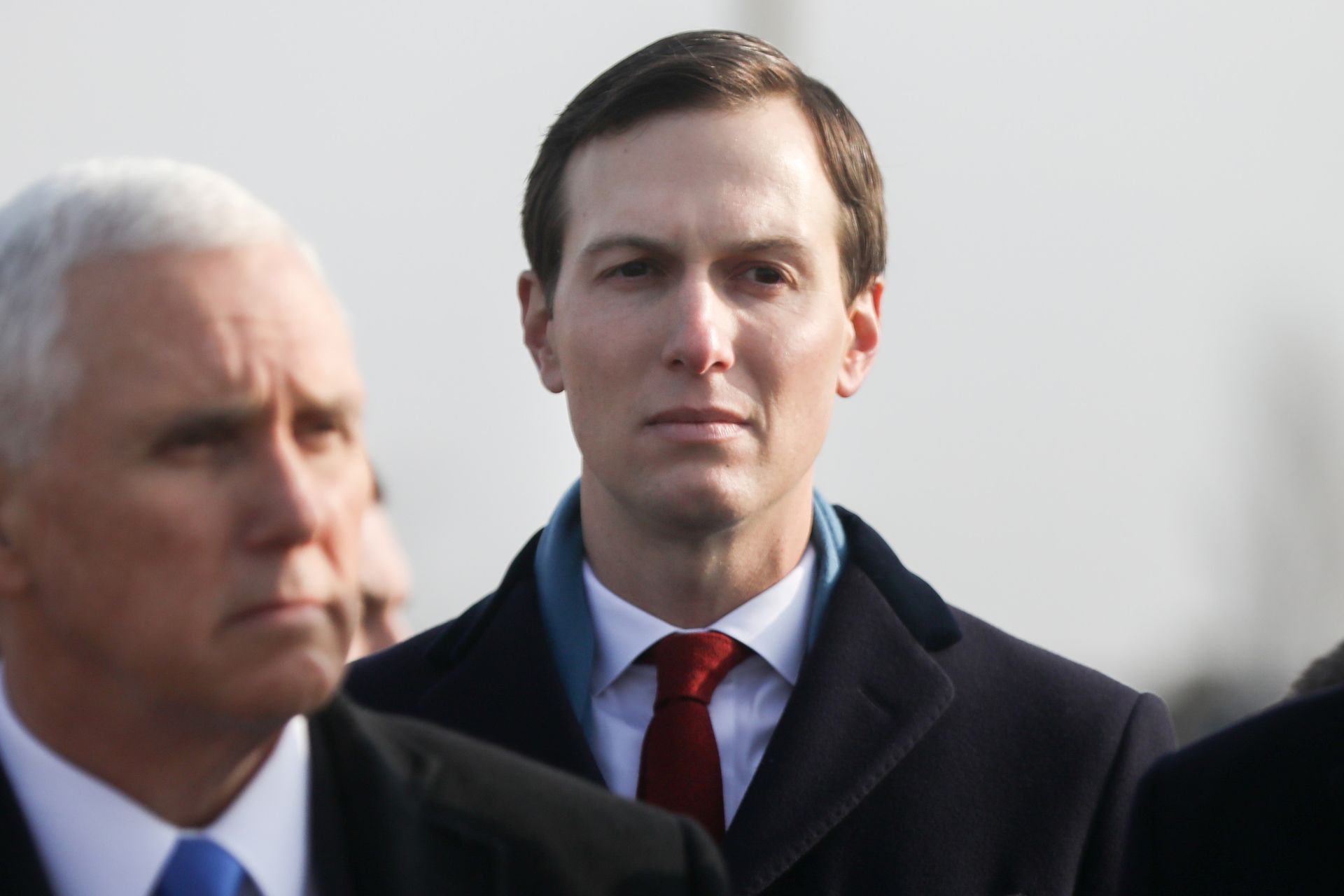 “You can’t have all of them come into your country," he said. 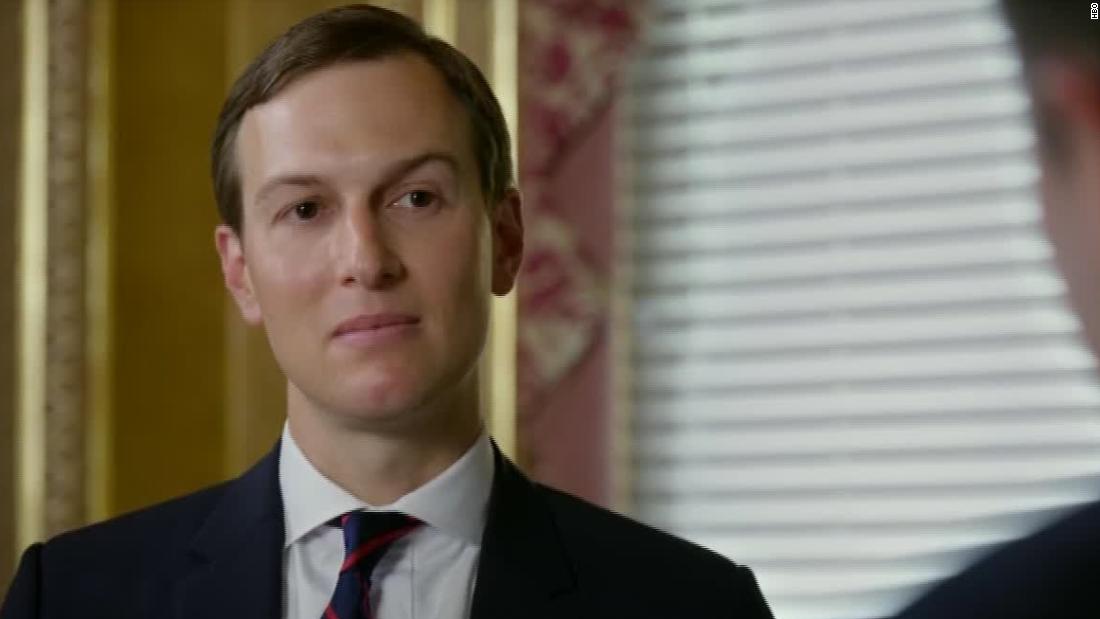 The 29 most eyebrow-raising lines from Jared Kushner's Axios interview

First son-in-law (and White House senior adviser) Jared Kushner sat down with Axios in a contentious interview that ran Sunday night on HBO.