1/ Mexico proposed sending about 6,000 National Guard troops to the country's border with Guatemala to help stem migration as part of a deal to avoid Trump's tariffs. Mexico and Guatemala also agreed to consider significant changes in asylum laws in the region, allowing the U.S. to reject requests for protection from many people fleeing persecution. The arrangement being discussed would require migrants to seek asylum in the first safe country they enter. Trump threatened to charge a 5% tariff on all Mexican goods starting Monday unless the country reduces the flow of migrants streaming to the U.S. border. The U.S., however, is considering delaying the tariffs as talks continue and Mexican negotiators have made clear that they will pull their offers if Trump imposes the tariffs. (Washington Post / New York Times / Bloomberg / Politico)

This is a companion discussion topic for the original entry at https://whatthefuckjusthappenedtoday.com/2019/06/06/day-868/
4 Likes
The Impeachment of President Donald J. Trump
Windthin (David Bythewood) June 7, 2019, 2:09am #2

I have said it before. I am saying it again. Oh lordy… 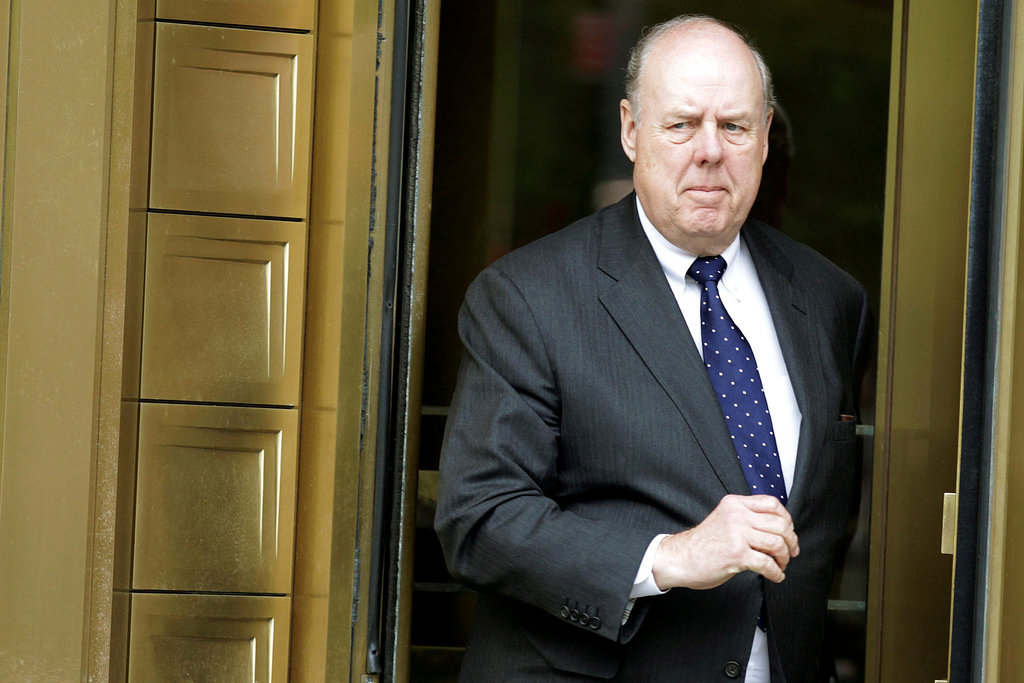 Listen to Trump’s Lawyer Make Appeal After Flynn Agreed to Cooperate With...

The voice mail message reveals how the president’s former lawyer John Dowd broached the prospect of a pardon for the former national security adviser. 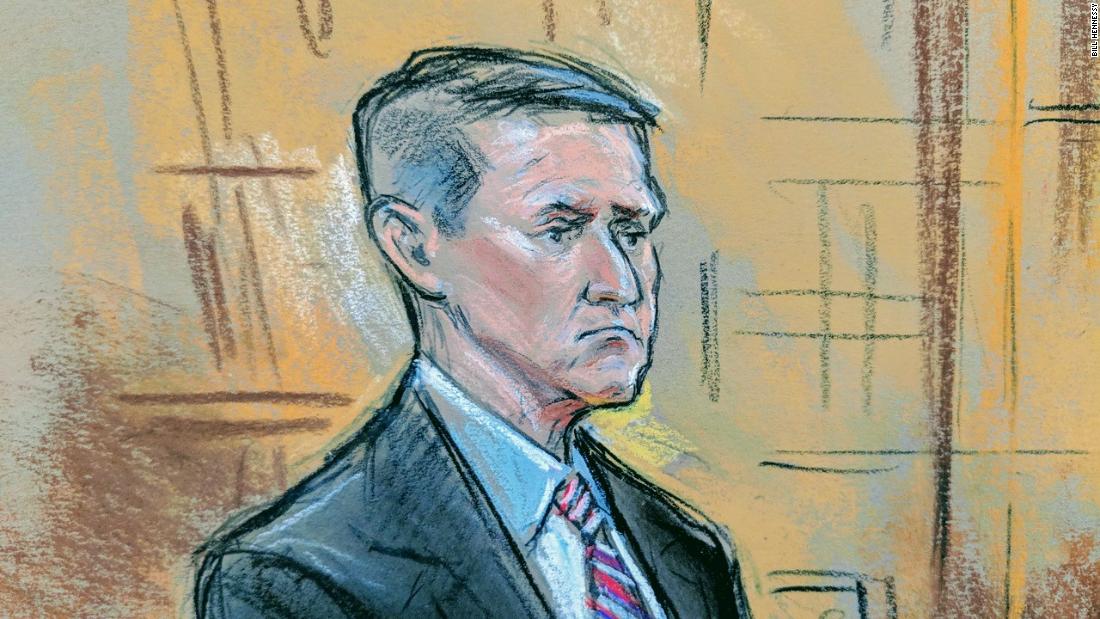 President Donald Trump's first national security adviser, Michael Flynn, has fired his lawyers who arranged a 2017 plea deal that helped set the tone for others to cooperate with special counsel Robert Mueller's investigation.

NEW: We got leaked documents detailing 1,200+ different stays at @realDonaldTrump’s hotel. Here’s the guest who stayed the longest: a sheikh who wants to be president of Iraq, and who wants the U.S. to strike Iran.
He spent 26 nights in a suite.

NEW: We got leaked documents detailing 1,200+ different stays at @realDonaldTrump's hotel. Here's the guest who stayed the longest: a sheikh who wants to be president of Iraq, and who wants the U.S. to strike Iran. He spent 26 nights in a suite. https://t.co/d4qF2xTE8t
3 Likes
Windthin (David Bythewood) June 8, 2019, 9:28pm #4

A bit of commentary on this one. There are three possibilities:

Impossible to know which yet. But I am worried.

In a tweet Friday, the president said the U.S. had reached a deal with Mexico that will avoid tariffs on Mexican goods. In a tweet Friday, the president said the U.S. had reached a deal with Mexico that will avoid tariffs on Mexican goods.

EDIT: Senator Chris Murphy is thankfully confirming that it’s all a bluff; Congress was preparing to nullify him, Mexico knew and made empty promises to do things they are already doing, and Trump is spinning it. Wow. 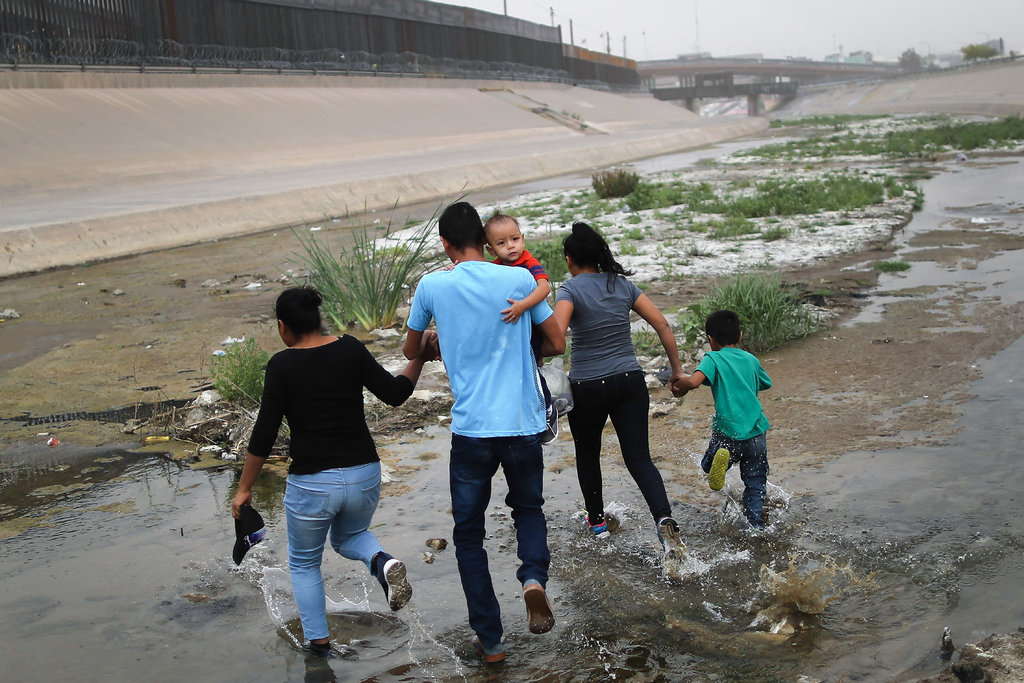 President Trump announced an agreement just before punishing tariffs went into effect, but it was unclear whether he saw it as truly new concessions or a face-saving way to defuse his tariff threat. 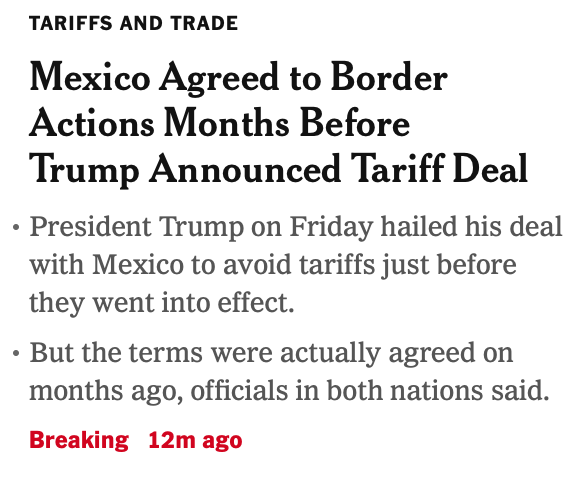 OR, the whole Mexico tariff thing is just news-jamming, trying to divert attention to himself. Like Kim, like China, like Poland, on and on.
All written on water.