1/ The White House will review and decide what evidence from Robert Mueller's report the House Judiciary Committee gets to see. The Trump administration will work with the Justice Department and is expected to assert executive privilege to limit the documents the committee has access to. (Daily Beast) 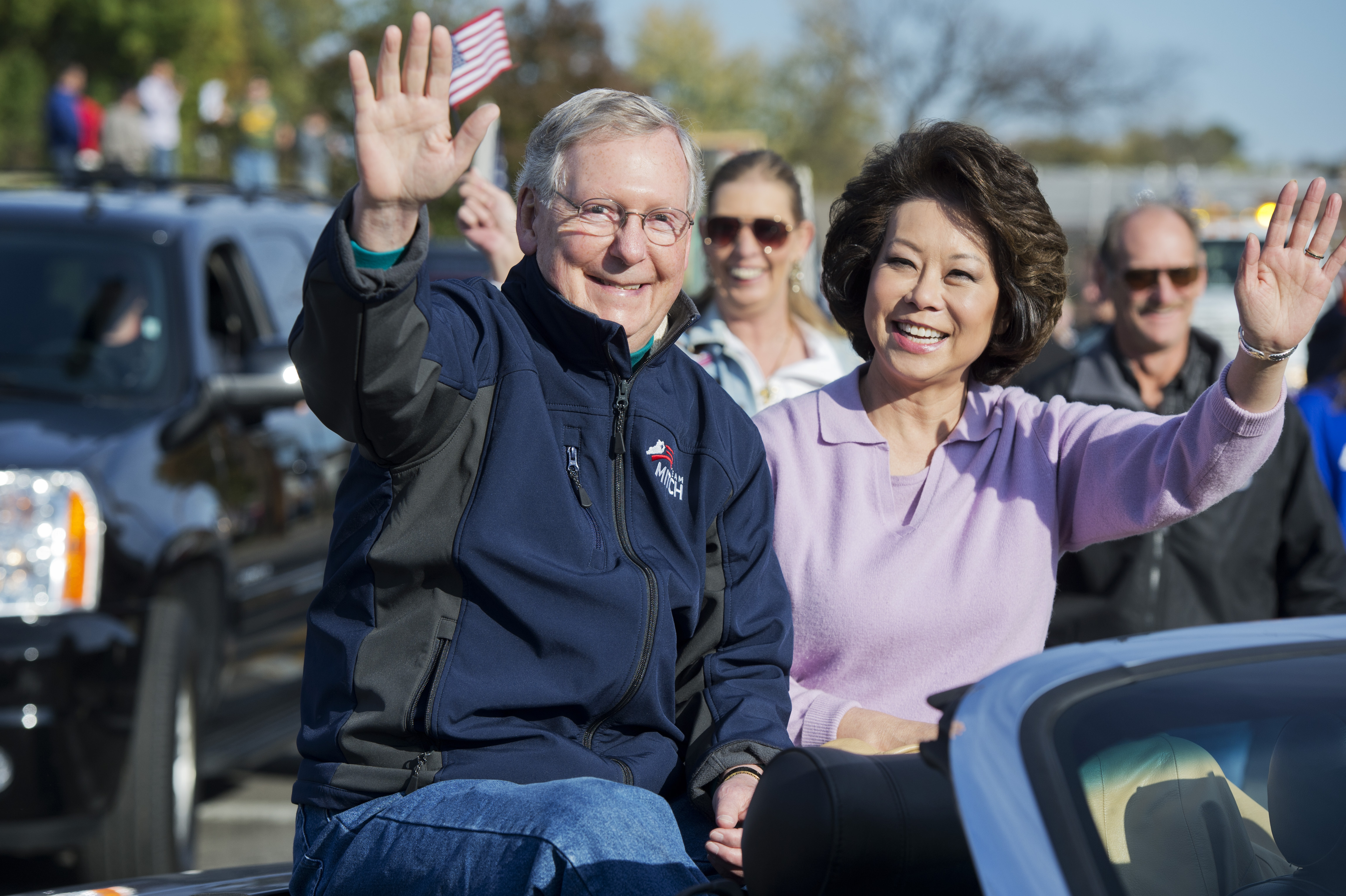 Here’s another case of unabashed corruption at the very highest levels of the Republican party. It’s astounding how openly Elaine Chao abused the power of her position as head of the Transportation Department. She steered $78 million in grants to benefit Kentucky, the state her husband, Mitch McConnell, represents. She thus gave a huge boost to his chances for re-election. Did Kentucky win those federal dollars because that was the best thing for the nation or was it the best thing for Chao’s husband?

The Transportation Department under Secretary Elaine Chao designated a special liaison to help with grant applications and other priorities from her husband Mitch McConnell’s state of Kentucky, paving the way for grants totaling at least $78 million for favored projects as McConnell prepared to campaign for reelection.

Chao’s aide Todd Inman, who stated in an email to McConnell’s Senate office that Chao had personally asked him to serve as an intermediary, helped advise the senator and local Kentucky officials on grants with special significance for McConnell — including a highway-improvement project in a McConnell political stronghold that had been twice rejected for previous grant applications. …

And here’s Rachel Maddow’s take on the Politico report. She does a great job a laying out how clearly corrupt Chao’s actions have been. Breaking down the text (that we can see).

Remember that “groundbreaking” agreement that Trump signed with North Korea that was going to win him a Nobel Prize that then turned out to be nothing at all? Well, here we go again.

Is it just me or does anyone else feel like we’re trapped in an endless-loop, Kafkaesque version of ratings sweep week on The Apprentice?

President Trump has claimed for two days that he secured a secret immigration deal with Mexico — beyond the one announced Friday. But the White House has declined to disclose any details, and Mexico has denied it. Confronted with understandable skepticism that such a deal exists, Trump produced a folded piece of paper from his breast pocket Tuesday.

And a particularly good photographer, The Washington Post’s Jabin Botsford, snapped an image that reveals some of the document’s contents. That image allows us to glean some clues. …

It’s hard to summarize their findings so I’ll just leave it to anyone who is interested to skim the article. Trust me, this whole “Secret Agreement with Mexico” thing is just another giant helping of word salad from Trump.

we’re trapped in an endless-loop, Kafkaesque version of ratings sweep week on The Apprentice?

All he cares about is how it plays on air, how he looks and doesn’t he command the power-look…no substance, just another zinger that is as you say ‘groundbreaking’ and it’s really a big zero.

Double posting because oh my god

we’re trapped in an endless-loop, Kafkaesque version of ratings sweep week on The Apprentice?

I was gonna say…