1/ The Supreme Court ruled that criminal defendants may be prosecuted for the same offenses in both federal and state court without running afoul to the Constitution's double jeopardy clause. The ruling could impact Trump's pardon power – which only extends only to federal crimes – by leaving people he pardons subject to state prosecutions. Paul Manafort, for example, is facing charges in New York similar to the federal charges for which he has been tried. A presidential pardon could free Manafort from federal prison, but it would not protect him from being prosecuted in New York. (New York Times / NBC News / CNN / USA Today)

2/ U.S. Cyber Command hacked and deployed malware inside Russia’s power grid that could be used for surveillance or attack – without Trump’s knowledge .

‍♀Want to dig deeper? Lawfare has a great analysis piece on what this means from a policy perspective.

A blockbuster article by David Sanger and Nicole Perlroth in the New York Times reports U.S. Cyber Command operations to hold at-risk at least some aspects of the electric power grid in Russia. The story raises a host of legal and policy questions. 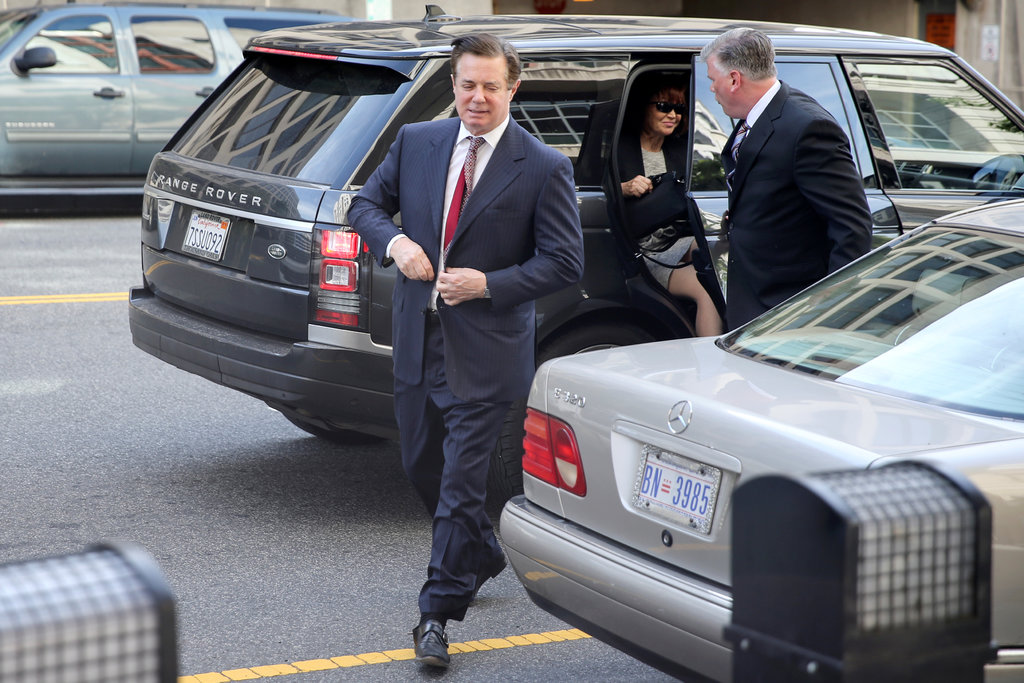 The decision came after Attorney General William Barr’s top deputy sent a letter to state prosecutors. Mr. Manafort will now be held in a federal lockup while he faces state charges.

Paul J. Manafort, President Trump’s former campaign chairman who is serving a federal prison sentence, had been expected to be transferred to the notorious Rikers Island jail complex this month to await trial on a separate state case.

But last week, Manhattan prosecutors were surprised to receive a letter from the second-highest law enforcement official in the country inquiring about Mr. Manafort’s case. The letter, from Jeffrey A. Rosen, Attorney General William P. Barr’s new top deputy, indicated that he was monitoring where Mr. Manafort would be held in New York.

And then, on Monday, federal prison officials weighed in, telling the Manhattan district attorney’s office that Mr. Manafort, 70, would not be going to Rikers.

Instead, he will await his trial at a federal lockup in Manhattan or at the Pennsylvania federal prison where he is serving a seven-and-a-half-year sentence for wide-ranging financial schemes, according to people with knowledge of the matter.

I’m too tired for this one. Acting Defense Secretary Shanahan and his then-wife each told police they had been hit by the other. He denies striking her.

The FBI has been examining a violent domestic dispute from nine years ago between acting Defense Secretary Patrick Shanahan and his then-wife as part of a background investigation ahead of his possible confirmation hearing to be President Trump’s permanent defense chief.

Both Shanahan and Jordinson acknowledged in court filings and police reports that a late-night argument on Aug. 28, 2010, after both had been drinking, spilled from their bedroom to the front yard of their Seattle home. The incident escalated into a clash that police said left him with a bloodied nose and hand and her with a blood-stained forearm. But their accounts diverged on who was to blame, as well as the claim Jordinson reported to officers and later outlined in divorce papers: that Shanahan punched her in the stomach.

Shanahan denied hitting her and told police that she was the aggressor and that she had punched him “10 to 20 times,” according to police records obtained by USA TODAY. Officers – noting in part that Jordinson’s bloody forearm appeared consistent with her having attacked her husband – arrested Jordinson on suspicion of domestic violence. Prosecutors later dropped the charge, citing a lack of evidence.

The competing accounts of the fight are outlined in hundreds of pages of court files and police records, as well as police photographs, audio recordings and an interview with USA TODAY in which Shanahan’s former wife reiterated her accusations.

Update: Trump announced on twitter that Shanahan has withdrawn from his nomination.

Acting Secretary of Defense Patrick Shanahan, who has done a wonderful job, has decided not to go forward with his confirmation process so that he can devote more time to his family....

When your friend catches you talking some bullshit. pic.twitter.com/OgQpWXoOKu

....I thank Pat for his outstanding service and will be naming Secretary of the Army, Mark Esper, to be the new Acting Secretary of Defense. I know Mark, and have no doubt he will do a fantastic job!
2 Likes
dragonfly9 June 18, 2019, 9:07pm #7

A new lawsuit filed on Tuesday alleges that Secretary of State Mike Pompeo broke the law by allowing President Donald Trump to seize the notes from a key meeting with Russian President Vladimir Putin and failing to take any steps to preserve records of their other face-to-face meetings.

“President Trump has taken unusual, and in some cases extreme, measures to conceal the details of these meetings, not only from the public at large, but also from key members of his administration,” the filing says. As a result, there is a “total absence” of a detailed record of Trump’s five in-person interactions with Putin over the last two years, even in classified files, the filing says.

This announcement prompted Kristallnacht to trend on Twitter. I can see why. This would be a massively grotesque undertaking and, given their past track record, is bound to result in unprecedented levels of bloodshed, confusion, and human rights violations against immigrants, their families, their friends and neighbors, and even those that this regime will undoubtedly catch in their chaos by accident (there are already numerous documented cases of American citizens being detained for months at a time for deportation). 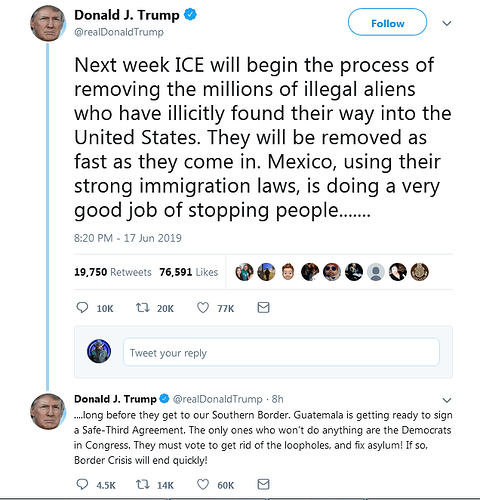 Kirstjen Nielsen and other top officials blocked the plan, which would have targeted thousands for deportation. Now, those officials are gone.

Kirstjen Nielsen and other top officials blocked the plan, which would have targeted thousands for deportation. Now, those officials are gone.