1/ Robert Mueller agreed to testify before the House Intelligence and Judiciary Committees in back-to-back public hearings on July 17th about his investigation into Russia's election interference and possible obstruction of justice by Trump. The announcement came after the two panels issued a subpoena compelling Mueller's testimony. Mueller previously said he did not want to testify and his report should serve as his testimony. Members of Mueller's team will also participate in a closed-door session with lawmakers. (NBC News / Washington Post / New York Times / Politico / ABC News / CNN)

This has passed…it is a bi-partisan bill. It is not the Democrats bill coming from the house…but it does provide immediate funding. 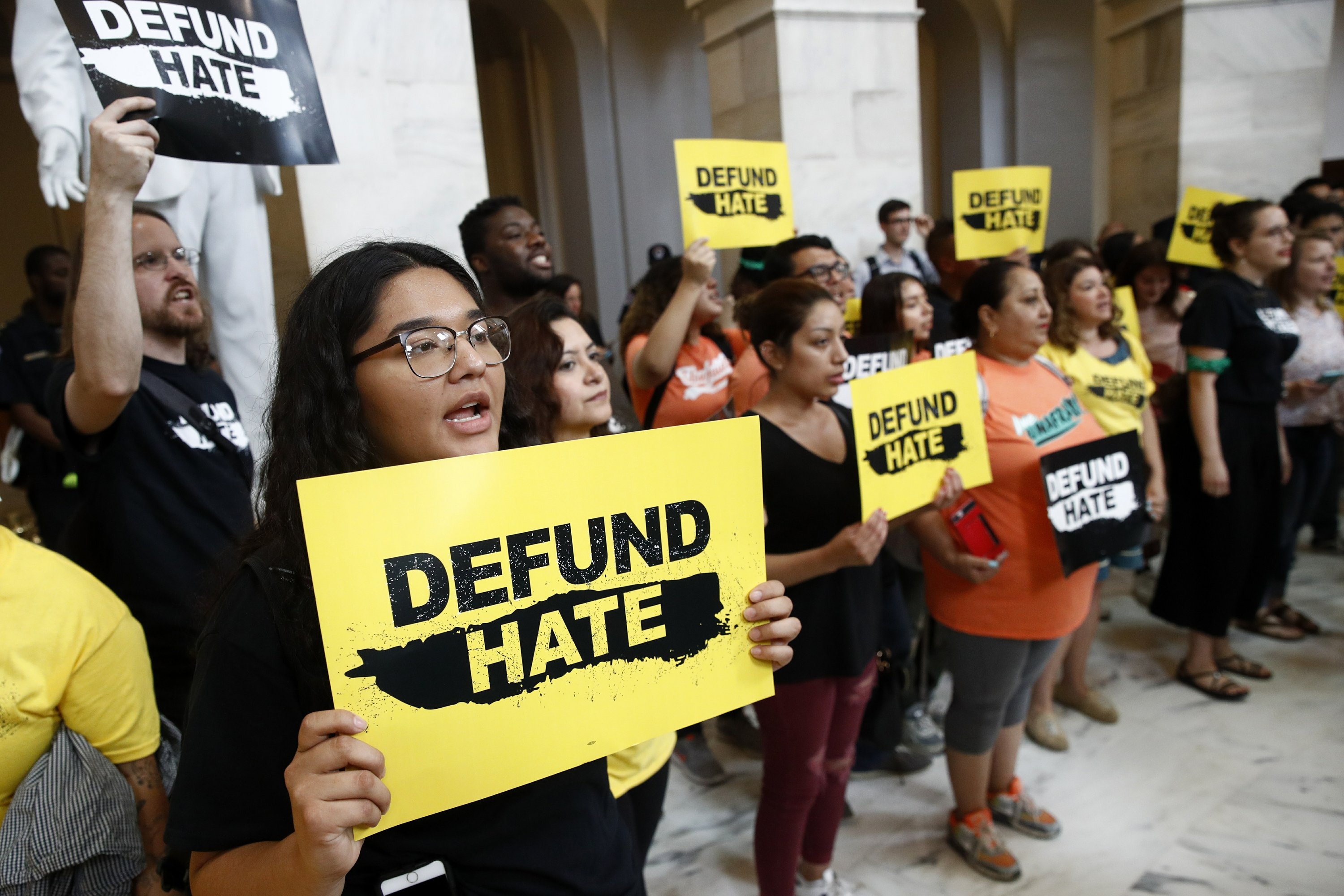 The Latest: Dems to propose changes to Senate border bill

The Senate has approved bipartisan legislation providing $4.6 billion to care for thousands of migrants streaming into the U.S. across the Mexican border.

The measure resembles a package Democrats already pushed through the House with scant Republican support. The House bill has more constraints than the Senate version on how the Trump administration would use the money, leaving the next step unclear.

Targeting federal spending at properties owned by Trump, the House passed legislation that would bar the White House and other federal entities from doing business with Trump-affiliated establishments. https://t.co/vAORjvqt3a

The NRA has struggled under both scrutiny from the outside for its connections to Russia’s interference in American politics and from internal divisions over its leadership and its finances.

He cited costs, return on investment and the direction of the content.

LaPierre also blamed Ackerman McQueen, the Oklahoma-based advertising firm overseeing television production. Despite a decades-long relationship between Ackerman McQueen and the NRA, allegations of financial impropriety have led to a contentious legal dispute.

Chris Cox, the NRA’s top lobbyist in Washington, D.C., resigned after nearly 25 years, multiple sources told NPR. As the head of the NRA’s lobbying arm, he was considered one of the most powerful figures in the capital.

Cox has worked at the organization since 1995, and has been the NRA’s top lobbyist since 2002.

He had been suspended after being accused of contributing to the effort to oust LaPierre, an allegation he denies. Friedman, the board member, said he was surprised to learn that Cox had quit.

Under LaPierre, the gun rights group is facing allegations of financial misconduct. LaPierre countered that people inside the NRA and Ackerman were trying to oust him.

Rep. Brad Schneider, D-Ill. a member of the House Ways and Means Committee, told NPR that he was launching an investigation into whether wrongdoing has occurred and “whether these activities warrant reconsideration of the NRA’s tax-exempt status.”

He sent a letter to LaPierre on Wednesday afternoon demanding financial documents and correspondence related to LaPierre’s claim that former NRA president Oliver North tried to force him to resign, among other items.

At least three congressional committees are investigating the NRA, in addition to a probe launched by New York Attorney General Letitia James. 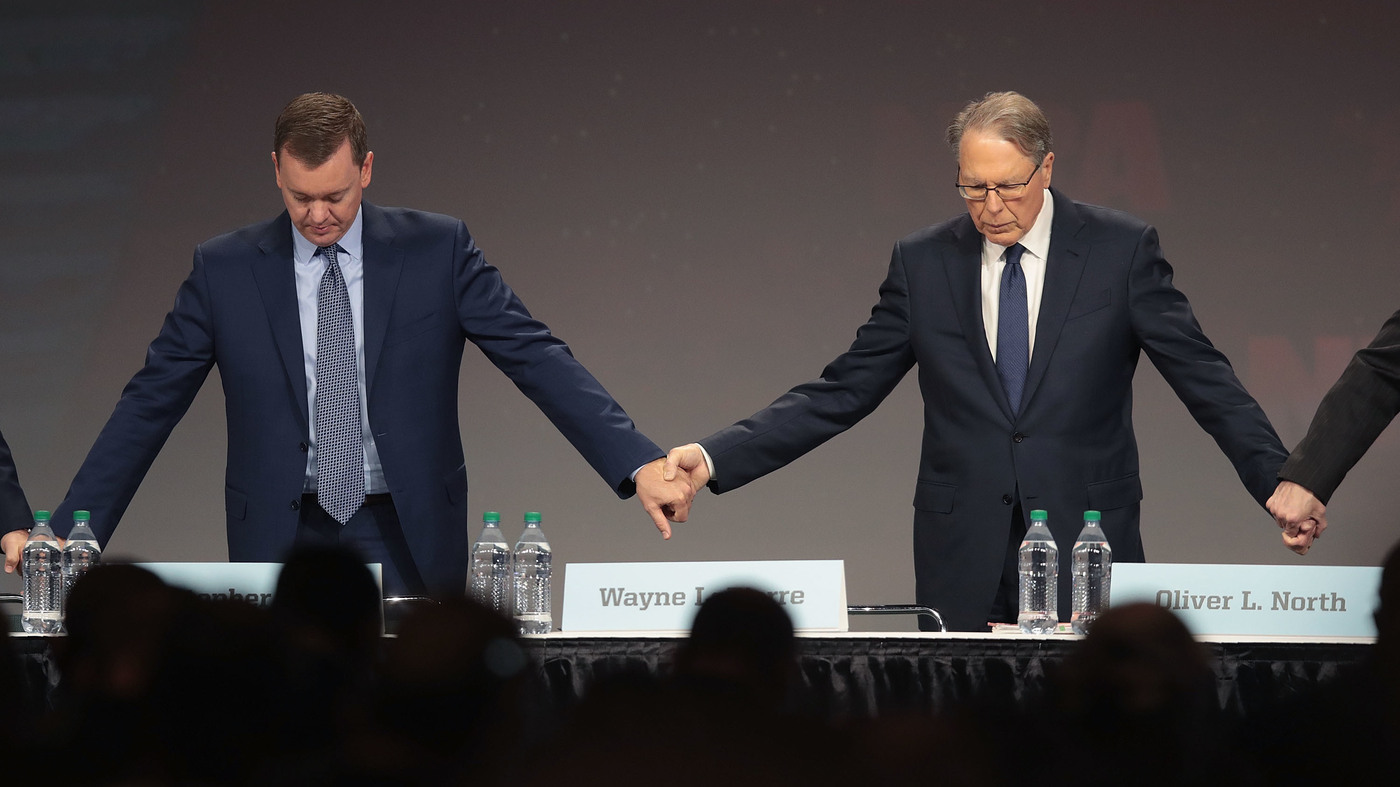 In a confusing day for America, John Roberts stuck down the racist census question BUT allowed GOP gerrymandering to continue unabated.

#SCOTUS rules that partisan-gerrymandering challenges to electoral maps are political questions that are not reviewable in federal court, dismissing challenges by Dem. voters to NC congressional map drawn by Rep. officials and by Rep. voters to 1 district drawn by Dems in Md.

Breaking from NBC's Pete Williams on @MSNBC: John Roberts joins the court's liberals in a 5-4 ruling on the census question: "At this point, the government does not have authority to put this question on the census form." This is a defeat for the Trump admin, Williams says.

From Kagan’s dissent on the Gerrymandering: 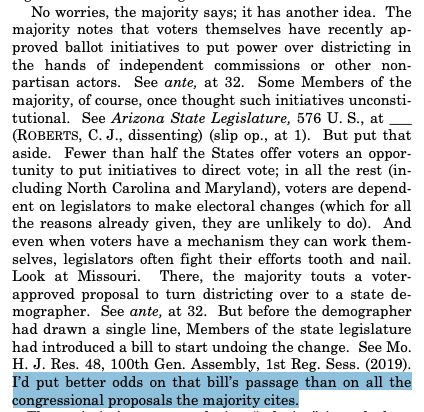