1/ The White House abruptly reversed course on the number of refugees it will allow into the U.S. On Friday, the administration said it would keep Trump’s historically low refugee admissions target at 15,000, walking back Biden’s pledge to lift the cap to 62,500 this year and push it to 125,000 for the fiscal year that starts Oct. 1. Democratic leaders called the administration’s admissions target “unacceptable” and hours later the White House said it would increase the cap on refugee admissions for the rest of this fiscal year by May 15. White House press secretary Jen Psaki said that Biden would set the final cap and expects that it will be higher than Trump’s ceiling, but is “unlikely” to rise to the 62,500 that Biden had promised in February. (Washington Post / CNN / New York Times / Wall Street Journal)

Guilty on all three counts 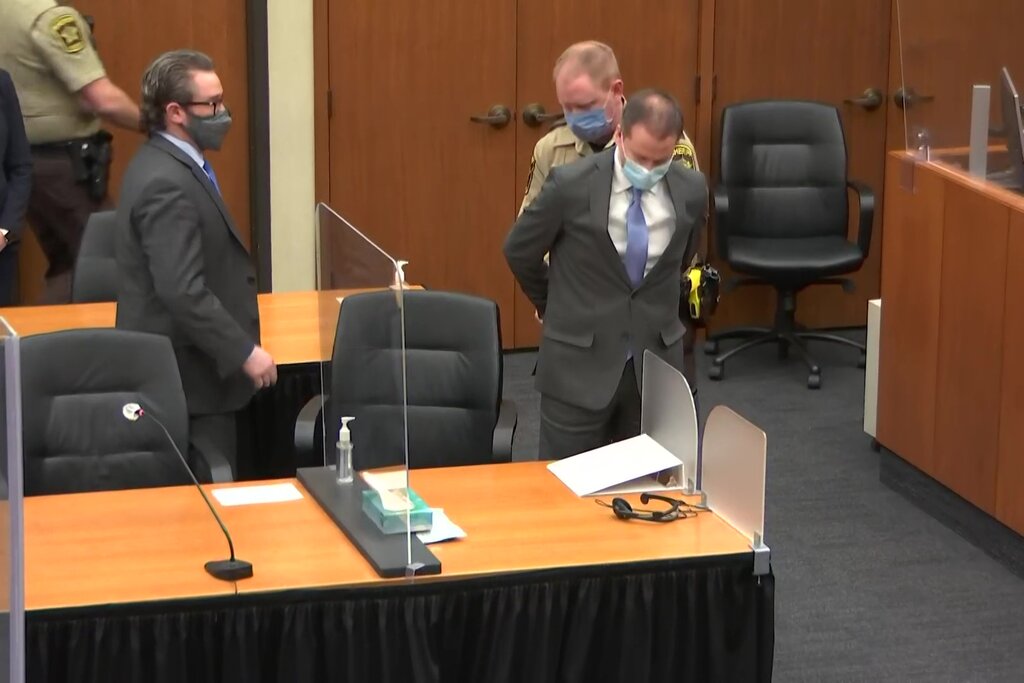 The jury convicted Mr. Chauvin of second- and third-degree murder, as well as manslaughter. He faces up to 40 years in prison but is likely to be sentenced to far less time, based on state guidelines.

Derek Chauvin was found guilty of two counts of murder on Tuesday in the death of George Floyd, whose final breaths last May under the knee of Mr. Chauvin, a former Minneapolis police officer, were captured on video, setting off months of protests against the police abuse of Black people.

After deliberating for about 10 hours over two days following an emotional trial that lasted three weeks, the jury found Mr. Chauvin, who is white, guilty of second-degree murder, third-degree murder and second-degree manslaughter for the killing of Mr. Floyd, a Black man, on a street corner last year on Memorial Day.

Mr. Chauvin faces up to 40 years in prison when he is sentenced in the coming weeks but is likely to receive far less time. The presumptive sentence for second-degree murder is 12.5 years, according to Minnesota’s sentencing guidelines, although the state has asked for a higher sentence.

The verdict was read in court and broadcast live to the nation on television, as the streets around the heavily fortified courthouse in downtown Minneapolis, ringed by razor wire and guarded by National Guard soldiers, filled with people awaiting the verdict.