1/ Trump delayed imposing tariffs on some Chinese imports until December. Trump told reporters that he delayed tariffs "for the Christmas season" on cellphones, laptop computers, video game consoles, and certain types of footwear and clothing "just in case" there would be a negative impact on shoppers during the holidays. The 10% tariff on $300 billion worth of Chinese imports will be delayed until Dec. 15, instead of taking effect on Sept. 1 as Trump originally announced. The U.S. Trade Representative office said certain products will also be taken off the list based on "health, safety, national security and other factors." Markets rallied on the news. (New York Times / Washington Post / Politico / CNBC / Axios)

Stupifyingly clear that somehow #MoscowMitch was gunning for this outcome.

A spokesman for McConnell said the majority leader did not know that Bouchard had hopes of a deal with Rusal at the time McConnell led the Senate effort to end the sanctions, citing the recommendation of Treasury Secretary Steven Mnuchin.

McConnell “was not aware of any potential Russian investor before the vote,” spokesman David Popp said.

Bouchard said no one from his company, Braidy Industries, told anyone in the U.S. government that lifting sanctions could help advance the project. Rusal’s parent company, EN+, said in a statement that the Kentucky project played no role in the company’s vigorous lobbying campaign to persuade U.S. officials to do away with sanctions.

But critics said the timing is disturbing.

“It is shocking how blatantly transactional this arrangement looks,” said Michael McFaul, who served as the U.S. ambassador to Russia during the Obama administration and now teaches at Stanford University. How a McConnell-backed effort to lift Russian sanctions boosted a Kentucky...

A spokesman said the Senate majority leader did not know the measure would help a company building an aluminum mill in an impoverished part of his home state.

Borrow and spend…that is the T ticket.

The gap grew to $866.8 billion in the first 10 months of the fiscal year, up 27% from the same period a year earlier, the Treasury Department said in its monthly budget report on Monday. That’s wider than last fiscal year’s shortfall of $779 billion – which was the largest federal deficit since 2012.

So far in the fiscal year that began Oct. 1, a revenue increase of 3% hasn’t kept pace with a 8% rise in spending. While still a modest source of income, tariffs imposed by the Trump administration helped almost double customs duties to $57 billion in the period. 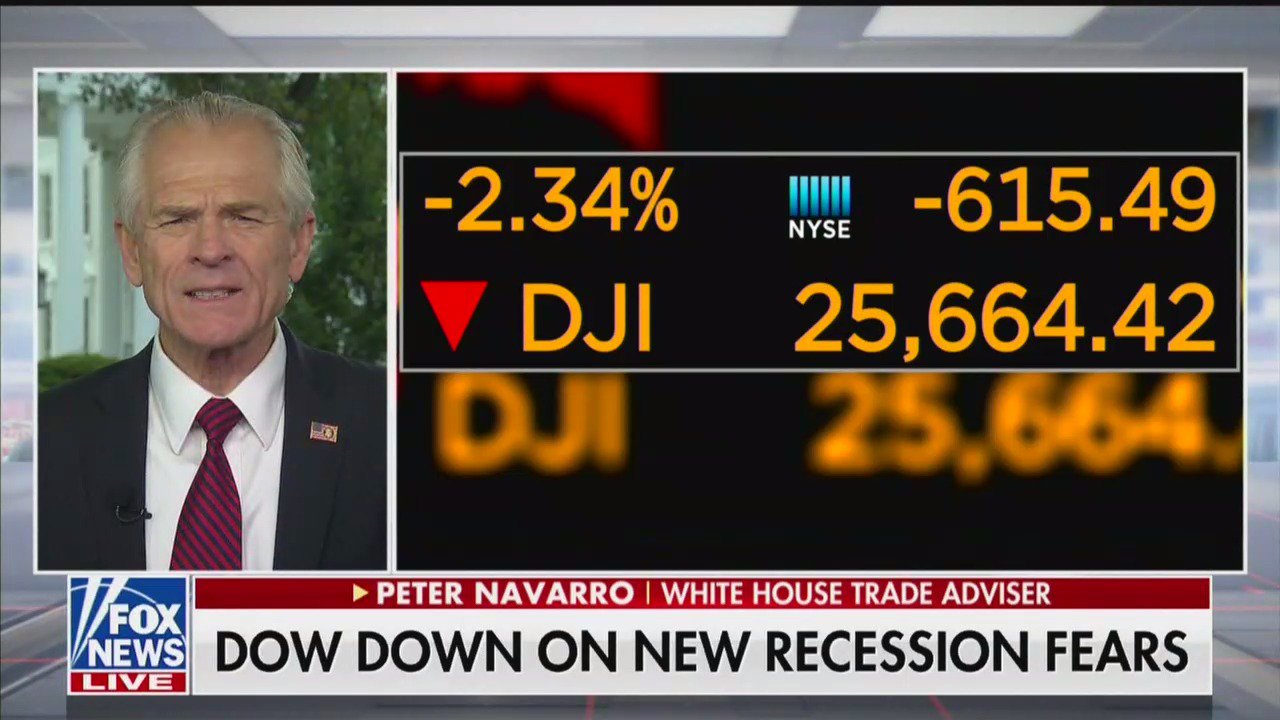 the optics of this aren't great

The Department of Labor just proposed a rule that aims to let government contractors fire workers who are LGBTQ, or who are pregnant and unmarried, based on the employers’ religious views.

This is taxpayer-funded discrimination in the name of religion. Period.

BREAKING: The Department of Labor just proposed a rule that aims to let government contractors fire workers who are LGBTQ, or who are pregnant and unmarried, based on the employers’ religious views. This is taxpayer-funded discrimination in the name of religion. Period. 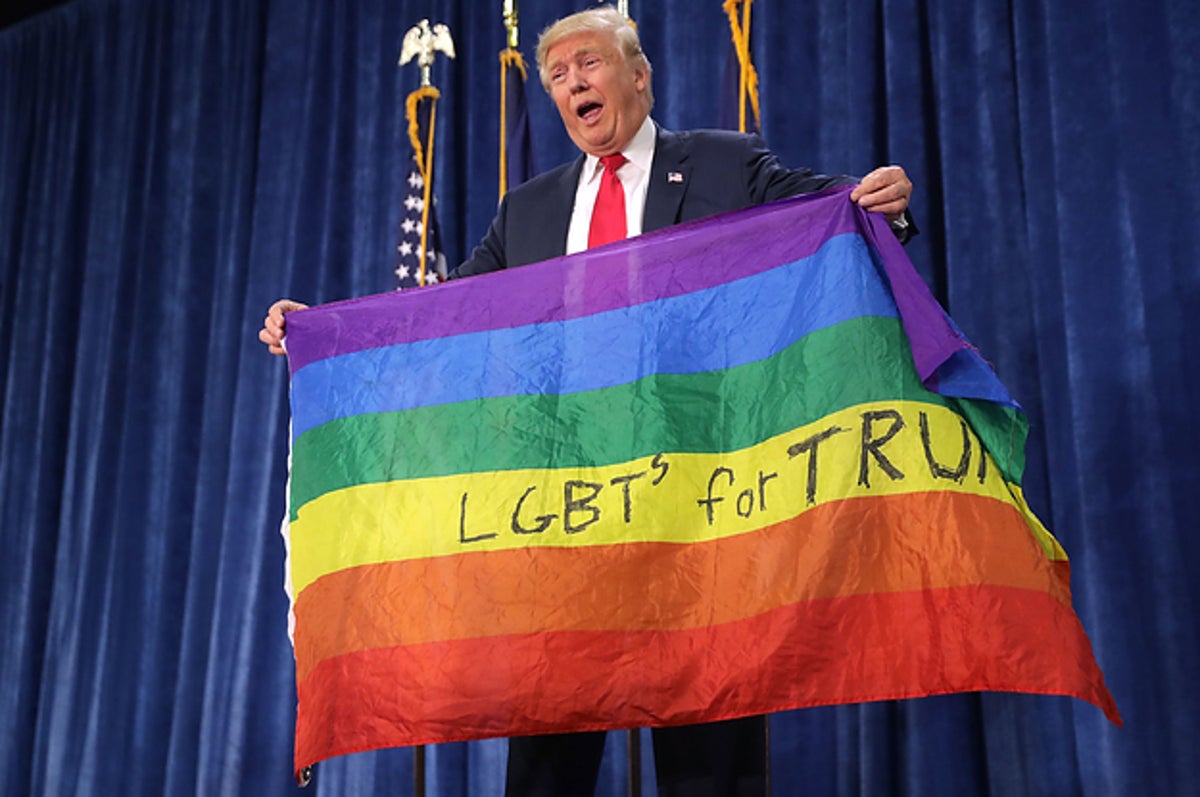 Trump’s Latest Proposal Would Let Businesses Discriminate Based On LGBTQ...

The rule, which applies to many federal contractors, is Trump’s latest move to let religious people sidestep civil rights policies.

The Department of Labor proposed a rule Wednesday allowing “religion-exercising organizations” with federal contracts to raise religious exemptions if accused of bias in their hiring practices.

FACT: Nearly one-quarter of employees in the United States work for an employer that has a contract with the federal government.

This rule seeks to undermine our civil rights protections and encourages discrimination in the workplace — and we will work to stop it.

FACT: Nearly one-quarter of employees in the United States work for an employer that has a contract with the federal government. This rule seeks to undermine our civil rights protections and encourages discrimination in the workplace — and we will work to stop it.
3 Likes
Windthin (David Bythewood) August 14, 2019, 6:59pm #9

Well, thank goodness he clarified so that we’re left in no doubt as to his racist stance.

Trump’s citizenship and immigration chief followed up his earlier comments about the famous Emma Lazarus poem with a racist clarification. 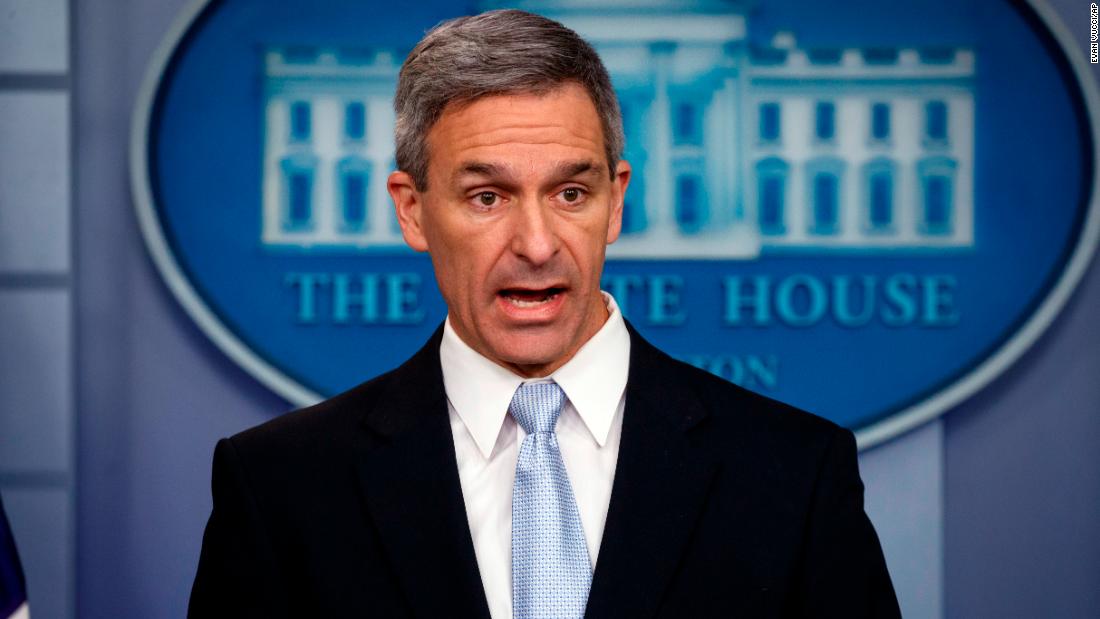 How Ken Cuccinelli made his Statue of Liberty comments even worse

On Tuesday night, CNN's Erin Burnett interviewed Ken Cuccinelli, the acting director of US Citizenship and Immigration Services, and asked about the Emma Lazarus poem that adorns the Statue of Liberty, a poem Cuccinelli had controversially tweaked... 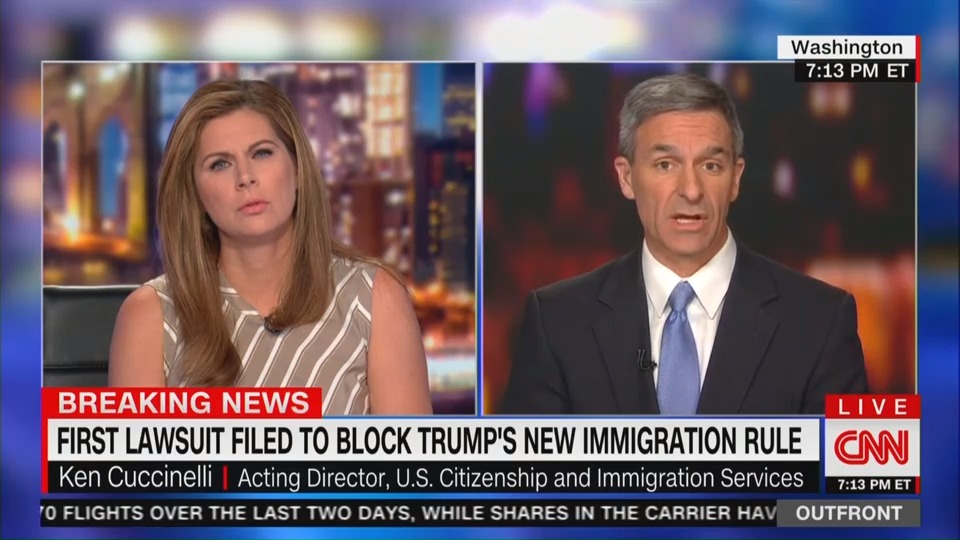 Ken Cuccinelli just took his racist interpretation of the Statue of Liberty...

The poem only refers to welcoming "people from Europe," he claimed this week. 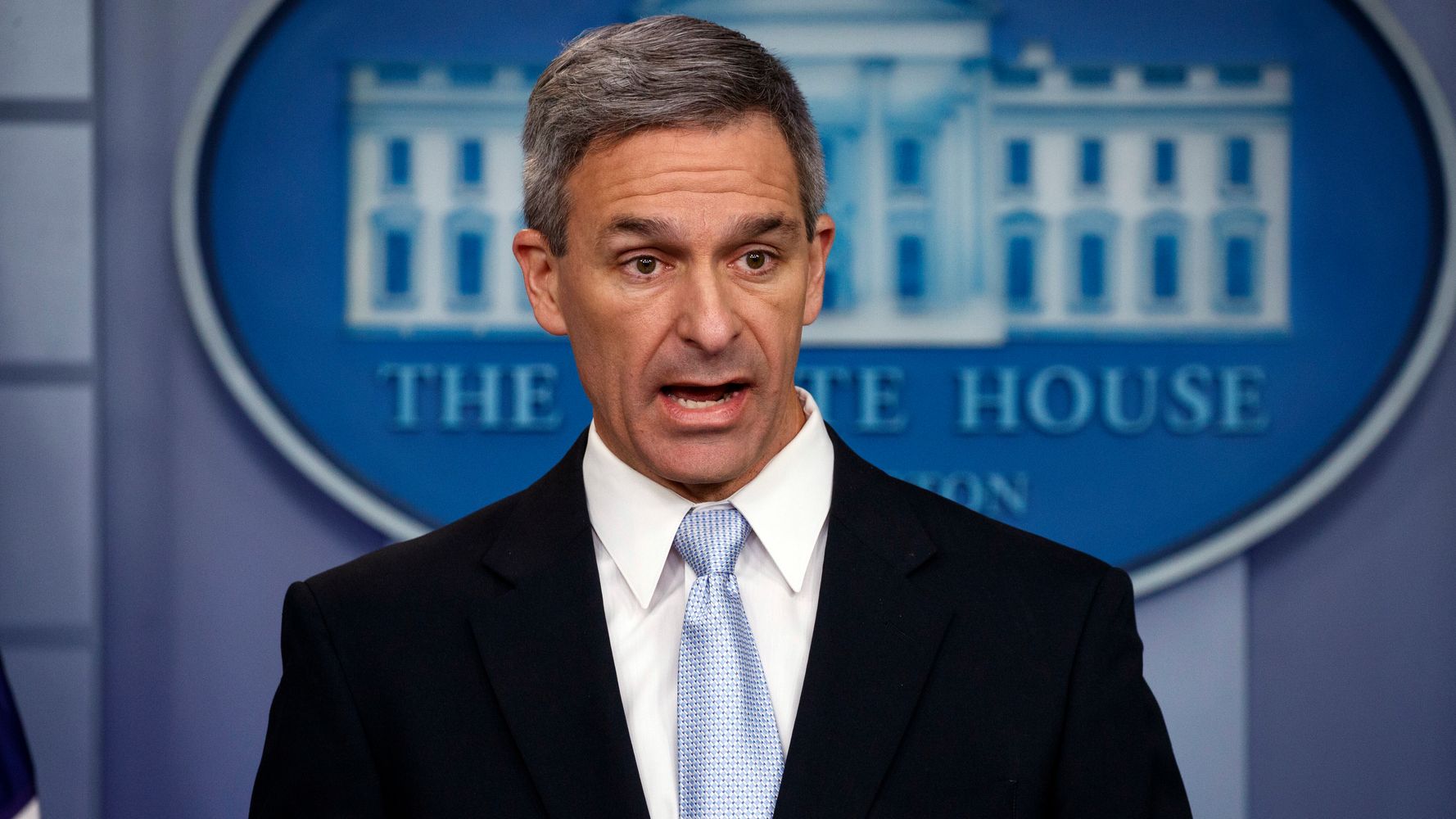 Trump's citizenship and immigration chief followed up his earlier comments about the famous Emma Lazarus poem with a racist clarification.

Naturally, Ken is yet another migrant hypocrite:

Cuccinelli: That statue of liberty poem was about "people coming from Europe." pic.twitter.com/nrDcUGJsU3 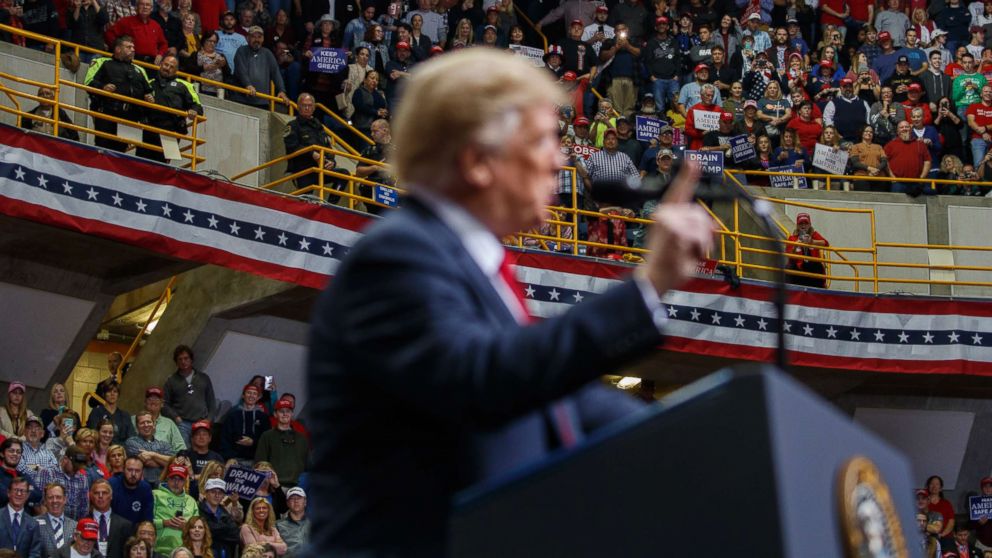 President Donald Trump insists he deserves no blame for divisions in America.

Yup, bond market has that yield-curve inversion thing happening too.

The drop in long-term yields pushed the yield on the 10-year note below that of the two-year Treasury note, an unusual situation known as an inversion of the yield curve. Yield-curve inversions are considered one of the most-reliable leading indicators of recession in the United States, having preceded every economic decline in the past 60 years.

The phenomenon, when yields on long-term bonds fall below those on short-term bonds, had already occurred with some Treasury securities this year. But the inversion between two-year and 10-year notes on Wednesday, something that last occurred 2007 as the American economy began to sputter into a severe recession, seemed to worry investors anew. 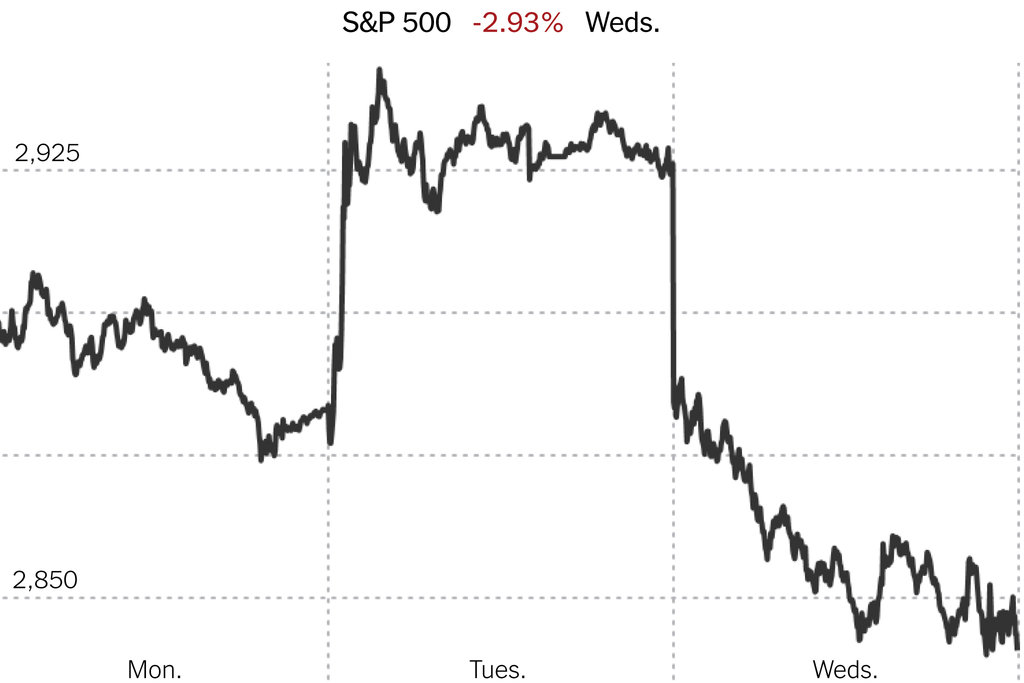 Yields on United States government bonds fell, indicating lower expectations for growth and extending a drop that began as the trade war intensified.

most-reliable leading indicators of recession in the United States,

@Pet_Proletariat - jittery markets and the potential for recession is real

President Donald Trump’s chaotic behavior can make financial markets gyrate any moment — and, given his split-personality constituency, likely will do so through Election Day 2020.

Trump pushed the Dow up nearly 400 points on Tuesday with a simple announcement: His administration will postpone additional tariffs on Chinese imports that would have hiked prices on popular consumer goods. The threat of those tariffs had helped drive markets down nearly 400 points on Monday.

A wave of relief swept through corporate America, which had warned the tariffs might trigger a recession. No president wants to face voters in an economic downturn. 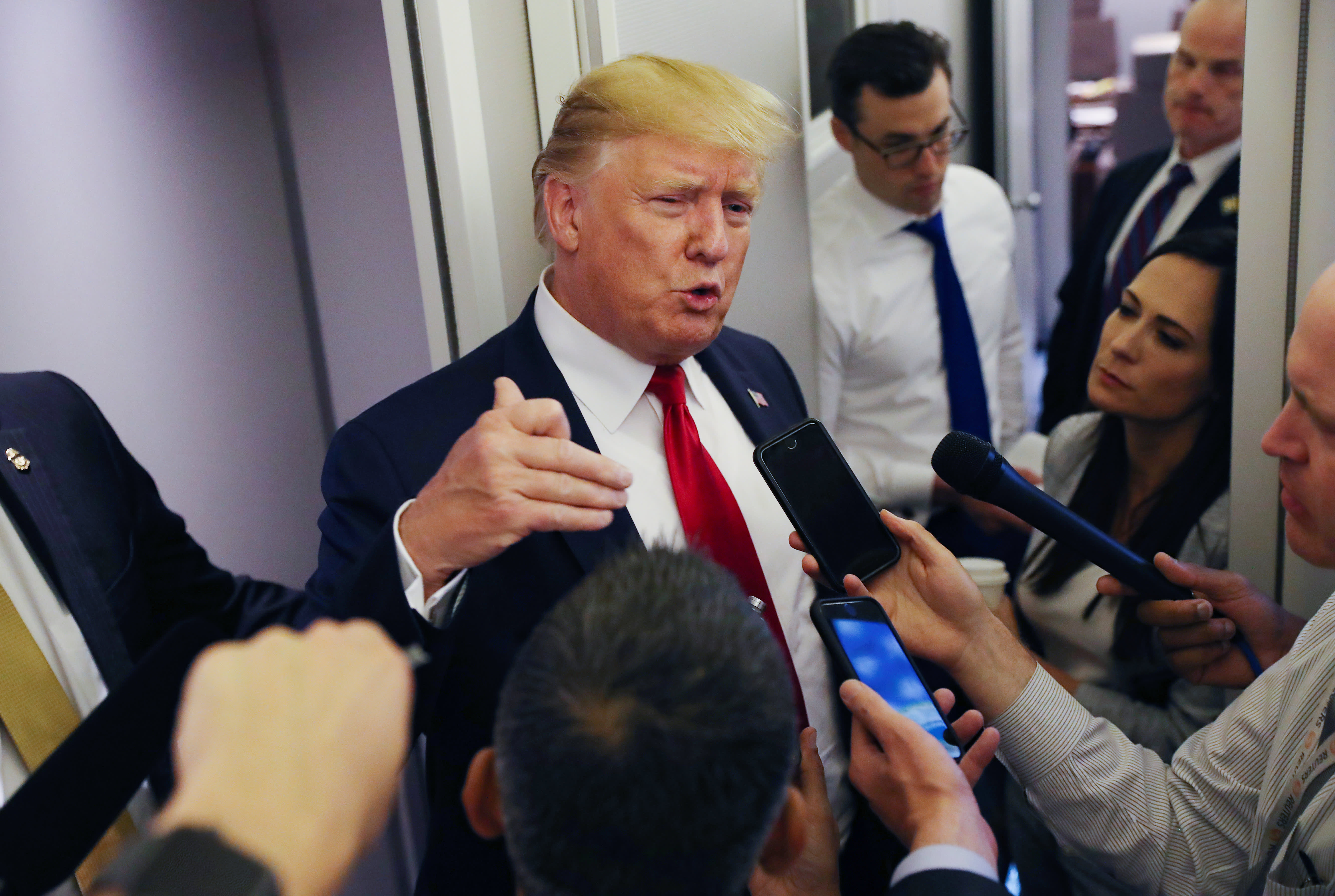 Trump will have a harder time turning things around as the China trade war...

No president wants to face voters in an economic downturn. But if that were Trump's only concern, he never would have pursued his haphazard trade policy in the first place, John Harwood writes.