1/ The Trump administration formally proposed regulation allowing some businesses discriminate against workers on the basis of race, ethnicity, national origin, sex, and LGBTQ status by citing religious objections. The rule would apply to any organizations with federal contracts, including corporations, schools, and societies, provided they claim a "religious purpose," but that "this need not be the contractor's only purpose." (BuzzFeed News)

So the inversion is pretty scary amiright? 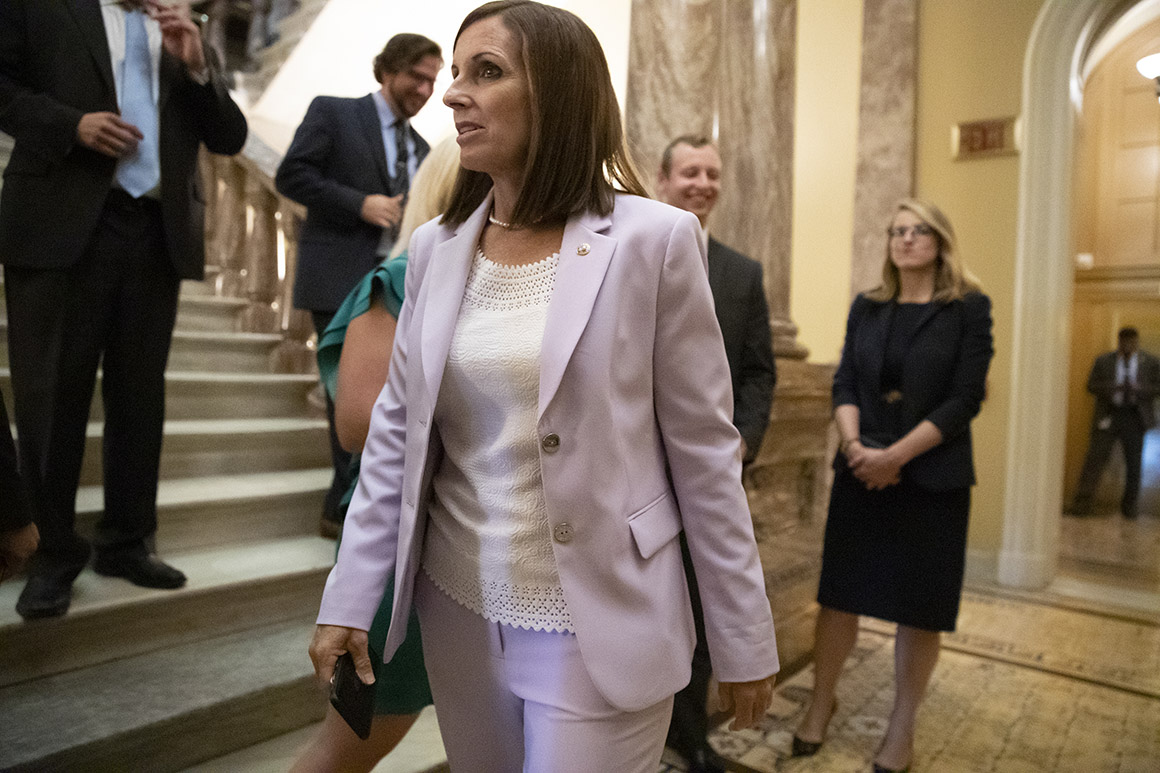 The bill is likely to acquire some significant co-sponsors in the coming days.

Sen. Martha McSally is seeking to make domestic terrorism a distinct federal crime, the latest sign that Republicans are increasingly serious about crafting a legislative response to recent mass shootings in Texas, Ohio and California.

The Arizona Republican is aiming to close a loophole in the law that prevents federal authorities from specifically punishing domestic terrorism, according to a discussion draft circulated to other offices. McSally, an Air Force veteran, said in releasing the draft that “domestic terrorism is in our backyard and we need to call it and treat it under the law the same as other forms of terrorism.” Authorities frequently charge domestic terrorism suspects with other offenses.

T knows this gun issue is pivotal to the next election…so his campaign is polling what his base feels about it. His opinion would matter, but he’s skewing all his efforts towards his re-election. Even Ivanka is in on this…so she’s doing her ‘strategic’ thing with him.

What President Trump has not done yet is the kind of arm-twisting of Republican senators wary of gun control legislation that will be necessary to force a bill through Congress, according to interviews with White House officials and congressional aides. He has shown no interest so far in a major address to ensure that public opinion is behind such a move. And he and his aides have yet to settle on what he will actually propose.

But they have commissioned a poll through his campaign to assess where his supporters are on different gun control measures, and they will have the results by September, when the Senate returns from summer recess, according to three people briefed on the plans.

Until that happens, the discussion inside the White House about what, if anything, to do about new gun measures — and Senator Mitch McConnell, the majority leader, has warned that it will have to be the president who calls Republicans to action — is largely theoretical. 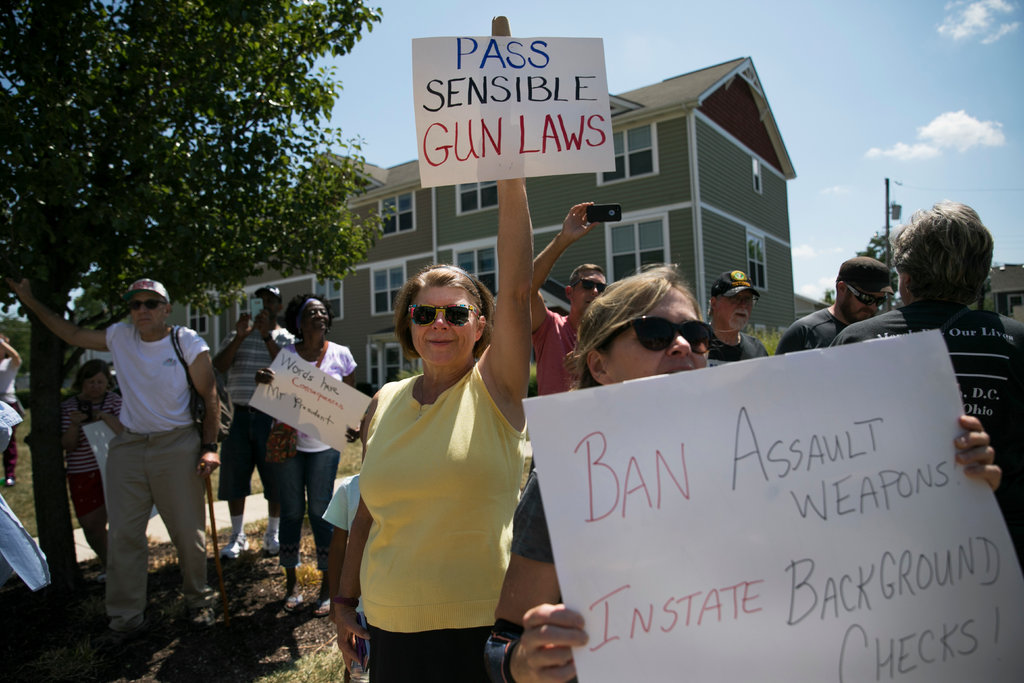 The president is facing pushback from gun rights advocates and some of his advisers. But he could follow his pattern of abruptly dropping the idea of doing something after talking about it for weeks.

Do Trump Officials Plan To Break Centuries Of Precedent In Divvying Up Congress?

The Constitution requires all “persons” to be counted to determine the number of Congressional districts in each state. The Trump regime may try to leave out non-citizens.

“I don’t think it’s normal for the Census Bureau” to be vague about what goes into its “most important product,” says Thompson, who was appointed by President Barack Obama and left the bureau in 2017. 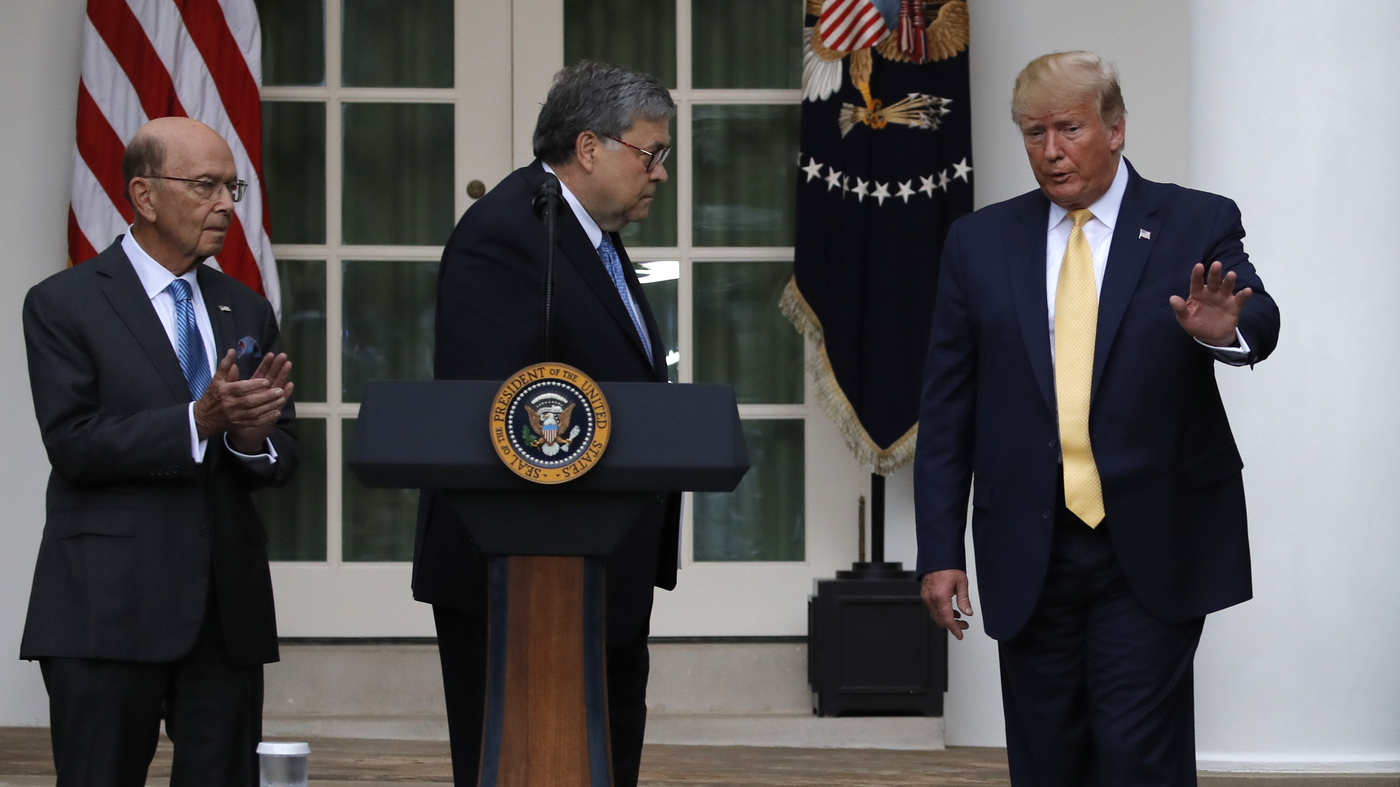 Do Trump Officials Plan To Break Centuries Of Precedent In Divvying Up Congress?

Recent remarks raise concerns the Trump administration won't follow more than 200 years of precedent in dividing up seats in Congress based on population counts that include unauthorized immigrants. 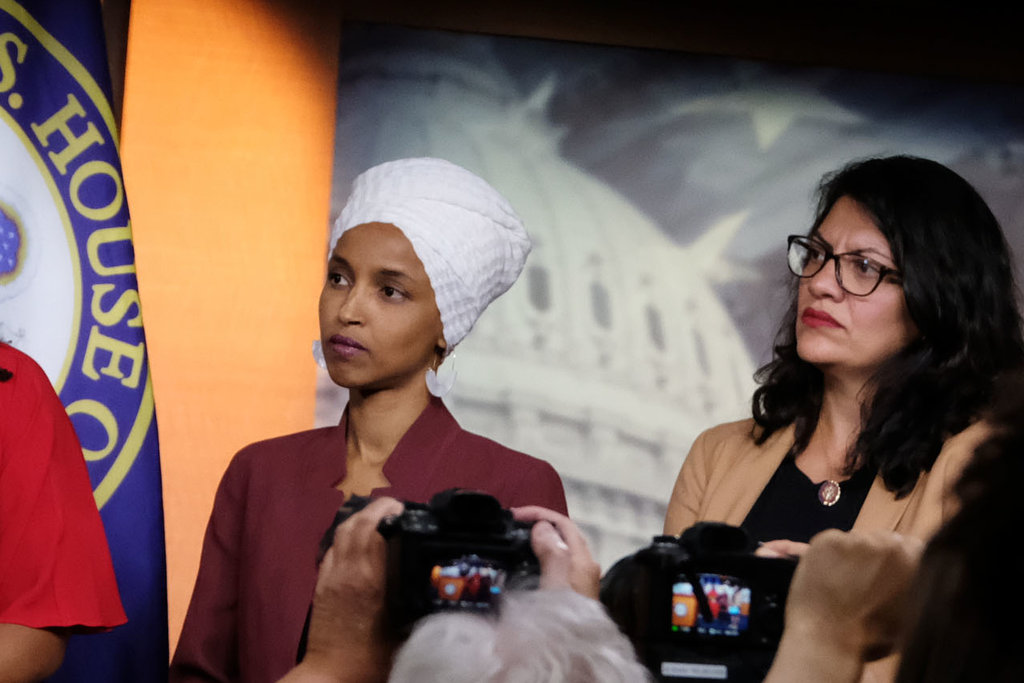 Mr. Trump’s call to bar the two congresswomen was an extraordinary step to influence an allied nation and punish his political opponents at home.

Israel on Thursday barred the entry of two American Democratic congresswomen who had planned to visit the West Bank, hours after President Trump had urged the country to block them.

Mr. Trump’s intervention was an extraordinary step to influence an allied nation and punish his political opponents at home.

The two congresswomen, Representatives Rashida Tlaib of Michigan and Ilhan Omar of Minnesota, both freshmen, are the first two Muslim women elected to Congress. Both are outspoken adversaries of Mr. Trump and have been vocal in their support of the Palestinians and the boycott-Israel movement.

Ms. Omar had been scheduled to arrive on Sunday for a tour of the West Bank, partly under the auspices of an organization headed by a longtime Palestinian lawmaker, Hanan Ashrawi, that was expected to highlight Palestinian grievances over the Israeli occupation.

The women were planning to visit the West Bank cities of Hebron, Ramallah and Bethlehem, as well as Israeli-annexed East Jerusalem, according to Ms. Ashrawi, including a visit to the Al Aqsa Mosque, a hotly contested and volatile holy site. Most of the delegation was expected to depart on Aug. 22, but Ms. Tlaib had been planning to stay on to visit relatives in the West Bank.

No meetings had been planned with either Israeli or Palestinian officials, other than Ms. Ashrawi, who is also a member of the Palestine Liberation Organization’s executive committee. She said the organization she leads, Miftah, was co-sponsoring the visit.

The purpose of the visit, Ms. Ashrawi said, was to give the congresswomen a way “to engage with the Palestinian people directly and to see things on the ground.”

I was just told that CNN said two people in the Dayton shooting were hit by police crossfire, though the police are trying to spin it that they could have died from “other bullets” anyhow. I don’t have a site to post yet, I looked, it doesn’t seem to have hit any sites so far.

EDIT: Found the local version that likely kicked this off: 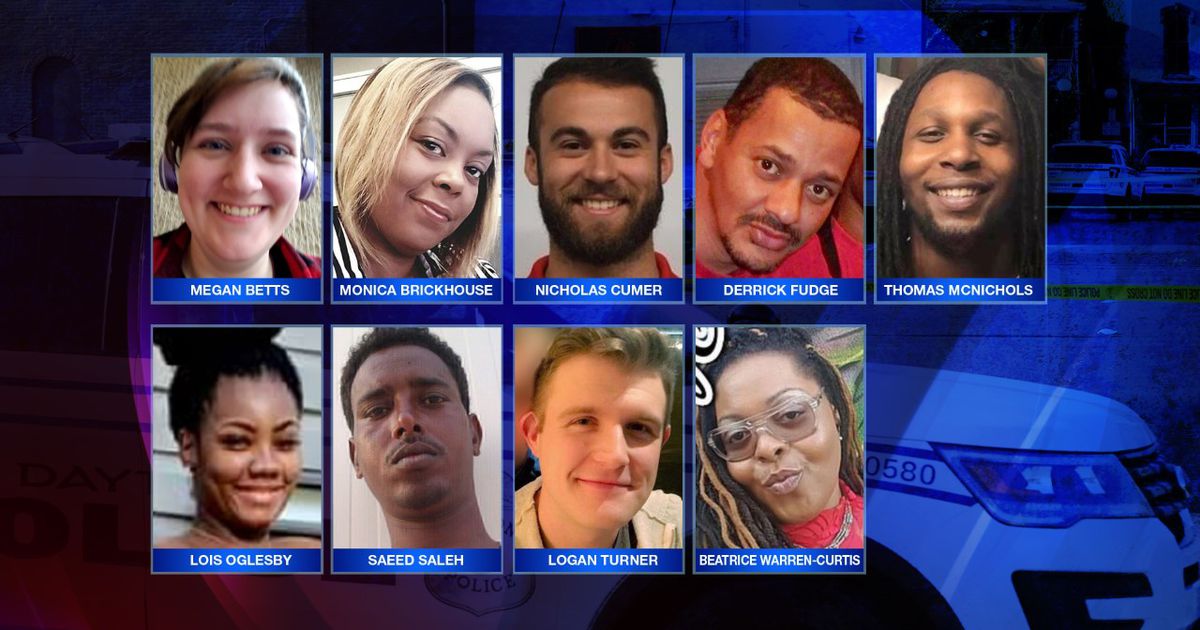 Dayton Shooting: Police gunfire not responsible for any fatal injuries

Corey Lewandowski never worked in the WH and so was never an adviser.

Executive privilege can be invoked to block disclosure of deliberations between a president and his advisers.

Any assertion of executive privilege would be entirely frivolous. 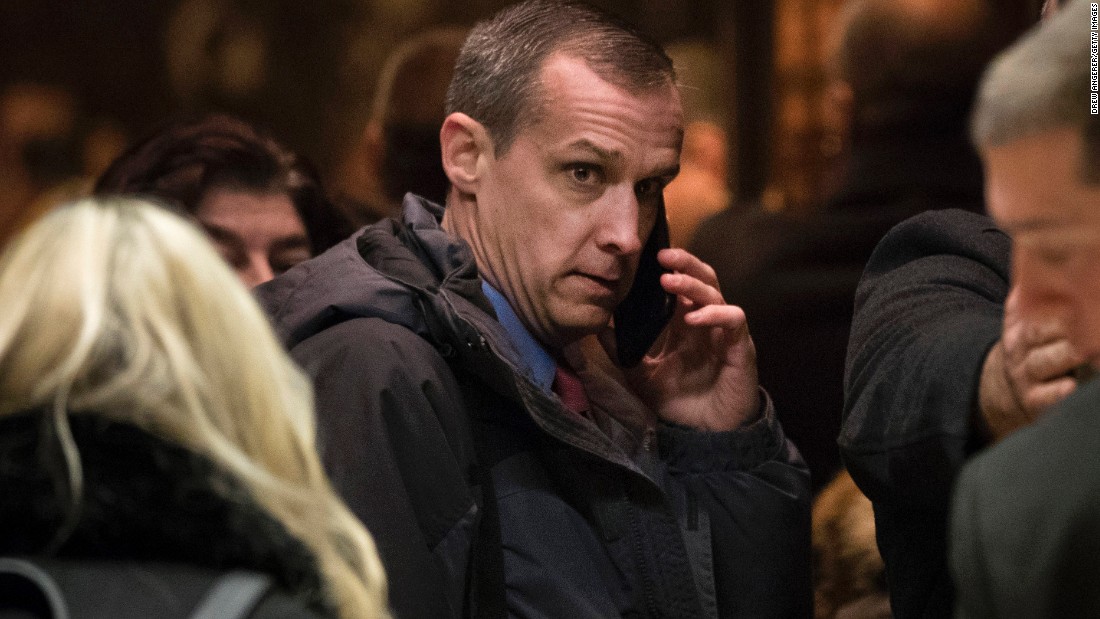 WH officials look at executive privilege for Lewandowski, who never worked at...

White House officials have been engaged in preliminary discussions about invoking executive privilege to limit former campaign aide Corey Lewandowski from complying with a congressional subpoena, despite Lewandowski never serving in any role in the...

Trump has pushed anti-Semitic terms and stories like “globalists” and the lie that George Soros and other Jews are backing caravans from Central America.

Trump has pushed anti-Muslim policies like his travel ban, lie like Muslim prayer rugs at the border & Muslims dancing after 9/11, and attacks on Rep. Omar and Rep. Tlaib.

And now he can pit them against each other. He must be giddy, or whatever racists get when it’s racist Christmas (April 20th, right?). 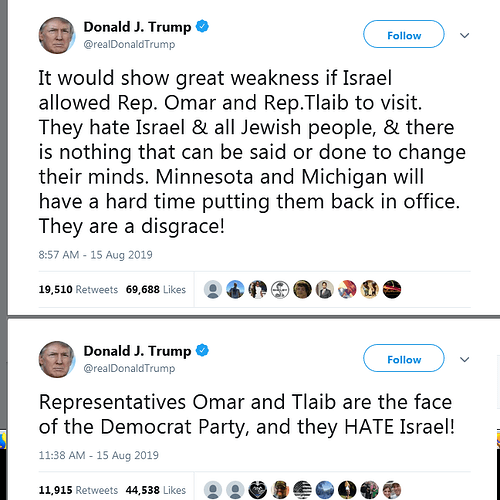 Shoving people into mental institutions where they can be forgotten or experimented upon is one of the darkest chapters in all of history. There’s a reason it’s a classic horror trope.

The nazis did it to homosexuals and the mentally ill.

Families did it to women deemed “hysterical”, which is where we get that term from.

History shows when a dictator starts singling out groups for oppression, the do not stop at one group.

Trump suggests move back to institutionalizing the mentally ill

President Trump on Thursday again blamed mental illness for mass shootings in the US — and suggested it was time to build new facilities to house the mentally ill. “Mental illness is somebody that … 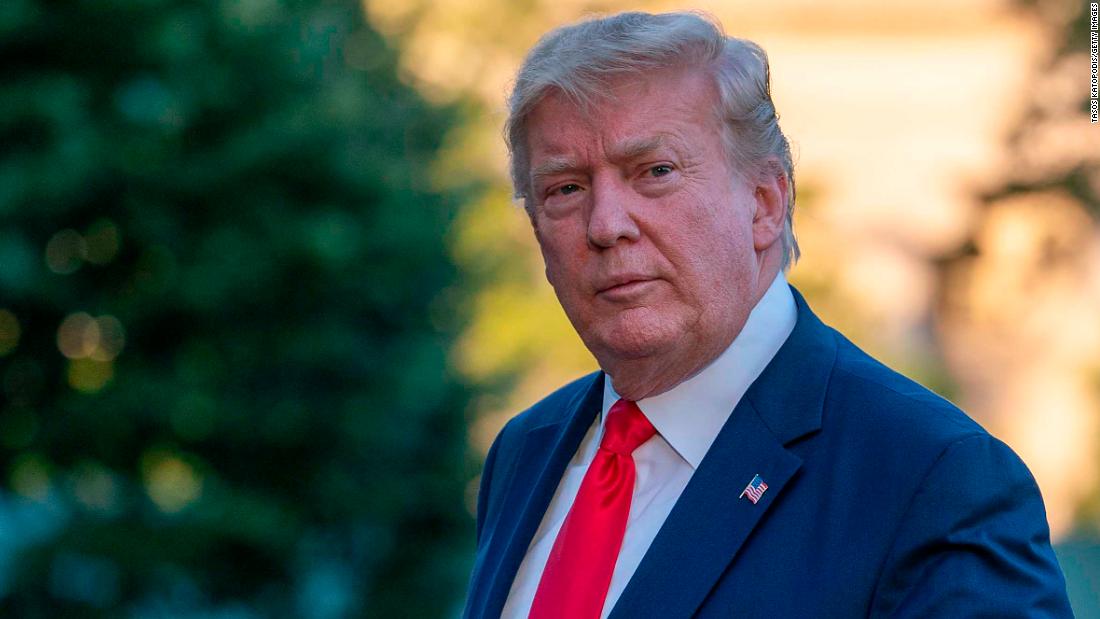 President Donald Trump said Thursday that the US should build more mental institutions to deal with mass shooters. Trump says the U.S. should build more psychiatric institutions in response to...

“We can’t let these people be on the streets,” the president told reporters Thursday when asked about the debate over gun control. 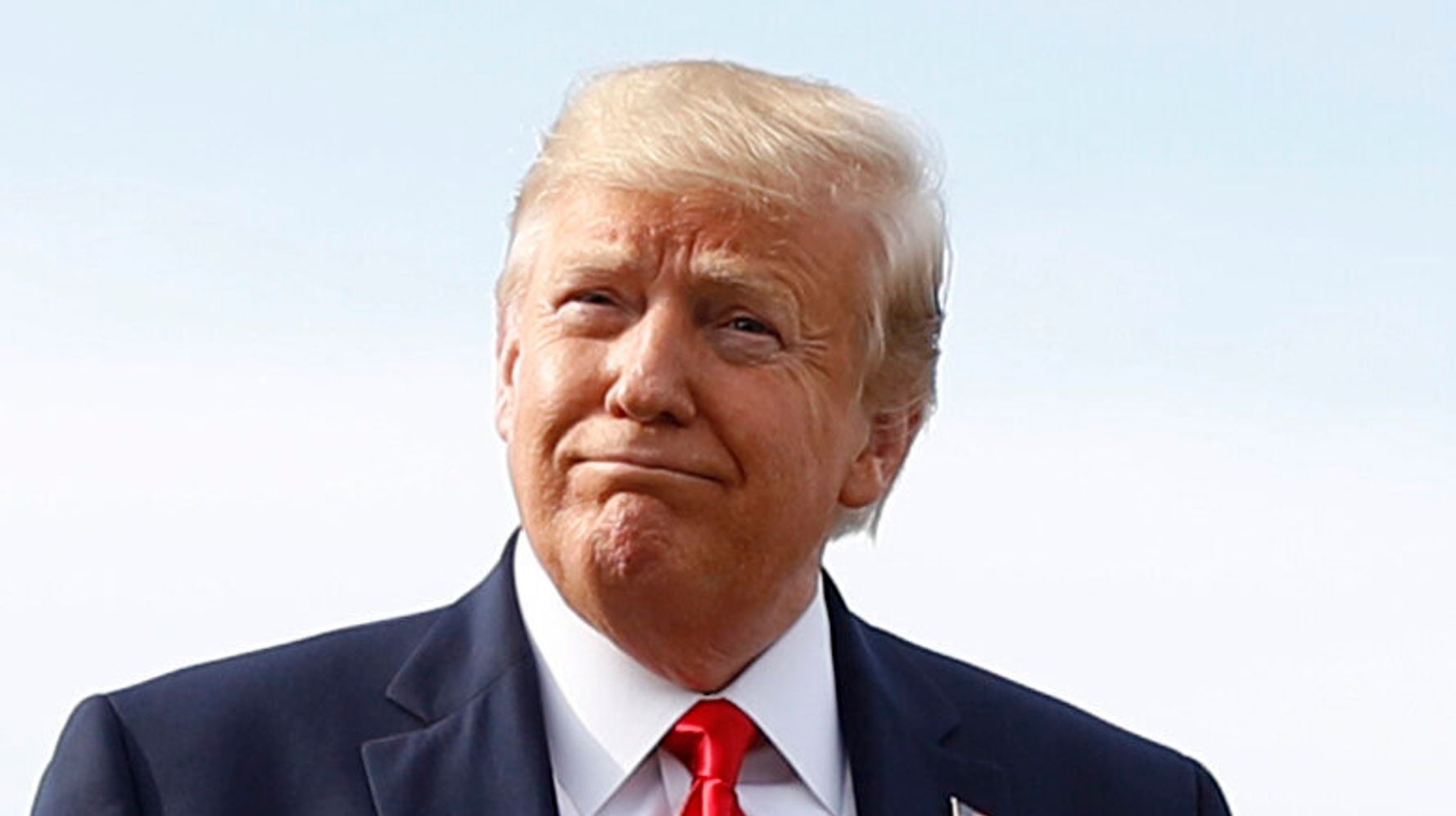 “These people are mentally ill,” the president said to a question on guns. “I think we have to start building institutions again.”

Trump just proposed we start institutionalizing the mentally ill again. This thread explains why this is a terrifying and alarming proposal. #OneVoice1 #GeeksResist #MentalHealthAwareness https://t.co/XtlByMINMX

1/12 For centuries, when the powerful and the wealthy wanted somebody to go away but didn't want the scandal or trouble of killing them, they would have them locked up or sent away instead, in convents and asylums and institutions. Such was the fate of Elsie Maria Kingdon. pic.twitter.com/1m6eJdKhdw
1 Like
Keaton_James August 16, 2019, 5:41am #10

Families did it to women deemed “hysterical”, which is where we get that term from.

Maybe a smidge off-topic, but this is what happened to Cary Grant’s mother. He came home from school one day to find that his mother was gone. His father told him she had died, but, in reality, he had “institutionalized” her so he could take up with another woman. Grant didn’t discover his mother was actually alive until he was 29. He rescued her from the institution and was devoted to her for the rest of her life – a cautionary tale of what can happen when people are declared “crazy” who are really just depressed.

Cary Grant always has and will be a class act. 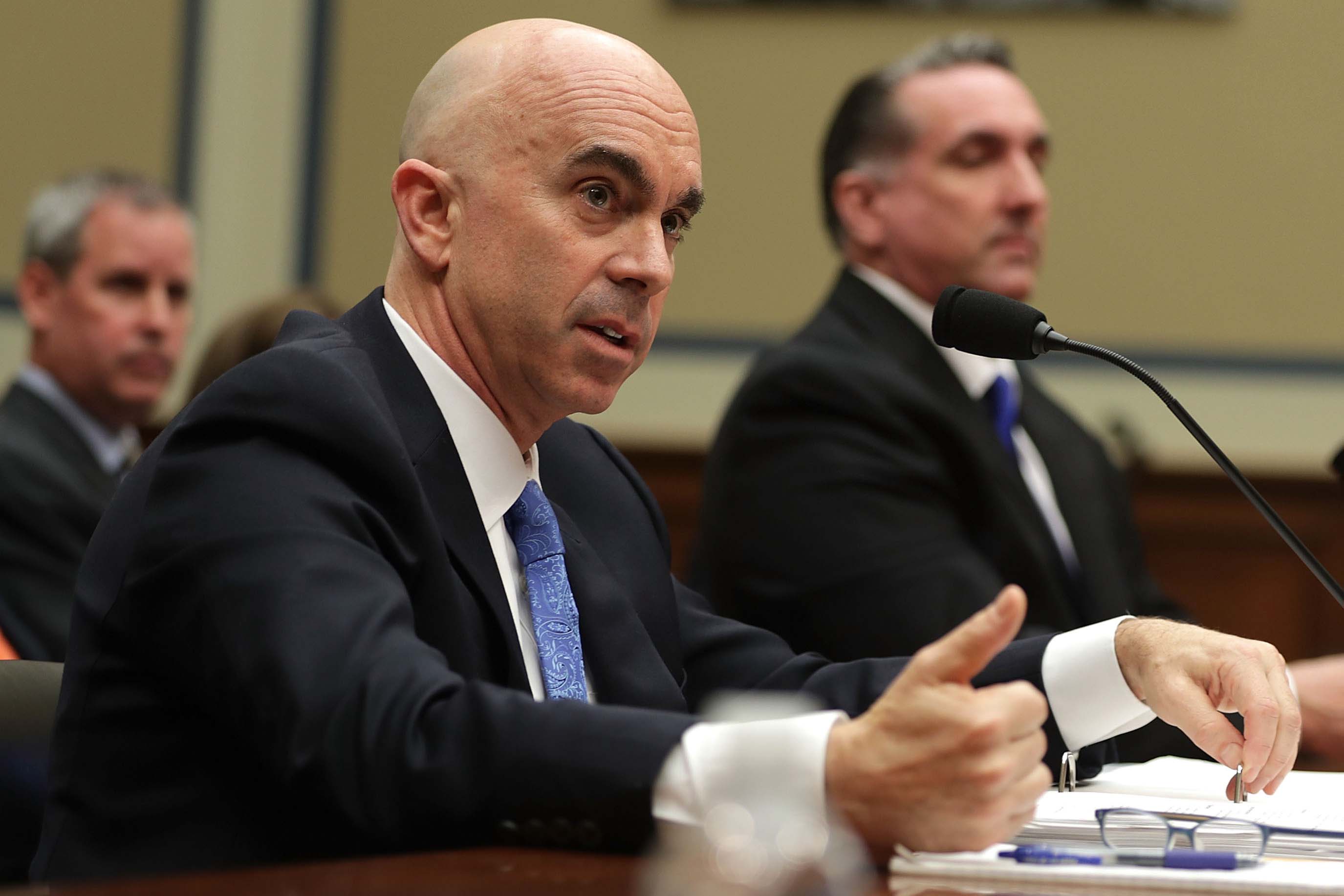 The findings were contained in a report published by the State Department inspector general’s office.

The author of a paper which argues that democracy requires ethnic homogeneity to thrive, and that ethnic diversity weakens a nation state, is Trump’s nominee for a federal judgeship. Rachel Maddow shares passages from a law journal article by Donald Trump federal court nominee Steven Menashi in which he argues democratic countries work better when everyone in the same ethnicity. 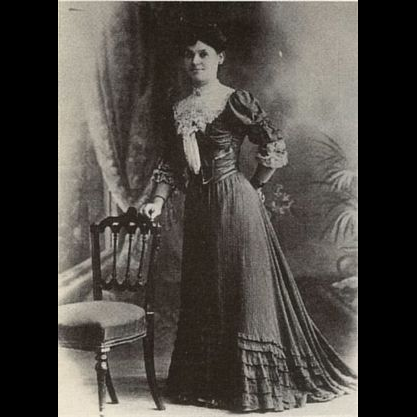 1/12 For centuries, when the powerful and the wealthy wanted somebody to go away but didn't want the scandal or trouble of killing them, they would have them locked up or sent away instead, in convents and asylums and institutions. Such was the fate of Elsie Maria Kingdon.
2 Likes
matt (Matt Kiser) closed September 2, 2019, 4:25am #14