1/ Trump ordered his staff to have NOAA repudiate a tweet by weather forecasters that contradicted his statement that Hurricane Dorian posed a significant threat to Alabama. Acting Chief of Staff Mick Mulvaney called Commerce Secretary Wilbur Ross to tell him to have the forecasters disavow their position Alabama was not at risk. Ross, in turn, threatened to fire top employees at NOAA if the situation was not addressed. Trump, meanwhile, denied ordering Mulvaney to direct Ross to pressure NOAA to rebuke scientists who contradicted his hurricane claims, saying "I never did that — I never did that," dismissing the situation as "a hoax by the fake news media." (New York Times / Washington Post / Politico) 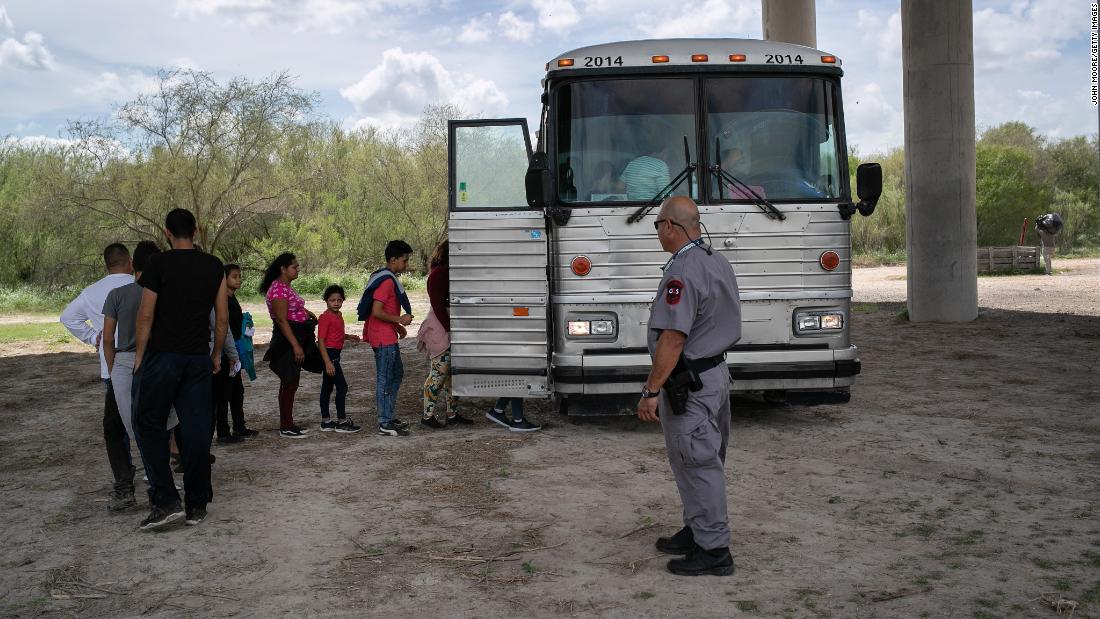 The Supreme Court cleared the way for the Trump administration's rule that dramatically limits the ability of Central American migrants to claim asylum to go into effect nationwide while the appeals process plays out.

The rule, from the Departments of Justice and Homeland Security, prohibits migrants who have resided in or traveled through third countries from seeking asylum in the US, therefore barring people traveling through Mexico from being able to claim asylum.

Justices Sonia Sotomayor and Ruth Bader Ginsburg noted their dissent. Five justices were needed to grant the request; the votes of the others were not publicly announced.

"Once again the Executive Branch has issued a rule that seeks to upend longstanding practices regarding refugees who seek shelter from persecution," Sotomayor wrote, joined by Ginsburg, later referring to "some of the most vulnerable people in the Western Hemisphere."

Trump officials tour unused FAA facility in California in search for place to...

President Trump has directed aides to launch a major crackdown on homelessness in California, spurring an effort across multiple government agencies to determine how to deal with sprawling tent camps on the streets of Los Angeles and other cities,...

Senior administration officials said that forcing people into new facilities was not under consideration, with one official telling The Washington Post: “We’re not rounding people up or anything yet. You guys in the media get too ahead of yourselves.”

Manhattan DA is working with Michael Cohen and offering him a proffer deal in exchange for his knowledge of T’s activities with any and all illegal activities.

Cohen will work for lower prison time as well as sing like a bird…despite some credibilty issues.

The deal stipulates that he will cooperate with the Manhattan District Attorney’s office in its investigation. Proffer agreements allow defendants and suspects to provide information to prosecutors without incriminating themselves.

Cohen is serving his sentence after pleading guilty to campaign finance violations related to hush money payments to two women who claimed they had affairs with Trump prior to taking office. He also pleaded guilty to lying to Congress about the president’s business dealings with Russia and failing to report millions of dollars in income.

At his sentencing hearing, Cohen said he took “full responsibility” for his actions but that Trump led him to choose “darkness over light.” Prosecutors are looking into whether or not the Trump Organization falsified business records.

Whar is it going to take to move Congress to take significant action against gun violence? Here are more than 100 businesses standing up and imploring ACTION.

Letter is circulating in Congress. Signatories to a letter sent Thursday include the heads of major retailers, tech firms, financial institutions, including Levi Strauss, Twitter, Uber, Dick’s Sporting Goods, Yelp, Bain Capital and Reddit. The letter pointed to mass shootings in recent weeks — including those in El Paso; Dayton, Ohio; and Gilroy, Calif. — but also called out a broader epidemic of gun violence that kills 100 Americans each day and wounds hundreds more.

Remember how the right has been roaring about Obama “giving” Iran its own money? Yeah…

Trump says he hates the Obama-era nuclear deal with Iran. But he’s toying with a French proposal to get the Iranians to comply with it: a $15 billion line of credit to Tehran.

Trump says he hates the Obama-era nuclear deal with Iran. But he’s toying with a French proposal to get the Iranians to comply with it: a $15 billion line of credit to Tehran. 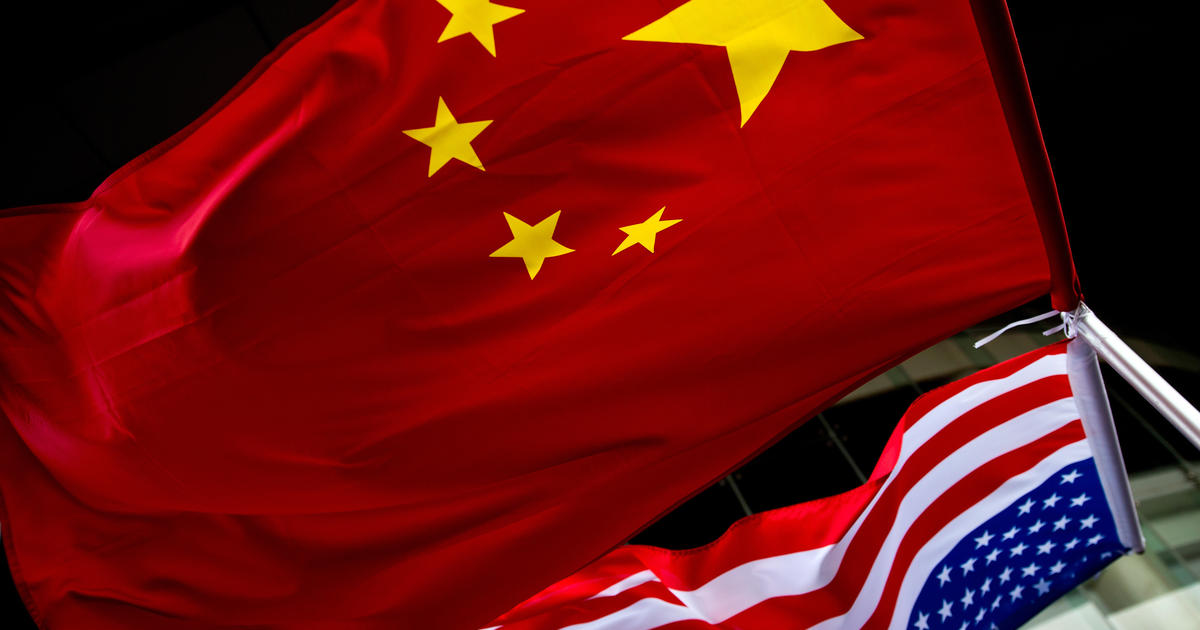 Because who needs clean water anyways? 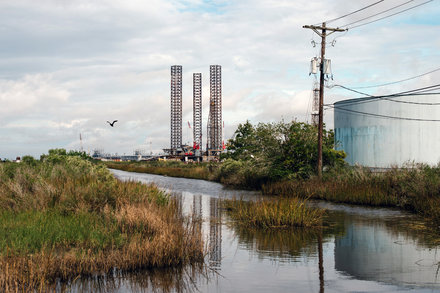 The administration is expected to complete the repeal of a major Obama-era regulation that put limits on chemicals that could be used near streams, wetlands and water bodies.

The Trump administration on Thursday is expected to complete the legal repeal of a major Obama-era clean water regulation, which had placed limits on polluting chemicals that could be used near streams, wetlands and water bodies.

The rollback of the 2015 measure, known as the Waters of the United States rule, has been widely expected since the early days of the Trump administration, when President Trump signed an executive order directing federal agencies to begin the work of repealing and replacing it.

Weakening the Obama-era water rule had been a central campaign pledge for Mr. Trump, who characterized it as a federal land-grab that impinged on the rights of farmers, rural landowners and real estate developers to use their property as they see fit.

Environmentalists say Mr. Trump’s push to loosen clean-water regulations represents an assault on the nation’s streams and wetlands at a moment when Mr. Trump has repeatedly declared his commitment to “crystal-clean water.” 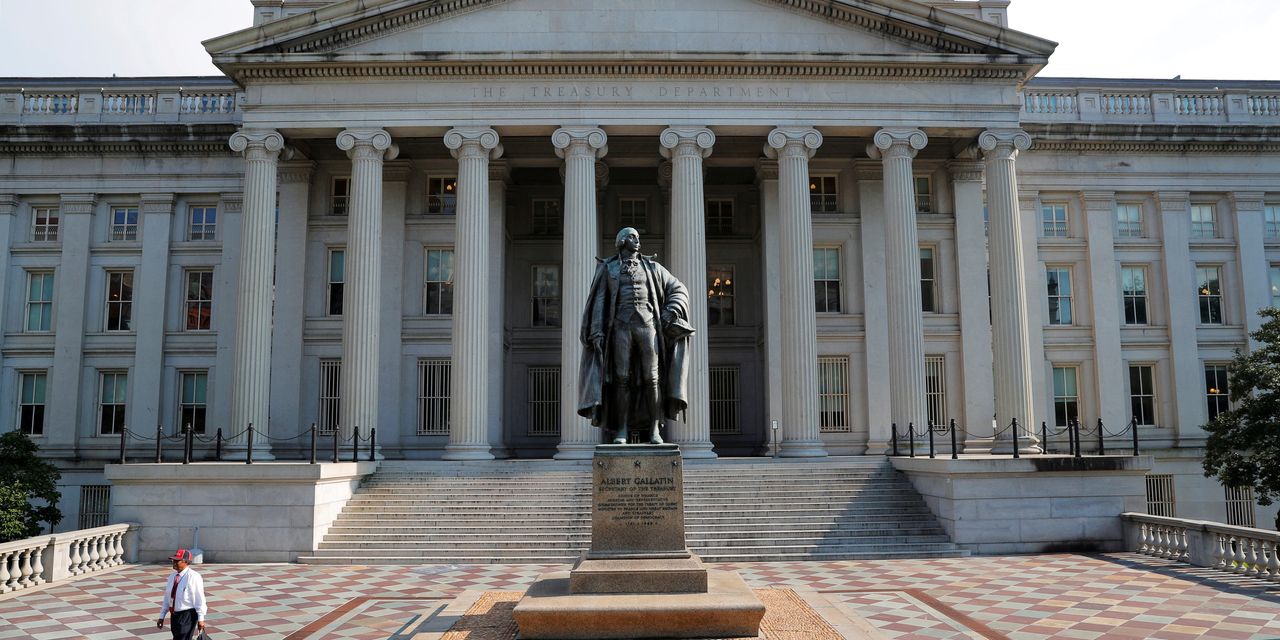 The U.S. budget gap widened to more than $1 trillion in the first 11 months of the fiscal year, the first time deficits have topped that mark since 2012.

The U.S. budget gap widened to more than $1 trillion in the first 11 months of the fiscal year, the Treasury Department said Thursday, the first time deficits have topped that amount in seven years.

Higher spending on the military, rising interest expenses on government debt and weak revenues early in the fiscal year combined to push the deficit up 19% from October through August, compared with the same period a year earlier. Government spending climbed 7%, to $4.1 trillion, outpacing higher federal tax receipts, which grew 3%, to $3.1 trillion.

The FBI’s former acting director appealed last month to the department’s No. 2 official.

Former acting FBI director Andrew McCabe’s legal team has been notified that the Justice Department authorized prosecutors to seek an indictment against him for lying to investigators, according to two people familiar with the matter, though it remains unclear whether McCabe will be charged.

McCabe’s team was told last month that line prosecutors had recommended charges, and later, that D.C. U.S. Attorney Jessie K. Liu had endorsed that decision, a person familiar with the matter said. Last month, McCabe’s team had appealed to Rosen in what was considered one of the final efforts to persuade officials not to move forward and seek an indictment from a grand jury. The legal team had been waiting to hear back.

The notification comes as a federal grand jury investigating McCabe was suddenly recalled this week after a months-long hiatus — an indication its members would likely be asked soon to consider bringing charges. But the panel left with no immediate signs of an indictment — a sign they might have balked, been asked to return later or filed a determination under seal.

To bring an indictment, prosecutors would have to convince 12 of the 23 grand jurors to sign onto the decision

In a deeply disturbing tweet, Trump just announced that infamous warhawk John Bolton, who wanted to use “the Libya strategy” on Kim Jong-un and bomb Iran into the stone age, was holding him BACK in Venezuela! 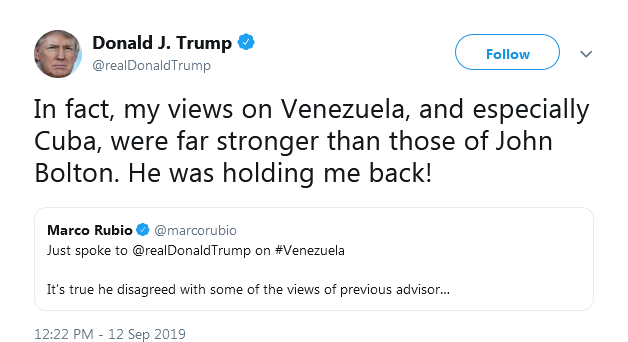 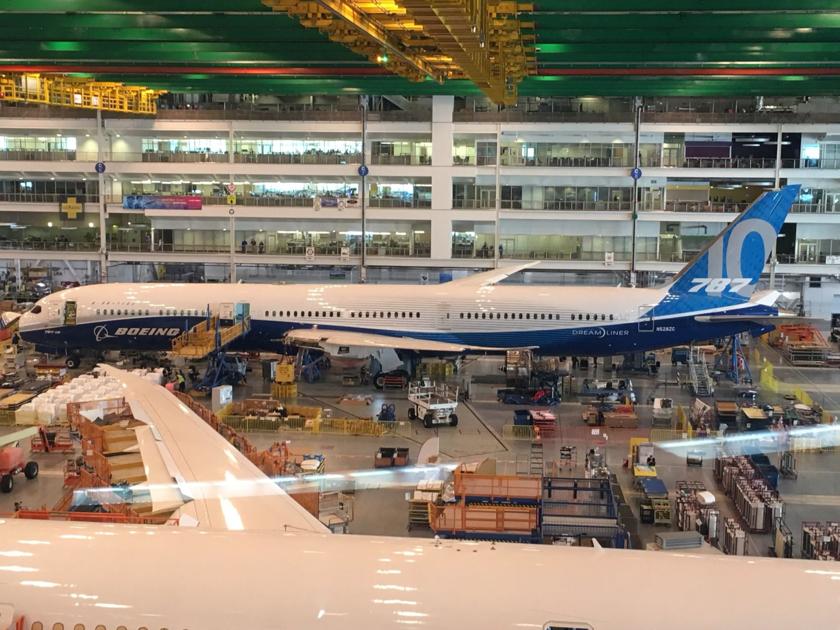 The National Labor Relations Board on Monday ruled that flight-line workers at Boeing Co.'s North Charleston plant can't join the International Association of Machinists union as their own separate group.

“Unlike most other occasions when flagrant incidents of foreign spying have been discovered on American soil, the Trump administration did not rebuke the Israeli government.”

Israeli intelligence agents were likely behind the placement of surveillance devices near the White House, U.S. intelligence has reportedly concluded. 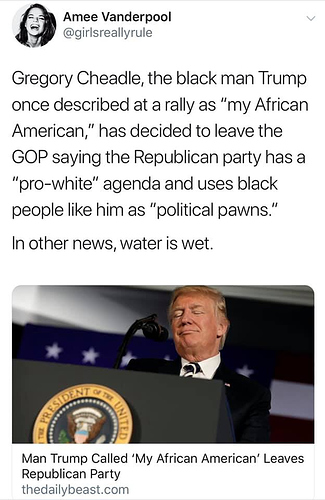