1/ Text messages reveal how two U.S. ambassadors coordinated with Rudy Giuliani and a top aide to Ukrainian President Volodymyr Zelensky to leverage a potential White House meeting between Trump and Zelensky into persuading Kiev to publicly commit to investigating Joe Biden. The House Intelligence Committee released the documents and text messages provided by Kurt Volker, a former special envoy to Ukraine, which show Volker and U.S. Ambassador to the European Union Gordon Sondland repeatedly stressing that a White House meeting depended on getting the Ukrainians to agree to the exact language that Zelensky would use in announcing an investigation. In August, Volker proposed to Sondland that they have Zelensky cite "alleged involvement of some Ukrainian politicians" in interference in U.S. elections when announcing an investigation. Democrats say the texts are clear evidence that Trump conditioned normal bilateral relations with Ukraine on that country first agreeing "to launch politically motivated investigations." (New York Times / Washington Post / Wall Street Journal / NBC News / Reuters / USA Today)

This is a companion discussion topic for the original entry at https://whatthefuckjusthappenedtoday.com/2019/10/04/day-988/
4 Likes
The Impeachment of President Donald J. Trump
Pet_Proletariat October 4, 2019, 9:06pm #2

11/ Iranian hackers unsuccessfully attempted to identify, attack, and breach 241 email accounts associated with current and former U.S. government officials, journalists, prominent Iranians outside Iran, and one U.S. presidential campaign . Microsoft said that it had seen “significant cyber activity” from a group of hackers that it believes “originates from Iran and is linked to the Iranian government,” who made more than 2,700 attempts to identify e-mail addresses between August and September. (Washington Post / NBC News)

@matt
NYT says the presidential campaign that was targeted was Trump’s. 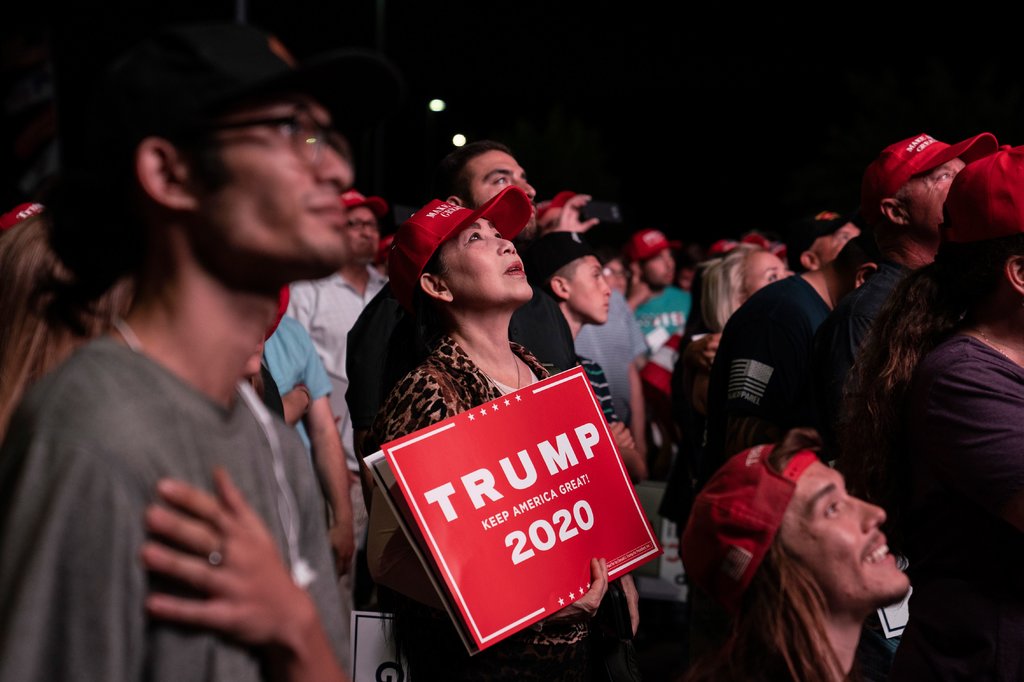 The news, according to two people with knowledge of the attacks, followed a Microsoft report that said hackers had targeted a campaign, U.S. officials and journalists.

Iranian hackers targeted President Trump’s re-election campaign, two people with knowledge of the attacks said on Friday, in a sign of how cyberattacks could become a fixture of the 2020 presidential election.

News that Mr. Trump’s campaign was an Iranian target came just hours after Microsoft said in a report that hackers, with apparent backing from Iran’s government, had made more than 2,700 attempts to identify the email accounts of current and former United States government officials, journalists covering political campaigns and accounts associated with a presidential campaign.

You wonder - Perhaps there is a correlation between being called out by an intelligence group which leads to the House impeachment process and this sudden move.

President Donald Trump has ordered a substantial reduction in the staff of the National Security Council, according to five people familiar with the plans, as the White House confronts an impeachment inquiry touched off by a whistle-blower complaint related to the agency’s work.

Some of the people described the staff cuts as part of a White House effort to make its foreign policy arm leaner under new National Security Adviser Robert O’Brien.

The request to limit the size of the NSC staff was conveyed to senior agency officials by acting White House Chief of Staff Mick Mulvaney and O’Brien this week. The whistle-blower complaint, focused on Trump’s conduct in a July 25 phone call with Ukrainian President Volodymyr Zelenskiy, has been followed by damaging reports on the president’s private conversations with other world leaders.

The New York Times has reported that the whistle-blower was a CIA officer who was at one point detailed to the White House. The complaint has become the driving motivation behind House Democrats’ impeachment effort, which House Speaker Nancy Pelosi began last week.

Two of the people familiar with the decision to shrink the NSC insisted it was largely rooted in both the transition to O’Brien’s leadership as well as Trump’s desire to increase efficiency at the agency, which grew under former President Barack Obama. About 310 people currently work at the NSC.

NYT says the presidential campaign that was targeted was Trump’s.

Sorry somehow I didn’t see this post. @dragonfly9 there are too many stories!