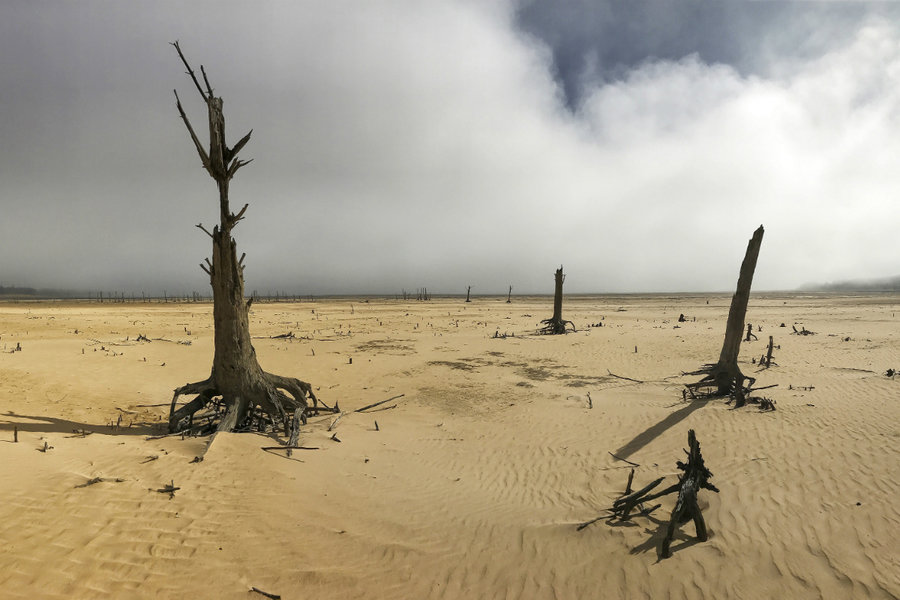 South Africans are slashing their water usage in the country's second biggest city as local reservoirs continue to shrink following months of drought. Cape Town has struggled to accommodate its 4 million residents and risks being the first global...

I know this isn’t even vaguely about Trump, but some of us are trying very hard to whip up awareness about this and hopefully drum up some help. Any assistance would be appreciated.

It’s perfectly relevant, IMO. I just read about this, and who’s to say that won’t happen here too? Oh no, we don’t need birth control or “green energy” & environmental regulations. And there’s no such thing as “global warming” as long as your “leader” denies it, right? (Just like, it’s only the “guilty” men who admit to abusing women & apologize…as long as you say it didn’t happen, then you’re innocent-)

Hey, we’ve got water to waste here, right? I mean, some think NOTHING of putting water at risk from pollution (industrial run-off) and fracking, so we must have more than enough, right?

In actuality, some highly polluted water from drilling in California is being sold for use on food crops, even so-called “organic” crops! WTF???

Being without water is frightful to think about. Especially with the LACK of leadership we have now…so yes, this is all very relevant.

And don’t forget, there are (U.S.) companies (taking legal liberties?) that are bottling & selling water, when the community the water comes from isn’t overly-supplied to begin with. This is just nuts! But apparently if you have enough money, you can afford the lawyers to take advantage of local people and make lots of money for your corporation. Really shows why we need to get money & corruption out of politics, and we must make sure that laws & common sense are fairly applied to all. That’s sure not happening with this POTUS & his pile of corrupt enablers. They’re busy trying to find ways to sell off our national resources as fast as they can.