“A place to call bullshit any time the Times or any other decent outlet gives space to normalizing Trump.”

This essay has pretty much enraged me for the entire day. It’s right up there with Mulvaney’s comments about how it (politics ala Zelensky announcing and investigation of the Bidens) happens all the time in foreign policy. 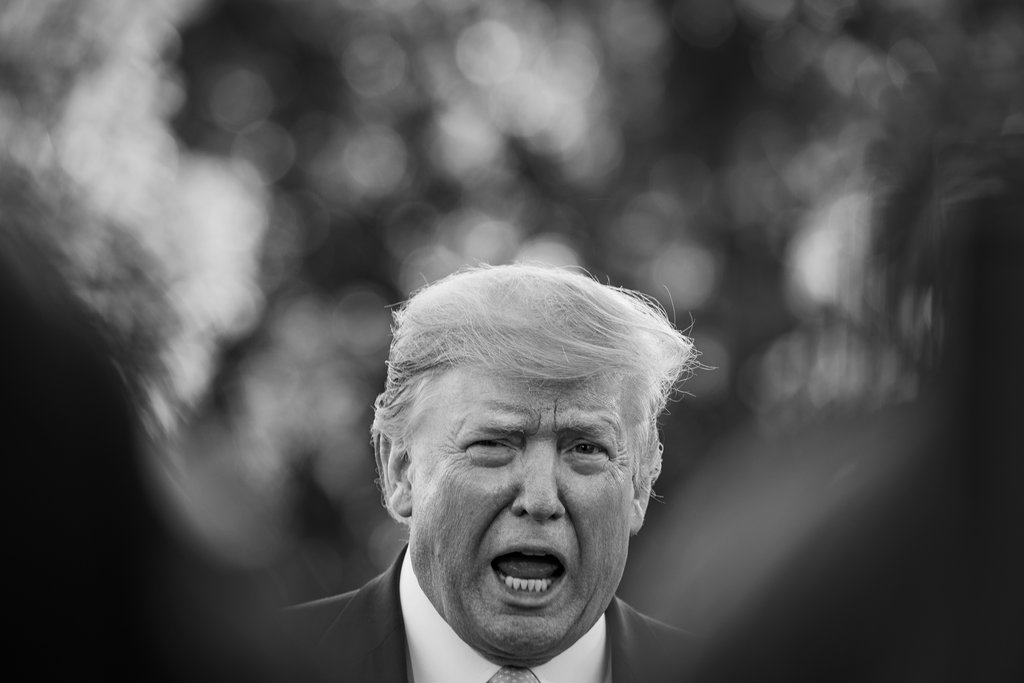 Opinion | Whom Does President Trump Remind You Of?

Uncouth he may be, but he’s not unfamiliar.

@Huddy
I just want clarify your intention for creating this thread. Is this for articles that normalize the President’s actions and words? Or do you just want to share this article?

I agree with your take, this guy is making a lot of leaps justifying Trump’s actions. While some of the things the President has done have precedent, that doesn’t mean he’s doing the right or even legal thing for the nation. Precedented and good are not synonymous.

Here’s a story for this. The whole way the media is reporting that Barr and Durham “disagree” with the IG report.

Let's be clear: Barr & Durham don't disagree with the IG report. They know the truth. Barr & Durham are fighting, lying, & gaslighting to maintain the #Trump admin at all costs. Democracy, truth, & the republic be damned. And the @foxnews #maga set loves it. #DemCast #Resist https://t.co/TFcctPzZWa

Barr and Durham disagreeing with the IG report is merely a microcosm. The MUCH larger story is that Trump is slowly undermining (or replacing!) the individuals and institutions that hold him accountable. At some point, only loyalists will remain.

Attorney General Bill Barr attacked the FBI for investigating the Trump campaign’s multiple contacts with Russian agents during the 2016 presidential campaign as being a “bad faith” probe. In an interview with NBC News, Barr outlined why he disagreed...

Attorney General William Barr's efforts to politicize the Justice Department were already a problem. Yesterday, they got much worse.

And NBC’s interview of Barr by Pete Williams is one of the WORST examples of normalizing them and giving them a platform to spread propaganda while treating their lies as legitimate. "I think our nation was turned on its head for three years based on a bogus narrative," the attorney general said in an exclusive interview with Pete Williams.

Just saw that interview. As long as Trump has his AG toady, he won’t have to worry too much about what the FBI or Justice Department does. This can go under the “Fox in Charge of the Hen House” heading Trumps fave MO.

I get that. I contribute here, to four groups on Facebook and 5-6 right now on Twitter, and also maintain a large number of very long Twitter threads (my impeachment thread is getting close to 2k posts). It helps to document it, to keep track of it and share it and know I am not alone in my outrage.

If you are Trump, it is normal to rip off vets and kids with cancer- to use your charitable fund as your personal ATM and not have it create any kind of scandal whatsoever. I guess we should just “ Get over it”. 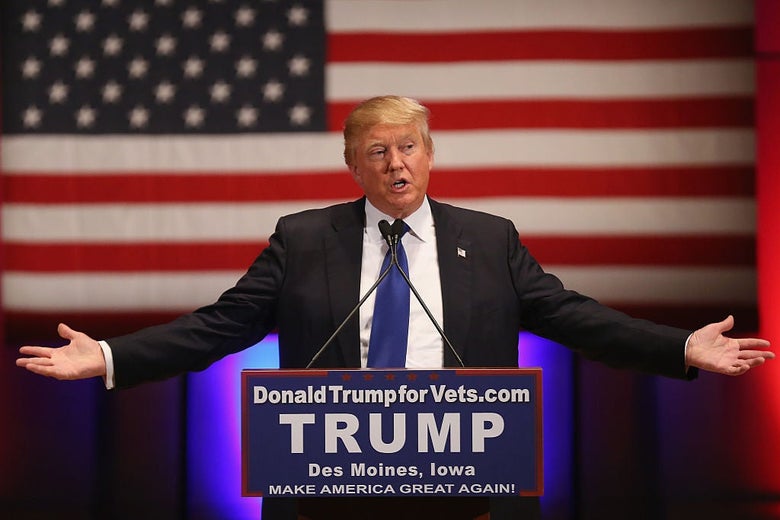 Donald Trump is in charge of enforcing the nation's laws, but he doesn't follow them. What a delicious twist of constitutional irony!

Here’s a great new “normal”: a jury foreman may coordinate with the defendant’s legal team to make sure that the accused is acquitted before the trial even begins. Isn’t that special?!

The GOP abandons the constitution but don’t worry the NYT will explain how both sides are equally responsible. WTAF! They should retract this bullshit, it’s damaging to our Republic and insulting to the NYT core readers. 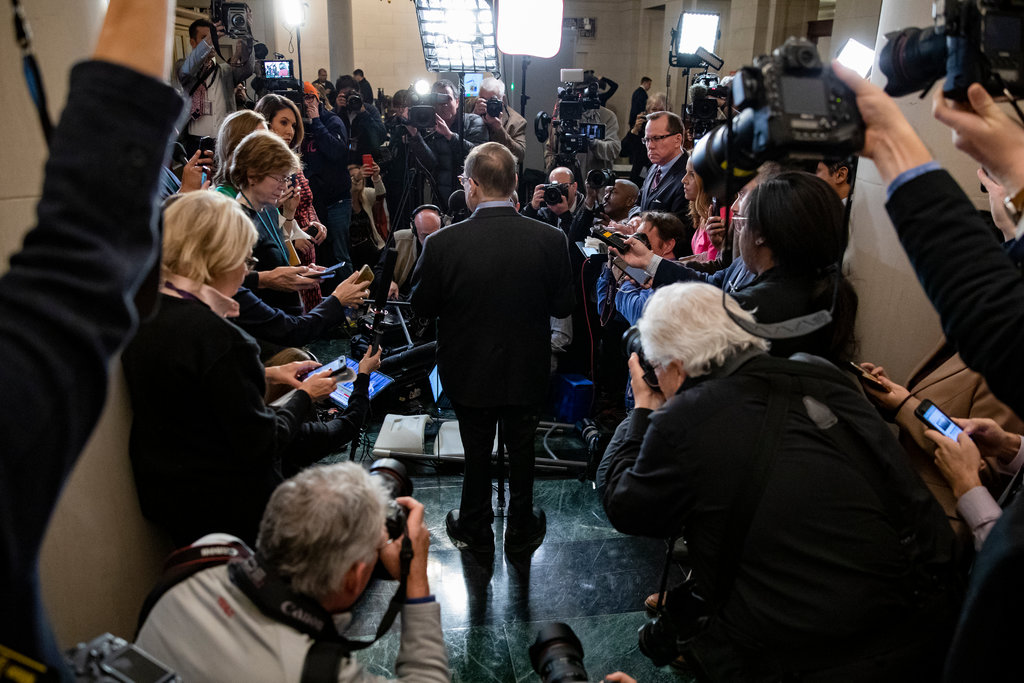 The Breach Widens as Congress Nears a Partisan Impeachment

Fleeting efforts at persuasion by members of the Judiciary Committee gave way to disputes over basic facts during a marathon debate over articles of impeachment.

Here’s a great new “normal”: a jury foreman may coordinate with the defendant’s legal team to make sure that the accused is acquitted before the trial even begins. Isn’t that special?!

Yes! Where’s the outrage when jury foreman Mitch McConnell declares he’s reached a verdict of innocent weeks before the start of the trial!? Now the head of the Senate Judiciary Committee has piled on. And Republicans have the audacity to call this a “Kangaroo Court”! As per usual, the reality is exactly the opposite of their accusations. Yes, it’s a Kangaroo Court, but a Kangaroo Court for the defense. The verdict forms have already been filled out. Sen. Graham: ‘Not trying to pretend to be a fair juror’

As a House member prosecuting the case against Bill Clinton in 1999, Lindsey O. Graham (R-S.C.) implored his colleagues: “Please allow the facts to do the talking. . . .Don’t decide the case before the case’s end.” As a senator preparing for...

Sen. Lindsey O. Graham (R-S.C.), chairman of the Senate Judiciary Committee, said Saturday that he’s already made up his mind that President Trump should be acquitted, dismissed the notion that he has to be a “fair juror” and said he doesn’t see the need for a formal trial in the Senate.

Graham, a staunch defender of the president, made these comments overseas during an interview with CNN International at the Doha Forum in Qatar.
…
Graham dismissed the notion that it was inappropriate for him to share those thoughts given his purported role as a juror in a Senate trial.

“I am trying to give a pretty clear signal I have made up my mind. I’m not trying to pretend to be a fair juror here,” Graham added.

Graham’s comments come on the heels of Senate Majority Leader Mitch McConnell (R-Ky.) disclosing that he intends to work in concert with the Trump legal team on how a Senate trial will work.

Val Deming can add Graham to her list of those who cannot possible swear an oath of impartiality. 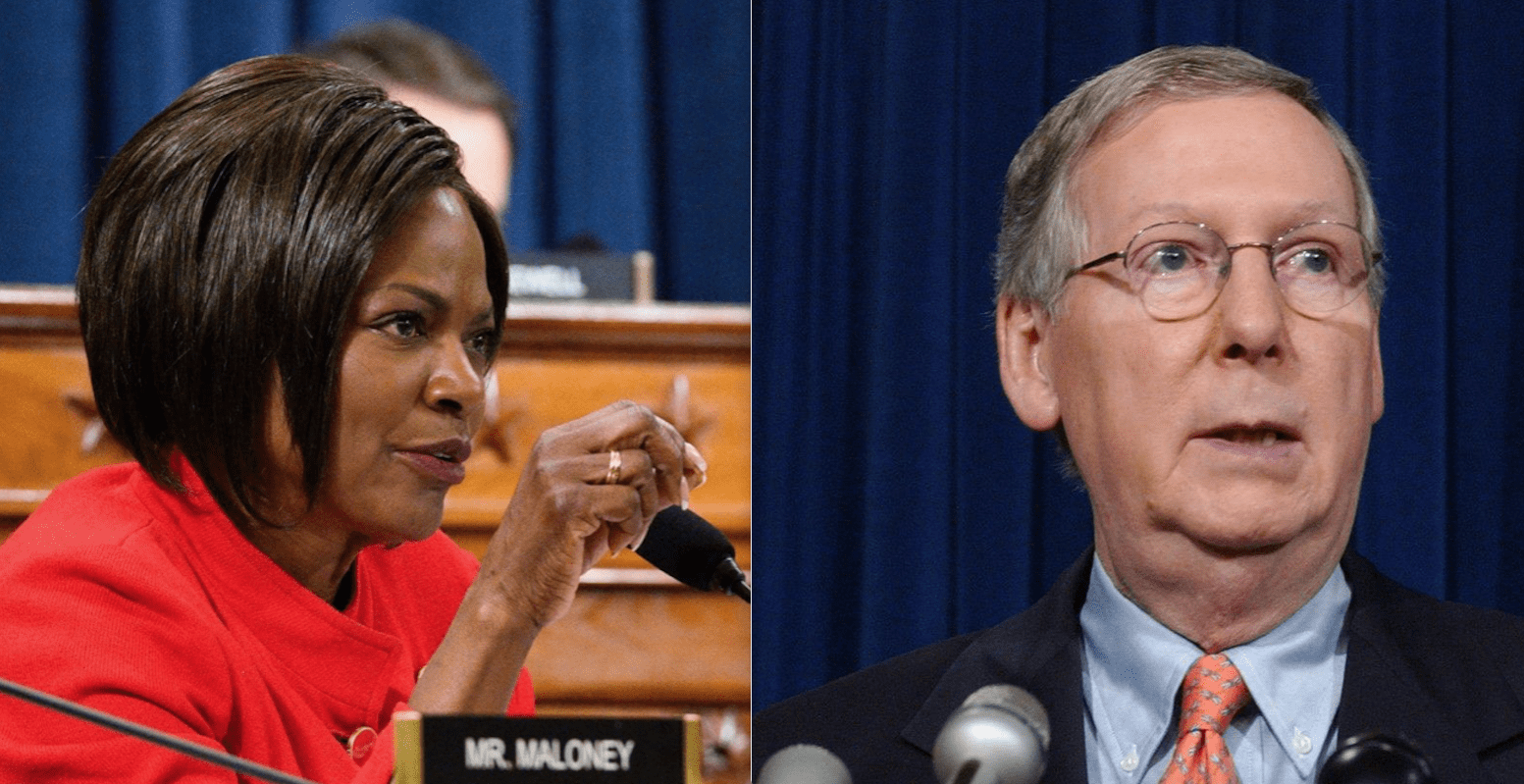 It’s not a bad topic. The fact is that there is a frequent trend toward normalizing the things he and his regime do despite them being very much NOT normal at all.

I think it’s important to call bullshit any time the Times or any other decent outlet gives space to normalizing Trump.

I added a quote of your description up at the top so everyone knows what this one is about.

Thanks. This whole WTFJHT thing might be the only thing keeping my head from exploding!