Good on Google to swiftly fire this moron, but it doesn’t mean the issue is gone. Obviously a lot of Googlers (and tech workers in general) agreed with this guy. 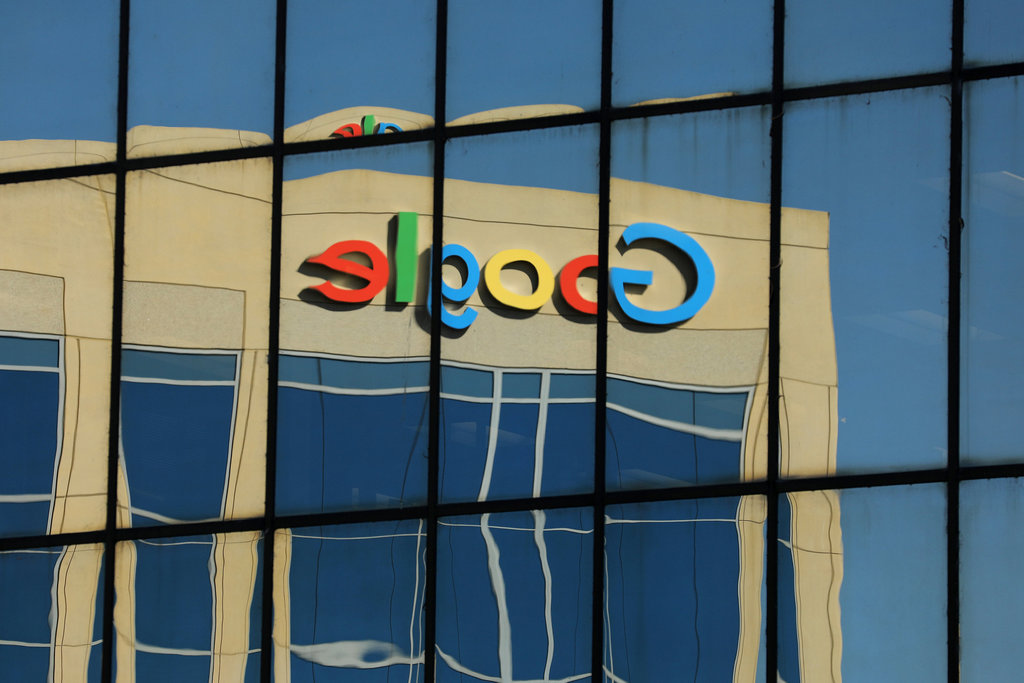 The employee, who confirmed his firing, argued in the memo that the gender gap among high-tech employees was due in part to biological differences.

Freedom of speech does not mean freedom from consequences…

I’m actually surprised he got fired, happy AF don’t get me wrong, just surprised. I think my expectations are so low I’ve colored my view of society too dark a shade of jade. 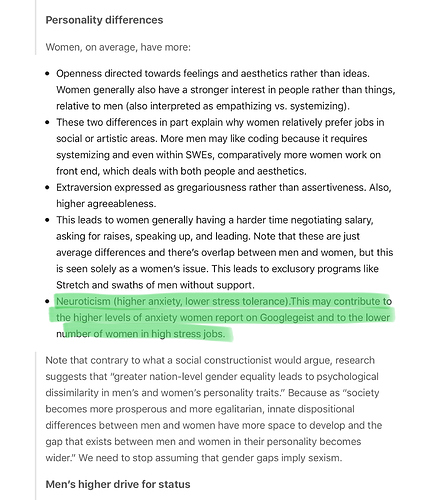 It sounds an awful lot like the 1800s when women were diagnosed with “hysteria”.

A couple of good articles that I’ve read this week to help myself process this (and our political environment more generally):

So, about this Googler’s manifesto.

You have probably heard about the manifesto a Googler (not someone senior) published internally about, essentially, how women and men are…

This guy just won’t go away and now he thinks Grand-Wizard is a cool nickname. Wtf?! James Damore asked Twitter users if they agreed with him that Ku Klux Klan titles such as "Grand Wizard" were cool.

@mouseam that’s a very astute point, and on a completely unrelated note I’m sad to say my brain just wants to make immature jokes about vibrators.

Strictly speaking, the term “neuroticism”—as it appears to be used in the field of psychology—is not inherently a pejorative label nor a judgement about whether a trait on the spectrum of calm-to-anxious is “good” or “bad”.

For example, limited anxiety can be an effective motivator and might even enhance performance depending on the situation; people experience anxiety in different ways.

However, these descriptors can certainly be leveraged and abused.

(Whether the term’s use is relevant or appropriate here, I don’t know. I haven’t read it, but presumably the rest of the manifesto shapes and conveys underlying intent, whatever that may be. Just on this single page, though, in some instances he appears to draw strong causal associations where “preferences” are more likely driven by gender stereotypes, imposed social structures, and workplace biases.)

In psychological trait theory, the Big Five personality traits, also known as the five-factor model (FFM) and the OCEAN model, is a suggested taxonomy, or grouping, for personality traits, developed from the 1980s onwards. When factor analysis (a statistical technique) is applied to personality survey data, it reveals semantic associations: some words used to describe aspects of personality are often applied to the same person. For example, someone described as conscientious is more likely to Th...

On a statistical basis, there may be some kernel of truth (see below) to the statement on anxiety when interpreted broadly; however, caveats, nuances, and disclaimers apply, especially when characterizing individual persons. It’s reflexively easy to overextend scientific findings and portray/distort them as being more definitive and complete than they actually are.

Even so, if sex differences on the “neuroticism” axis are small, they should be accommodated anyway. Situational modifications, coworker training, and systemic changes would likely have a much greater impact on employee comfort, acceptance, and performance than focusing on “just so” explanations or ways to justify maintaining the status quo. 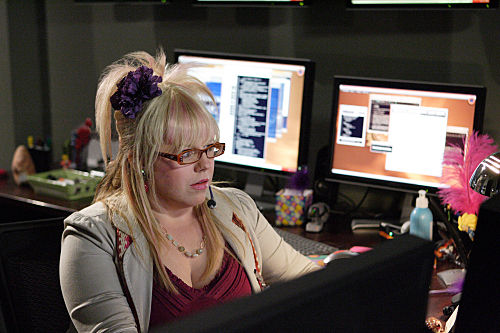 On That Google Memo About Sex Differences

A response to claims psychological sex differences are "incorrect assumptions"