This topic is for discussing news and/or collecting resources pertaining to health care under the Trump Administration.

Examples of health-related subjects of interest:

Feel free to contribute by posting:

(Anything, really. These are just suggestions to get us started

Latest on Medicare for All
Bernie Sanders is introducing his Medicare for All bill tomorrow – Wednesday, 9/13 at 3pm EST. Currently, he has 9 co-sponsors – Ben Wikler from MoveOn.org has a running thread of all of them on Twitter: here. (Also, a great follow on Twitter for Healthcare.)

Hillary Clinton was on Pod Save America today and spoke about the concept Medicare for All concept briefly. Personally (bias aside – as I believe this for some time), I agree with her take that steps like a public option much like Schatz & Murphy’s plans would probably be the better route. Medicare for All is a great goal. However, our healthcare system is too complex for that type of change right now. Taking steps to improving the ACA and progressively working towards a Medicare for All system have much higher chances of passing in Congress, since there is intense public support for healthcare as a right, to get moderates on board from both sides of the aisle.

In additional news, Max Baucus (key architect of the ACA) now backs a single payer system – shocking many former Obama staffers, who worked with Obama during that time and many healthcare experts (notably, Sarah Kliff from Vox).

The posts linked to this entry are a spin-off of what was initially supposed to be a brief health care update submitted to another thread.

They have since become longer write-ups on the recent history of Congress’ failed attempts to repeal and replace Obamacare, how the Affordable Care Act (ACA) has fared and weathered “sabotages” by Trump and Republicans since January 2017, and what is currently being debated and worked on in Congress after their return from summer recess.

(These overviews are by no means comprehensive and may contain inaccuracies. Please feel free to make suggestions, comments, and/or corrections.)

¹ Alternate title: “Lordy of the Circus Ring: You shall not pass terrible legislation.”

Obamacare’s “navigator programs” for in-person outreach, education, and sign-up assistance begin to scale back or shut down after Trump’s 41% funding cut.

The government has slashed funding for the organizations that help people enroll in coverage through the Affordable Care Act. Health reform experts predict that without adequate navigator services,…

And a follow-up to Trump’s 90% funding cut to drop advertisements right before the ACA sign-up period in November. 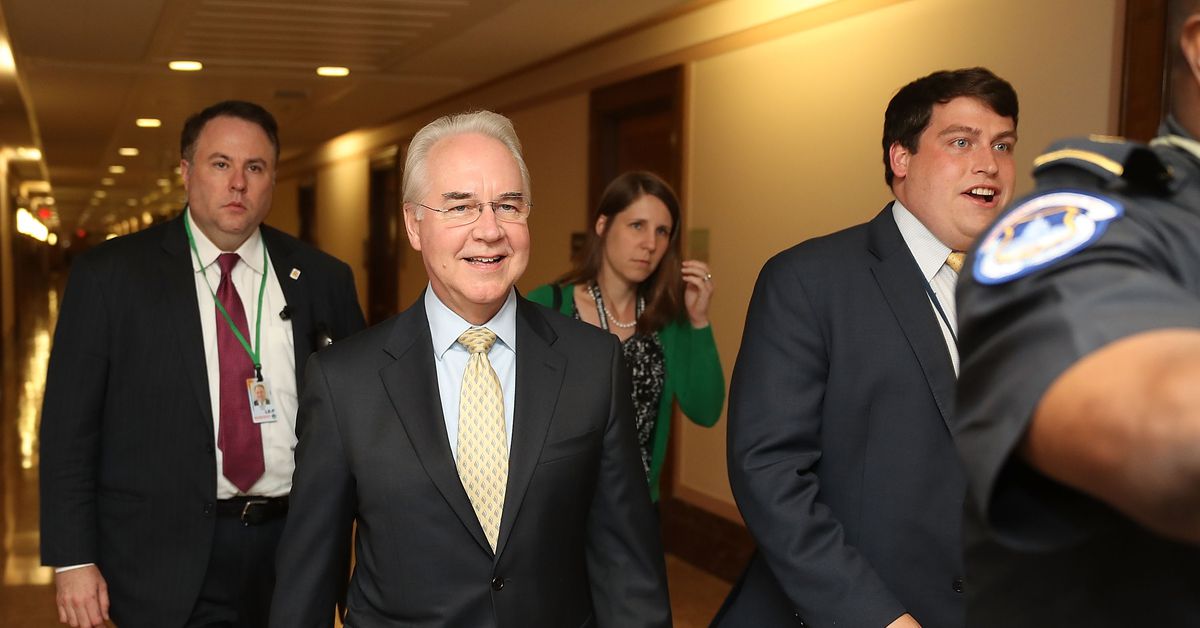 "I ran ACA outreach under Obama. Trump’s funding cuts could ruin the health...

Nice summary of some of the broader changes that could potentially be expected for certain groups under a Medicare-for-All system: 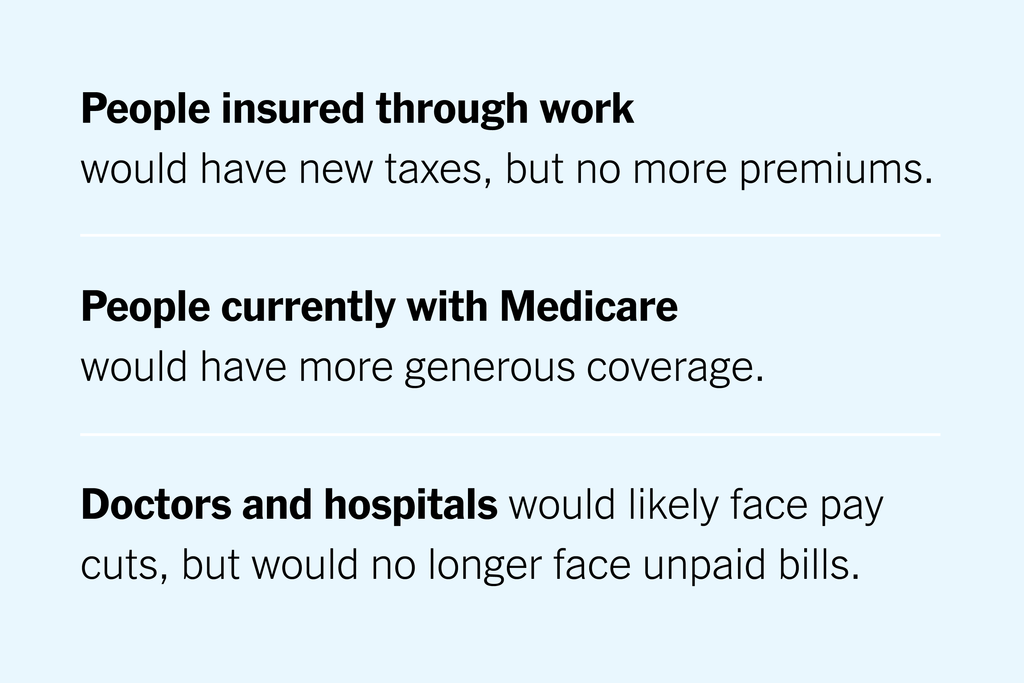 How ‘Medicare for All’ Would Affect You

Bernie Sanders’s proposal has big implications for consumers and the health care industry.

Helpful resource with detailed information for every health insurance exchange by state:

Two-thirds of Virginia was recently at risk of having no insurer in the Marketplace next year. They are now covered (again), but the effect Trump has had on insurance premium rates is readily apparent.

For example, in Virginia:

The latest Graham-Cassidy (GC) bill for health care reform has gained more momentum than previously anticipated. They only have to secure 3 or so additional votes to reach 50.

It’s less likely Murkowski or Collins (Alaska & Maine) will vote “yes” because most of the same problems they cited before still exist. The bill also drains some funds from their states (along with 32 others), but there is some discussion of giving Alaska special treatment
with 48% more funds per person (although still a funding cut compared to current law).

I want to believe McCain would vote against the bill, but the governor of Arizona has come out strongly in support of it.

Yet, many of the same medical associations, patient advocacy groups, hospitals, and insurers from before have publicly denounced this bill too. 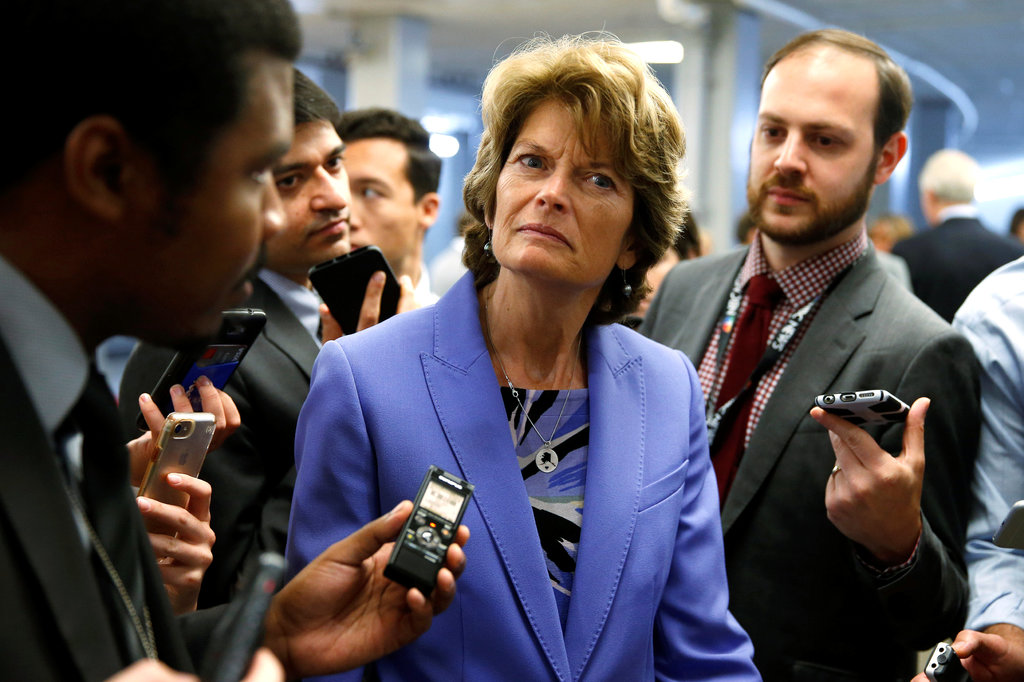 The health insurance industry, which has been cautious about previous bills to repeal the Affordable Care Act, came out sharply against the latest version.

One thing GOP has on their side is sheer desperation and a deadline by next Wednesday to pass something (anything) to repeal Obamacare, especially because Republicans promised to do so for the past 7 years. The biggest motivator, however, is probably from donors who have threatened to withhold funds until GOP passes a major piece of legislation.

This week, Republican leadership even tried to sideline a separate bipartisan effort designed to help stabilize the ACA. 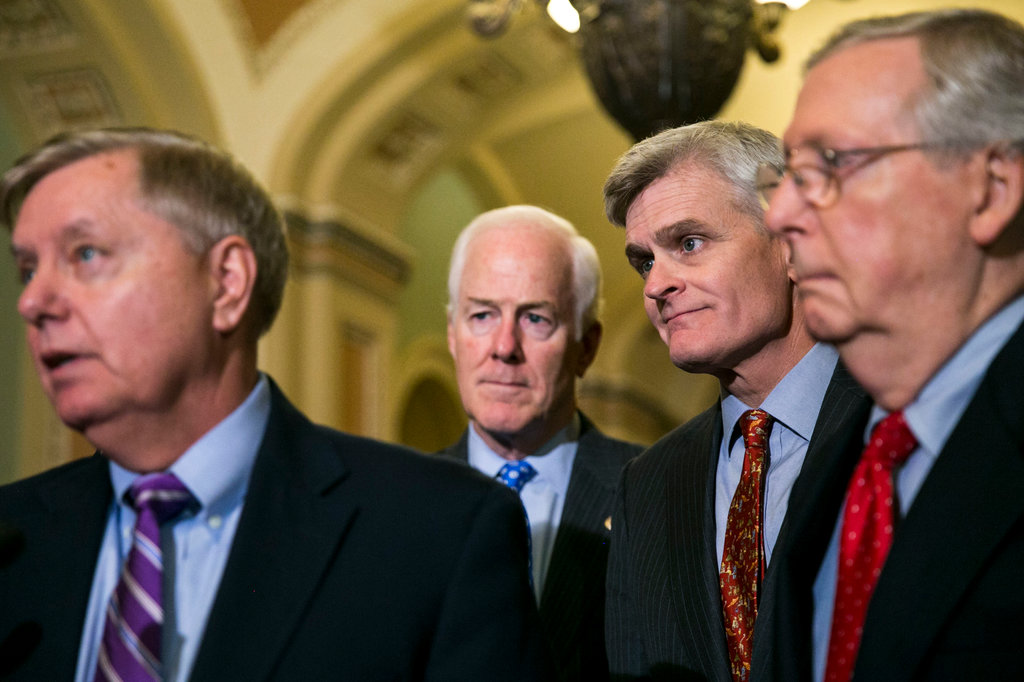 Senator Lamar Alexander gave up on his effort to shore up health care markets as his fellow Republicans pressured lawmakers to back the latest Affordable Care Act repeal.

To top things off, an official CBO budget score for the bill won’t be available by next week.

A couple independent but unofficial analyses have already contradicted some of Senator Cassidy’s claims. 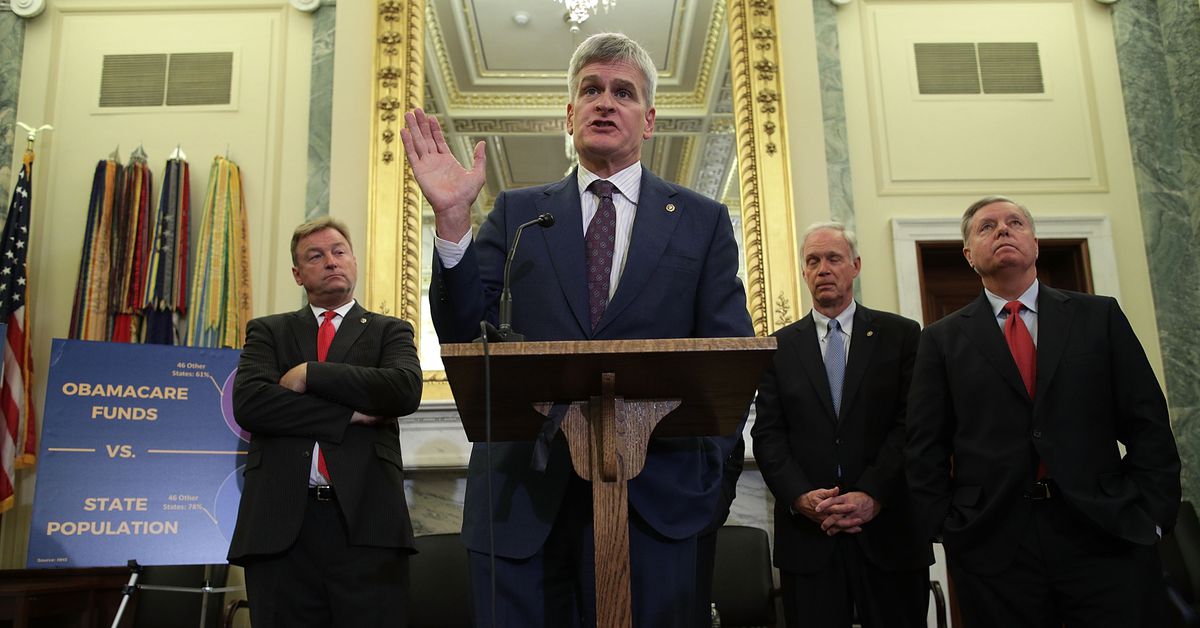 Cassidy is selling his health plan with misleading numbers

We now have three separate analyses of how the bill offered by Sens. Bill Cassidy and Lindsey Graham would affect states.

All 50 members of the Board of the National Association of Medicaid Directors issued a statement coming out against the Graham-Cassidy Obamacare repeal bill.

The National Association of Medicaid Directors (NAMD) warned Republicans on Thursday that the Senate's latest ObamaCare repeal bill would place a massive burden on states.

Other major health organizations and groups that disapprove: 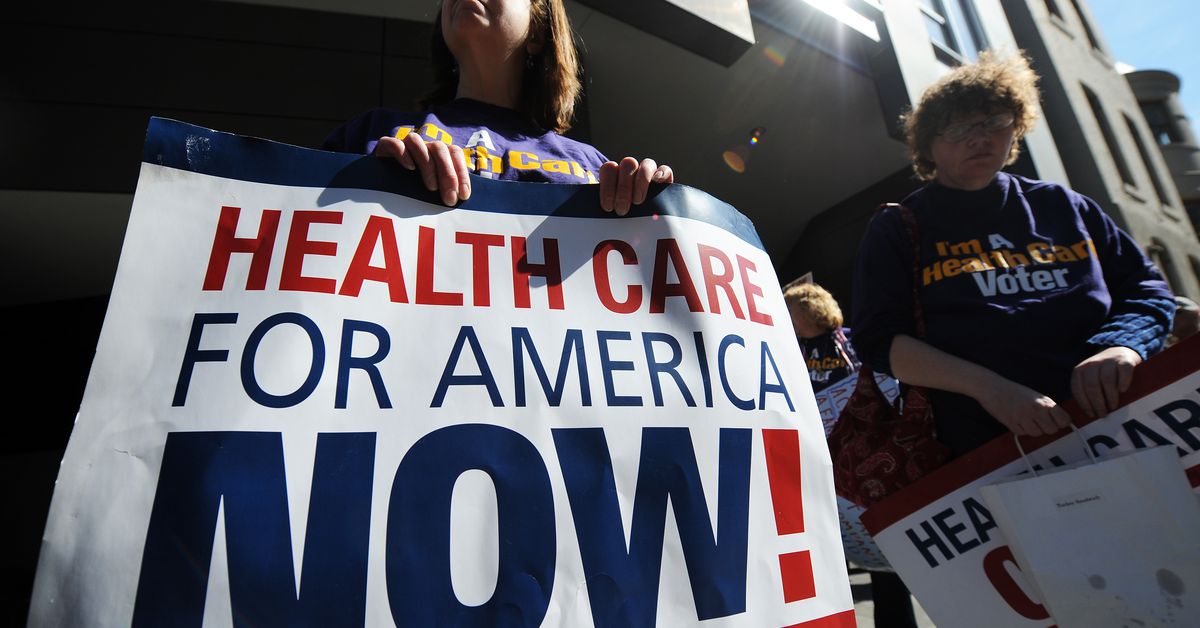 What every major health group has said about Graham-Cassidy

Several health groups have reviews of the bill — and so far, none of them like it.

I’m fucking shocked, but McCain is apparently a “no” vote on Graham-Cassidy. Sen Collins probably is as well, and I can’t wait to hear which way Sen Murakowski goes.

HHS is still hard at work at killing the ACA, from the inside.

HHS unexpectedly told states their regional directors will not be partnering or coordinating with them to educate and sign people up during open enrollment. 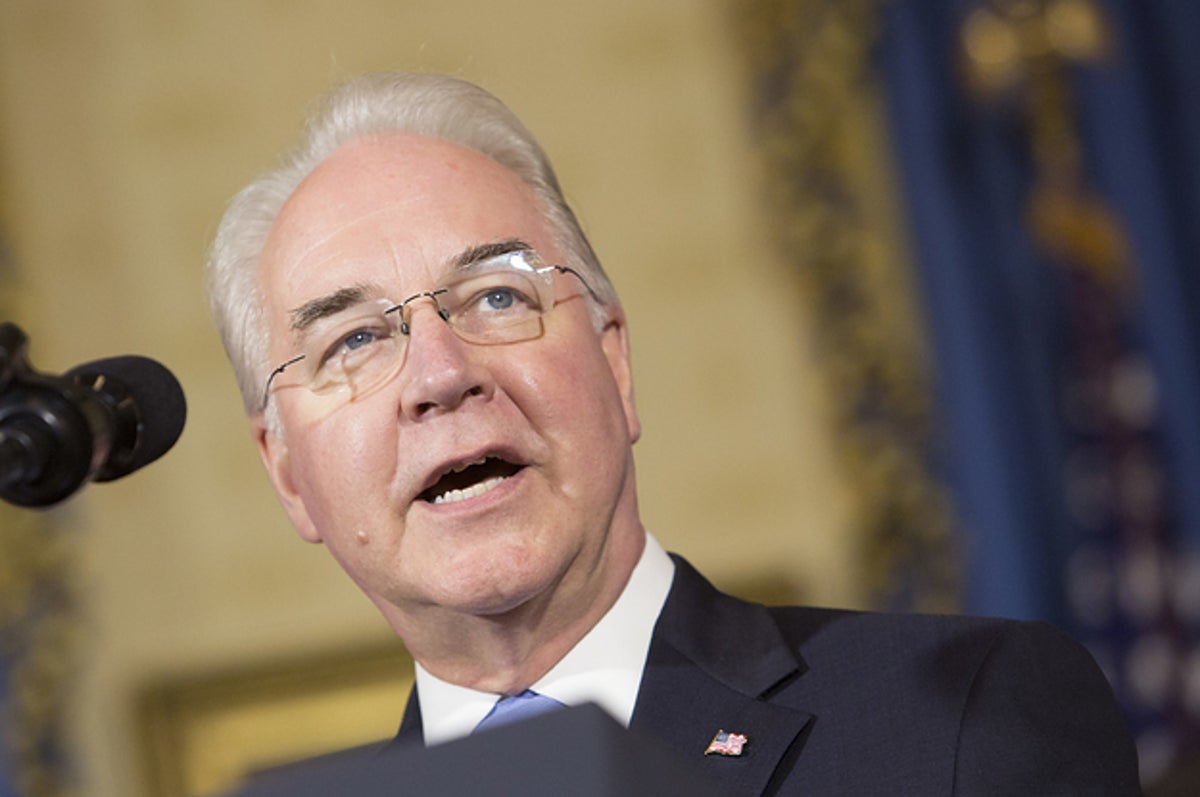 The Trump Administration Is Pulling Out Of Obamacare Enrollment Events

The Department of Health and Human Services has told states that for the first time, it will not be sending its regional directors to help states with planning for the upcoming open enrollment period.

Much like the ACA navigator program and advertisement budget (promised to them just a few weeks before cuts) & much like DACA (promised DREAMers they didn’t need to worry about being deported), HHS reassured advocacy groups their staff would assist (until they dropped out a week before scheduled events). 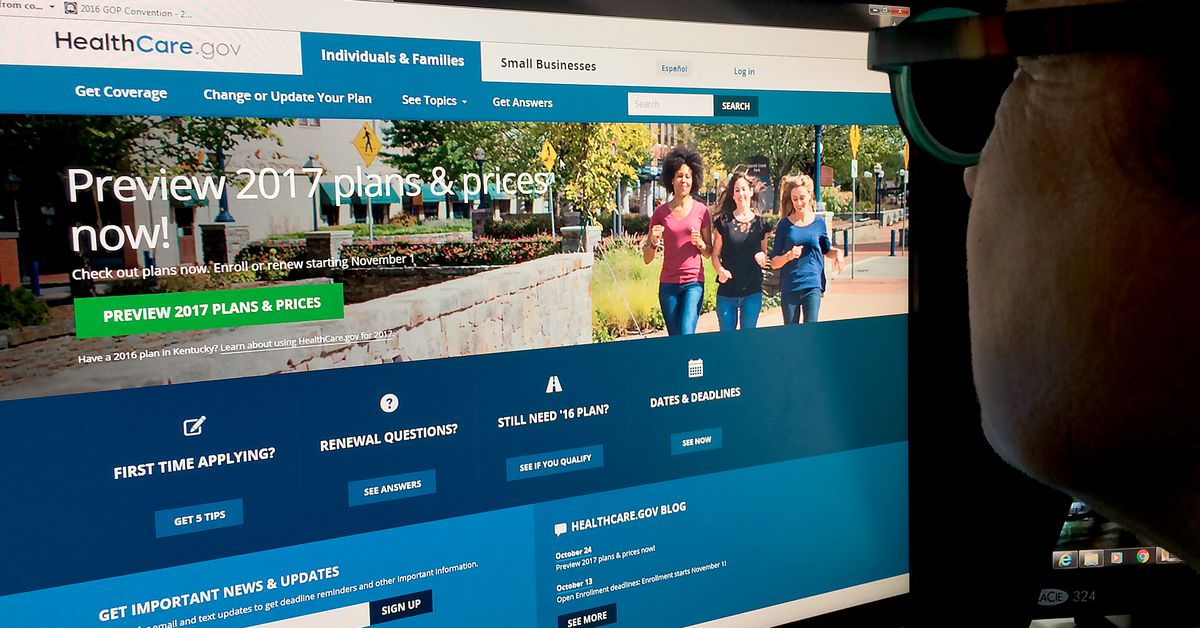 Trump administration abruptly drops out of Obamacare events in Mississippi

Read Our Covid-19 GuidesSee these resources for more information about your rights during COVID-19:


I’m not sure how recent these events are, but evidently, HHS has said they will not investigate claims of transgender healthcare rights violations, and Trump plans to remove those regulations.

My thoughts align with this article from a couple weeks ago providing “lessons learned” from GOP’s inability to come to a consensus and their failure by taking on too much at once. 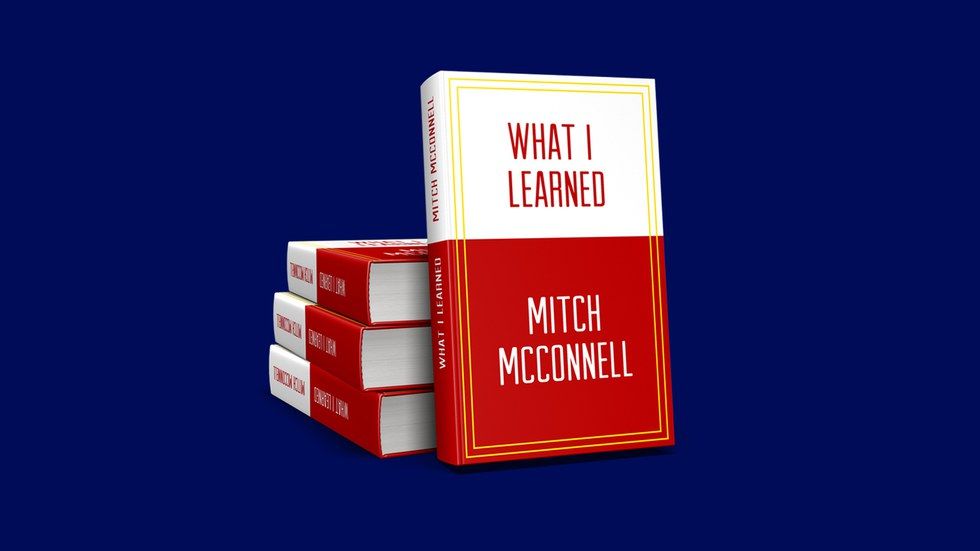 Lessons for the next act on health care

I doubt we’d get to universal coverage or single-payer within the next couple major election cycles, but I agree single-payer is a good goal to aim for. The earlier we get the word out, the more people get used to the idea and improve upon current proposals.

Also, guess which states would likely benefit the most from a public option?

Trump Country really needs a way to bypass the ACA marketplaces entirely. So Democrats' favorite policy option – the public option – would be most valuable in precisely the deep-red areas that went most fervently for Republicans and for the...