Not going to lie, I think this is a great idea & depending on who the Dem candidate ends up being, I would consider voting for them.

This supports to movement towards transpartisanship. Frankly, we need to start breaking down the partisanship divide that’s been created. This concept is likely to attract a lot of millennials on both sides, since most don’t identify with a ‘side’ to start.

Hickenlooper, who is pro-choice, would need to soften Kasich’s abortion stance (or make sure he just doesn’t make it issue). Kasich is one of the few republicans that doesn’t want to abolish the ACA! He wants to work to improve it, even if we don’t always agree on what those improvements are, it’s better than “Repeal And Go

Yourself”. Can’t forget Colorado+marijuana legalization! Hickenlooper originally did not support it, but has since come around on it.

Also, my predication that we won’t be a two party system anymore by the 2020 election – looks more and more like a reality than a hunch. 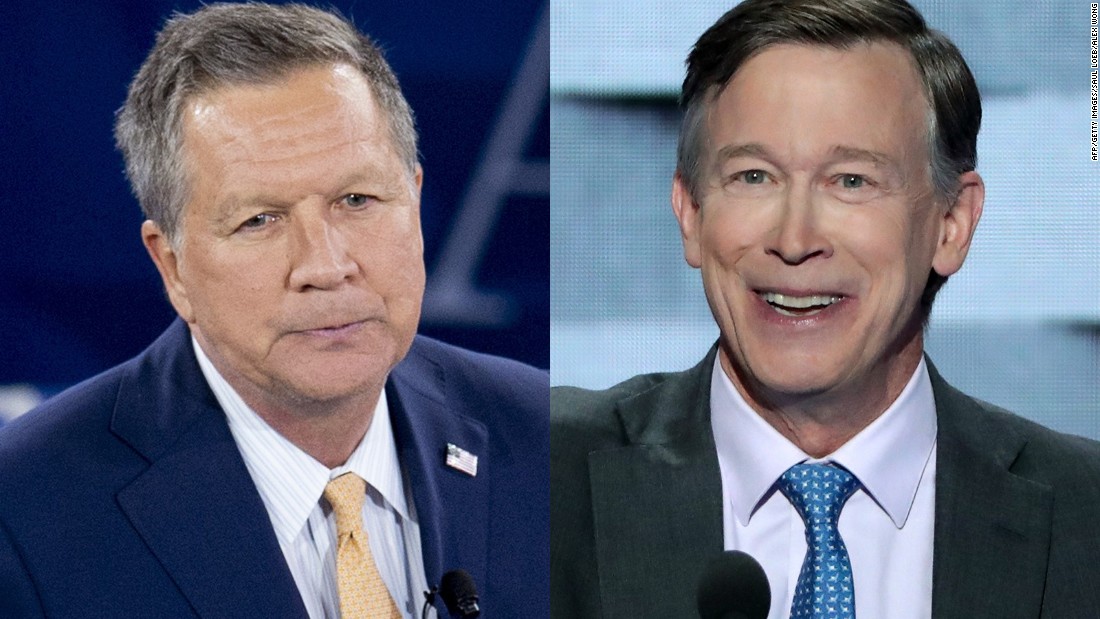 Ohio Gov. John Kasich and Colorado Gov. John Hickenlooper have entertained the idea of forming a unity presidential ticket to run for the White House in 2020, a source involved the discussions tells CNN.

I really like this idea. Kasich was one of the most reasonable Republicans and as far left as I tend to run, I would have considered him under the circumstances. I would definitely consider them if they ran independently, especially if the Dems try to ram someone down my throat again. They already have a candidate the party said I hate because racist misogyny before I or anyone else I know even knew who she was, and I consider that to be in incredibly poor taste considering everything that happened last year.

No one they’ve mentioned as contenders for their ticket is someone I would consider actively going to bat for, but I would definitely get excited about a pairing like this one. Unfortunately, like they said, it’s incredibly unlikely to the point where no one feels comfortable saying it’s an option. They’d need to run as independents, and that’s such an uphill battle these days.