Learning from the past

“Revolution is not a one-time event. It is becoming always vigilant for the smallest opportunity to make a genuine change in established, outgrown responses; for instance, it is learning to address each other’s difference with respect.

We share a common interest, survival, and it cannot be pursued in isolation from others simply because their differences make us uncomfortable. We know what it is to be lied to. The 60s should teach us how important it is not to lie to ourselves. Not to believe that revolution is a one-time event, or something that happens around us rather than inside of us. Not to believe that freedom can belong to any one group of us without the others also being free. How important it is not to allow even our leaders to define us to ourselves, or to define our sources of power to us.”

She would have been 85 this month. Her words live on and continue to guide us. 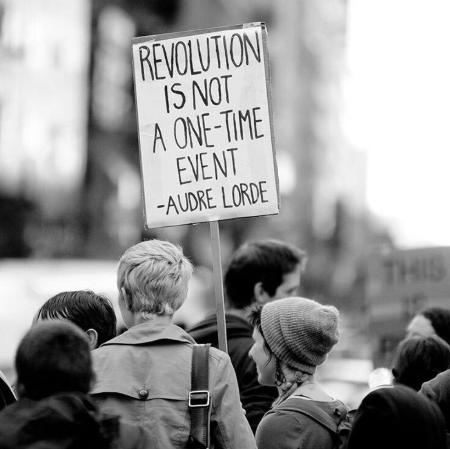 Also, I made a mistake in the last newsletter and wanted to correct it here. Unlike Instacart, Door Dash (and Amazon Flex) has NOT reversed their tipping policy and are still taking money from their workers. So, if you’re ordering out, tip cash if you can.

1. After Trump announced a #FakeNationalEmergency, we’ve seen a lot of groups taking action against it:

With the help of MoveOn, more than 50,000 people participated in 277 events around the country to push back against Trump’s decision.

16 states are suing Trump to try to stop his manufactured crisis.

The Governors of New Mexico and California pulled most of their national guard troops from the southern border because, as Gavin Newsom put it, “We are not interested in participating in this political theater.”

And the House and Senate will take a vote to stop the national emergency declaration which, if nothing else, will force Republicans to go on record in the fight to preserve the separate but equal branches of government.

2. Following pressure from the community and local organizers—including Make the Road NY and Desis Rising Up & Moving—Amazon cancelled their plans to open a new campus in Long Island City, New York because they couldn’t take the heat.

4. The New York City commission on human rights announced a ban on the discrimination of hairstyles—becoming the first rule of its kind in the country.

5. Current and future employees at Google will no longer be forced into arbitration when they bring complaints against the company.

6. A Democrat who won his election by one vote back in November, is finally an official member of Kentucky’s House of Representatives after his opponent gave up on contesting the results any further. #EveryVoteCounts

7. A request by Harris County’s District Attorney to hire 102 more prosecutors was denied, thanks in large part to push back by local criminal justice reform organizations.

8. A lawsuit challenging Mississippi’s felony disenfranchisement laws now has class action status thanks to a judge’s ruling. If successful, this could reinstate voting rights to 30,000 people in the state.

9. Telemundo will host a Democratic presidential debate, becoming the first Spanish language network to do so.

10. R. Kelly is currently in jail after being charged on 10 counts of aggravated criminal sexual abuse.

11. YouTube is making updates to stop the spread of conspiracy videos.

12. Thanks to groups including the Community Coalition, Dignity & Power Now, and the Youth Justice Coalition, an old jail in downtown LA will be replaced with a mental health treatment center. 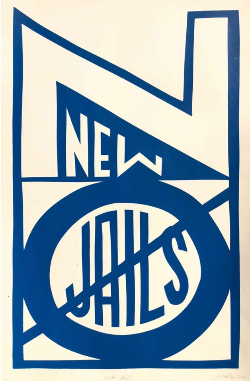 13. Coal-fired power plants are closing in Alabama, Montana, North Dakota, and Tennessee—one of which is an extra burn for Trump.

14. Illinois passed a new law to raise the minimum wage to $15 by 2025. I highly recommend this piece on why these increases are so incredibly important. #FightFor15

16. Following outrage over a disturbing and dangerous editorial in an Alabama newspaper, the paper has a new editor, Elecia Dexter.

17. LA’s city council unanimously approved a new ordinance requiring all city contractors to disclose any ties to the NRA.

18. The LAPD has been ordered to cut back traffic stops after an investigation showed that black drivers were disproportionately targeted.

20. And rather than spending billions of dollars to rebuild three gas plants, LA’s mayor announced the city will instead invest in renewable energy sources.

21. More and more young people, from the UK to Australia, are demanding action be taken to combat climate change. And these young people are organizing a worldwide strike on March 15th because, as 16-year-old Greta Thuberg says:

"You can’t just sit around waiting for hope to come.”

22. New Jersey is expanding their paid family leave policy to 12 weeks and raising the weekly compensation workers receive during their time off.

23. Following favorable rulings by federal judges, gerrymandering cases in Ohioand Michigan will move forward as scheduled which means new maps could be in place by the 2020 election.

24. And in Virginia, a federal judge ruled that the districts be redrawn by a court-appointed expert, which is going to make it hard for Republicans to hold onto some of their seats.
25. An appeals court in New York ruled that the public is allowed to see police body camera footage.

26. Thanks to the campaign Black Lives Matter At School, students in NYC are demanding more diversity among teachers, less police in schools, and an update to black history courses.

27. Hannah Beachler and Ruth E. Carter became the first black women to win Oscars in production design and costume design for their work on Black Panther.

28. Spain announced plans to close all of their nuclear plants by 2035, which is one step closer to their goal of being fully reliant on renewable energy by 2050.

29. Fossil fuel auto sales are on the decline for the first time ever in the three largest markets in the world—the U.S., China, and Europe.