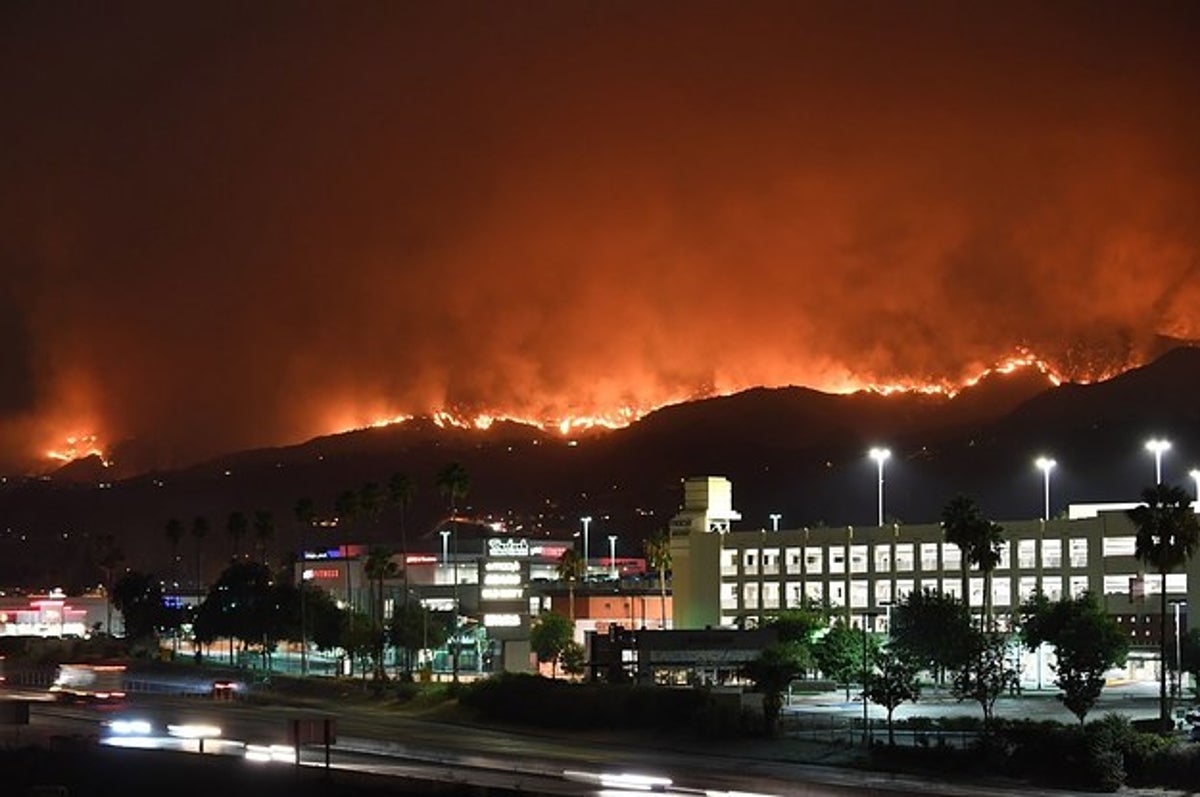 Los Angeles Is Battling The Biggest Wildfire In Its History And The Photos...

The blaze, which prompted California Gov. Jerry Brown to declare a state of emergency Sunday, is one of 19 wildfires currently burning across the state.

Trump still has yet to mention anything about the La Tuna fire, which has been burning now since Friday and is the largest LA fire ever — covering 5,900 acres of land. Thankfully due to some rain, they’ve finally got some containment (15%), the 210 freeway has reopened and all evacuation orders have been lifted.

Brush fires may not seem as frightening as a storm or hurricane, as they typically stick to “grassy” parts of land (and you know, freeways…). However, you never know. I remember my first experience in LA with a large brush fire (Griffith Park, 2007) — it’s almost scarier because your mind is in this grey area of unknown. Whereas storms, you know and can see it, right then and know you need to GTFO.

I really hope somebody does something positive for FEMA’s budget pretty soon. Between Harvey, this fire, and the fact that it’s looking increasingly like Irma is going to slam somewhere into the US coast in the next week or so as a Cat 3-ish, I don’t know what people are going to do later in the year.

In Wyoming we get smoke from the fires in Montana and Canada, but now it’s coming from California, too. Yesterday the haze was so thick I couldn’t even see the mountains. It made my stomach churn thinking about how absolutely fucked everyone is who not only has to deal with the actual fires, but with a government that doesn’t believe in climate change and underfunded support angencies that can’t actually support.

with a government that doesn’t believe in climate change and underfunded support angencies that can’t actually support.

I’m thankful we have Gov Jerry Brown who’s made it his mission to help fight climate change. Still his hands are tied at times because of the federal govt.

One thing I will say is that as long as the federal govt will continue to issue some of the waivers that it currently does to CA (at the state’s request), we will be always be at least a tiny bit better off. For example, CA (& MA) gets a waiver to have stricter requirements for fuel emissions & bc of how many people live in CA it tends to be easier for companies to just make one style of car that meets CA standards & sell nationwide instead of one for CA & one for the rest of the country.

This actually happens with more things than we realize (outside of climate, etc). Like we have a higher standard of requirements for school textbooks than most states, so most companies will just produce one version that meets CA requirements. We influence wayyyy more nationwide then most people realize.