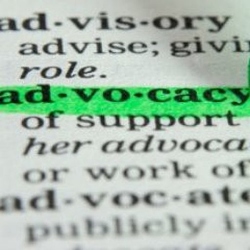 Somehow, it simultaneously feels like the impeachment inquiry has been going for ten years and five minutes–and so far we’ve only been climbing to the top of that first roller coaster drop. This week marks a turning point in the investigation nonetheless, as we transition from closed-door testimony to public hearings and start that wild freefall chaos. I’ll do my best to keep us all hanging on, though I make no promises about how stomach-turning it’s about to become. If you want to drink from the info fire hose, I also strongly recommend the impeachment archive run by the WTFJHT community!

Standard standing reminders apply: I am no journalist, though I play one in your inbox or browser, so I’m mostly summarizing the news within my area of expertise. NNR summaries often contain some detailed analysis that’s outside my expertise–I’m a lawyer, not a public hearing–but all offroad adventures are marked with an asterisk. And, of course, for the things that are within my lane, I’m offering context that shouldn’t be considered legal advice. Okay, I think that’s about it for the disclaimers. Onward to the news!

Another week, another full card of Whistleblowing Ukraine Biden Bingo– but this week both sides are beginning to take things public, which does change some dynamics. Here are the latest updates:

As in previous weeks, Disregard of Governing Norms somehow continues on despite the impeachment circus also happening. Here’s what I have for you:

So that’s what I have for this week, and I think we can all agree that it’s more than enough. For making it through, you deserve this beluga playing fetch and an eventual better government. I’ll be back next week with more (and hopefully better) news, and I hope you will be back as well–but in the meantime, feel free to ping the National News Roundup ask box, which is there for your constructive comments. Send me questions! Send me feedback! Send me impeachment ice cream!