Um… hold on to your hats. https://talk.whatthefuckjusthappenedtoday.com/t/day-1247/5662/7?u=windthin Whoa. BREAKING: MSNBC is reporting he is not resigning and staying put because he is protecting evidence and investigations against Trump and associates. Trump administration in standoff with Manhattan U.S. attorney https://www.washingtonpost.com/national-security/trump-administration-replaces-manhattan-us-attorney/2020/06/19/acae9348-b298-11ea-8758-bfd1d045525a_story.html The Trump adminis…

NTY confirms in up date https://www.nytimes.com/2020/06/19/nyregion/us-attorney-manhattan-trump.html

Adding Trey Gowdy to the co. 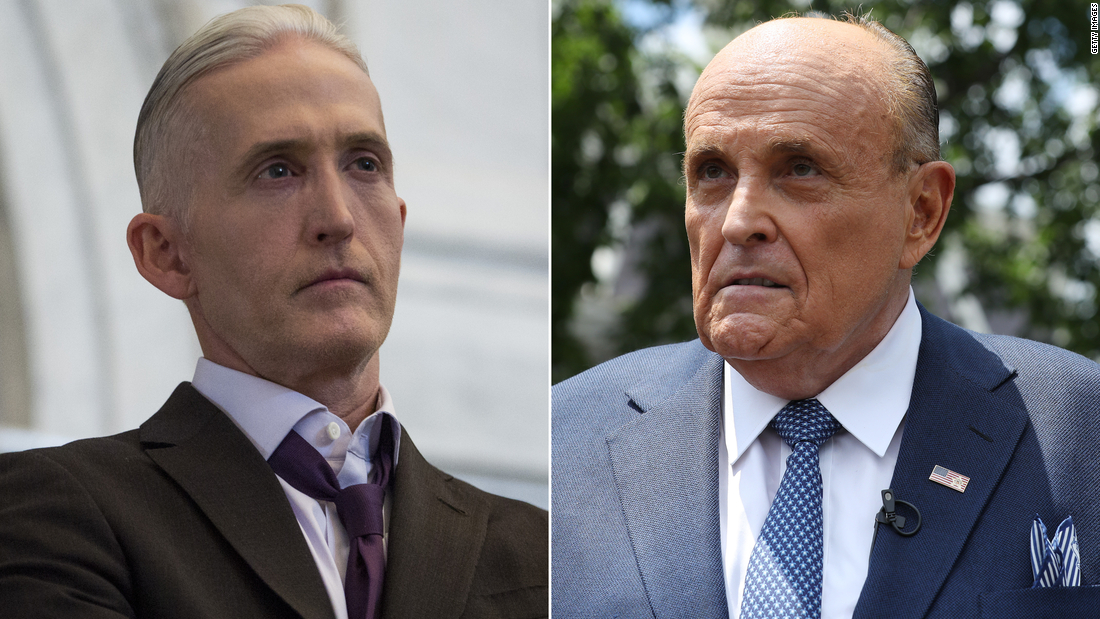 Gowdy worked with Giuliani on legal matter ahead of impeachment proceedings,...

Rudy Guiliani and Andriy Telizhenko try to distance themselves from a key compatriot in their push to gin up a Biden “scandal” now that he has been tagged as Russian agent.

President Donald Trump’s personal lawyer and a key Ukrainian ally in their plot to smear Former Vice President Joe Biden have both tried to distance themselves from collaborator Andriy Derkach after he was sanctioned and outed as an “active Russian agent” by the U.S. Treasury Department.

Rudy Giuliani, who worked with Derkach and whose work as Trump’s lawyer and top Biden-dirt-digger culminated in his own client’s impeachment, told The Daily Beast on Friday that he was no longer in touch with the Russian intelligence asset.

Asked if he was going to continue communicating with Derkach, Giuliani—who has since started working with the Trump 2020 campaign—simply replied, “Haven’t talk[ed] to him in months.” Asked if this week’s news means his friendship and collaborations with Derkach are over, Giuliani tersely responded, “No idea.”

According to Giuliani, no one from the Trump administration or elsewhere in the president’s orbit or inner circle ever warned him not to meet with Derkach, even though the Ukrainian lawmaker has long been under scrutiny for his Kremlin ties. Giuliani said nobody had even bothered checking in with him, after all this time and scandal, to express their reservations about Derkach.

In his first substantive comments since Derkach was sanctioned, former Ukrainian diplomat Andriy Telizhenko claimed the Russian asset had never been a core member of the team along with him and Giuliani, who were looking to manufacture a political scandal in Ukraine that could damage Biden and his son Hunter ahead of November’s election.

“I never liked Derkach, never knew much about his background,” Telizhenko told The Daily Beast. “The methods Derkach used—including leaking some recordings—caused harm for the team. The U.S. intelligence services must have found solid evidence about the background of that man. I am sure that everybody who knows Derkach is not surprised to hear about the sanctions.” (After publication, Telizhenko reached out to explain that when he said “team” he meant “the Trump administration and [its] team.”)

Mr. Derkach. meet bus. Giuliani Distances Himself From Ukrainian Sanctioned By U.S. As Russian Agent President Trump’s lawyer sought to downplay his meeting and contacts with a Ukrainian member of parliament who has been described by the U.S. as attempting to interfere in the 2020 election. https://www.npr.org/2020/09/11/911957914/giuliani-distances-himself-from-ukrainian-sanctioned-by-u-s-as-russian-agent

Giuliani Distances Himself From Ukrainian Sanctioned By U.S. As Russian Agent

President Trump’s lawyer sought to downplay his meeting and contacts with a Ukrainian member of parliament who has been described by the U.S. as attempting to interfere in the 2020 election. 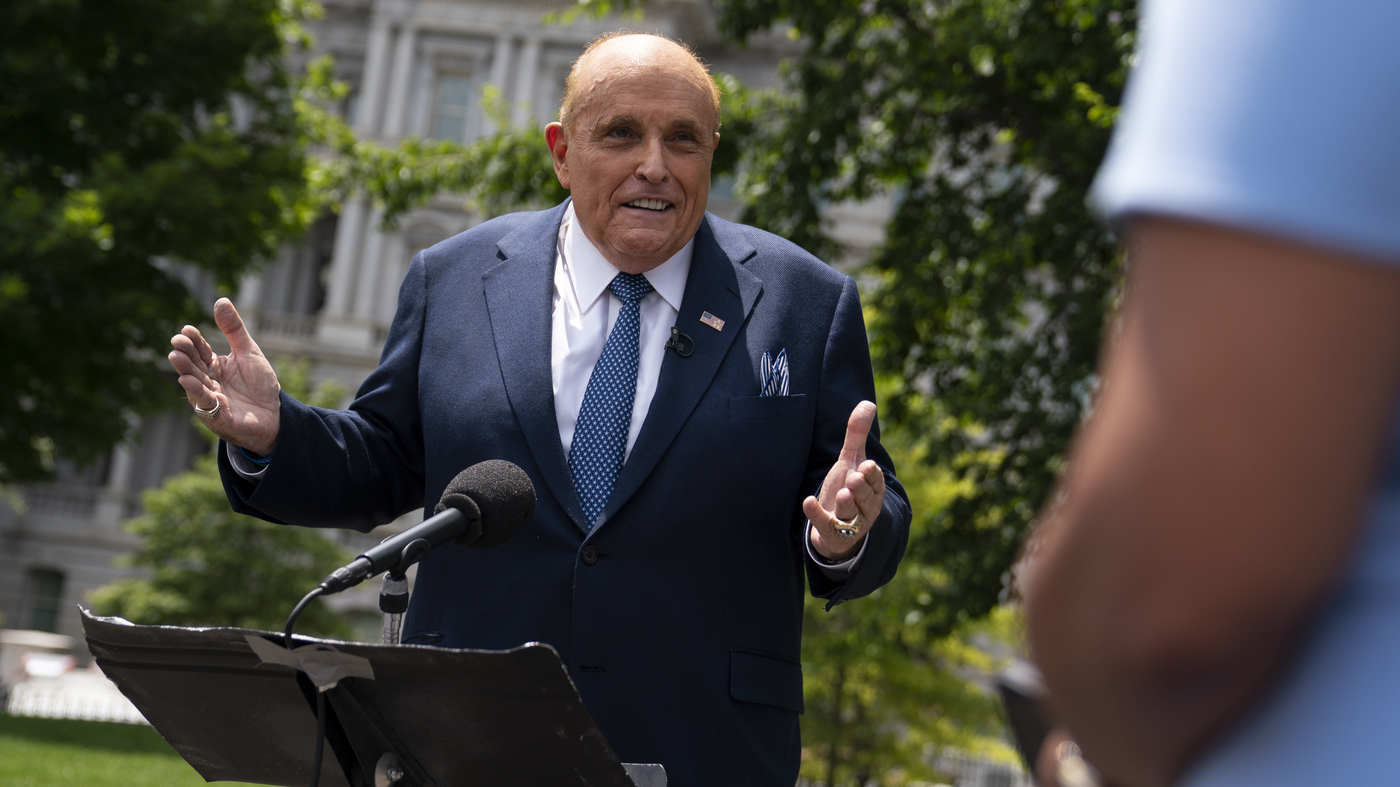 Giuliani Distances Himself From Ukrainian Sanctioned By U.S. As Russian Agent

President Trump's lawyer sought to downplay his meeting and contacts with a Ukrainian member of parliament who has been described by the U.S. as attempting to interfere in the 2020 election.

BTW, hats off to @Pet_Proletariat for curating the above in-depth archive of Giuliani articles and launching this thread!

The Rudy stories are intertwined with Trump’s Impeachment, I couldn’t not collect them but they weren’t really on the topic of Congress either. So I had this slot in my notes called Sideshow Rudy and after a while I have enough to get this started. This clown is up to no good and I think he might go to jail.

Skimming the thread I didn’t see this, it’s a bit old but still worth the watch IMO. 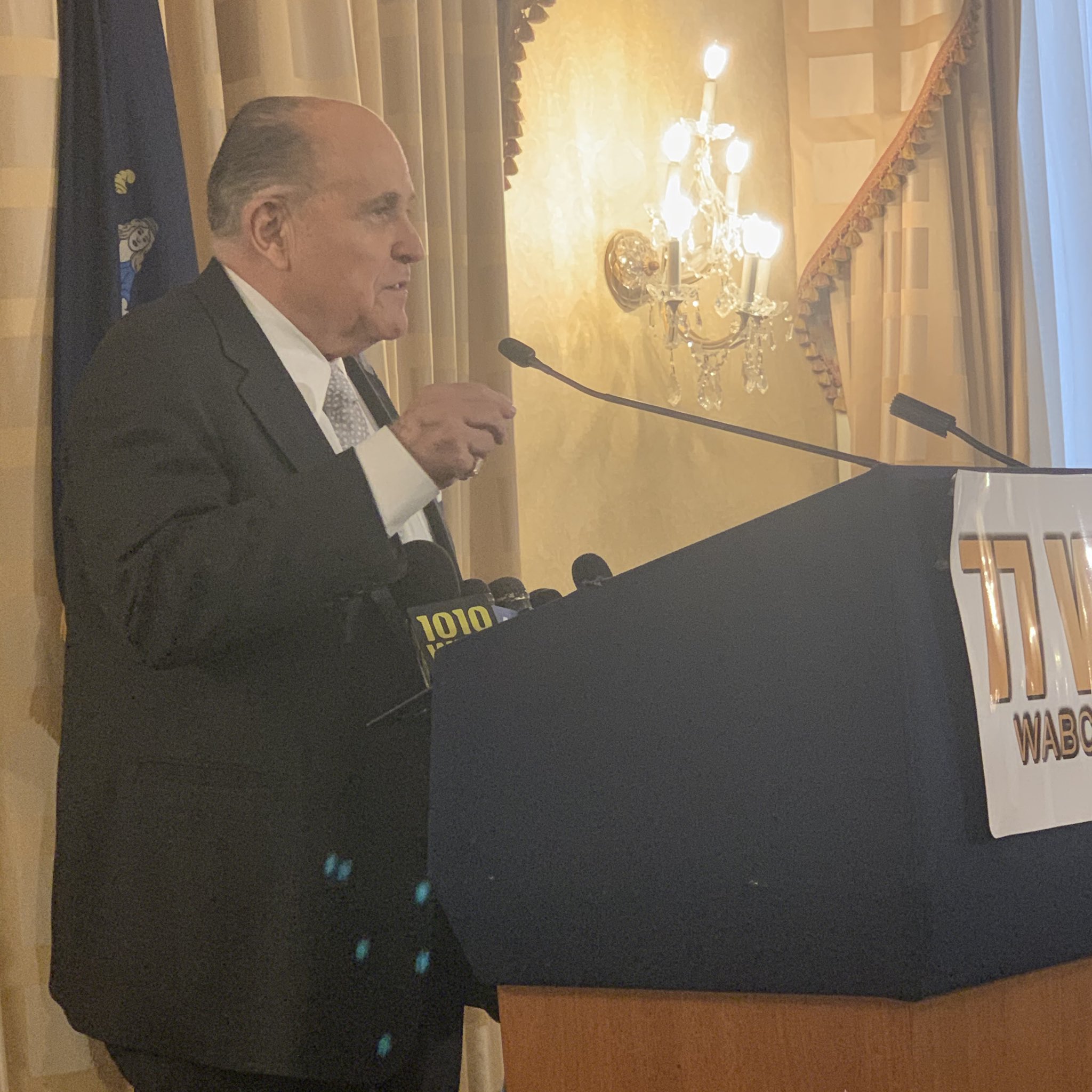 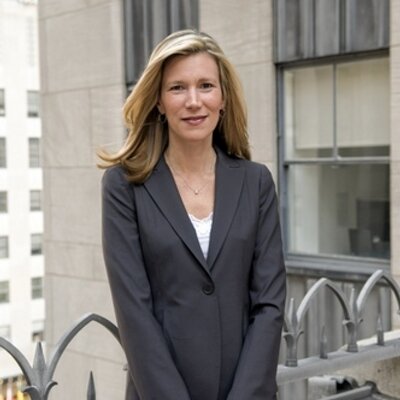 Thanks, I couldn’t come with a better one. And I left the comments open on this one because Rudy deserved his own thread.