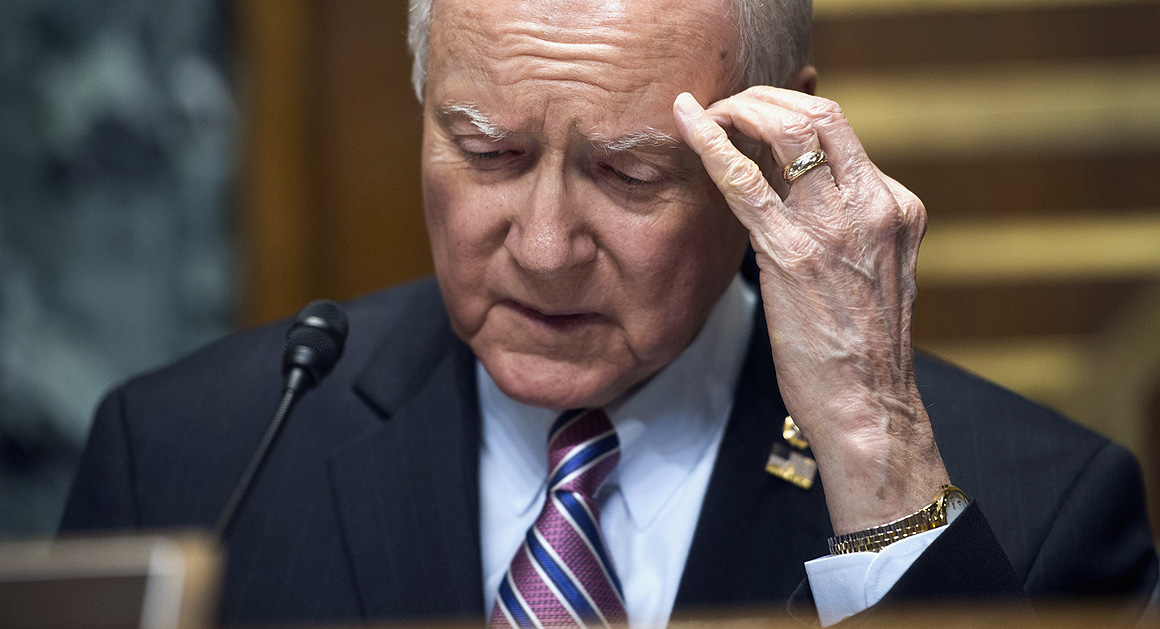 With calendar time short and other big items on the agenda, tax reform could get squeezed out.

“We’re not going back to health care. We’re in tax now. As far as I’m concerned, they shot their wad on health care and that’s the way it is. I’m sick of it,”

I am gaining a newfound respect for Orrin Hatch!

they shot their wad on health care

Thats a fucking gross way to say that, we have to get these creepy old men out of the Senate. 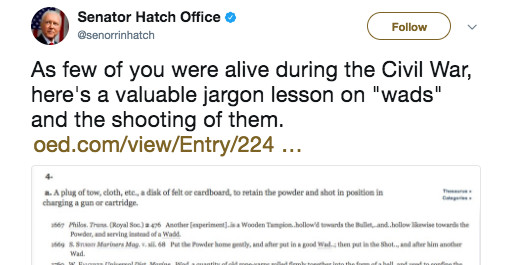 Sen. Orrin Hatch: Republicans shot their wad on health care. His office: in a...

Apparently, he was talking about muskets — not sex.

Word Origin and History for wad
n.
early 15c., “soft material for padding or stuffing,” of uncertain origin, and the different meanings may represent more than one source. Among the possible connections are Medieval Latin wadda, Dutch watten, and Middle English wadmal (late 14c.) “woolen cloth,” which seems to be from Old Norse vaðmal “a woolen fabric of Scandinavia,” probably from vað “cloth” + mal “measure.”

The meaning “bundle of currency” is American English, 1778. To shoot (one’s) wad “do all one can do” is recorded from 1914. The immediate source of the expression probably is the sense of “disk of cloth used to hold powder and shot in place in a gun.” Wad in slang sense of “a load of semen” is attested from 1920s, and the expression now often is felt in this sense. As a suffix, -wad in 1980s joined -bag, -ball, -head in combinations meaning “disgusting or unpleasant person.”

It doesn’t bother me because just about everyone I know talks like that. It’s definitely not outrageous enough to drown out the message, and they really are running out of time.

Thats a fucking gross way to say that

Especially for a 83 yr old man who is mormon. At the same time, he’s talking about his own party…