With today being Earth Day I thought I’d look back at its origins.

Gaylord Nelson, an environmentalist and senator from Wisconsin was finding it difficult to convince his colleagues in Washington to take up the popular environmental agenda that he had implemented back home when he was governor. Then, in 1969 after learning about teach-ins on college campuses an idea was born. As he noted, “if we could tap into the environmental concerns of the general public and infuse the student anti-war energy into the environmental cause, we could generate a demonstration that would force the issue onto the national political agenda.”

From there, he hired 25-year-old organizer Denis Hayes to spearhead a national day of action. Their initial network of supporters were not the students, as they initially thought, but another activated group—young women and mothers. As it gained visibility, students and others joined in. On April 22nd 1970, 20 million people all around the country participated in the first Earth Day. Within a few years, we saw the creation of the EPA, an amended Clean Air Act, the Clean Water Act, the Safe Drinking Water Act, and the Endangered Species Act.

Today, we continue to see students and women at the forefront of this movement and, as we head towards the 50th anniversary, Nelson’s words resonate more than ever:

“The real goal is an environment of decency, quality and mutual respect for all other human beings and all other living creatures–an environment without ugliness, without hunger, poverty or war. The goal is a decent environment in its broadest and deepest sense…This is the time for old-fashioned political action.”

1. Over 6,000 Amazon employees are calling on Jeff Bezos and the company’s board to adopt a climate plan that will transition the company to 100% renewable energy by 2050.

3. The editorial staff at Quartz announced that they are unionizing, joining fellow editorial staffs at Pitchfork and Ars Technica, who also recently unionized.

6. In a move to end mass incarceration, the new DA of Dallas, Texas announced a plan to enact criminal justice reform.

7. After news broke that Washington prisons had quietly banned the donation of used books, major backlash caused them to reverse course.

8. Lawmakers in New Hampshire voted to do away with the death penalty.

9. With help from the International Refugee Assistance Project, nearly 2,700 children from Central America will be allowed to travel to the US and reunite with their parents.

10. A second federal judge blocked a Trump administration effort to end temporary legal protections for tens of thousands of Haitians.

11. Tennesseans defeated a bill that would have required healthcare workers to verify parents’ immigration status before issuing birth certificates.

12. In Arkansas, DACA recipients can now receive nursing licenses and in-state tuition thanks to two new bills that have been signed into law.

13. Schools in Georgia and British Columbia will soon be stocked with free menstrual products for students.

14. Kentucky will be the first state in the country to pilot a program that will test rape kits in a matter of hours.

15. Thanks to calls and push back from Moms Demand Action in Tennessee, a bill to expand a “stand your ground” law and another aimed at arming K-12 employees won’t be heard.

16. And following months of organizing, Moms Demand Action in Arizona stopped a bill that would have allowed people to bring loaded guns onto school grounds.

17. Pittsburgh passed new legislation to restrict the use of assault-style weapons.

20. Following the murder of musician and activist Nipsey Hussle, hundreds of current and former gang members came together in New York and LA to call for peace.

21. Stop & Shop workers have been on strike for over a week to protest wage and benefit cuts, and customers are supporting the move by shopping elsewhere.

22. Over the past five years, seven states have implemented automatic voter registration and we’ve seen a boost in voter enrollment.

23. With women leading the charge, hundreds of thousands of people participated in peaceful protests that lead to the ousting and arrest of Sudan’s president. And they are now working to build a new government.

24. After donations poured in to repair Notre Dame, activists, politicians, and journalists mounted efforts to raise funds to rebuild three churches in Louisiana that were the victims of arson—and it’s working. Click here if you’d like contribute.

25. A 66-year-old ban on abortion in South Korea has been ruled unconstitutionaland must be reversed by next year.

26. Paris is purchasing 800 electric buses, making it the largest order of its kind in Europe.

27. Thanks to this scientist and a lot of global teamwork, we now have this radiant image. #AnotherReasonToBelieveInScience

While a certain report is dominating the headlines, I’m grateful to have other things to read about, watch, and listen to like this representative who holds service town halls, the work of these winners, this newsletter which is finally back, and this “celebration of African American scholarly history.” 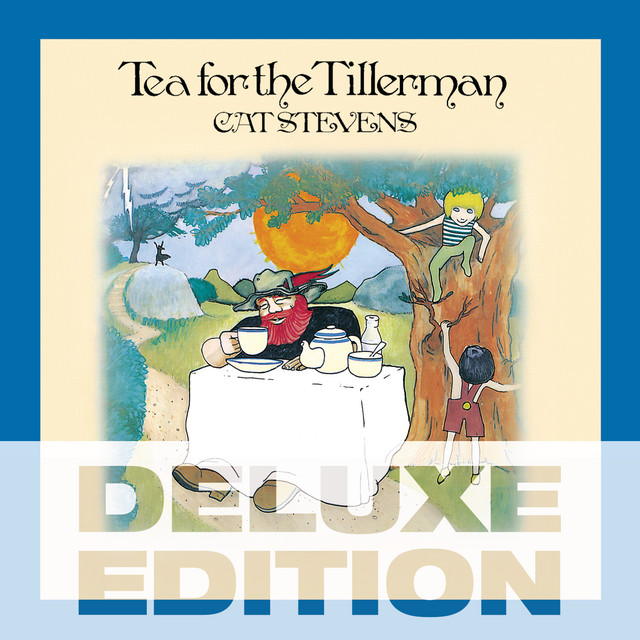 Where Do The Children Play?

Where Do The Children Play?, a song by Yusuf / Cat Stevens on Spotify

Originally published on April 22, 2019 at celebratesmallvictories.com. Republished with permission.